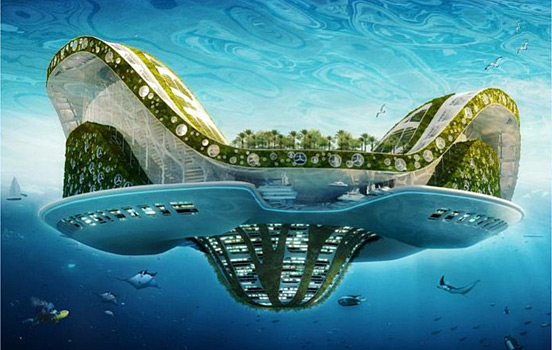 According to the International group on the evolution of the climate, the global sea level is expected to rise from 20 to 90 cm during the 21st century with a status quo by 50 cm. by 2100. More and more areas will face the disaster brought by global warm. There are few designs aiming at solving homeless people once tide rises, not to say a design as spectacular as Lilypad.

Lilypad is an amphibious city designed by Vincent Callebaut. Unlike other cities, it floats on the ocean, and is able to accommodate 50,000 inhabitants. By the integration of all the renewable energies (solar, thermal and photovoltaic energies, wind energy, hydraulic, tidal power station, osmotic energies, biomass), Lilypad can not only durably produce more energy that it consumes, but also process CO2 in the atmosphere and absorb it into its titanium dioxide skin so that it finally reaches a positive energetic balance with zero Carbone emission.

Each of these floating cities is made up of a mixed terrain man-made landscape, including an artificial lagoon and three ridges. It is intended to be either near a coast or float around the world following the ocean currents and streams. Overlooking from the high, Lilypad is just like a huge blooming lily. All its petals can be freely split and composed. Moreover, it will be accessed by three marinas and will also feature three artificial mountains for a change of scenery. The inhabitant won’t feel boring, because Lilypad will feature a variety of locations for work, study and entertainment.

The goal for this design is to create a harmonious coexistence of human and nature. It won’t come true at once though, it will be valuable for the following solutions about climate change. 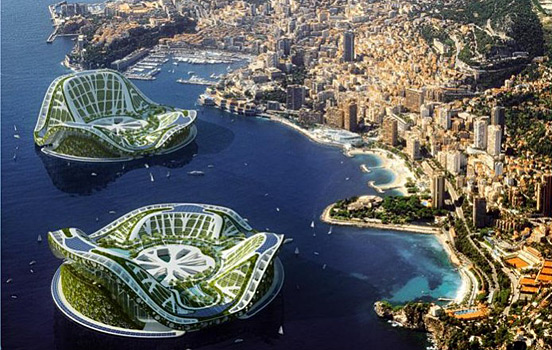 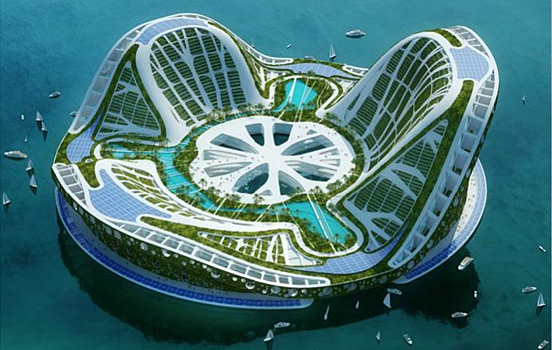 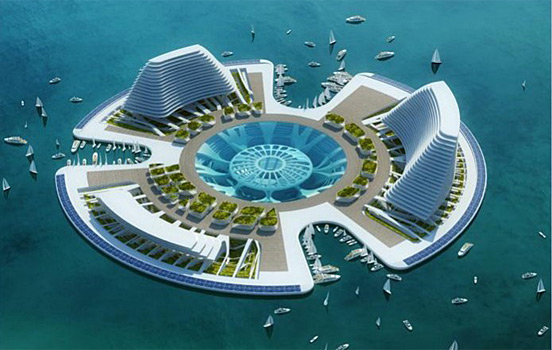 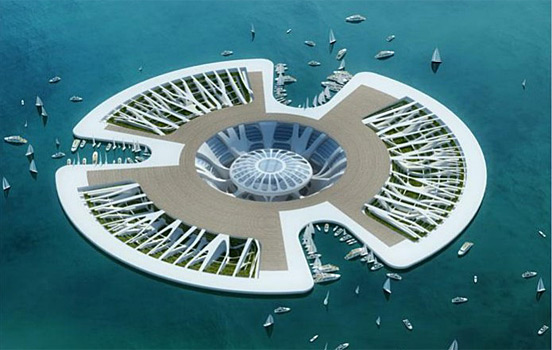 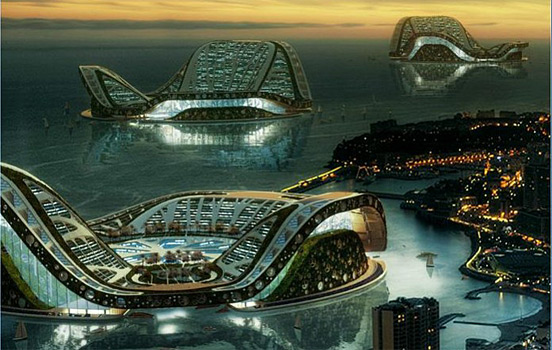 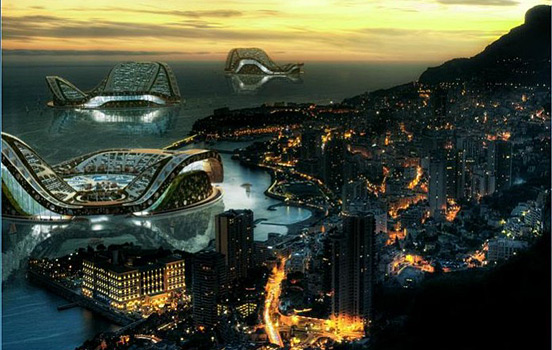 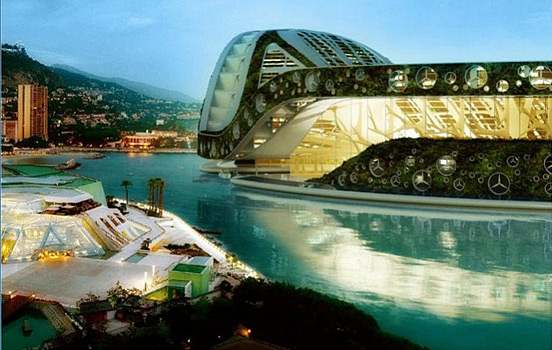 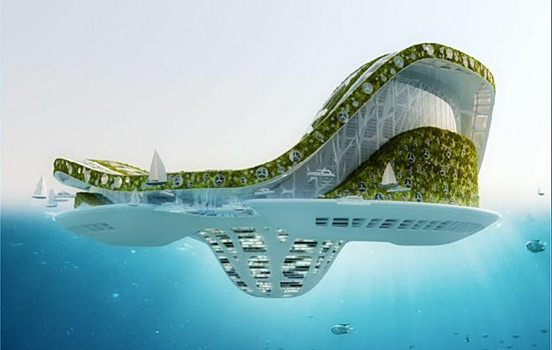 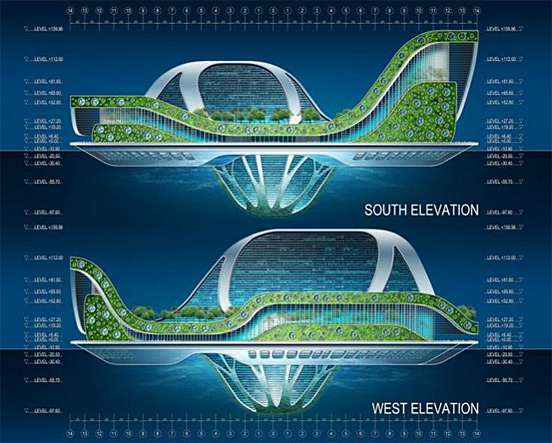