A simple watch axe becomes a piece of a dragon tail, and a watch gear becomes the eye of a smiling sheepdog portrait. This is the world of mechanical artisan TRYB, who shapes watch parts into steampunk-inspired creations. The Polish artist’s diligent work and scrutinizing eye have led him to create a variety of jewelry and artworks which he sells on his website. The following pieces illustrate that nearly anything, even gears from broken watches, can be made into something beautiful.

Each piece has its own inspiration with previous inspired by The Witcher video game, Tolkien, nature, and other elements. Where others might see a simple watch, the artist sees the pieces necessary for an elaborate scene of a gold-hoarding dragon or a wolf howling at the moon. Many of the pieces displayed on TRYB’s website are one-of-a-kind, sometimes by request by fans. Nearly every part has been hand-soldered rather than glued which requires a very precise hand and impeccable attention to detail. 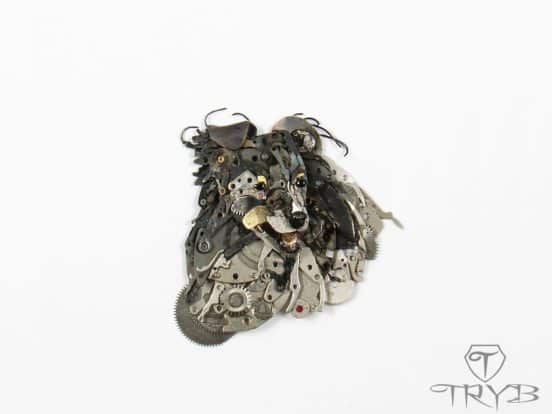 This full-detail relief portrait of a Shetland Sheepdog named Tango was one of my watch parts and is quite small. The watch parts have been heated to alter the color to match the dog’s coat colors. 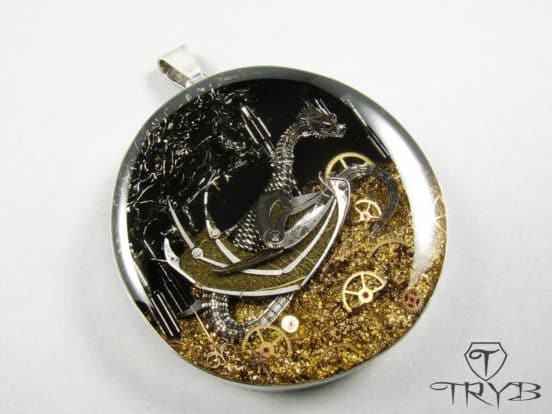 A tiny dragon named named Iffjolk waits in his cave with his treasures. The tail and neck are made entirely of watch parts and the setting is from a XIXth centry watch case. 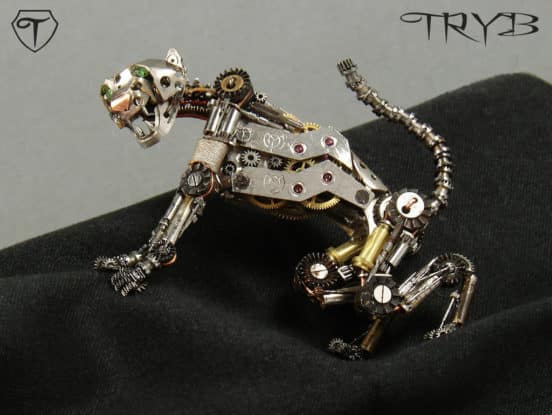 TRYB’s artwork has a great spirit as the piece features personality. Thast’s the case with this watch part cheetah which looks like it could leap off the table. 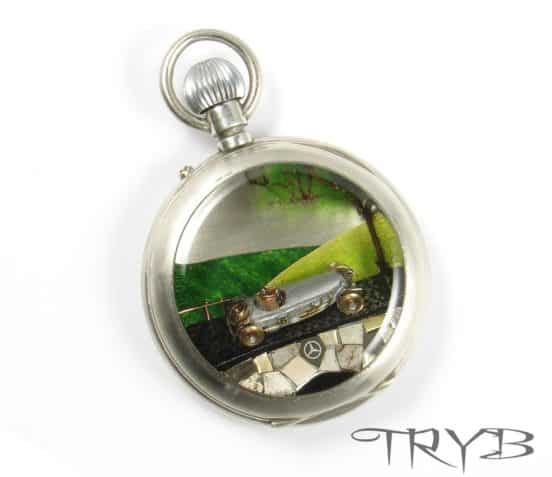 A Roadster Oldsmobile inspired with Mercedes SSK roams down a bridge made of shattered watch faces in this unique pendant. 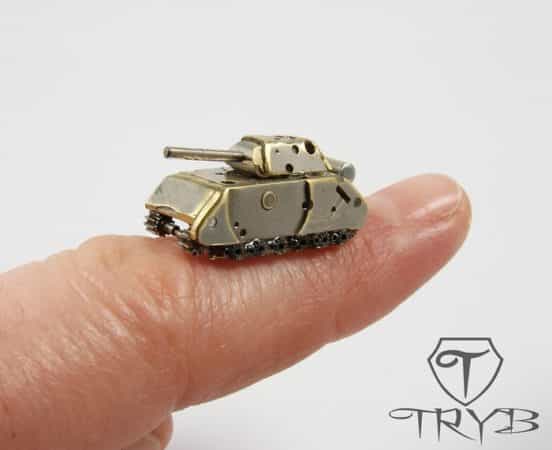 Mechanics become art with this tiny tank, Panzerkampfwagen VIII MAUS that’s no bigger than a coin.

It seems like the tiny gears and workings of a watch provide unlimited possibilities to this artisan.