Best Bingo Halls in the UK

During the golden age of bingo halls – which is commonly believed to be between the 60s and 80s, there were thousands of locations to choose from. These days – there are under 300.

In fact, there is no denying that it was the number one source of entertainment in the UK for a good few decades. There was a bingo establishment on almost every street, and in every town or neighbourhood.

With the rising popularity of the internet in the 1990s, bingo clubs saw a major decline in the number of players attending.

The introduction of the smoking ban in 2007 didn’t help either. A whopping two-thirds of people who still frequented bingo halls regularly were smokers. The whole experience of yesteryear was changing fast.

If you are keen to experience the atmosphere and entertainment that comes with a land-based bingo hall – then there are still a few options available to you. But, most are operated by Mecca and Gala. 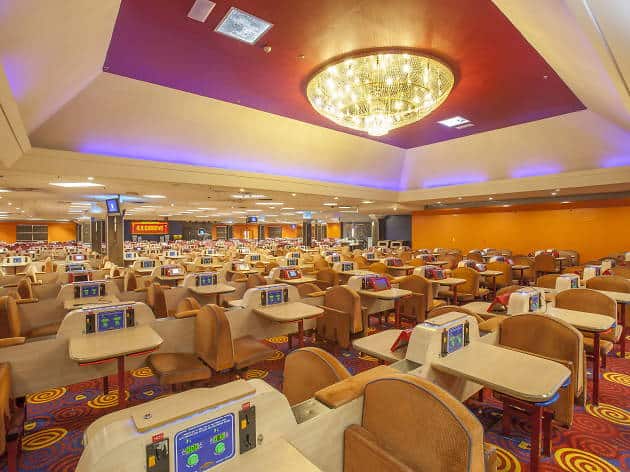 This is one of the most recognizable bingo clubs on our list and also one of the oldest. Mecca Bingo as we know it was first introduced in the early 1960s.

Despite starting out as a dance hall, the Mecca Leisure Group saw a decline in the number of people seeking entertainment at theatres and dance halls. Mecca Bingo was born, and there are still an impressive amount of clubs open.

These days when you visit a Mecca bingo hall you can expect to see a range of promotions. For example, we found that on a Friday you might find Rock & Roll Bingo Night with entry at just £2. Then, there’s Thursday Quiz Night – also a £2 entry and combining quiz questions and bingo.

Each club has slot machines, electronic bingo facilities and all of the bells and whistles you might expect from a bingo hall.

Of course, to move with the time’s – Mecca bingo also has very successful bingo websites, too.

Gala Bingo is considered another bingo hall giant, although being formed much later in 1991. Gaining independence in 2005 as part of Bass PLC, it later changed to Gala Coral Group. This was as a result of getting Coral Eurobet 10 years later.

In 2018, Gala Bingo Clubs were re-branded as Buzz Bingo. However, Gala Bingo itself still operates as an online bingo provider.

Although hundreds of bingo halls have closed their doors over the last decade or so, Gala reportedly opened a new 1,000 seater bingo hall only a few years ago.

These days, Buzz Bingo Clubs still offer the same social aspect of playing bingo as Gala once did. Their bingo halls have a fully licenced bar, a slots club, electronic bingo technology and food and drink facilities. Much like the halls of the past players loved so much.

Prizes go up to the thousands and it’s worth checking out any special promotions. The last time we checked there was an offer of £30 free bingo with no wagering requirements, just deposit and spend £10.

More people than ever are choosing to save themselves a cab and play online. Whilst bingo halls are great fun and offer a different way to socialise, nothing seems to beat the convenience of online.

Online bingo platforms are generally known for offering better bonuses and promotions than halls. This is largely due to having fewer expenses than a land-based bingo space.

But, with so many online platforms to choose from, it might be worth checking out www.bingosites.co.uk to help find a site that meets your needs. After all, no-two online bingo platforms are the same.