Digital games have come a long way over the years from their advent in the 1950s as a science fair curiosity to the multi-billion dollar entertainment behemoth that it is today. However, the needs of one market don’t necessarily follow another. We’re going to take a look at some of the iconic moments of gaming and how their designs were shaped.

Forty years ago, we had Pong. Today, we have augmented reality, ultra-realistic visuals, and virtual reality. The technological leap that’s occurred in a relatively short period of time has brought about normalization of gaming, adding it to the cultural experience of nearly all of us living today.

The original video games that spawned an entire industry came about mostly as a side project. Game design wasn’t about story, immersion, or graphics. It was more of a coding experiment to see if they could actually pull it off. Those first few experiments by “nerds” were simple lights and blips that became the multi-billion-dollar facet of the entertainment industry we can see today. 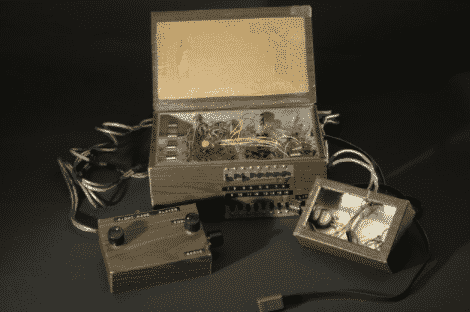 From the “Brown Box” to Atari (a few months later) and pay-to-play arcade games that dominated the 1980s, even the way we play video games has changed. Before the arrival of Twitch and YouTube streamers, if you wanted to see what a game looked like, you had to buy it… but first, you had to buy the console to play it on. Remember those days?

The technology boom of recent years has added a whole new generation of gamers to the mix. Those youngsters, however, won’t know the joy of playing Snake on their indestructible Nakia’s, where you could rage quit and chuck your phone into the wall… and it would only knock off the faceplate.

Mobile games have had an interesting timeline. The first mobile games were again the simple programmed blips and dots that harkened back to Atari and Pong but as the tech became more advance, more and more resources were devoted to the graphical side of phones. Once they had graphics processors, we saw a huge boost in what a phone could do. The first big games were again odd little experiments on what we could do.

Plants Vs. Zombies was probably one of the more well-known successes that required players to purchase the game on their phones. After several years of this, developers found out that it was more lucrative to give out free versions of games and charge little bits here and there, which was the birth of microtransactions. They found players more willing to pay $1 for 20 credits on a simple candy-themed puzzle game rather than paying $20 for a fully developed game with a story and 3D graphics like Infinity Blade.

Thus, mobile game design has shifted in the opposite direction of its mainstream console/PC cousins. The majority of mobile games are much simpler on the back end and can be coded and pushed to market relatively cheaply and with a much smaller design team, sometimes only a single person.

The majority of mobile games bank on the addictive personality of its users and the fact that they can be picked up and put down at a moment’s notice, pushing a high demand for quick games with fun gameplay. Graphics and heavy design usually take a back seat to microtransactions and marketability.

The progression of graphics

This one facet is probably the most obvious major change to game design over the decades. The graphics of today are crisp, clear, and oh-so-lifelike. Compare Space Invaders of four decades ago with Detroit: Become Human and others like it that look like live-action films. Online gaming design has truly come a long way.

Let’s look at the newly remade Final Fantasy VII. FF7 is still heralded as one of the greatest JRPGs (Japanese Role-Playing Games) of all time and blew us away with its cutscenes and amazing graphics. Before this point, RPGs simply did not get as big or as epic. The motorcycle chase through the Shinra building is still one of the coolest cutscenes I’ve ever seen. Flash forward to today, that same cutscene looks like an amateur film project compared to the remake.

As technology advances and becomes more powerful and accessible, it’s only going to become better and more realistic. There’s an ever-present push towards realism that hasn’t stopped since the first video game was created.

Practically every gaming platform has some kind of online component nowadays and each one utilizes the internet to enhance their games in different ways. A great example of this is in online slot games. What was once a clunky machine with an enormous lever to pull and no real design or motif to speak of, is now a massive online industry with some of the best graphics available.

To see for yourself, slots can be found online for free with every theme imaginable and even a whole genre based on your favorite video games.

Although online gaming sounded the death knell of handheld gaming devices, gaming consoles are still alive and booming. PC and mobile gaming allows for the most creative storylines, character development, and brilliant visuals you can imagine and now that things are moving in the direction of virtual reality, things can get really exciting.

What the future holds for online game design is unclear – but whatever happens, it’s sure to be aesthetically gorgeous and highly entertaining.