Memory clearing is a mandatory process for any application, including those written in JS. If we neglect this process, the memory will be filled with objects (mostly “dead” ones), and at some point, there will simply be no place for new data. In this article, we will analyze the basic principles of clearing memory in JS, as well as consider several garbage collection algorithms and determine which one is more efficient.

Garbage is any object that cannot be reached by reference from the “root”. Garbage includes all “dead objects” that have lost contact with the root ones.

Moreover, “dead” objects can often be linked with each other and form chains of considerable dimensions. Still, it doesn’t make them “live,” and that’s why a reference counting approach to garbage collection doesn’t work. But which ones work then? Let’s start at the beginning.

Let’s consider several approaches, starting with the simplest and fastest and ending with the most effective but slowest ones.

This is the easiest garbage search and deletion algorithm. It works only in a situation where the memory contains garbage; if it is only filled with live objects, Mark and Sweep doesn’t do anything. 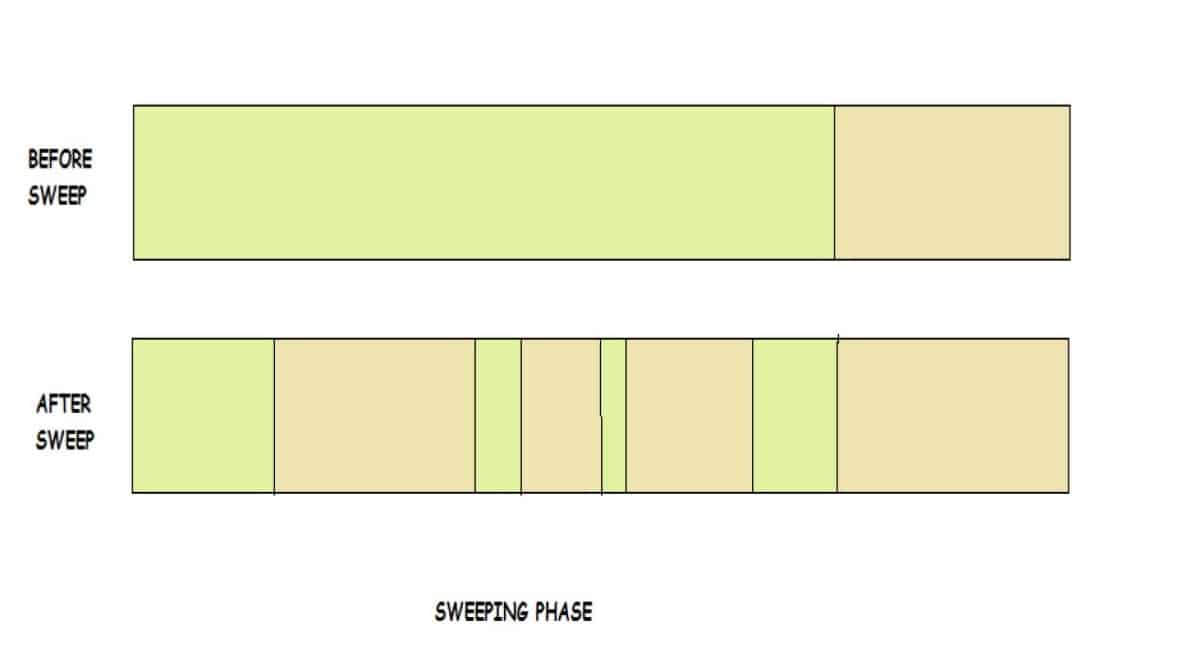 The main drawback of Mark and Sweep is that it fragments memory. As a result, it can clear a lot of space, but still, a new large object can’t be stored in RAM.

The Mark-Sweep-Compact algorithm has that very necessary defragmentation function. After clearing, it shifts all the remaining objects and creates a single chunk of free memory space. 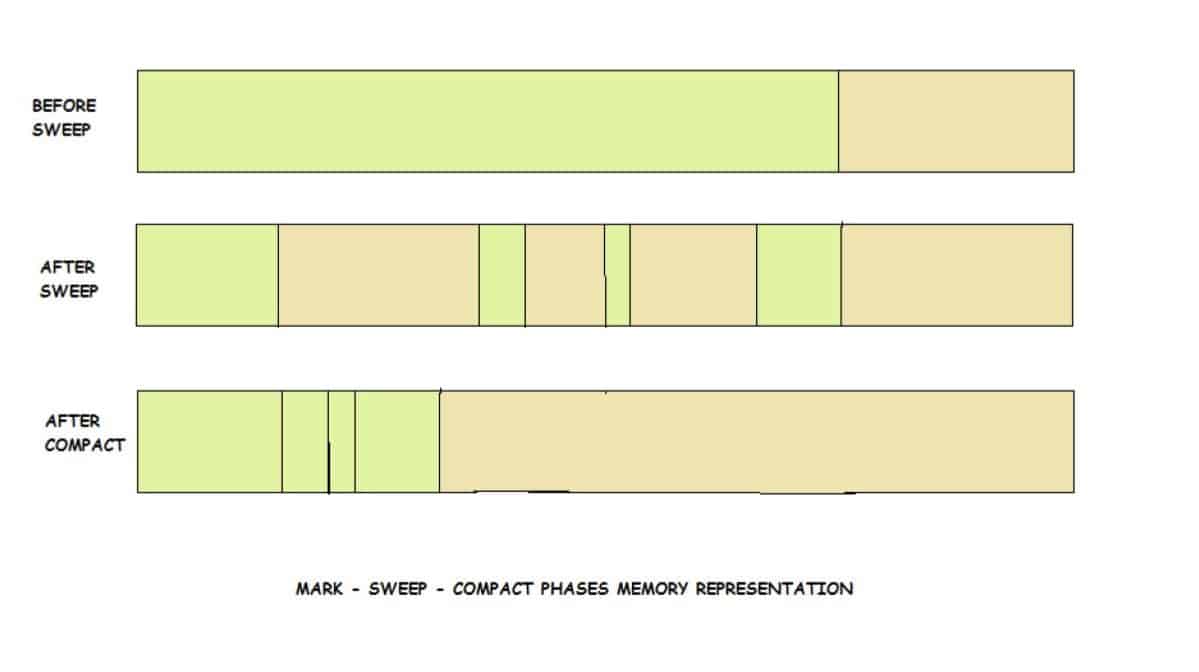 SemiSpace (copying collector) speeds up the process of clearing and defragmenting somewhat. SemiSpace finds live objects, copies them to space allocated in advance, and deletes the rest. 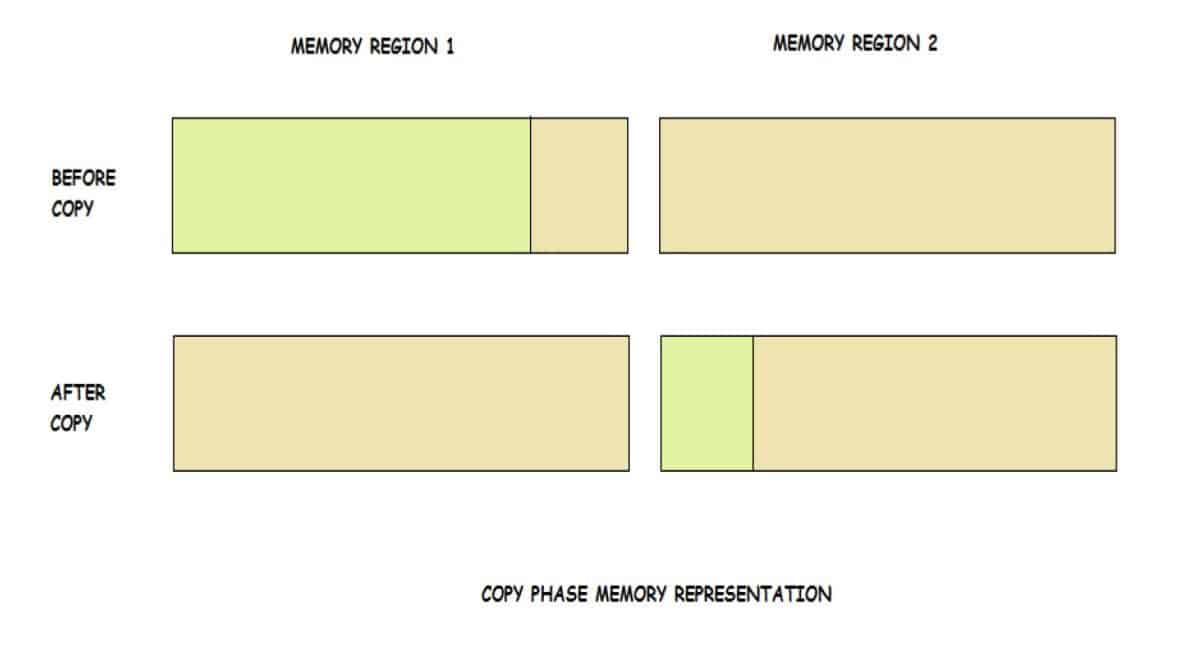 This algorithm is simpler and faster than Mark-Sweep-Compact but requires additional space for copying live objects. Additionally, the process of copying is also resource-consuming.

According to the generational hypothesis, young objects are more likely to die than older ones. A newly created object is more likely to become garbage. That’s why it is rational for a garbage collector to check such objects more often. 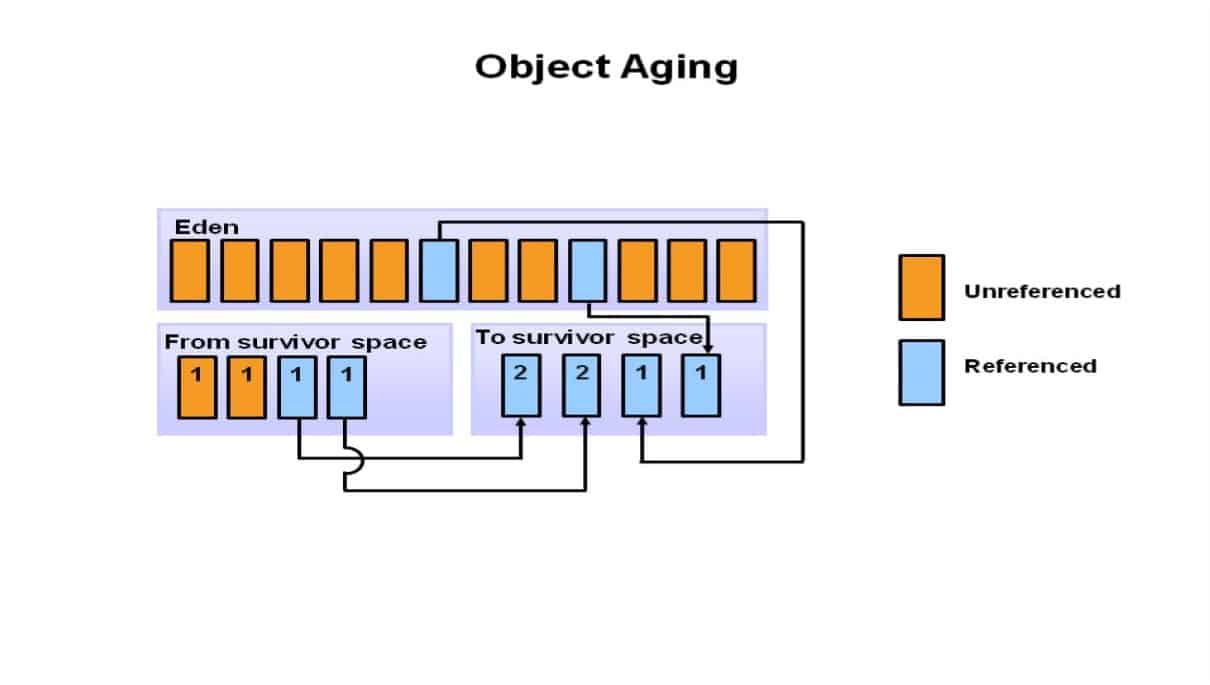 A similar principle is applied when running the Orinoco GC garbage collector in the V8 JS engine.

Orinoco GC segments memory and moves objects depending on their age too, but this algorithm has its nuances:

Two garbage collectors work in Orinoco: a secondary one (Scavenger), which checks the young memory, and the main one, which checks the entire array. The Compact phase is optional, and it is used at the prerogative of the main collector. Since moving objects remains a resource-consuming process, in order to minimize such actions, Orinoco uses free lists. These are lists of free space in memory, which allow defining a suitable free space for a new object. In cases where the memory is too fragmented and there is no suitable place for the object, the algorithm enters the Compact phase.