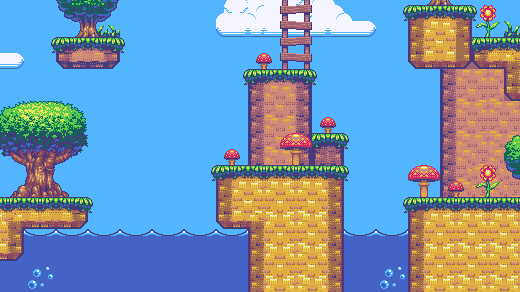 Python programming language is one of the most powerful languages for developing web-app focused games. It is open-source, object-oriented, and offers a large standard library. Learning Python programming language is much easier due to its expressive nature. PyGame is a very powerful library for professional-grade progressive web app development. You can hire python developers easily through remote hiring at very reasonable prices to build a progressive web app focused gaming project.

Python supports numerous frameworks and libraries such as Django, PyGame, and others that offer the developers huge flexibility to choose a suitable platform for the python development of web-app focused gaming projects. PyGame library has numerous functions, features and capabilities play a pivotal role in building high-quality web-app based games.

Let’s have a look at the web-app focused games, features of PyGame, useful tips on game development, and how Python is changing the landscapes of web-app game development.

The usage of PyGames in the web-app game development has increased significantly in the modern software development of progressive web apps, which run directly in the supported web browsers. The PyGames features have improved the content-rich video game development in the marketplace. PyGame is a Python library. Python is the fourth most popular language in the world, especially for multimedia applications such as video games in the year 2018. With the continuous increase in the popularity of Python programming language, it increased the prospects for the related tools, frameworks, and libraries like PyGame.

According to the Global Games Market Report 2019, the total gaming revenue worldwide will be $152.1 billion in 2019. The share of browser PC games would be around 2% of this revenue, which means about $3.5 billion in revenue. With the advent of content delivery system CDS and faster networks, the progressive web app development is increasing consistently. The use of PWA on the mobiles is the major driver of the increase of the PWA gaming applications. The share of mobile games is continuously increasing worldwide. The total revenue of mobile games was about $68.5 billion. 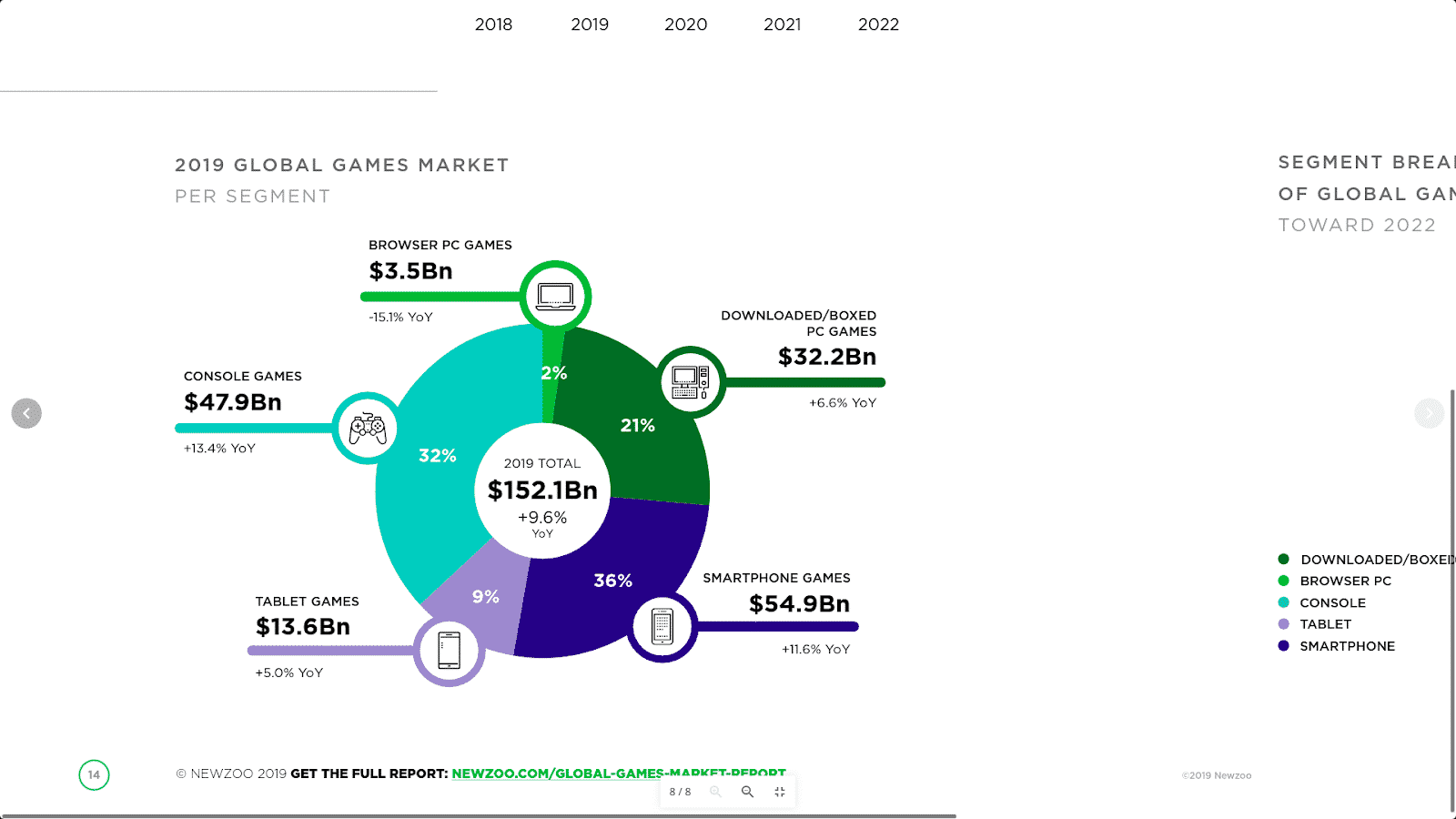 PyGame is a library of Python modules developed for the creation of video games and multimedia applications. It is a cross-platform, open-source, and highly featured library to offer you a wide range of computer graphic modules, sound libraries, and video functions. This library was initially released in 2000 by a small community. This library was developed over the powerful Python library named as Simple DirectMedia Layer SDL.

PyGame is written in C, Python, Cython, and Assembly programming languages. The latest release of this python library is V1.9.6, which was released in April 2019. On the GitHub, more than 40 releases have of this library have already been launched and more than 4,591 commits have already issued. PyGame has numerous additional features that the SDL hadn’t. This makes it one of the most powerful Python libraries for the development of web app focused games. Those features include collision detection, MIDI support, vector math, camera, filtering, and other functions. There is a wide range of documents for learning and support of this library. Meanwhile, a powerful community is also available for help.

Which programming language is perfect for gaming applications? It depends on many factors like what type of games and with what capabilities you like to develop. In general, the video game development industry is mostly dominated by C#, C++, and Java programming languages. But, with the advent of better features in Python libraries, third party tools, and increasing adoption of Python language in the industry, the share of this language in game development is continuously increasing. According to the Statista survey information, Python language is the fourth most liked language across the developers worldwide.

The continuous increase in the popularity of Python language is driven by its impactful adaptation in web development. The Python language in combination with the PyGame library is a great combination for the web-app based game development because of the features of faster prototyping, easier coding, effective 3D custom game-math, OOP capabilities, and many other reasons. PyGame library offers a wide range of video game functionality and vector math that can support 2D as well as 3D web-app based games. Python is extensively used for the automation of repetitive tasks and custom 3D features. So, the overall role of Python language along with PyGame for web app game development is increasing consistently.

Web-app based applications are equally effective in the latest mobile gaming environment. The increasing trend of web-app based games in mobile as well as PC is expected to push the popularity of Python language, and PyGame library much higher in the gaming industry.

According to the HubSpot research information, more than 73% of mobile users prefer web apps as compared to the native apps for online shopping purposes. Similarly, the popularity of web app-based video games is also increasing among smartphone users, which lead to an increased demand for web app focused games.

Let’s have a look at the top 7 useful tips for web-app game engineers to develop games that create a great value and user experience for the end-users.

The first and most important thing to take care of while developing a web-app focused is to figure out the customer requirements of the application. A detailed list of functions, scenarios, platforms, targeted customer segments, and the complexity of application should be figured out and assessed in length. This entire information can be achieved through deep research, having meetings with customers, discussing with other stakeholders of the project and understanding the similar kinds of competitor products.

In many cases, the web-app focused gaming application stuck in a dead-end because of some important things that are not possible to go ahead with the existing development infrastructure. Sometimes, requirements regarding the app features and capabilities are not possible in the web-app focused apps, but they are not incorporated at the start of the application development. Those kinds of hindrances create a big problem not only for the project success but also create critical situations for the Python developers working on the project.

#2 Can All Requirements Be Accomplished in Web-app Game?

It is a great idea to make a comprehensive list of the requirements first and then, make sure all those requirements are possible in the technologies and platforms that we are focusing on. If there is any problem in accomplishing those requirements, search for the alternate solution. If you get an alternative solution for all those problems, then make a complete chart and move forward otherwise discuss with the product owner regarding the discrepancies and hitches you are going to face. This will save you a lot of time, money, and rework hassle.

Python is a very popular general-purpose computer programming language, which is ranking among the top 4 or 5 languages used in modern software development. The major power of this language is that it is getting great popularity and respect in the web development sphere. This feature makes it one of the most powerful languages in web development as well as web app gaming application development. But, for that purpose, you need to choose the right combination of the development platforms, tools, and libraries that can help you make your project a success.

For a powerful web app focused gaming application, PyGame is a very powerful tool for 2D games. It has a large library of reusable functions that help you develop web applications faster. Python programming language is very easy to learn and code; so you can develop powerful 3D custom math vectors to accomplish the most modern functions required in the powerful games. You can also choose the PyOpenGL platform to benefit from the powerful 3D functions. You need to choose the right testing tools for continuous testing purposes so that the eleventh-hour hassle can be averted.

Web APIs conformability on the mobile and PC browsers is also a big problem. Some web API methods need the support of different technologies such as Adobe Flash, HTML5 and others. Any web API that supports Adobe flash may not run on many browsers of mobile devices. So, you need to have a complete list of the features, technologies, and requirements and the respective solutions for those features, technologies, and requirements before you launch your Python-based web app focused gaming application.

So, a Python developer should verify every such kind of API and code implementation issues in different environments and web browsers before kick-starting the development project. All required functionalities should be verified in all major browsers and web environment landscapes.

This is a very important thing, which the web-app based gaming developers skip inadvertently. The lifespan of a PC is much longer than the lifespan of a mobile device. The average lifespan of a mobile device in the USA is about 21 months. The faster changes in the mobile device landscape create numerous problems in the existing application compatibility. You need to take care of all those changes that will affect the performance of your web-app focused video games. With the release of new mobiles, many mechanisms for the releases of patches and versions frequently to match the pace with the ever-knew technology changes also occur; thus, the Python developers should consider a powerful hanging landscape of mobile devices worldwide.

So, make sure you have a proper mechanism for software releases to support the changes in technologies, mobile devices, and platforms used by the desktop as well as mobile devices.

According to the latest online user behavior survey information, more than 47% of the online users want the website to load within 2 seconds. If any website takes more than 3 seconds to load, more than 40% of the users abandon the website. After having said that, Python developers working on any web app project should take note of this behavior of the customers. If you have developed a web app focused video game, but it is running very slow, your app is meaningless for the customers.

It is a great idea for the Python developers to optimize the application’s code and the loading period of the content. For that purpose, code compression, code cleaning, and image optimization are highly recommended. The use of content delivery network CDN plays a very vital role in improving the performance of a web app focused video gaming website.

The main features of PyGame Python library are listed below.

How Can PyGame Help You Create Great Game Apps?

PyGame is an open-source Python library. It is built on the SDL library, which has been one of the powerful Python libraries for developing multimedia applications. PyGame has many additional features and capabilities that make it an effective library for developing 2D focused video game applications. It supports numerous sound and video functions. The other important features include vector math, filtering, computer graphics, collision detection, MIDI support, transformation, numerous drawings, fonts, 2D sprite, and many other features.

It is very easy to understand and simple to learn. The Python is a very expressive language and has many powerful features required for web application development. The combination of PyGame with Python offers flexibility to develop web app focused video games much faster and easier. PyGame Python library is not recommended for very complex video games that involve high-resolution 3D graphics and complex video designs.

Web app focused video game development in Python is taking stronger roots in the marketplace. The market size of web app-based video games is expanding very fast. It has already become a multi-billion market. Numerous third-party tools are already in the market such as PyGame and others. PyGame library users can build wonderful web app focused video games on the Python platform by following the useful tips mentioned above in this article. This article is going to provide valuable information on Python video game development to success in your career. Good luck Python developers!