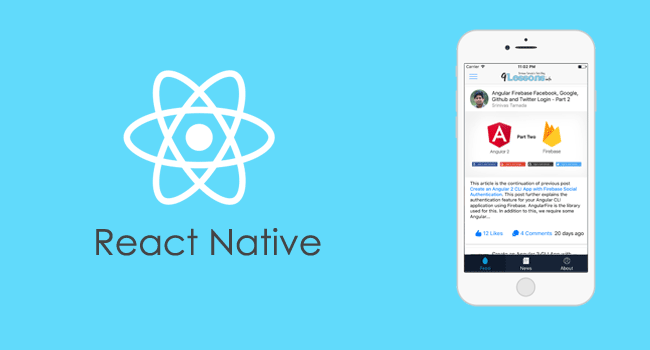 There are a handful of frameworks in today’s market that give web developers the choice of having remarkably unique features in their applications. Most of these features often involve native feels, high performance, or a library full of support, among others. React Native is one of the most popular and in-demand frameworks that offer you practically all the essentials you need.

What is React Native?

React Native is a well-loved and popular framework designed for cross-platform mobile application development. Facebook developed this framework. Because of React Native’s reliability, this structure has been widely utilized by different famous apps like Instagram, Skype, UberEat, Soundcloud Pulse, Walmart, Airbnb, and a lot more. Suffice it is to say, React Native is the most secure and reliable framework to date, making it the best option for Mobile App Development. You can read more about that here: https://tsh.io/services/mobile-development/react-native/

Here are some of the reasons why React Native is your best option when looking for the best framework for your mobile app development.

It helps you save money and time. Like everybody else, the idea of having the best mobile app framework is to get the best output with minimum results. React Native stands out among all the frameworks out there. How so? Users need not have to make two separate applications either for iOS or Android. As a web developer, you don’t have to worry about learning and executing two program dialects. You get to save a lot of time since you can simply finish one application instead of two.

Also, React Native is cost-effective. Upon putting up a business, the most crucial factor you must look into is your cost. Every company wants to obtain quick returns in this tech-driven world, which is where React Native comes in very handy.

It utilizes a single codebase both for iOS and Android. When it comes to mobile app development, there is much technology and support system involved, and React Native can just help you with that. With this framework, you just need a single code base, and from there, deploy the codes to different mobile operating systems. You can use elements in the code, no matter the level, and incorporate it into existing code without having to write for it again.

This framework is open-source and is compatible with several mobile platforms. This allows you to write native modules before using it to a comparable language and link them to the react-native codebase. Android and iOS are two diverse platforms that use different native apps. When you have React Native, you get to launch mobile applications more quickly since this is compatible with both iOS and Android.

You don’t need a lot of time to add new features. It’s but normal for mobile app users to add more features to their current app. As a developer, accomplishing this process takes some time. The app has to undergo a build process, and then the updated version has to be uploaded. The process takes some time since Google will have to approve the app manually. But thankfully, React Native gives you fewer worries about that. The framework has a plug-in like code push that automatically installs the update during run time. You can see the app changes without having to re-launch the app.

React Native is a framework that addresses the ever-changing and progressive technology needed for modern app development. This framework can help you save time since you don’t have to exert extra effort to scaling and grow a project.

The development of apps using this framework are fast and efficient and does not need a lot of memory. Without a doubt, React Native is indeed a robust framework that requires nothing but the most competent methods of technology development.

Betrayal at the Wall