The Countless Uses of Resistors

There are many different types of resistors, altering by the amount of resistance they produce, with a higher resistance meaning less current available for a given voltage. The implementation of resistors can be a little complicated, but it’s a versatile component and is widely used in many devices and for many different reasons. Here are just a few of its uses. 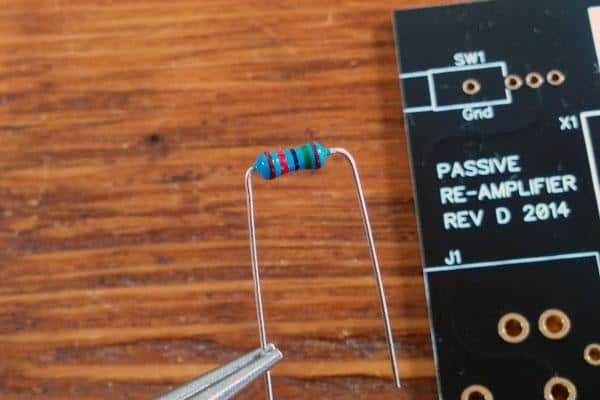 These devices are really sensitive to electrical current: too much and they will be destroyed; however, too little will prevent them from working properly. Resistors can alter the current and make it a value that is most optimal for the LEDs and transistors. Not any transistor can work though, as it needs one of the correct values to create a current range that suits the semiconductor components best. The math to figure out the best resistors can be complicated at times, but thankfully there are easy ways to figure out the best resistors to suit any circuit.

Many circuits implement resistors that are connected to a capacitor to provide a timing sources, such as light flashers and electronic sirens that utilize this feature to make them work. The way this operates is simple: a capacitor holds a predetermined amount of electric charge in the same way a cup holds water. It takes a certain amount of time for it to fill up with current, and the resistor determines how fast that capacity fills up. By using a scientific equation that gets you to multiple the ohm value of a resistor with the farad value of a capacitor, you can get a timed value that’s measured in seconds. You can also increase the resistance to increase the time needed to fill up the capacitor.

There are some electronic devices that although are plugged into a mains power supply, don’t need that much voltage. To make them compatible with this source of power, resistors are used to lower the voltage, and the way they do this is rather interesting. A voltage divider is the name given to resistors that are connected together with one after another which forms a series circuit. As the current goes through these, the voltage drops. If the resistors are all of the same value, then the voltage drop across each is equal; otherwise, the drop can be calculated as a proportion determined by the resistance of each resistor and the total resistance of all the resisters in a series. As you can imagine, the math’s here can get complicated.

As resistors heat up when they block current, they make great heating elements for toasters, heaters, electronic stoves, and other devices that are similar. The formula, P = I2 * R, where P is the power in watts, I is the current in amps, and R is the resistance in ohms, can be used to determine the amount of heat given off by a resistor.