Scheduled To Be Euthanized, All This Terrified Dog Needed Was A Hug And Some Love

According to the ASPCA, more than 6.5 million animals enter shelters every year. Far too many of them are eventually euthanized. The situation for rescued animals is complex with many kittens and disabled animals simply being euthanized because people are not aware they would make good pets. Thankfully, many rescue volunteers are changing the way animal rescues operate, resulting in thousands of saved lives.

One such volunteer is Eldad Hagar, the founder of Hope for Paws. Hagar was a photographer who started to photograph hundreds of fostered dogs – and other animals – who lived with him and his wife. Hagar’s aim was just to commemorate the great pets who had entered his life for a time, however brief. Then his friends and family had an idea.

Hagar’s wife suggested that he create a book to share his dog photographs. He started to document more than just their foster lives, carrying a camera with him on his rescue adventures. This grew after Hagar started publishing videos about the dogs and sharing them with his YouTube followers. He now has 3 million subscribers and the book is in its 2nd edition.

But Hagar wasn’t satisfied by just sharing his pictures and videos with the world. He developed the rescue organization Hope for Paws, which is dedicated to saving animals across the United States. Hagar is motivated to educate the public about animal abuse and neglect. He also wants to encourage other people to adopt, rescue, and foster animals in need.

An inspired donor was so moved by Hagar’s efforts that shortly after Hope for Paws was created, the donor funded the full printing of the book. This means all donations to the group and money from the sales of the book go directly to helping animals. This was a major break for the new organization.

The book has sold thousands of copies. Hagar has also donated hundreds of copies to women’s and children’s hospitals, and senior living facilities throughout America. Other donors have been inspired to live up to the original donor’s intent, and they have also funded printing and donations of the book.

One of the most popular videos on the YouTube channel happened back in March of 2010 when Hope For Paws uploaded a video showcasing Edie, an abused Maltese-poodle mix who had been awaiting euthanization in a high-kill shelter. Edie immediately broke viewers’ hearts, because her life had been such a struggle.

Edie had been living at the Lancaster Shelter in Los Angeles. She was exactly the kind of dog who would be euthanized – she was considered “too aggressive” to ever be adopted by a family. The shelter had scheduled her to be euthanized. But that’s when Hagar’s network of friends saved the day. They were determined to save this dog.

Hagar’s friend Bronwynne Mirkovich heard about the dog’s plight. She stepped in to save Edie and give her another chance. Bronwynne asked Hagar to meet her at the vet’s to evaluate the terrified dog. That’s when the video gets scary.

The YouTube video shows Hagar slowly removing the lid of Edie’s carrier. He tries to approach her with a leash, but the dog is trembling with fear. She moves to the corner of the cage and starts growling and barking at the people in the room.

It’s clear that the dog is terrified of humans and believes she should be in fear of bodily harm. Although the barks make her seem aggressive, the reality is that she may have been severely harmed and abused, which causes her to fear humans. The sounds she makes are heartbreaking.

Hagar had seen situations like this before. He believes she was so abused that even seeing people left her traumatized. On the video description, he wrote, “Edie was so scared that she defecated, so I quickly pulled her out of the corner.” Then things start to change.

Once Hagar removed the dog from the corner, she kept on howling. Hagar wasn’t shaken at all. He put the dog on his lap to soothe her with a calm voice and gentle touch. As he starts to pet her back, the dog instantly calms down. This may be the most loving touch she had ever experienced.

Edie is so secure that she suddenly sits back and nestles into Hagar’s chest, seeking refuge with him. Edie then decides he deserves a kiss, so she reaches up and licks his face. What an extreme turnaround!

Hagar put it simply in his description of the video, writing, “All Edie needed is a hug.” Instantly, Hagar was able to show that the dog wasn’t an aggressive menace after all – she was just a profoundly traumatized pup who had been mistreated and let down by every human being in her life.

As the video moves forward, the dog grows even more comfortable. She rolls over onto her back, a point of complete vulnerability, where she gets a belly rub from Hagar. Edie seems like a new dog completely now that she is being given a loving touch.

With the help of Bronwynne, Hagar is able to bathe and groom Edie. Her fur is dirty and matted, and she didn’t get great care at the shelter. They shave down her fur to do away with the old. She seems to love the attention and even wags her tail!

Edie was in foster care with Bronwynne until they found her a permanent home. A woman in San Marino adopted the dog and took her home. The woman who adopted Edie shows the dog’s excited reaction when she meets her new family and gets introduced to her brand new home. 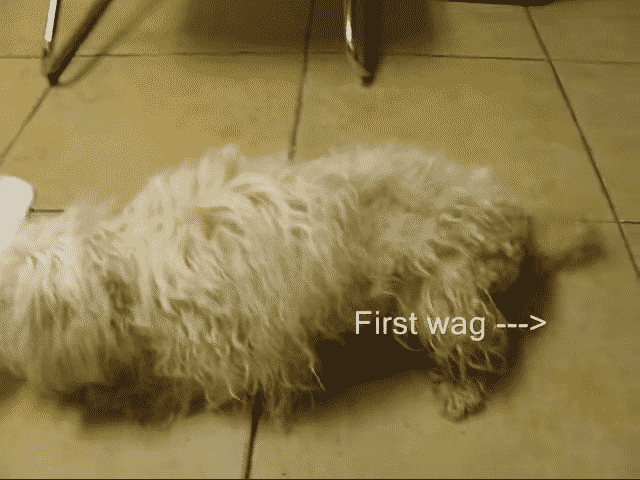 The video immediately became a viral sensation. It’s now eight years later, and the dog is still being shared all over the internet. Hope for Paws wrote in 2013, “Pretty amazing that even 3 years after this video was posted, it is still seen thousands of times every day!! This video was SHARED almost 60,000 times in the past two weeks alone.” It now has over 5 million views.

People are awed by what happened with Edie – and by the improvement in the lives of all animals – that dedicated volunteers stepped up to help. All the dog really needed was love and a little bit of patience. Edie’s story continues to encourage adoption and fostering. Hope for Paws is still going strong.

How to Improve Your Quality Score for Google Ads
How To Become A Musician In Two Hours
Effective SEO Trends to Drive Traffic on Your Site in 2021
4 Tools to Help Rank Your YouTube Videos
Financial Analytics with Mosaic Tech
Famous Designs and Projects of World Casinos As Well As Online Casinos
10 Important Factors That Affect WordPress Website Speed
9 Artworks You Didn’t Know Were John Lennon’s
Modern Home Plans And Contemporary Architectural Home Features
5 Effective Ways To Optimize Your YouTube Videos For Google Search Visibility
The Best Ways Of Reducing The Spread Of Termites In Your House
Are You An Anime Lover? These Interesting Facts Will Definitely Impress You
ADVERTISEMENT
ADVERTISEMENT