Are You An Anime Lover? These Interesting Facts Will Definitely Impress You

It seems that only a short few years ago anime was mostly an underground subculture with lots of devoted and passionate fans in the United States and other countries outside of Japan. Now it’s a bonafide cultural phenomenon, and there are tons of dedicated aficionados the world over. Whether you’re a longtime fan of anime or a recent convert, the following are a few cool facts that will definitely impress you. 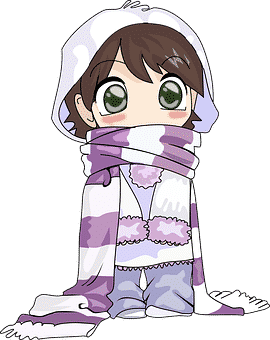 Anime Does Not Mean Cartoon

Contrary to popular perception, the word anime doesn’t actually translate to “cartoon.” Anime refers to a complex art form that encompasses hand-drawn and even computer animation. The stylistic elements also indicate lots of colorful graphics, and typically connote in the popular imagination a set of magical or fantastical stories, slightly off-kilter settings, and quirky characters. So, not only does the word anime not directly translate to cartoons in English, but it also refers to an entire landscape of aesthetic inspiration that can only be found in this specific art form from Japan.

Some people tend to confuse things like Hello Kitty for anime. In reality, these programs are considered to be offshoots of anime and belong more to the kodomo genre, which mostly encompasses children’s entertainment. Indeed, your favorite anime merch from Hello Kitty or Pokemon is actually part of this specific offshoot, and of course, they are quite beloved. Another attendant form of entertainment that is sometimes confused for anime is manga. Anime refers to a type of animation, whereas manga refers to comics and cartoons in paper form. While plenty of anime films and series draw inspiration from different manga collections, they’re not the same and are consumed differently by audiences. 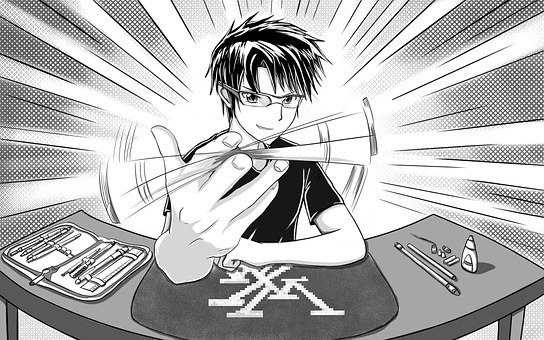 An anime is immediately recognizable as such, and even those of us who are not familiar with the art form can easily locate the differences between an anime and other kinds of animation. The main difference aesthetic marker for anime is the ways in which characters are drawn. Anime artists typically exaggerate the size of their characters’ eyes and hone in on their facial expressions. The first anime filmmaker to really underscore this particular stylistic tic is Osamu Tezuka, who made popular anime such as Twin Knights and Apollo’s Song and also created countless manga series. He was initially inspired by early animated characters from the United States, such as Betty Boop, whose specific attributes he transformed and expanded upon. The style is now one of the most prominent markers of anime. That, and of course, the bright colors and gorgeous graphics. In fact, some anime have broken the rules when it comes to design, and recent works have received renown for creating as many as fifty new colors to add to the pantone catalogue.

Another popular marker of anime characters is that their hair is usually styled in heavily experimental or wildly colorful ways. This is referred to by experts in the field as “hair action,” since the artists use a character’s hair to illustrate the action of the storyline, as well as the emotions of the characters.

Anime is usually considered a self-contained art form, and the pure antithesis of American or Western animation. This comes to the commercialization of the genre as well, wherein blatant advertising isn’t usually seen as something anime artists have to worry about incorporating into major storylines. Well, this is quite a misconception. The famous anime Code Geass features its characters eating copious amounts of pizza throughout the series’ run. While this could be interpreted as a charming way to develop characters, the anime was actually funded in Japan by the corporate titan, Pizza Hut. One character, Cheese-kun, is actually the Japanese mascot for Pizza Hut. The show also has another sponsor that appears often in the series, Biglobe, which is a major internet provider in Japan. So, anime is just as prone to being co-opted by major corporations as other forms of entertainment, especially because it has become such a major cultural force. Advertisers flock to reach this coveted target audience and market to them via their favored form of entertainment.

Whether you’re a long-time fan who can sing the praises of Inuyasha, or a newbie who is eager to turn their love for Dragon Ball Z into a deep dive of anime, the art form has a long history with tons of cool facts to learn about. The Japanese anime industry has a lot to offer, and it’s fun to explore it all.

Effective SEO Trends to Drive Traffic on Your Site in 2021
4 Tools to Help Rank Your YouTube Videos
Financial Analytics with Mosaic Tech
Famous Designs and Projects of World Casinos As Well As Online Casinos
10 Important Factors That Affect WordPress Website Speed
9 Artworks You Didn’t Know Were John Lennon’s
Modern Home Plans And Contemporary Architectural Home Features
5 Effective Ways To Optimize Your YouTube Videos For Google Search Visibility
The Best Ways Of Reducing The Spread Of Termites In Your House
6 Necessary Camera Accessories That Every Photographer Must Have
Things To Keep In Mind While Building A Drupal Website
How to Prepare for Website Creation in 2021: What’s New on the Market?
ADVERTISEMENT
ADVERTISEMENT