Behind the Lens in the Capital: A Look at Filming Venues in Washington D.C.

Whether you’re shooting a documentary on historical sites, a music video for the latest band, or some footage of democracy at work, Washington D.C. has some amazing locations to put together a film shoot.

If you’re looking for somewhere unique to shoot, read on for five unique film shoot locations in Washington D.C. We’ve also included some helpful resources for filmmakers looking to film in our nation’s capital.

What you need to know to film in Washington D.C. 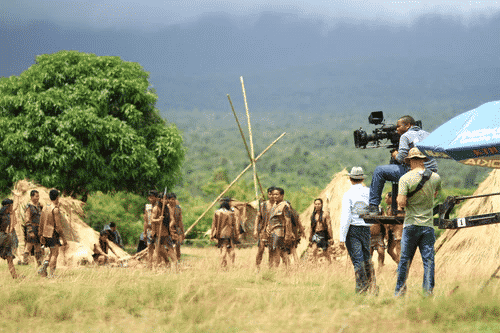 Before you gather your gear and your crew and roll out to start filming, there are a few things you need to know before you start filming that next dramatic scene.

The first thing to know is that for all non-personal or news/sports filming, you’ll need a permit to film in Washington D.C. You’ll also need to check with local authorities for guidelines for filming in specific spaces.

If you’re filming from a vehicle or with a vehicle-mounted camera, there are extra considerations, such as needing a police escort or having proper clearance for moving shoots.

Notes about public spaces and locations in Washington D.C.

If you’re looking to capture some iconic locations or to take in the scenery around Washington D.C. outside of your rented filming venue, make sure commercial filming is allowed in that location. A lot of spaces in Washington D.C. are under special use restrictions.

Places such as national parks, monuments, and federal buildings have additional rules and security requirements for filmmakers. It’s a good idea to double-check any guidelines and get assistance from local authorities if you want to film outside of a rented filming venue.

Support for filmmakers in D.C.

If you’re looking to expand your cast and crew, you’ll find a few organizations that support and assist filmmakers in the D.C. area.

The Mid-Atlantic Production Services Directory can help with staffing and organization issues for filmmakers working in the D.C. area. If you’re still planning your production and need crew members or resources, this is the place to find them.

Women in Film and Video of Washington D.C. is the local chapter of a non-profit organization dedicated to the advancement of women in the areas of film, television, video development, and more. It’s an excellent resource for women filmmakers in the area looking to shoot. 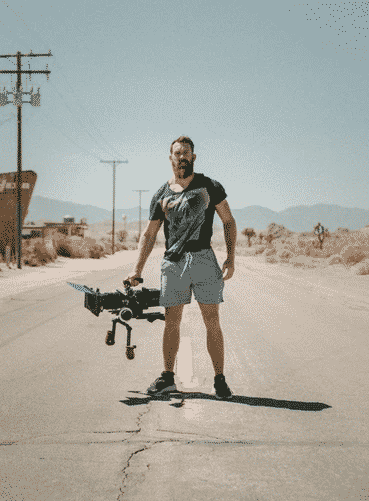 Now that you know where to find rules and resources for filmmakers, it’s time to start scouting locations. Here are our top five picks.

#1. The Church of the Holy City

This Washington DC film shoot venue is a great choice thanks to the spacious sanctuary complete with stunning stained glass windows. The sanctuary itself has fantastic lighting and an old-world church feel that can set the mood for many a scene.

Outside the main sanctuary, you’ll find other spaces within the church that provide an intimate backdrop for your production. The entire church is available and makes an excellent setting for any film. It’s also located in the Dupont Historic District of Washington D.C., a bustling area filled with historic sites and charm.

Located in the historic U Street Corridor, this Washington D.C. film shoot venue is as unique as they come. Universal Capoeria Angola Center is a martial arts studio that celebrates and preserves Afro-Brazilian culture and art.

The colorful studio space is available for everything from film shoots to dance recitals. You’ll find green screens and other production equipment on-site. Previous renters rave that the hosts are friendly and accommodating.

The last residence of our 28th president Woodrow Wilson, this spacious manor house has classic Washington-style and charm with plenty of atmosphere.

Lush greenery surrounds the home, and the front porch is a statement piece in and of itself. Anyone looking for a period location to film or who just wants to say they filmed in a president’s house will love this glorious home.

If you’re a documentary filmmaker or are looking to get into the news or interview business, then this venue is for you. Featuring a fully equipped and functional photo/video/interview studio, this space is suitable for just about any type of production.

Whether you’re looking for a space to film an interview or just need to do finishing work on your production, Asian Fusion Gallery is a fantastic choice for all your needs. In addition to 1343 L Studio, you’ll find other spaces available for rent.

If you’re looking for a large, open space for filming, The Sun Room is a great choice. Bright and open on the outside, this warehouse venue offers high ceilings and 3,000 square feet of space for more crowded and complex scenes.

If you’re in the mood for something grittier, it still has that “warehouse” feel that’s perfect for shooting an episode of your crime serial or action film. Thanks to the sheer amount of indoor space, this is the perfect place for filming scenes of all sizes.

This post offers a glimpse into the charming, high-function filming venues available in Washington D.C. The next time you’re looking for a place to shoot, consider giving one of these venues a look. Or, explore some of the dozens more options not on our list. You’re sure to find a venue you’ll love in our nation’s capital.

5 Practical Tips for Setting up Your Own Home Workstation
YouTube and YouTube Vanced Is Like Cable Network TV But Better, Free, And Creative
How To Get Noticed On Instagram Faster: – Ultimate Guide
6 Things That Will Boost Every Designer’s Creativity
Definition and Importance of Academic Rigor
5 Facts Why CBD Wax is Good for Health
Marketing Trends That Are Going To Stay In 2021
5 Facts Why Magic Mushrooms Is Good For Health
How the Premier League Logo Has Evolved
Why Do England Have Three Lions on Their Football Kit?
Contemporary Kitchen Remodel Ideas
Top 5 Highest Paid Influencers
ADVERTISEMENT
ADVERTISEMENT