If You Don’t Know These 20 Crazy Uses For Coke, You’ll Hate Yourself Later 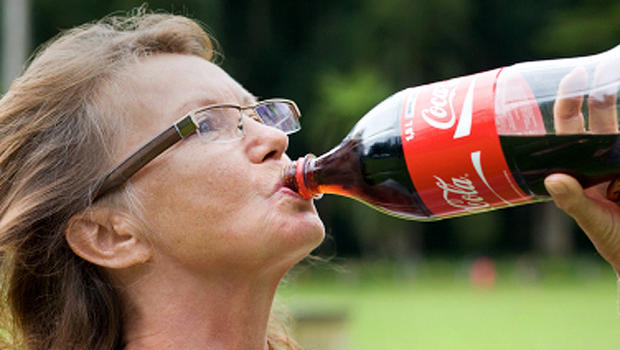 According to the FDA, over 48% of Americans drink soda on a daily basis, that’s almost HALF of the country! Even worse, the average intake per day was more than three cans! Now let’s put that into some perspective. One 12-oz can of Coke has 140 calories and 39 grams of sugar. Now times that by three and you are drinking 420 calories and ingesting over 117 grams of sugary death. Hello, diabetes!

Sadly, this is the way most of America is going, with the obesity rate spiking at over 37% in 2015 and expected to grow even higher by the end of 2016. However, one has to wonder if people would continue to down this bubbly beverage by the glassful if they knew what it could do beyond being a simple food product?

For example, did you know that Coca-Cola can actually REMOVE rust from old coins? Yep, you read that right. All you have to do is place your rusty coinage into a glass of coke and in less than 24 hours they will look good as new! We can only imagine what it’s actually doing to someone’s insides. Most likely removing their healthy gut bacteria.

Coke can also remove grease from pans and work as an amazing bug repellent. Yes, you’ve been doing it all wrong when it comes to gardening, you should actually be spraying coke on your plants to get rid of aphids and other pesky insects looking to turn your tomato plants into swiss cheese! On top of that, mechanics use coke to remove oil stains and clean car engines.

Great, right? And people drink this stuff, daily. You have to wonder how 48% of the population isn’t dropping like flies by ingesting this toxic swill. However, it seems that no one cares about cancer, diabetes, cardiac disease or oxygen deprivation. Maybe it’s soda that will our generations version of the “big bang”?

Now while we mentioned only a few of the unusual and crazy ways you can use coke, we actually did quite a bit of research and found over 20 different uses that are sure to make your skin crawl. Personally, we don’t know how you’d ever be able to drink this stuff again. Ever.

We suggest you read at your own peril, you may decide it’s time for a visit to the doctor to make sure you still have your colon after reading this.

Forget pesticide! You’ve been doing it all wrong. If you have a problem with creepy crawlies in your garden, simply put a small bowl of Coca-Cola among your plants. The bugs will be attracted to the smell and the coke’s acidity will kill them. Nice, right?

No need to struggle with an ice scraper this winter, all you need to do is pour a bottle of coke over your windshield and BAM! You’ve got an easy slush to remove without the stress! We promise, it works.

Greasy pans can be the bane of a home cook’s existence, however Coca-Cola can save the day! Simply pour some coke into the pan and let it soak and the acidity will remove the gunk so it will easily wipe away. Pretty easy if you ask us!

One great way to use Coca-cola is when it comes to rust removal. The acidity in the liquid will eat away the rusty service allowing you to easily wipe it away. Can you believe people drink this stuff?

You can also use Coca-Cola to loosen old rusty bolts that are stubborn! All you have to do is unscrew the bolt halfway and pour in the coke. The fizz and acid will loosen up all the gunk so you can easily remove the bolt with no hassle.

Somehow, Coca-Cola is quite helpful when it comes to removing stains from fabric, as well as clothing. It also can remove grease stains and blood spots (don’t get any ideas). However, it’s important to remember that cola is brown, which can be a pain on lighter fabrics.

There’s nothing worse than your car leaking oil onto your driveway. Not only does it stain, but it can be a real pain to scrub off. Thankfully, a liter of Coca-Cola will remove it quickly and leaves no residue. Pretty great, right?

Being stung by a jelly fish can be one of the most painful experiences of your life. Thankfully, if you don’t want to neutralize the pain the normal way by using urine, you can easily relieve the pain by pouring coke over it. Simple and effective with NO smell.

Apparently Coca-Cola distributors have been using the drink to clean their car engines for decades. I guess now we know there is no need to spend tons of cash on an expensive mechanic. Simply pour in some coke and all of that nasty gunk will be gone swiftly and efficiently!

Do you have some old coins lying around that look like they’ve been at the bottom of the ocean for 100 years? Well, now you can make them look brand new with some cola! Simply drop the coins into a glass of refreshing Coca-Cola and in 24 hours they will look brand sparkling new!

Coca-Cola can also be great for cooking. Have you ever had a cola chocolate cake? Believe us when we say it’s a little piece of Heaven. We also recommend Cola BBQ sauce. It really adds some tang to your chicken!

Are you sick and tired of wasting money on expensive cleaners only to have your tile grout look just as dirty? Well, now you can save your cash because Coca-Cola can clean grout in minutes. Simply spray the cola over the dirty ground, let it soak and then easily wipe away the grime! How great is that?

If you’re looking to give your compost heap a super charge, we recommend soaking it in Coca-Cola which will help feed micro-organisms and breakdown your compost quicker due to the acidity.

If you’re looking to avoid a major hair nightmare, we suggest always keeping a bottle of coke on hand. It’s particularly helpful when you get gum stuck in your hair because the cola will breakdown the gum, allowing you to easily remove it with no hassle.

Have you ever had a hair dying fiasco? Believe us when we say, it happens to the best of us. However, there is a quick solution–Coca-Cola! All you need to do is rinse your hair with it and it will remove temporary hair dye and fade permanent dye, so you can get back on track to being you and not Bozo the Clown!

Magic marker can be a REAL PAIN to remove, thankfully coke is here to the rescue. Simply soak the stain in a small amount of cola and then scrub it with some soapy water and POOF! The stain is gone. Pretty awesome and effective, right?

If you’re looking for a super simple way to clean your toilet, all you need to do is pour in a liter of coke and let it sit for a few hours. There’s no need to scrub anything, just flush and you’re left with a crystal clear toilet! 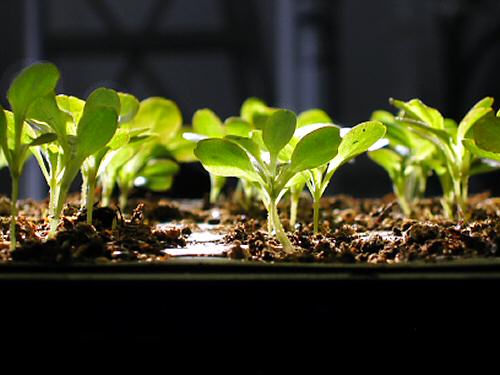 Surprisingly, Coca-Cola can help give your flowers a boost because it delivers nutrients to the roots that may not be making it to the plant. Pretty neat, right? All you have to do is pour some cola during your watering cycle. That’s it.

2. Gets rid of aphids

Aphids can be a real nuisance when it comes to gardening. However, the acid in Coca-Cola can kill them super quick without harming your plants. Thanks to the carbonation and high levels of acidity, the cola attracts and kills the little bugs in no time!

If you have some old metal furniture that you’re really itching to repaint, we suggest using Coca-Cola for your old paint removal needs. The high alkaline levels in the soft drink breakdown the paint and make it easily removable. Great, right?

Why the Popularity of Digital Printed T-Shirts Is Increasing? Why They Are Super Appealing?
The Role Of Engagement In Corporate Social Media Management
The Perfect Garden: How To Equip A Garden In 2023
Why Canopy Tents Are Essential For Marketing Events
Turn Your Dream House Into Reality By Using These Strategies!
Are You Setting Up Your New Home? Check Out Some Kitchen Appliances For A Well-Furnished Cooking Place
Why It Makes Sense For You To Execute A Prenup Before Tying The Knot
Accounting Mistakes Every Business Is Making – Are You One Of Them?
Keep Your Roof In Excellent Condition Even During The Winter!
15 Easy Tips To Get The Most Out Of Your Magnetic Car Sign
How Have People Started Accepting Mobile Payments More In The New Normal?
Graphic Design for Start-ups and Small Businesses. Importance and Tips
ADVERTISEMENT
ADVERTISEMENT
ADVERTISEMENT
300x250ATF11
ADVERTISEMENT
300x250ATF22
ADVERTISEMENT
300x600ATF11