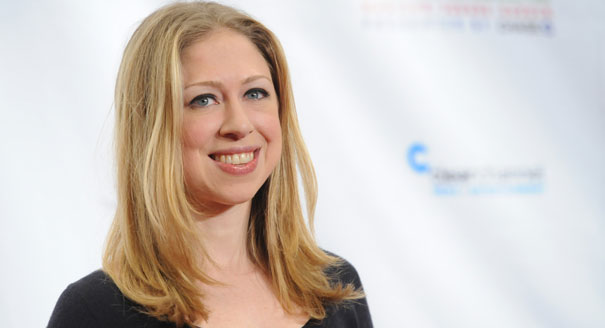 Chelsea Clinton was born on February 27, 1980. Her parents are political leaders Hillary Clinton and Bill Clinton. Chelsea was 12 years old when her father Bill became president of the United States. She spent her teenage years living in the world’s most famous house, under the public eye. Her mother ran for president against Donald Trump, which has put the now-adult Chelsea back in the spotlight. Here are a few things about Chelsea that probably won’t be mentioned anytime soon…

20. Chelsea was criticized when she got a $600,000 a year salary to work on NBC News’ program, Making a Difference. 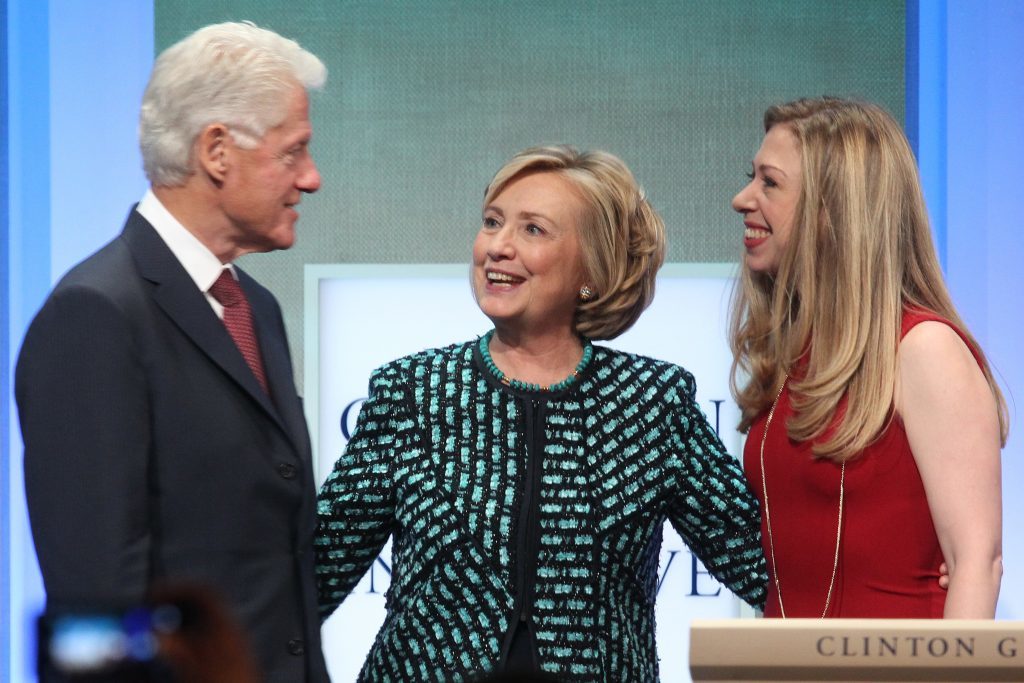 The job lasted between 2011 and 2014. The salary seemed excessive since she had not previously worked as a reporter. After her time at NBC, Chelsea left to work for the Clinton Foundation.

19. Chelsea skipped the third grade and was involved in the stock market by age 11. 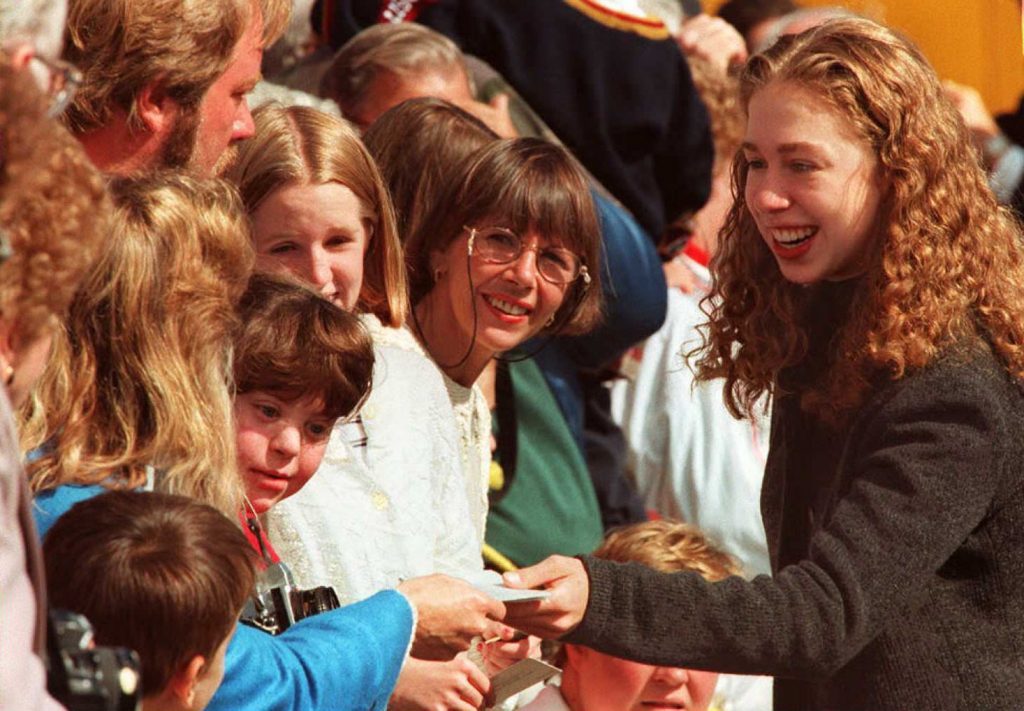 Clinton was always a very smart student. She advanced an entire year of school by advancing from second to fourth grade. By the age of 11, Chelsea had studied the stock market She ended up being able to understand exactly how it worked.

18. Chelsea was once a serious vegetarian but stopped after 16 years 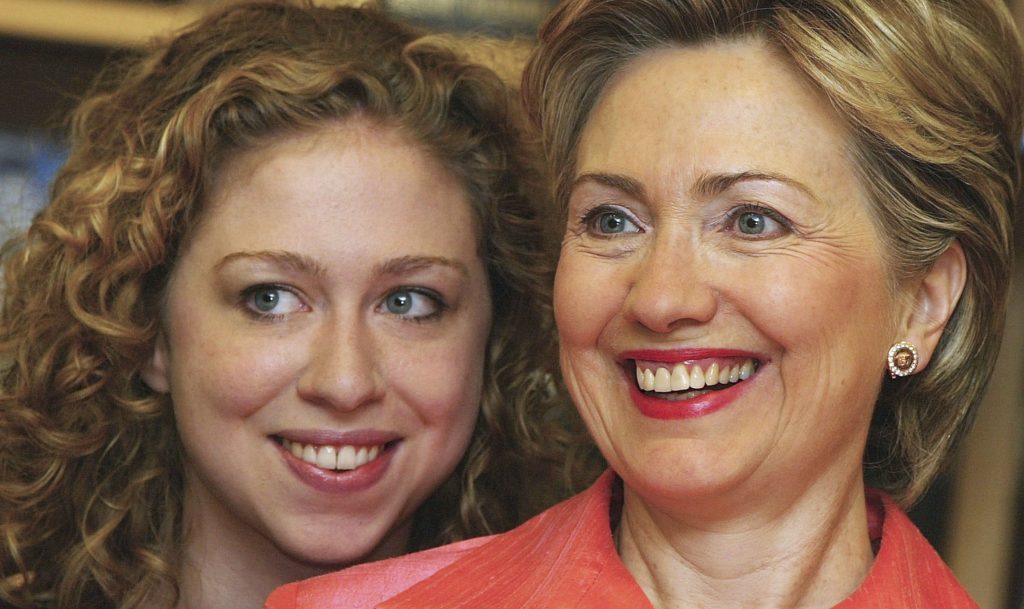 Chelsea read an article about eating meat when she was an early teenager that interested her when she was in a life sciences class. As a result, she realized the negative attributes that come with eating meat. Chelsea stuck to a vegetarian lifestyle for many years. But by age 29, she realized she was craving meat. Much to her husband’s happiness, she became a meat eater once again. 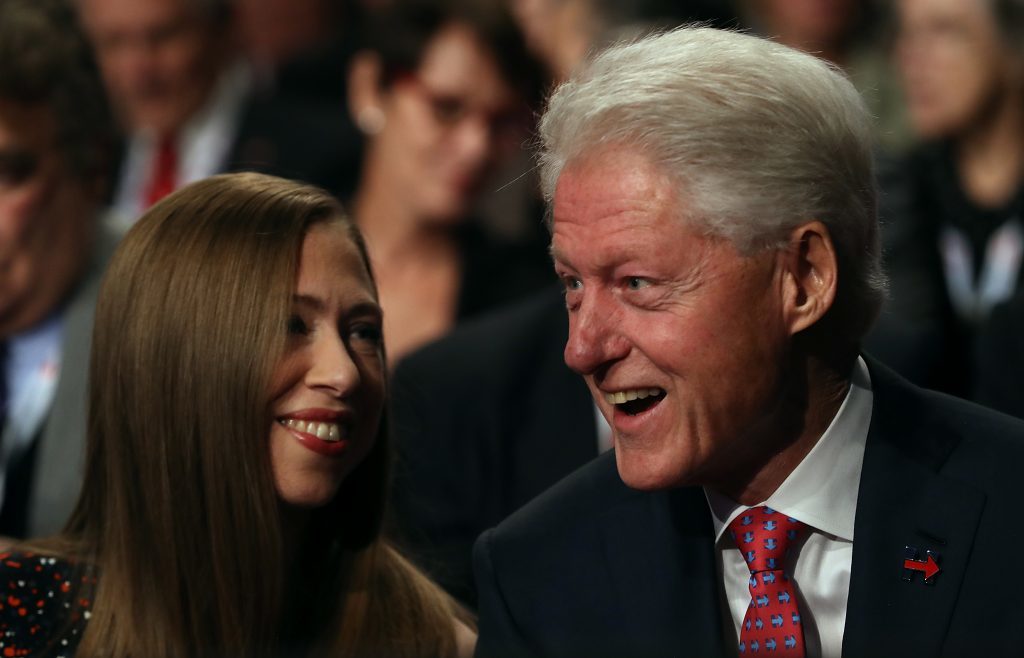 Bill and Hillary were constantly on the go during their time in the White House. However, they always had time for Chelsea. Bill even installed a small, child’s desk in the Oval Office so his daughter could be with him while he worked. Hillary always put aside her work when Chelsea came home from school.

16. She had Secret Service protection during her college years 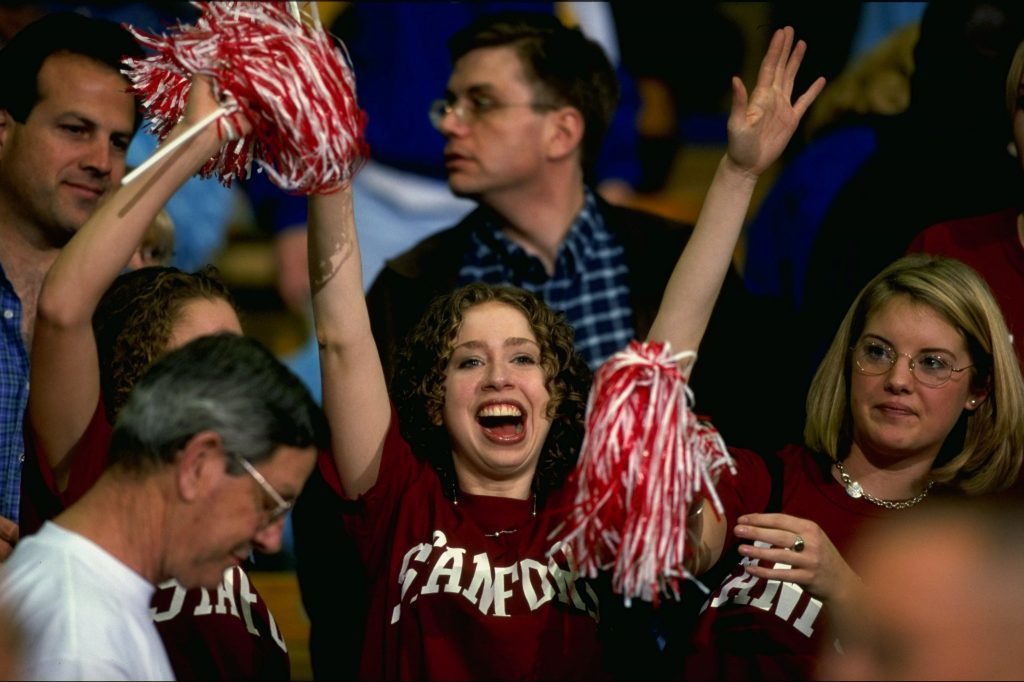 15. Chelsea and Ivanka Trump are friends 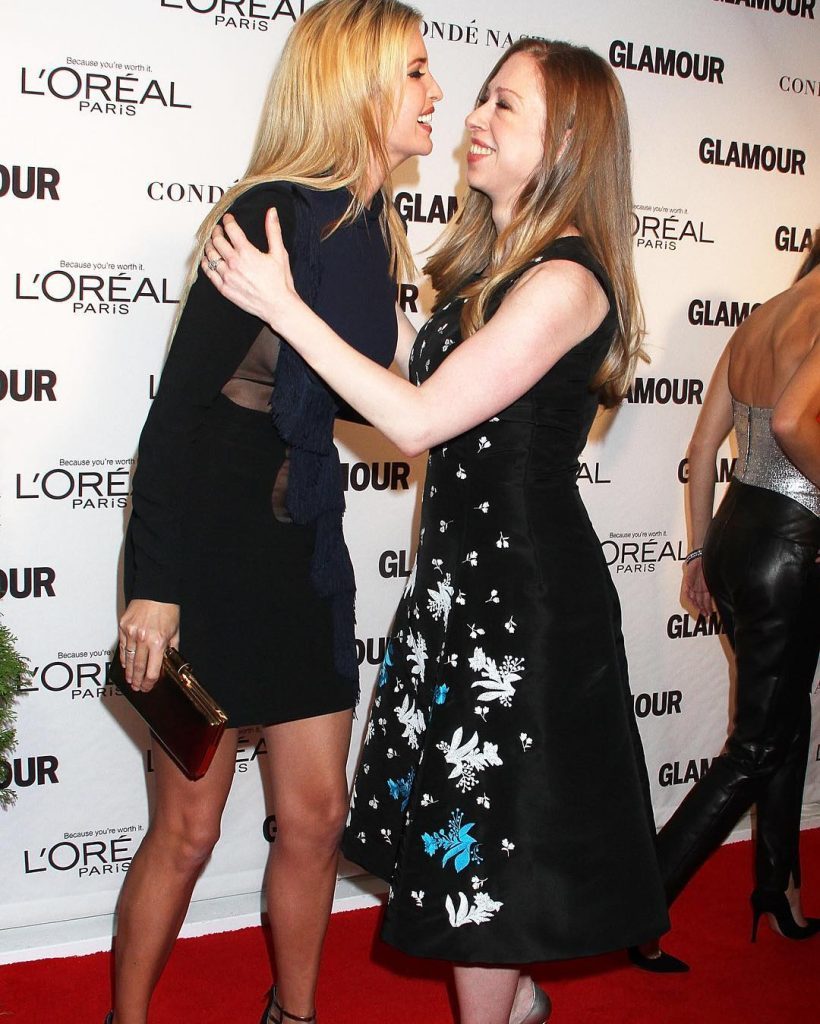 Hillary rarely mentions that Chelsea is good friends with Ivanka Trump. They have known each other for many years. Although the presidential debates between Trump and Clinton were fierce, and they caused some strife in the relationship, Ivanka says that they have not disturbed their friendship.

14. Her wedding cost an amazing $3 million 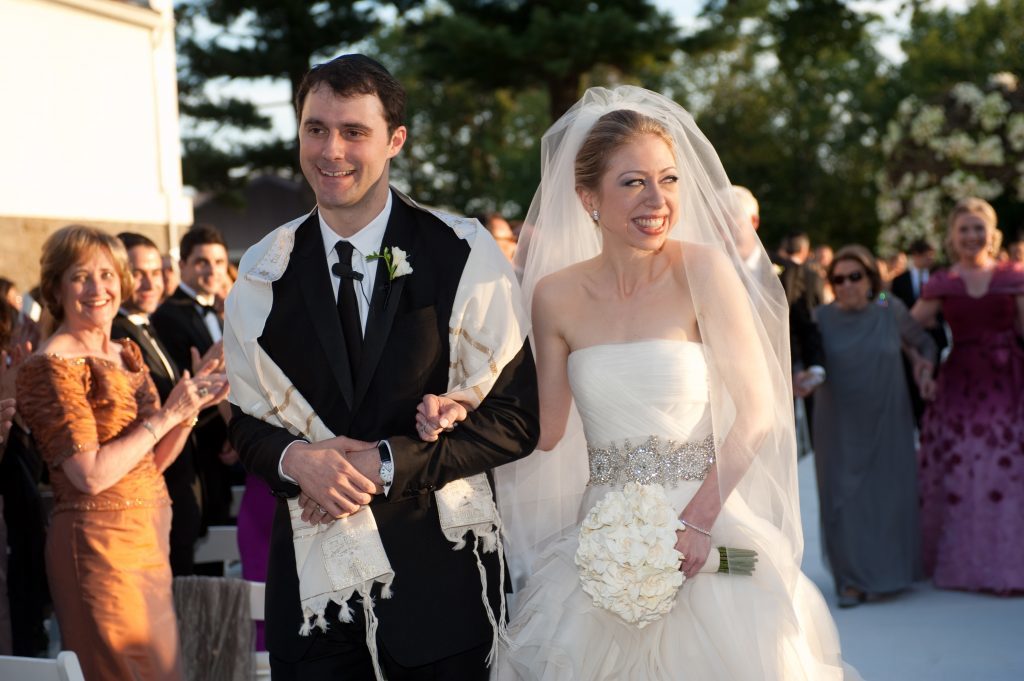 Chelsea married Marc Meezvinsky in 2010. Their wedding was very lavish and was held at the Astor Courts Estate, a 13,000 square foot mansion in New York. Mezvinsky is a hedge fund manager. Chelsea wore a Vera Wang wedding gown and another Wang gown for the reception. She also had a nine-tier cake to satisfy those 400 friends and family members.

13. She was the center of a bogus paternity scandal 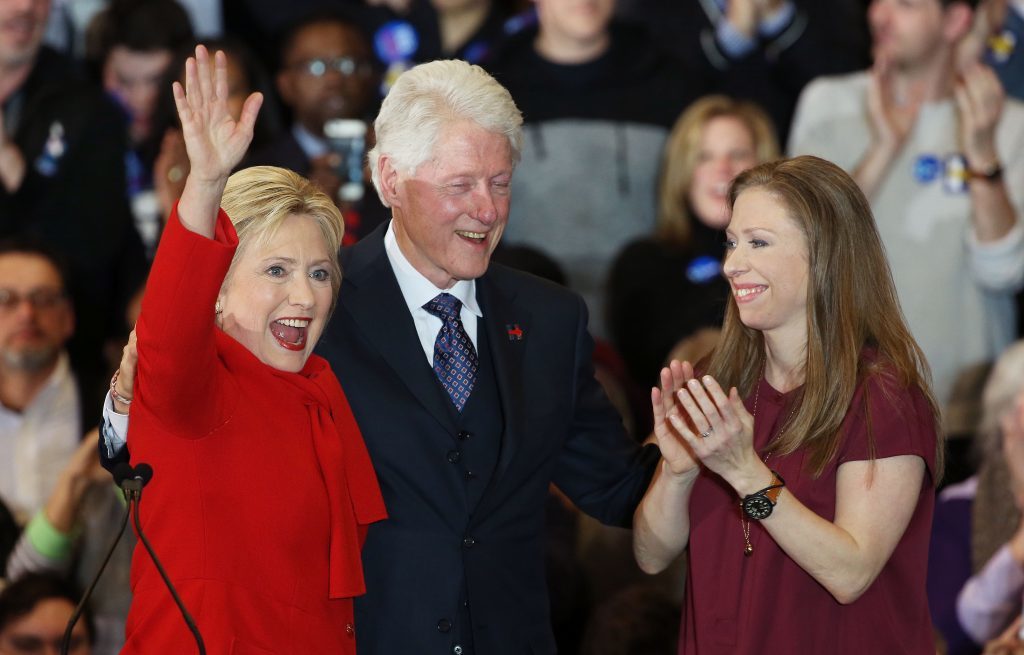 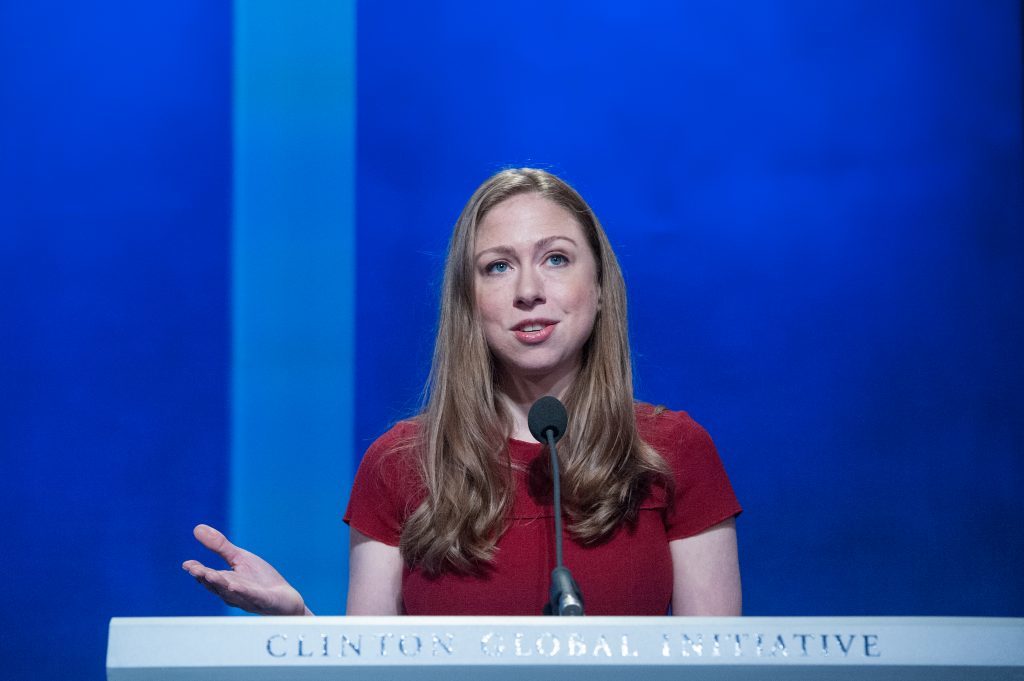 Bill Clinton signed the Defense of Marriage Act (DOMA) in 1996. It specified that marriage could only be between a man and a woman. However, twenty years later, Bill changed his mind about same sex marriage. This is mostly because of Chelsea. She said she helped him change his mind by introducing her father to LGBT friends and engaging in him with good debate. 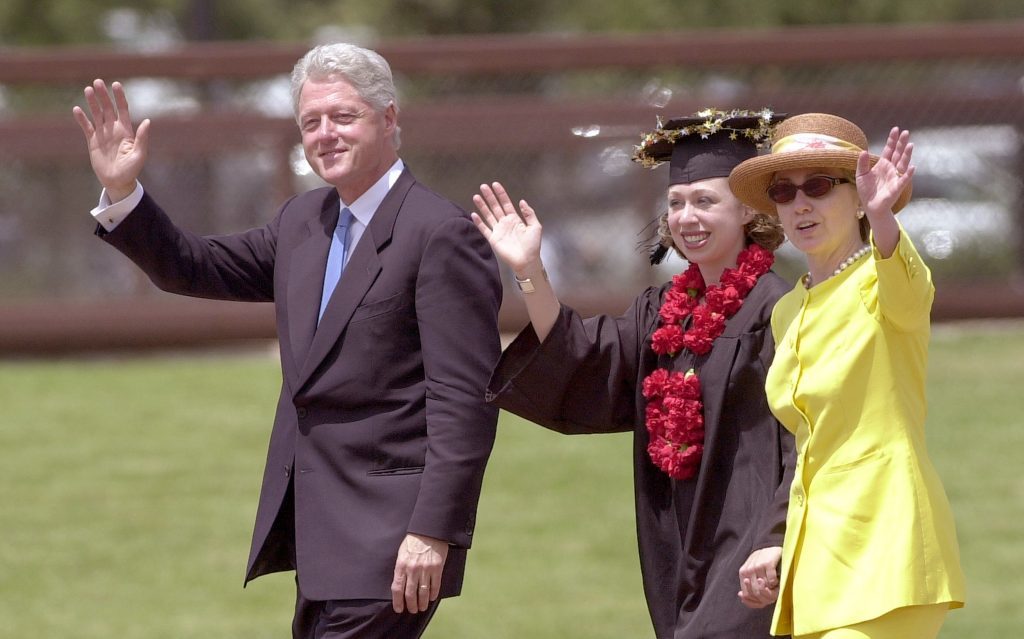 For many people, finishing college early is an impossible dream, but Chelsea managed it. She already had the credits she needed in order to graduate before the end of her senior year. Instead of leaving, she helped her mother’s Senate campaign and then helped her dad when he needed a date to state functions.

10. She was criticized for taking a private jet to a clean energy conference 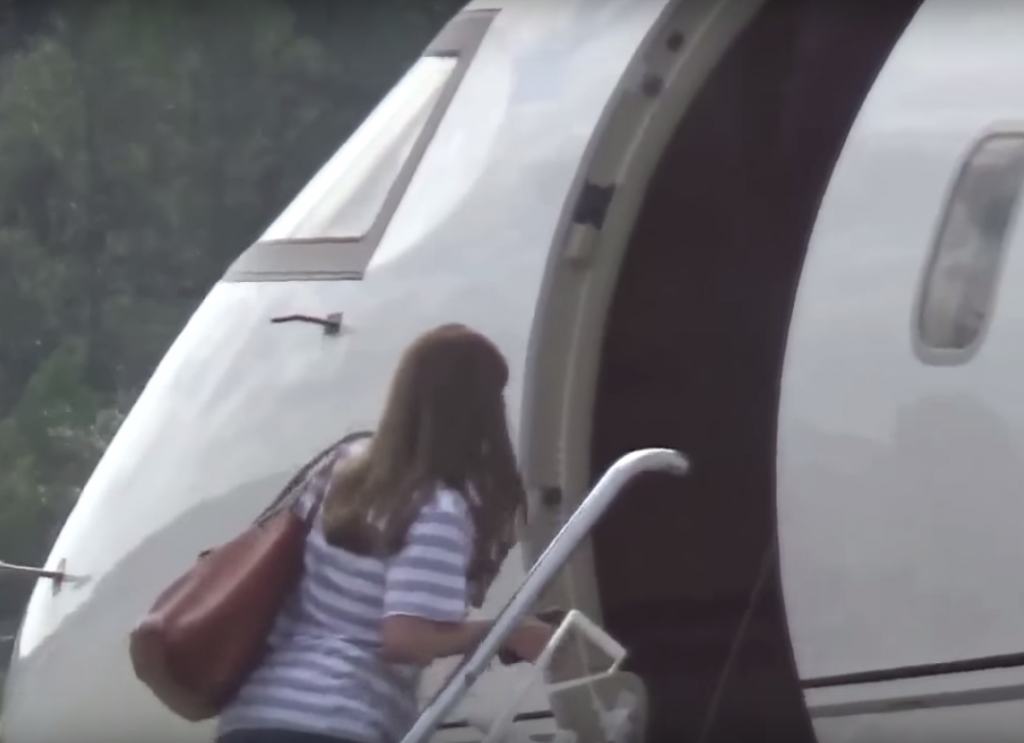 In September of 2016, people criticized Chelsea for using a private jet to go the 330 miles it to took reach a clean energy roundtable that had been organized by Hillary. The purpose of the event was to discuss the problem of climate change. Of course, she was then ridiculed because Hillary wanted to lead a carbon-neutral campaign. 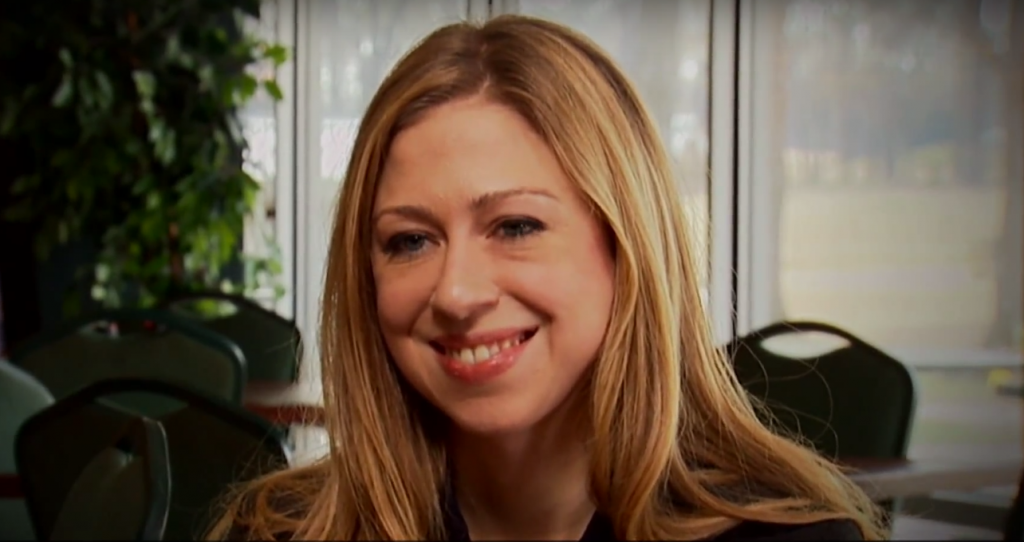 In 2016 Wikileaks released thousands of emails about the Clinton family without their consent or knowledge. In the emails, it was revealed that Chelsea at one point suspected her father’s aides of stealing from the Clinton Foundation. She said in one email that she believed they were taking “significant sums of money.” One person named Doug Band lashed out at Clinton after she accused him, calling her a “spoiled brat.”

8. Chelsea slipped up and called Bernie “President Sanders” during her mother’s campaign 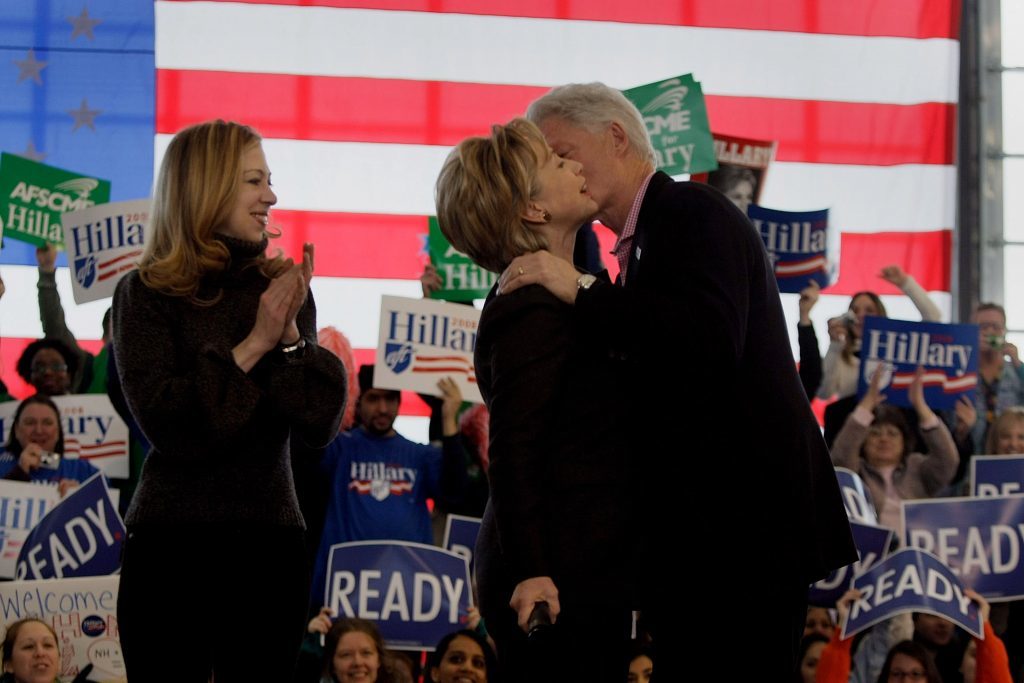 During the contentious campaign between Hillary and Bernie Sanders, Chelsea made an embarrassing mistake. She accidentally called Sanders, who was competing with her mom for the party’s nomination, “President Sanders” while at a stop in Minnesota. Thankfully, the audience just giggled. Chelsea then fixed her statement quickly.

7. She had to learn to ignore lies about her mom and dad at just six years old 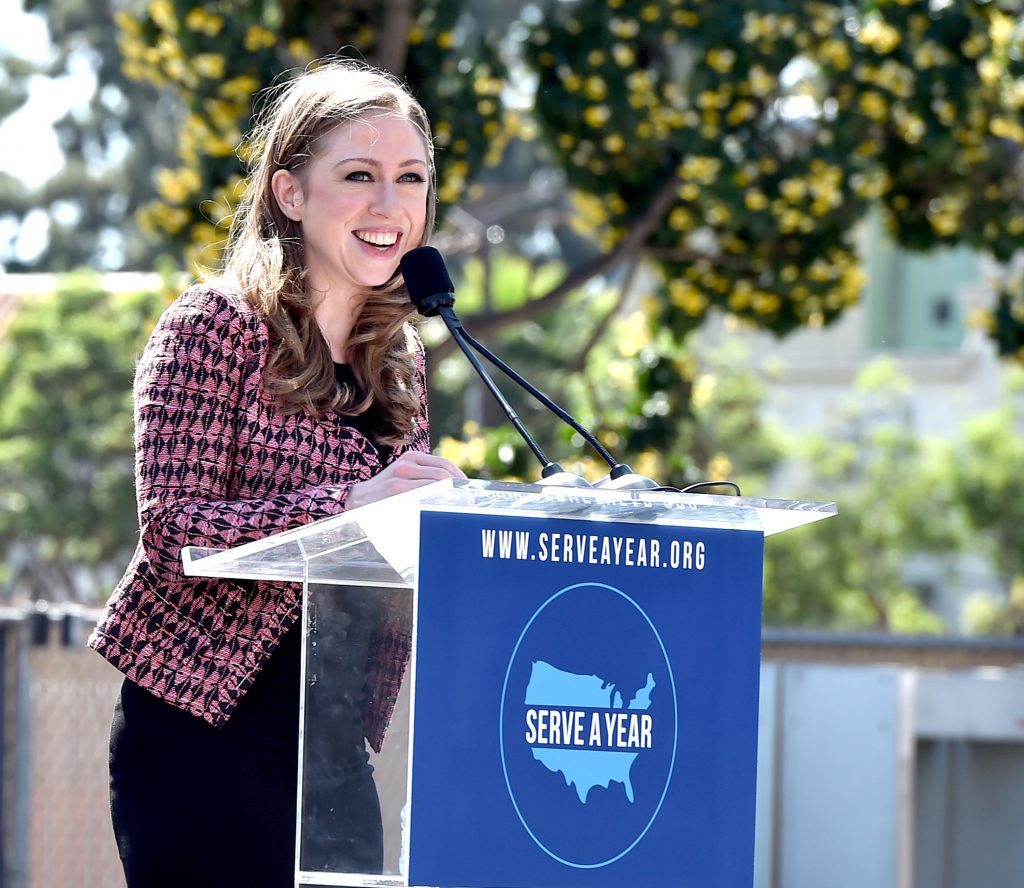 Even at the age of six, Chelsea had to learn to have a thick skin. Her parents did mock debates at home to acclimate Chelsea to the kind of things she would be hearing against her. This was her parents’ way of preparing her for the lies that would be told about her parents during campaigns. 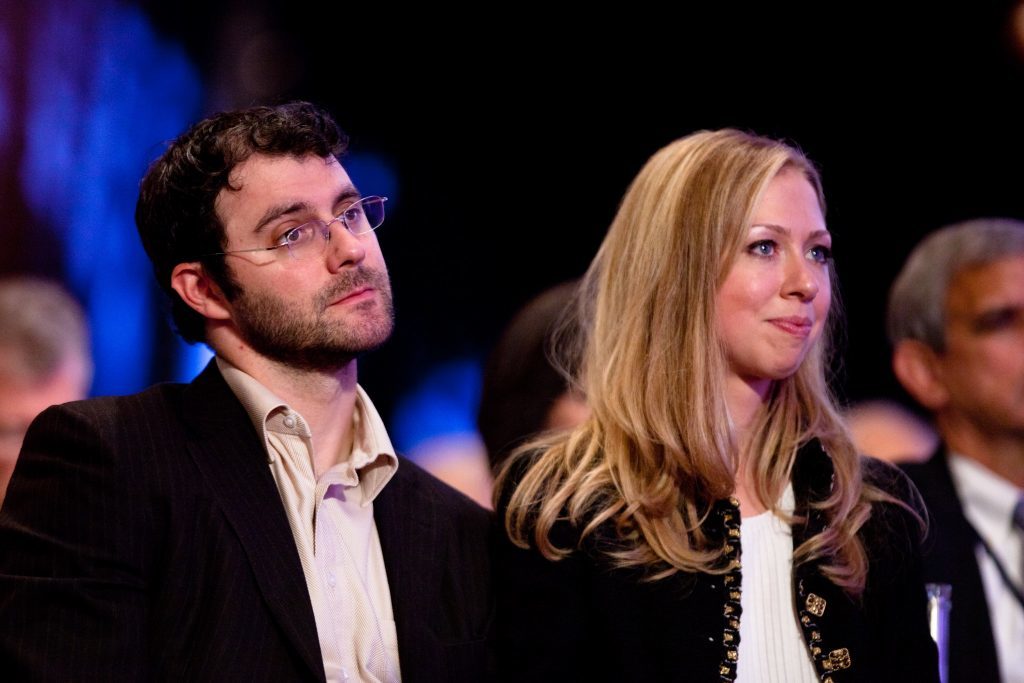 Chelsea’s husband, Marc Mezvinsky, had a major problem in May of 2016 after he took a financial risk that caused investors to lose nearly $25 million! Specifically, he convinced wealthy people to take a risk by dabbling in the Greek economy. He was not successful. Some of the people were prominent contributors to the campaigns of both Clintons.

5. Her husband’s father is a felon 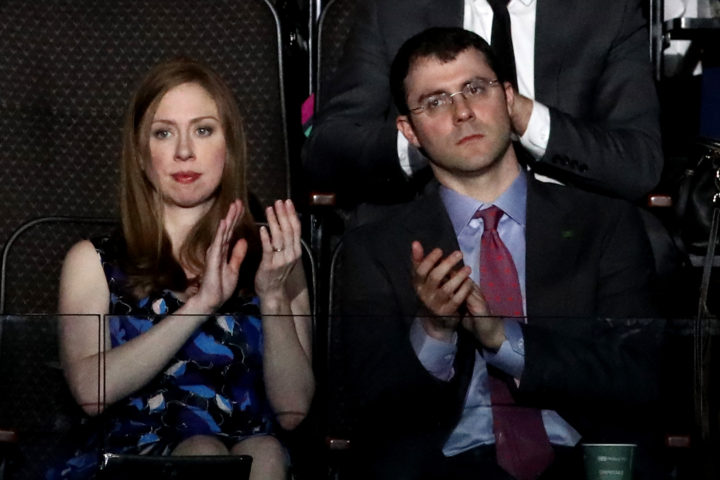 Chelsea’s father-in-law is not a perfect citizen. Ed Mezvinsky is a convicted felon who had gone to prison for committing fraud. Ed spent five years in prison. He had been a longtime friend of Bill Clinton, but President Clinton denied him a presidential pardon in 2000. 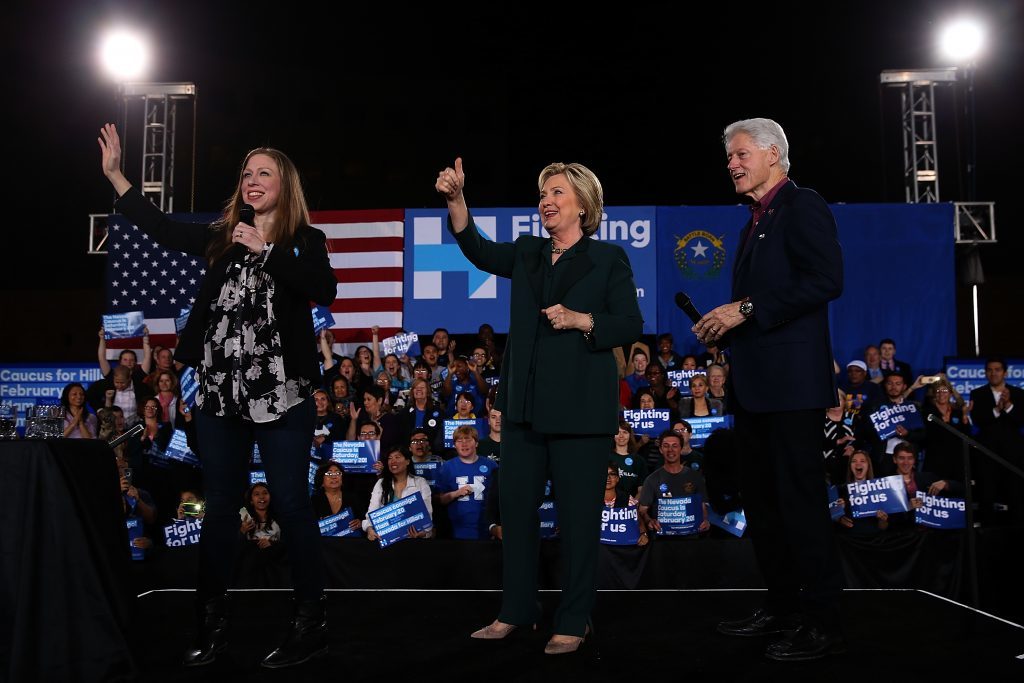 The email scandal that enveloped Hillary Clinton also encompasses her own daughter. The people of Wikileaks found a whopping 67 emails between the pair. Chelsea used the alias “Diane Reynolds.” Some say the emails included classified information on the 2012 Benghazi terrorist attacks.

3. She was in an argument about the Oscars 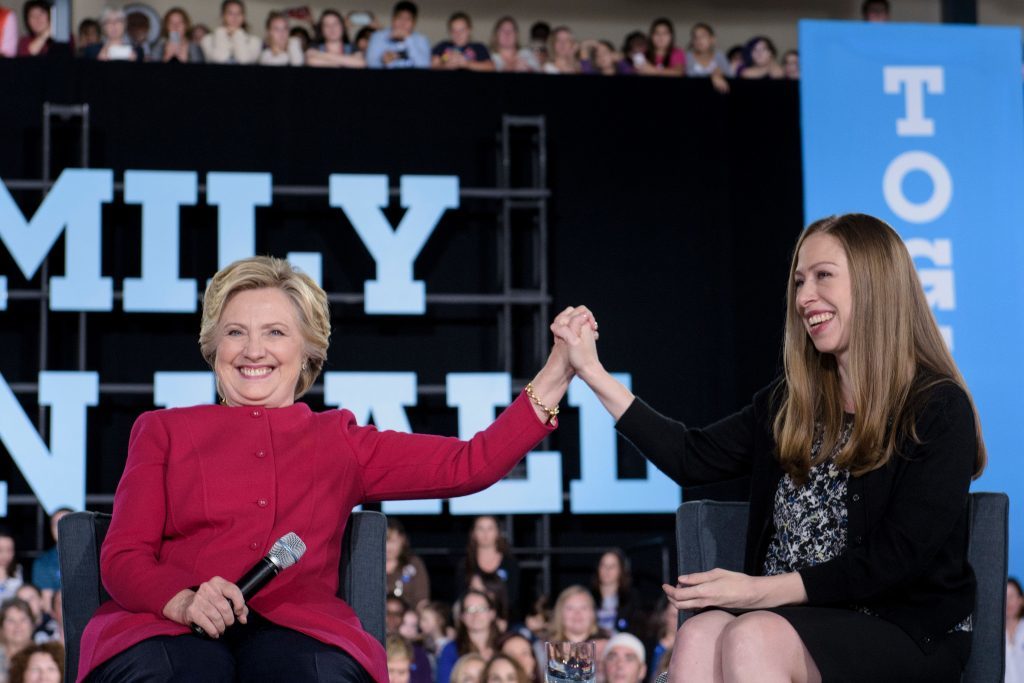 Clinton said that Charlotte Rampling was “outrageous, ignorant and offensive” after the foreign actress rejected claims that more African Americans should be nominated for Academy Awards. When she tweeted her comments in 2016, some naysayers attacked Chelsea and defended Rampling.

2. Chelsea spent $10 million on an apartment where she lives in New York City 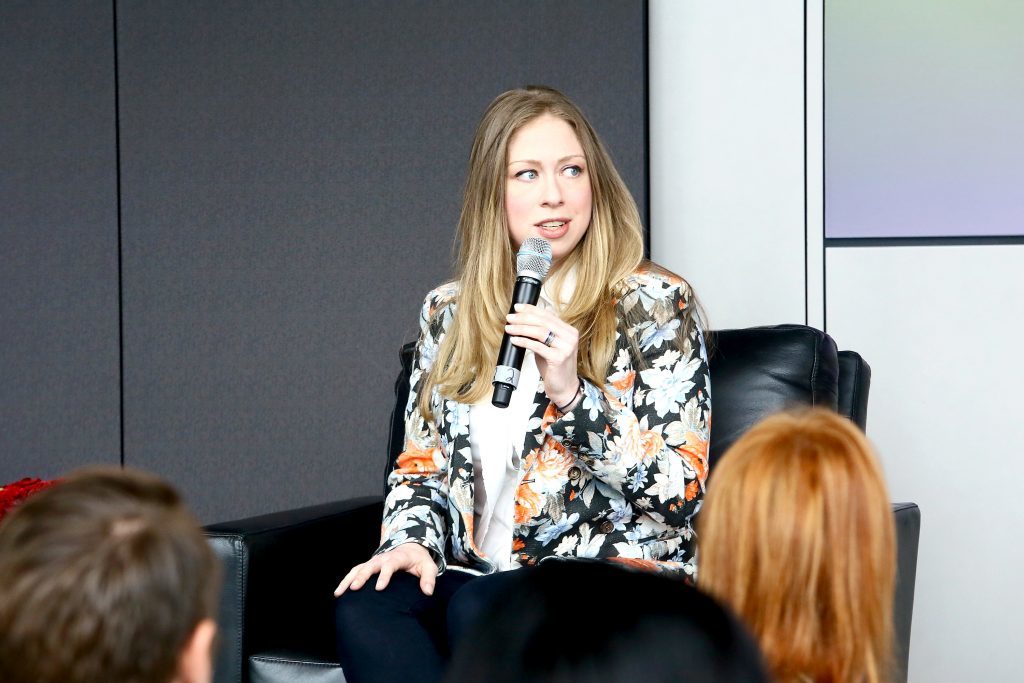 Chelsea lives in New York City in an apartment just off Madison Avenue. It cost $10 million. Her husband and Chelsea sold their prior apartment for $4 million before moving into the building, which boasts a full-time doorman.

1. She had no idea Hillary got pneumonia 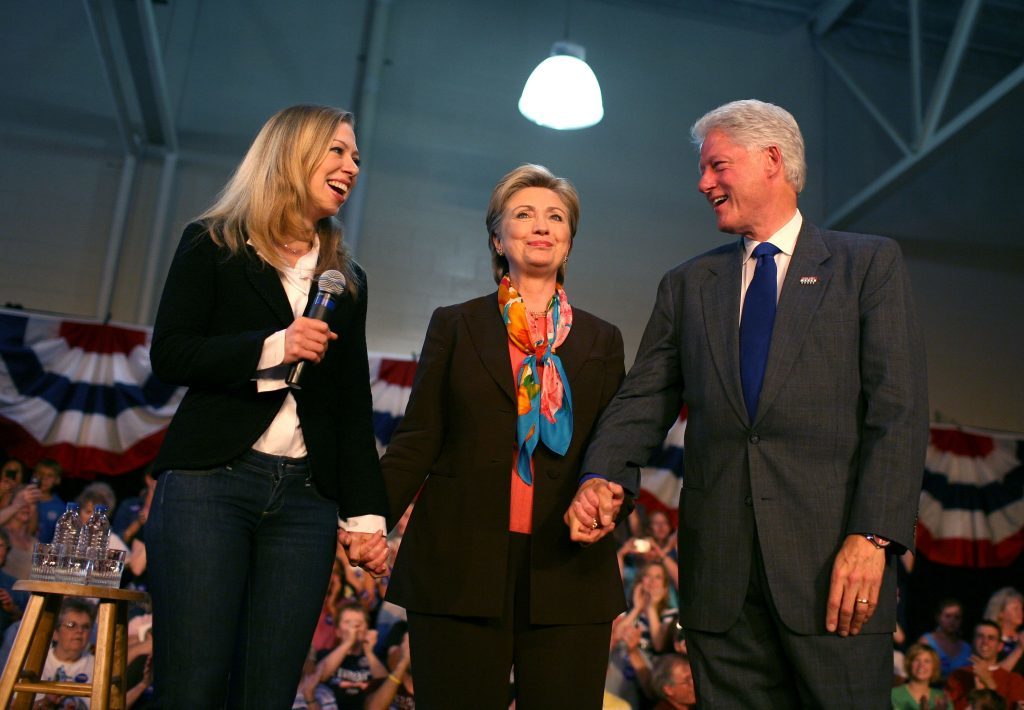 During Hillary’s presidential campaign, some people got upset when Hillary got pneumonia. They thought she should have told everyone that she had pneumonia. In an interview with the magazine Cosmopolitan, Chelsea said even she did not know that her mother had pneumonia. Hillary didn’t tell her, nor did she complain.

Lifecycle Of A High-End Game Development
How Much Does a Website Cost?
Questions to Ask When Searching for Software Development Company in Australia
Online Slot Jackpots and Their Types
How Testosterone Affects Hair Loss
CRM platforms – the right solution for business
Multi-Level Marketing Vs Affiliate Marketing: Which Is More Effective In 2021?
Best Managed Service Providers You Should Know in 2021
5 Creative Photoshoot Ideas to Try at Home
Can Web Design Affect Your SEO Negatively: Here Are 5 Mistakes To Avoid
How to Keep Yourself Safe on the Internet
Web Design Ideas for College Students: Top 5
ADVERTISEMENT
ADVERTISEMENT