Have you ever paused a movie at just the right moment that one of the characters on the screen looks absolutely terrifying? These people paused Disney movies and couldn’t help but document the scene and share it on the Internet. 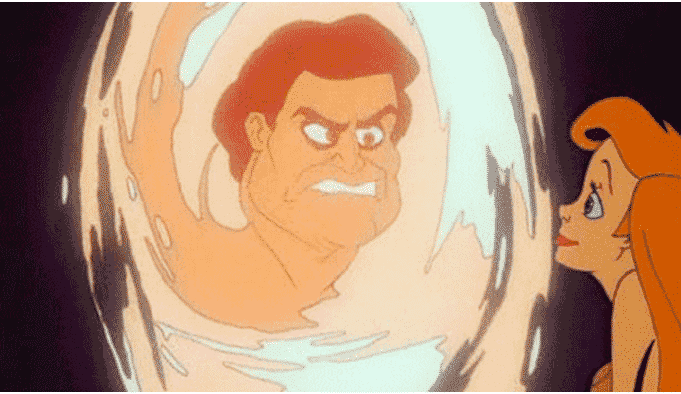 Prince Eric is a pretty handsome guy, not to mention he’s a prince. However, when they say that love is blind, it truly is. Just look at his face in this paused scene. Ariel doesn’t even notice, though.

Kim Possible and the Cheerleader 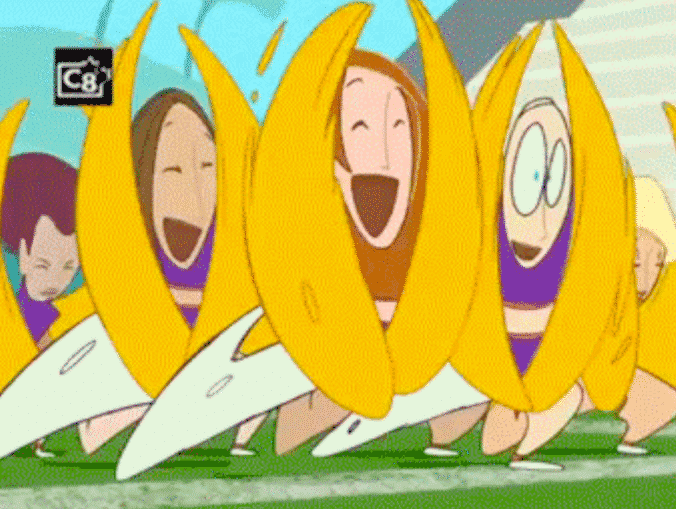 We can’t look great every single day, it’s just impossible. Well, this cheerleader on Kim Possible’s cheerleading squad was having an off day when this viewer decided to pause the show for a second. 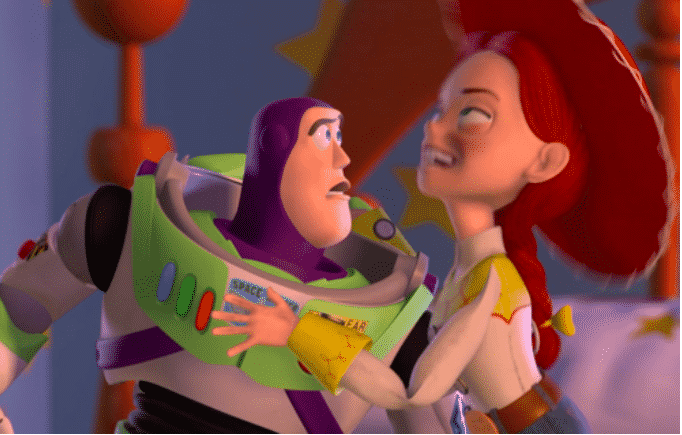 Jessie is definitely having a bad day here. Just look at that look of fury on her face as she grabs Buzz Lightyear.

It looks like Sven found some grass to finally relieve himself on. It gets pretty uncomfortable having to go on snow all of the time. It’s cold, even for a reindeer! 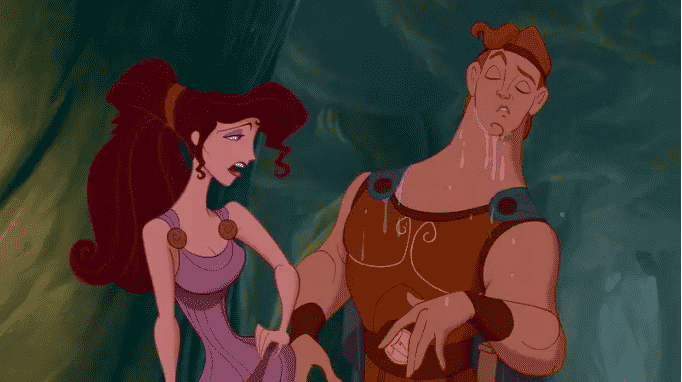 Meg has the ultimate bad-girl attitude. She gives anyone and everyone sass, even the hero who saved her. Hercules is obviously shocked by her sass. 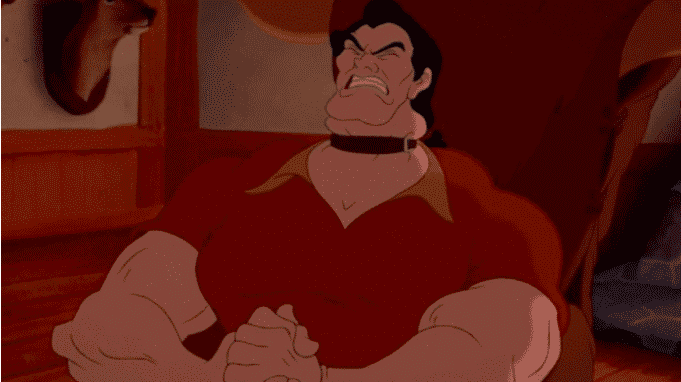 When this scene is taken out of context, it looks like Gaston is doing something a little more than proving his strength. It’s probably not safe for kids to see.

One of Merida’s defining qualities is her gorgeous long and red hair. However, in this perfectly paused scene, she seems to have lost her face and turned into a large ball of hair. 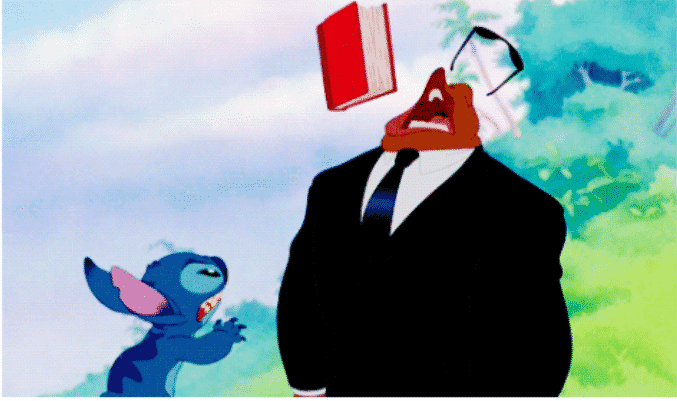 There’s no doubt that Stitch has some anger problems. When he threw a book at this alien’s face, he surely damaged it badly. Just look at how it caved in on itself. 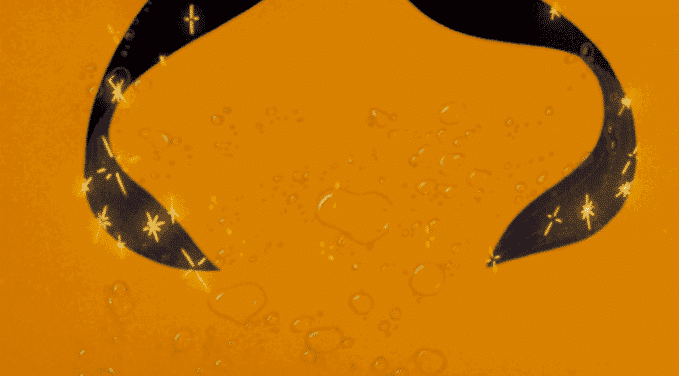 As Ariel transformed from a mermaid into a human, the process is a little less glamorous than you may have thought. You can see here that as she gets her legs, she also has some pretty embarrassing webbed feet to deal with for a few seconds. 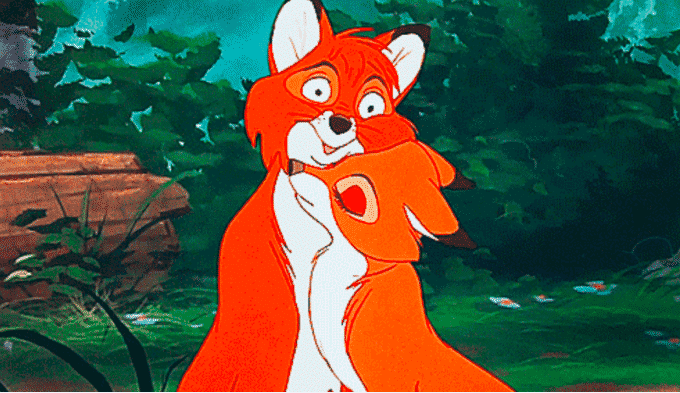 There are some boys who get a little too excited when it comes to a woman’s touch. Tod seems to be one of them in this scene.

As the Beast turns back into his human form, it isn’t a pretty sight to see. Just look at that horrific neckbeard! It’s a good thing this scene doesn’t last for too long, otherwise we may not have thought Prince Adam is as handsome.

As one of Aladdin’s enemies grabbed him by his shirt, he seemed to have lost all of the bones in his body. Just look at how mushy and flexible he is.

There is a reason Frozen was rated PG and this scene may just be it. We’ll let you imagine what is happening here beneath that blanket.

Tarzan definitely has a temper, but you can definitely see him about to burst in this paused scene. He is so full of air that he just has to let it out somehow. It’ll probably result in a large roar of some kind.

All the Glow Sticks 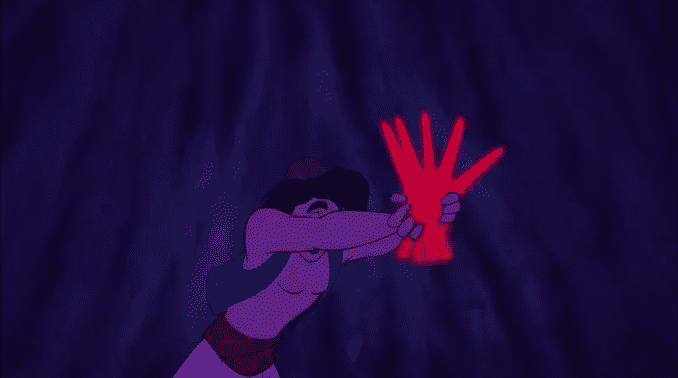 Contrary to what you think, the Cave of Wonders is actually a club that hosts a ton of raves. Aladdin got a little carried away with the glow sticks at his first one. He’ll learn for next time. 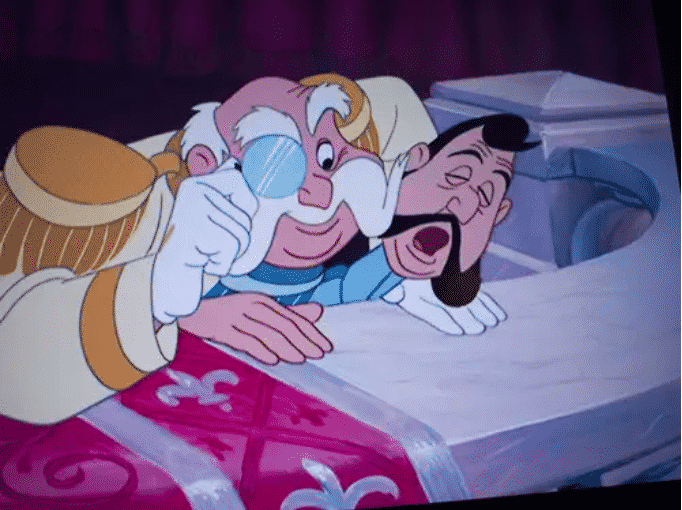 The Grand Duke and the Footman seem to be pretty close in this scene. We’ll let you unpack that relationship on your own. 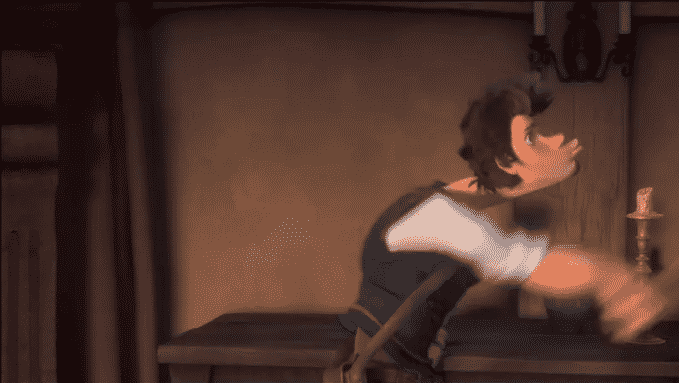 There’s no doubt that Flynn Rider is one of the handsomest princes Disney has come up with. However, in this scene, he looks more like a caveman than a knight in shining armor. 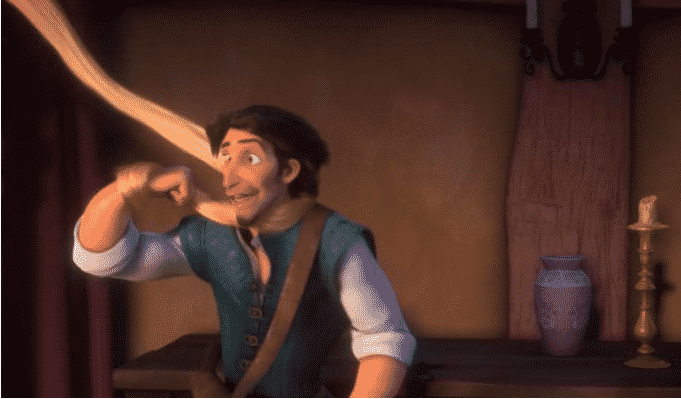 Moving from caveman to just a plan silly man, Flynn Rider has multiple expressions when it comes to pausing Tangled. It looks like he’s having a pretty good time here, though. 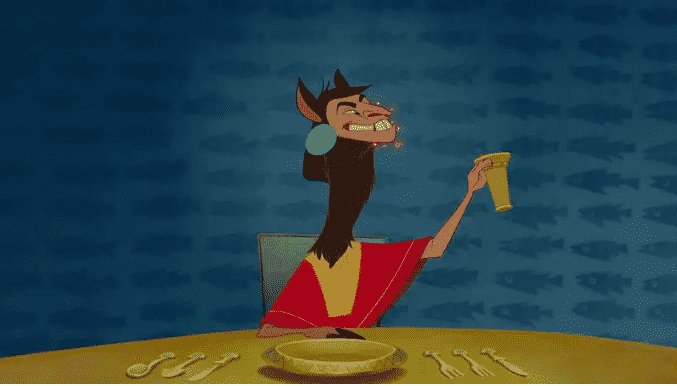 Emperor Kuzco definitely was not having the best day of his life in this scene. When paused at just the right moment, though, he looks almost exactly like Beavis and Butthead. 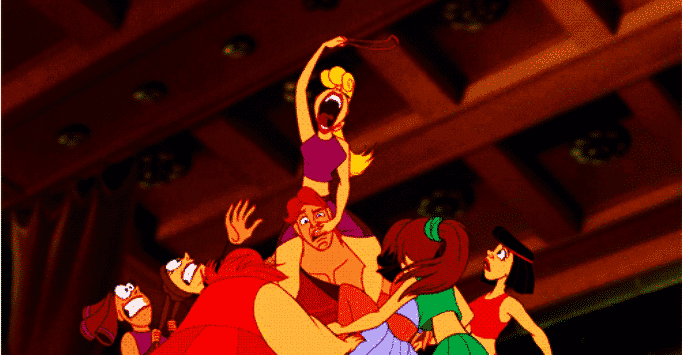 When it comes to being a celebrity and having a lot of fan girls, a mob of them can be pretty dangerous. Hercules looks like he got caught in quite a predicament when a mob of fan girls crowded him. 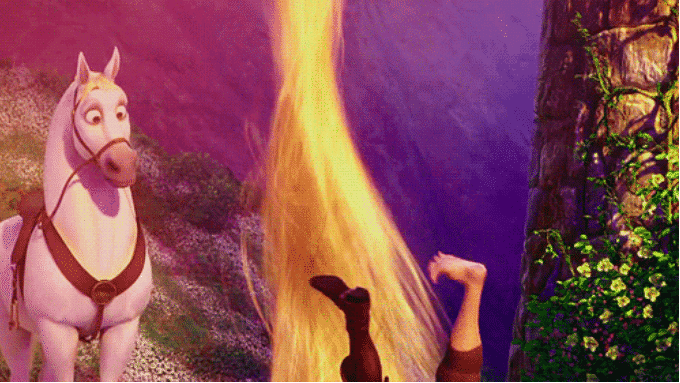 It looks like someone lost their shoe in this scene. We’re guessing it’s Flynn Rider. There’s a reason we always see him with shoes. It’s because his toes are absolutely hideous. 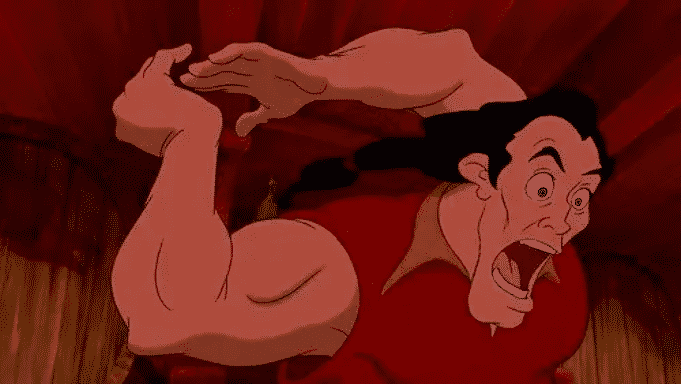 It’s hard to imagine a muscular man like Gaston being able to get his arms this far behind his body. He’s pretty darned flexible. His facial expression really makes it all, though.

Sliding into Your DMs 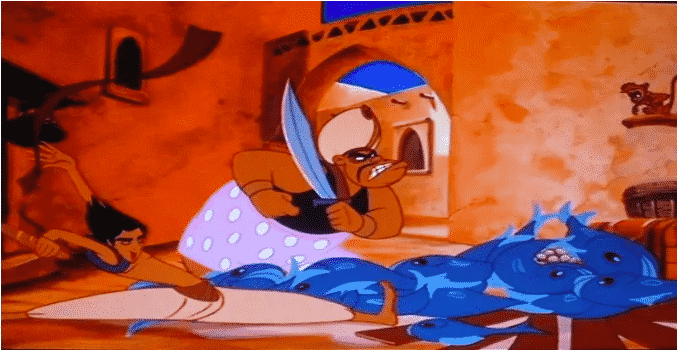 There’s a reason Aladdin is such a great thief. It’s because he can slither through town without being noticed. Just look at how he slides passed this guard. 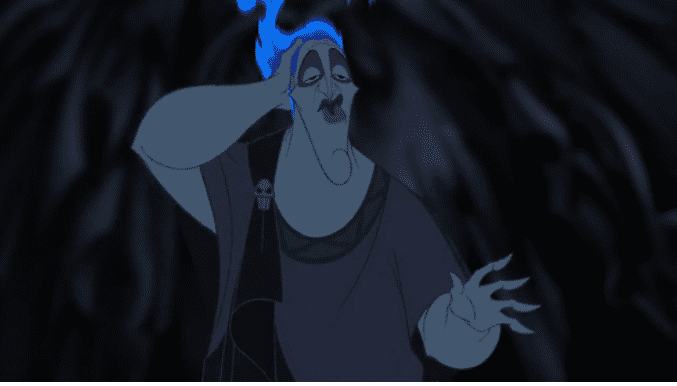 We guarantee you’ve never thought of Hades in a sexual way… until now. Just look at how sensual he’s being. Those are for sure bedroom eyes that he’s giving you.

If you put this scene in a mobster movie, Erica and Ariel would fit in perfectly. Just look that those hand gestures. They’re obviously getting passionate over some pasta dish or a mob hit. 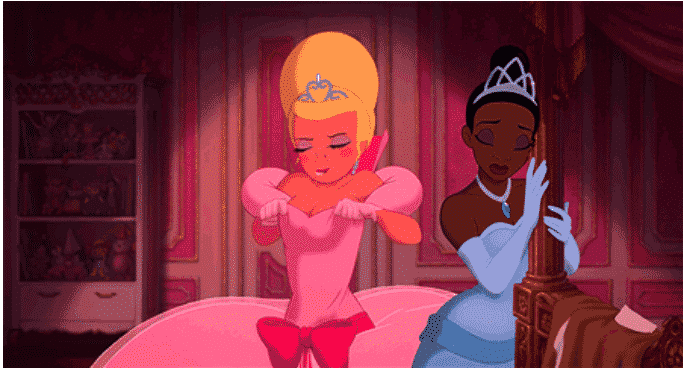 Charlotte La Bouff was always adorable and thought of herself as attractive. Unfortunately, you can’t be attractive at all moments of the day. This paused scene caught her at her very worst. 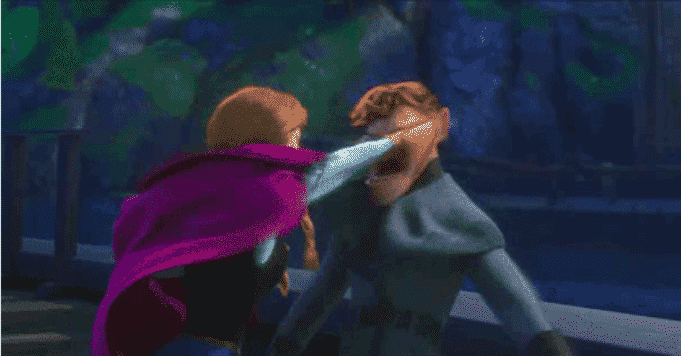 Elsa may shoot out ice from her hands, but Anna can defy the laws of physics with just one punch. Where does her hand even go? It looks like this man’s face has swallowed it right up.

Outsourcing web development. Problems and Solutions
How to Prepare for Fire Season
Will Social Media Be Used Against Me in a Divorce and How to Protect Yourself from This
Getting ready to buy your dream home this year? Be smart and be prepared…
Artist Reimagines Celebrities as Disney Characters
Disney Memes Guaranteed to Make You Laugh
Disney Memes That Are Too Relatable
Disney Characters In Real Life? Check This Out!
Old As Dirt: You Won’t Believe These Crazy Vintage Hygiene Practices
Kids Say the Darnedest Things
It’s Time for These People to Just Give Up
Famous Actors Who Were Blacklisted from Hollywood
ADVERTISEMENT
300x250_Desktop_ATF1
ADVERTISEMENT
300x250_Desktop_ATF2