When people think of a meteorologist, they think of a man in glasses standing in front of a green screen. However, there are some women in the field that deserve our attention! These weather girls aren’t only sophisticated and smart, but gorgeous too! 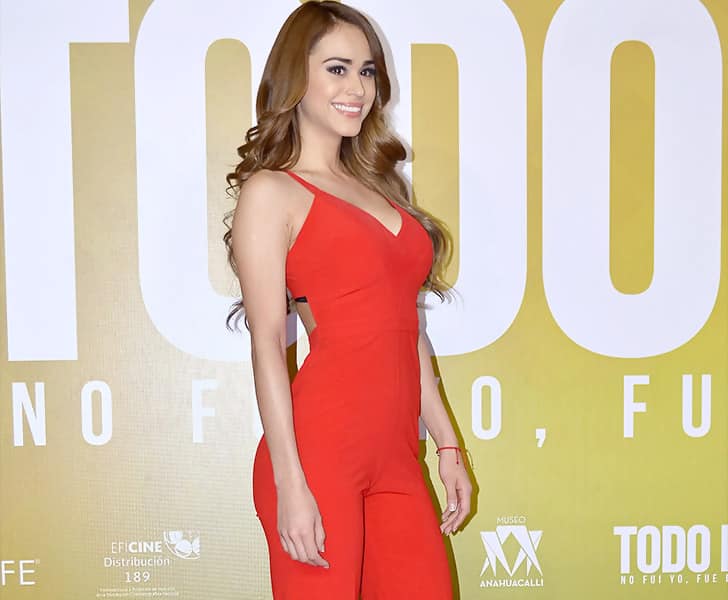 Yanet Garcia began her career in 2015 when she appeared on Televisa Monterrey. This Mexican beauty has over 8 million followers on Instagram and has her own YouTube channel. 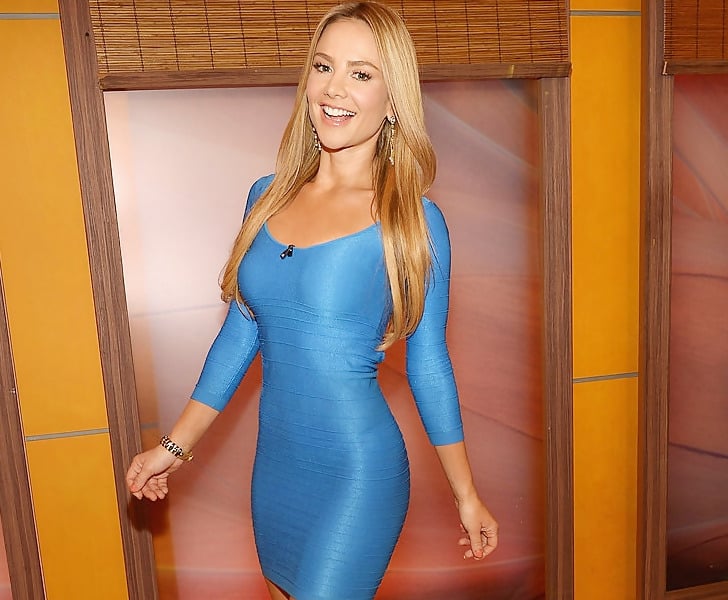 Ximena Cordoba is a weather girl from Colombia. She gained attention when she appeared on the reality TV show, Protagonistas De Novela. It wasn’t until 2010 that she became a weather girl after some modeling and acting gigs. 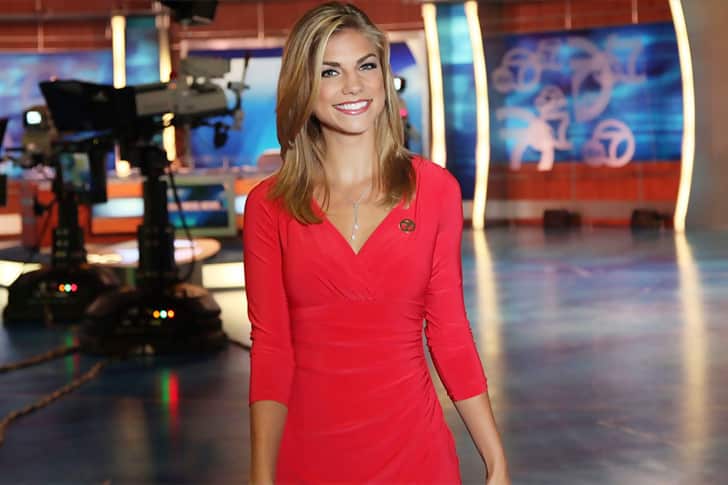 Bri Winkler appears on ABC 7 News to announce the weather daily. She attended the University of Miami and went on to be a weather girl. At the age of 24, Bri suffered from a stroke. However, it didn’t set her back too much. 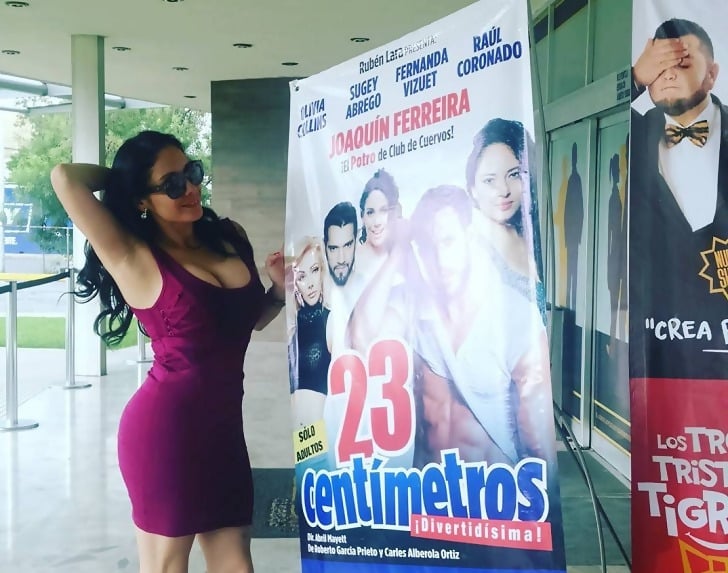 The beautiful Sugey Abrego is a weather girl for Mexican channel, Televisa. She is also known for her modeling in Playboy and for an infamous wardrobe malfunction while on the air. 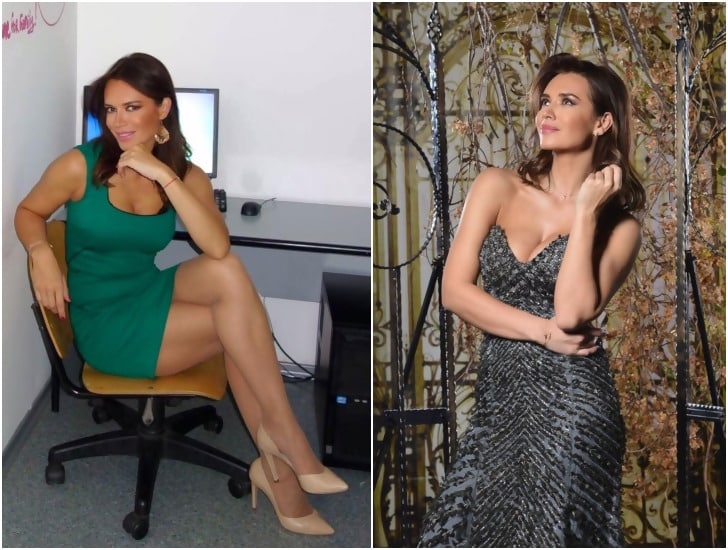 Romanian weathergirl, Magda Palimariu may be one of the most attractive weather girls on television. She appeared on Pro TV and would let people know just how cold Romania is going to be each day. 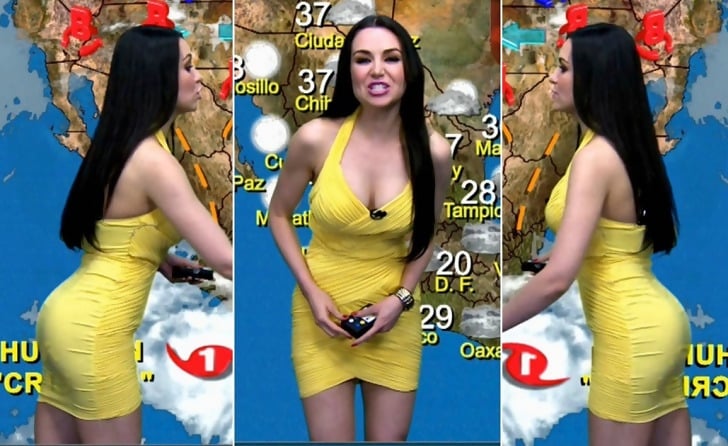 Before becoming a weather girl, Mayte Carranco participated in beauty pageants and it’s no mystery why. Along with announcing the weather, Mayte is also a model and has a large following on Instagram. 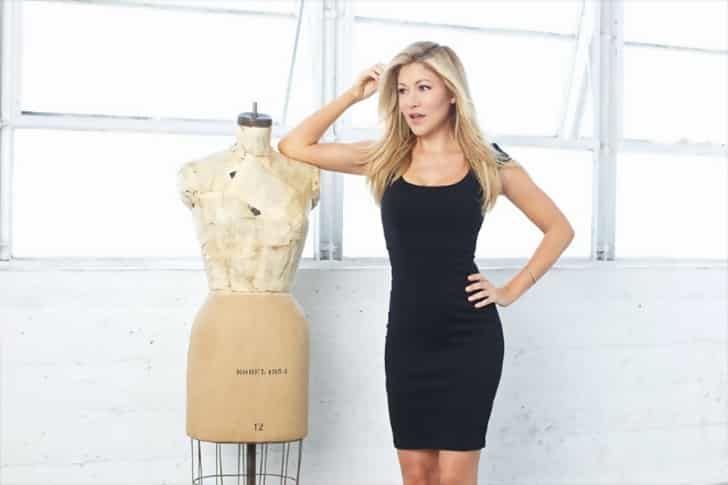 Jackie Johnson can be seen on CBS giving the weather. She started there in 2010 after graduated from the University of South Alabama. However, in 2018 she decided to leave her career and focus on her family. 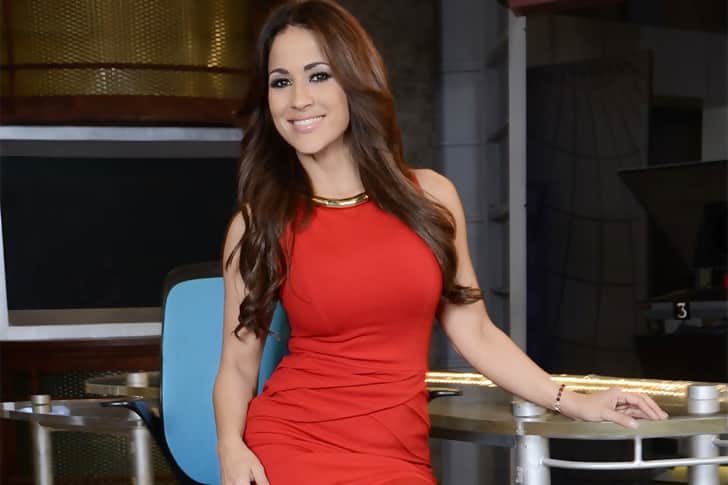 Puerto Rican native, Jackie Guerrido, didn’t have an easy childhood. She lived in an abusive household and eventually moved to the Bronx. She appeared on Univision to give the weather everyday. She still participates in Puerto Rican culture and events in New York. 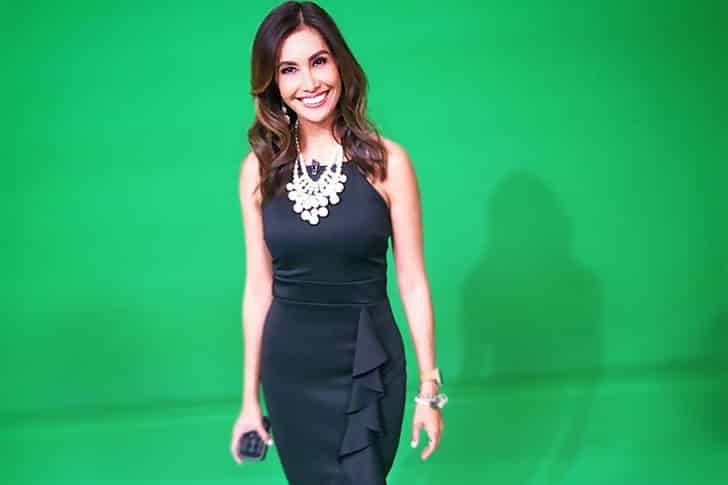 Maria Quiban was born in the Philippines and moved to Hawaii where she earned a degree in journalism. She later moved to Los Angeles where she became a weathergirl. Her beauty is timeless! Can you believe that she is 48 years old? 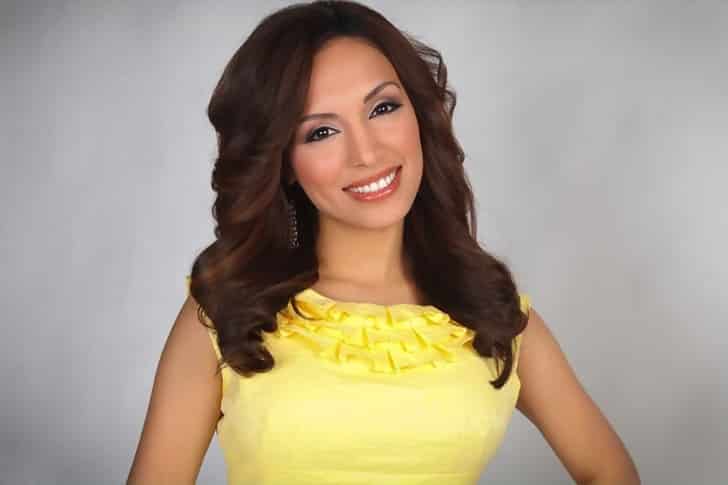 Maria Molina moved from Nicaragua to Florida as a young girl with her family. She later went to Florida State University and got a job with FOX as a weather girl. 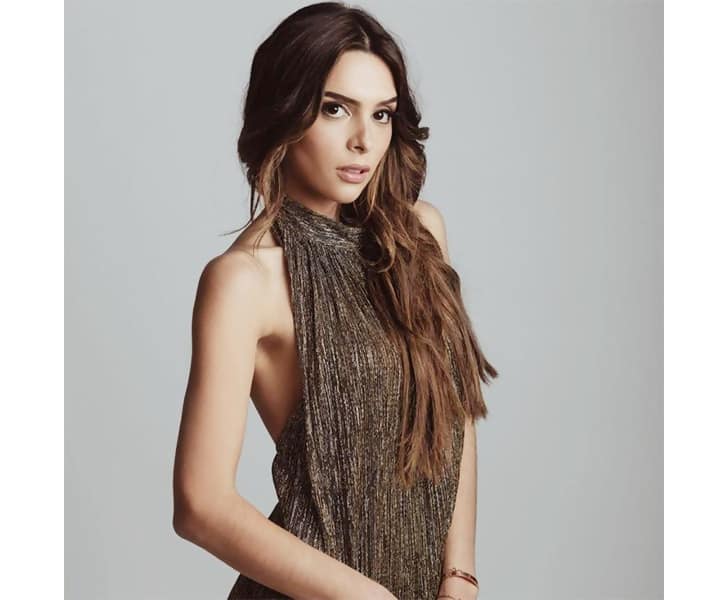 Lluvia Carrillo originally went to school to study psychology, but ended up working as a sports journalist. This is how she made her way to Televisa Monterrey and started her job as a weather girl. 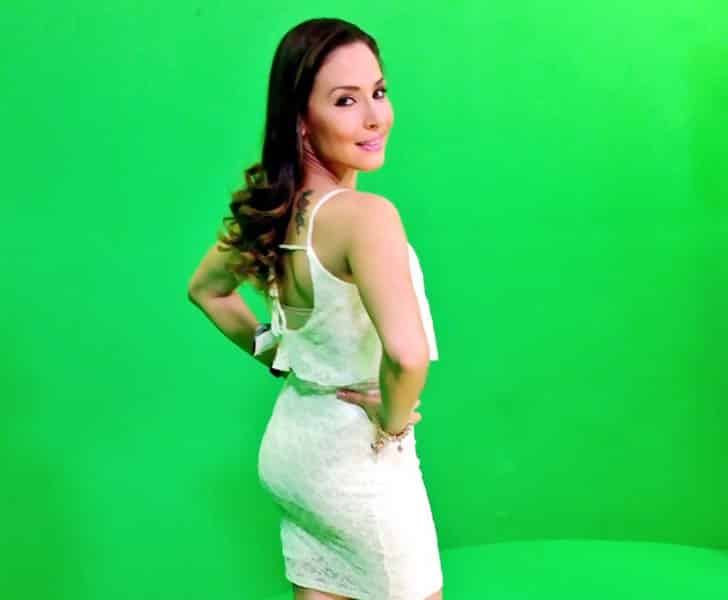 Zelenny Ibarra began her career with studying International Relations, then moved to Theater, and ended up as a weather girl for Multimedios TV. She disappeared from the television screen in 2011, but started making her comeback in 2018 with theater plays. 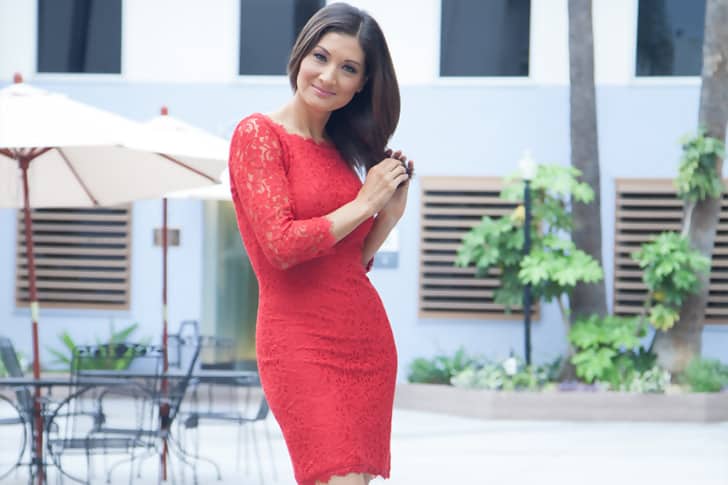 The beautiful Liberte Chan studied journalism at the University of Massachusetts and can be seen on KTLA Channel 5. While the public doesn’t know much about her private life, she does share her love for animals and fitness on her blog, Life of Liberte. 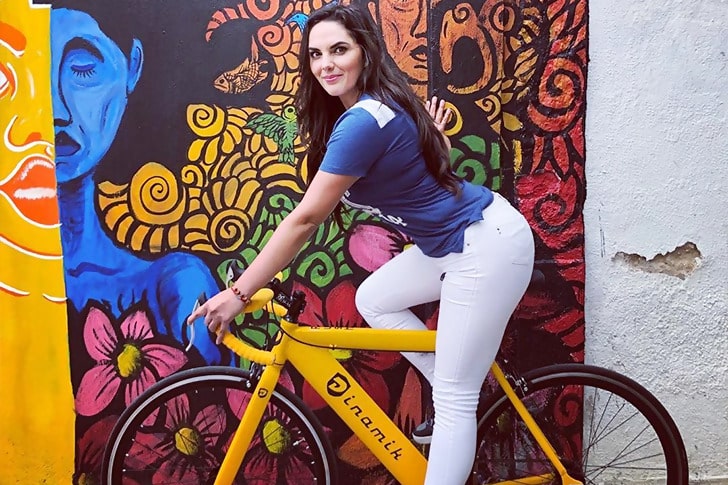 Vania Manzano appears on TV Azteca as their most beautiful weather girl with stunning curves and a gorgeous smile. She also has over 80k followers on Instagram. 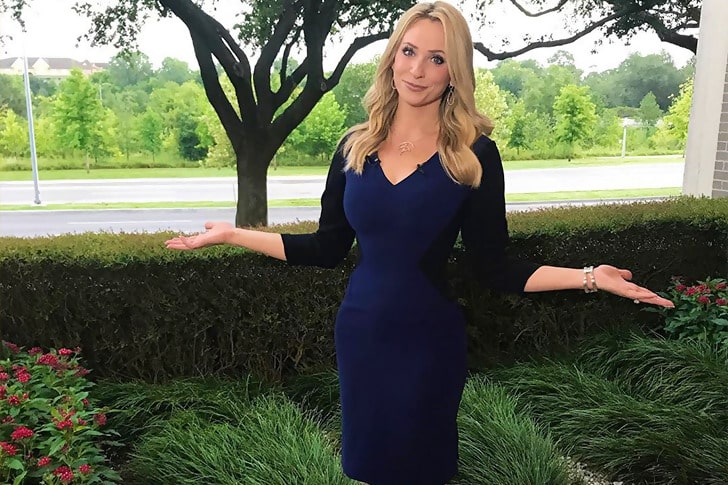 Chita Craft is from California and appears on KHOU 11 in Houston, Texas. She attended Arizona State University and loves her job as a meteorologist. She now has a family of her own and loves to share pictures of her baby. 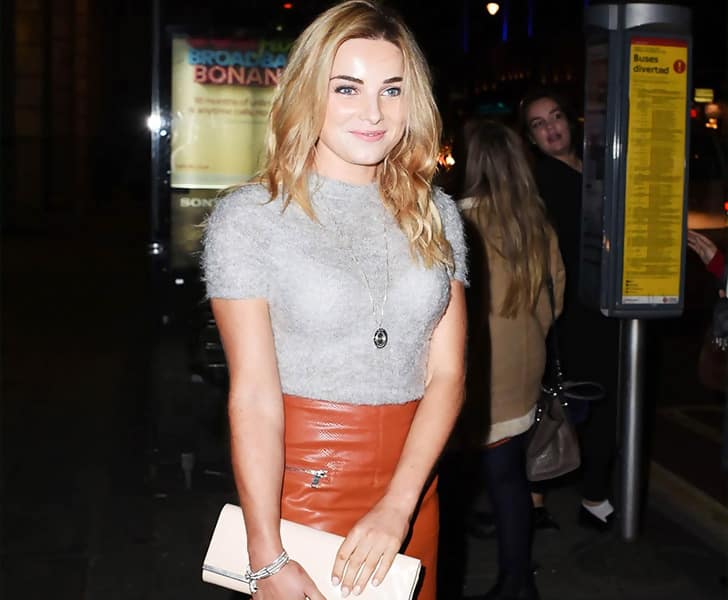 The gorgeous European Sian Welby can be seen on Channel 5 updating viewers about the weather. Before making her way on television as a weather girl, she would report on cycling and racing events for Eurosport. 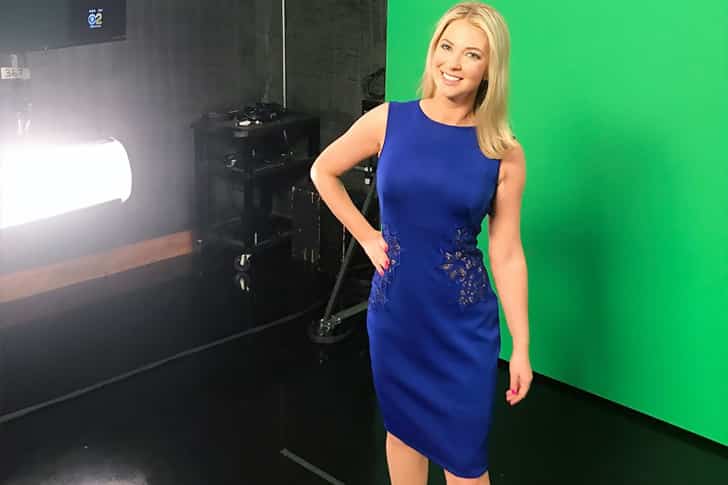 Evelyn Taft attended Mississippi State University in 2009 and made her way onto CBS LA and KCAL 9 as their stunning meteorologist. She has two children of her own and loves to work out. 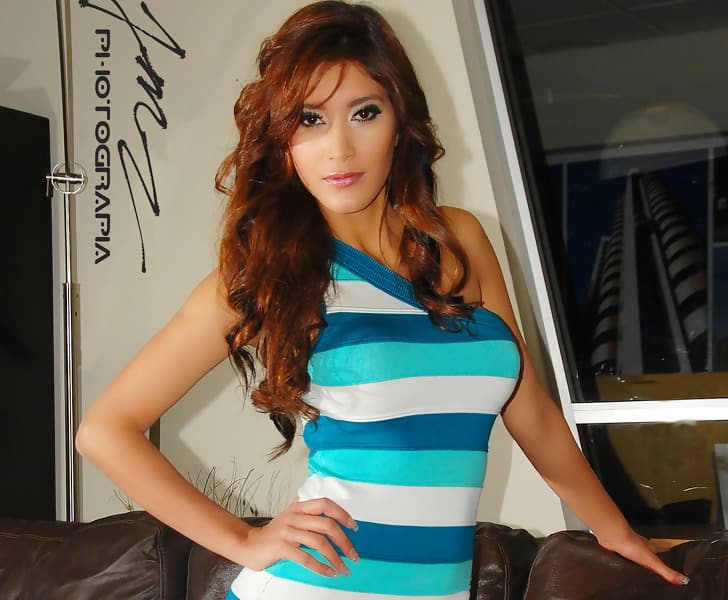 Diana Alvarado could be seen on KWHY and KWKW before moving over to Univision. She became a staple weather girl at the station and viewers love watching her giving the reports. While we don’t know much about her private life, she do know that she is drop dead gorgeous. 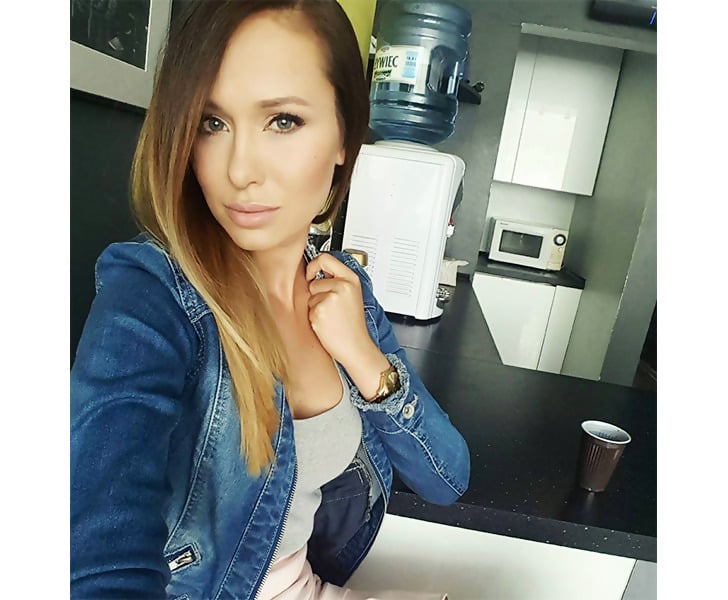 Sandra Ryncarz appears on the Polish channel, Superstacja. She landed the job right after her graduation and has been there ever since. 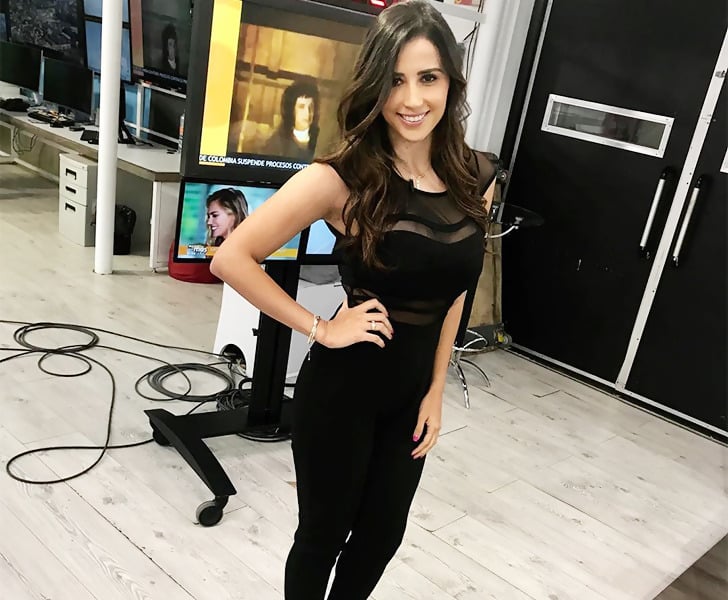 Susy Almeida can be seen giving weather reports on Televisa Guadalajara to admiring fans. She was named Most Gorgeous Weathergirl by Daily Star Magazine and has appeared as a brand ambassador for Suzuki cars. 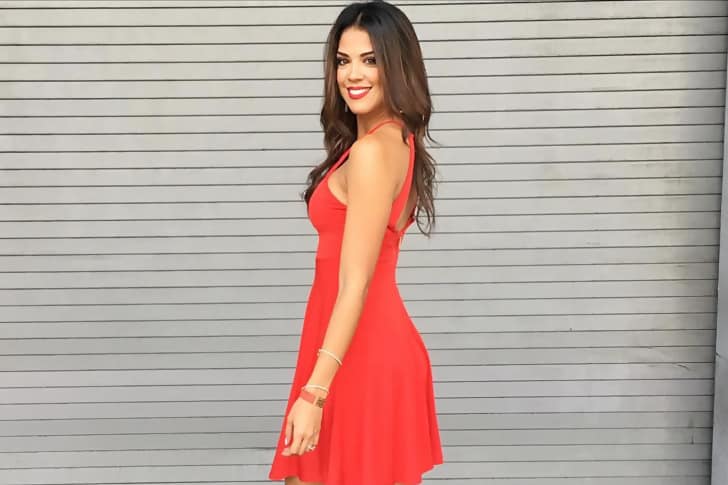 Before becoming a weather girl for Univision, Carolina Ramirez won the Nuestra Belleza Latina beauty pageant in 2010. She has turned out to be a great investment for the network as they gained a ton of viewers thanks to her gorgeous looks. 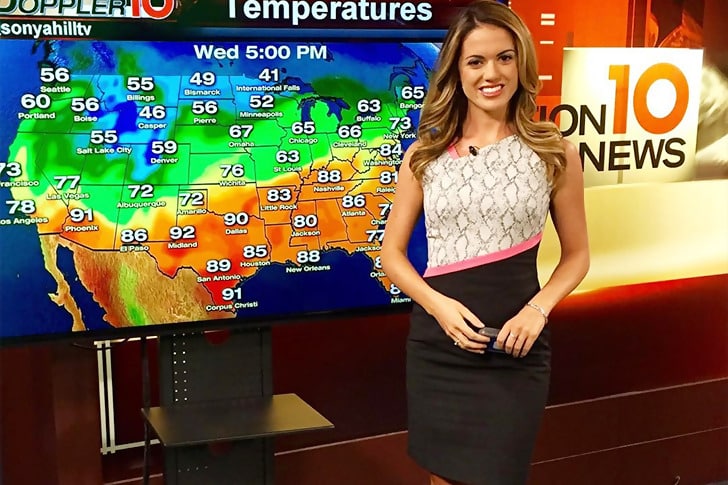 Sonya Hill isn’t only gorgeous, but super talented too. She can be seen as a weathergirl on KTZTV Action 10 News, but has partnered with Harley Davidson as their brand manager. She has also been named one of the most attractive weathergirls by Daily Star Magazine. 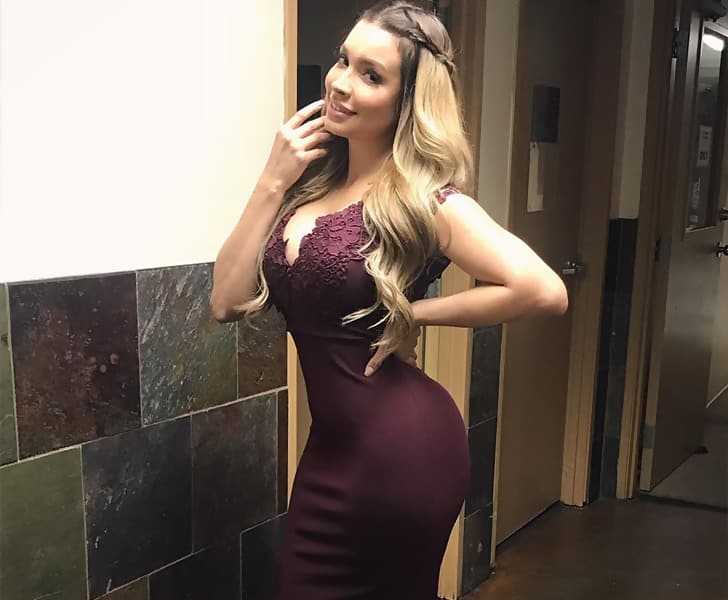 Janice Villagran studied communication science before landing her role on Estrella TV as their beautiful weather girl. She also appears on talk shows and will announce boxing matches occasionally. 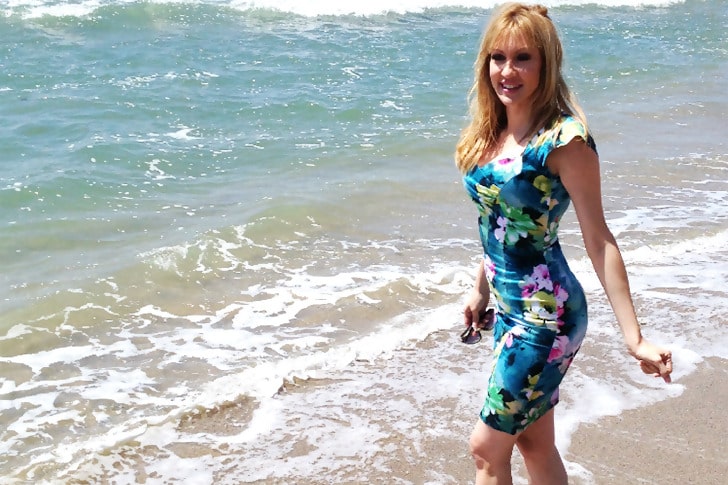 Christina Loren studied theology and economics while attending school. She landed a job at RFD-TV after graduation as a weather girl and only rose up from there. She has a large following on Twitter and Instagram too. 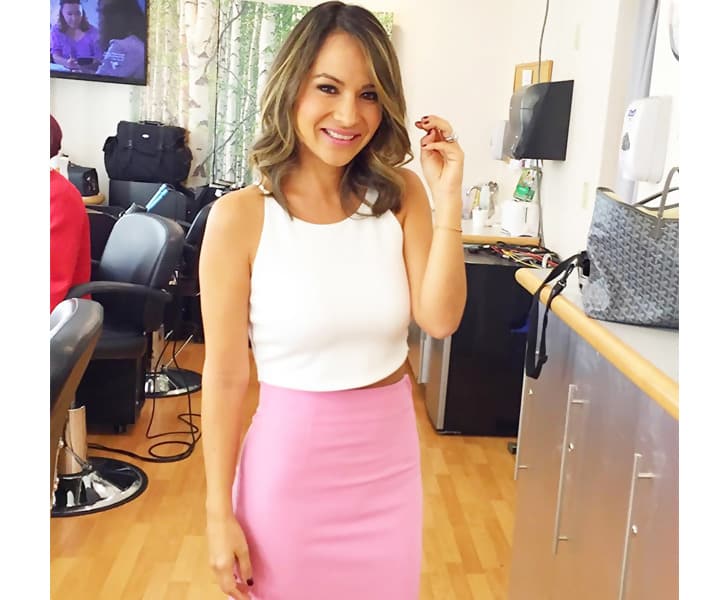 Mary Gamarra is extremely talented. Not only is she a weather girl for Telemundo, but she also hosts a talk show, Al Rojo Vivo, interviewing celebrities and talking about world events. 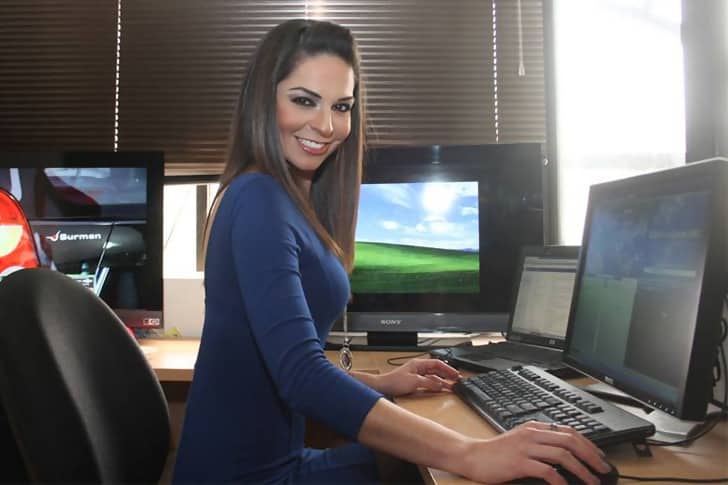 Angie Gonzalez works as a weather girl for Millenium TV. She doesn’t say much about her private life. Although, unlike the other weathergirls we’ve mentioned, she claims to hate working out. We can only wonder how she stays in such great shape, though. 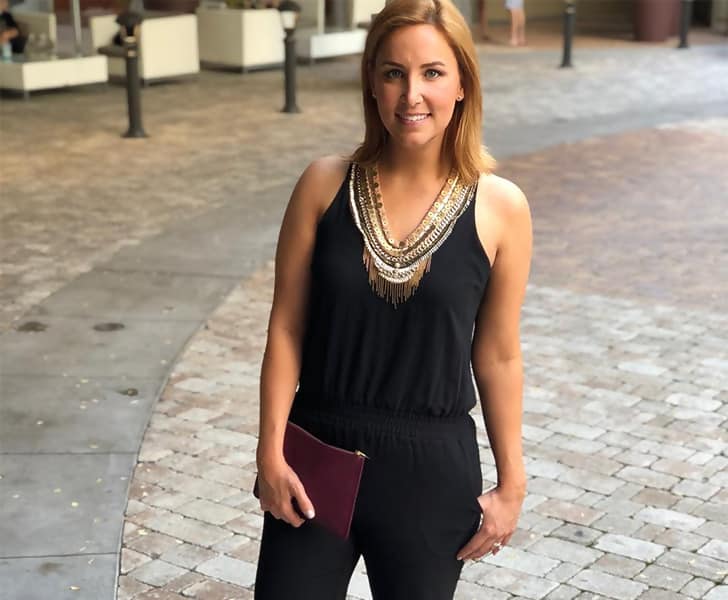 Alex Wilson takes her career seriously. She graduated from Syracuse University where she studied journalism, then moved to Penn State University to focus on meteorology. She can be seen on The Weather Channel reporting on the weather. 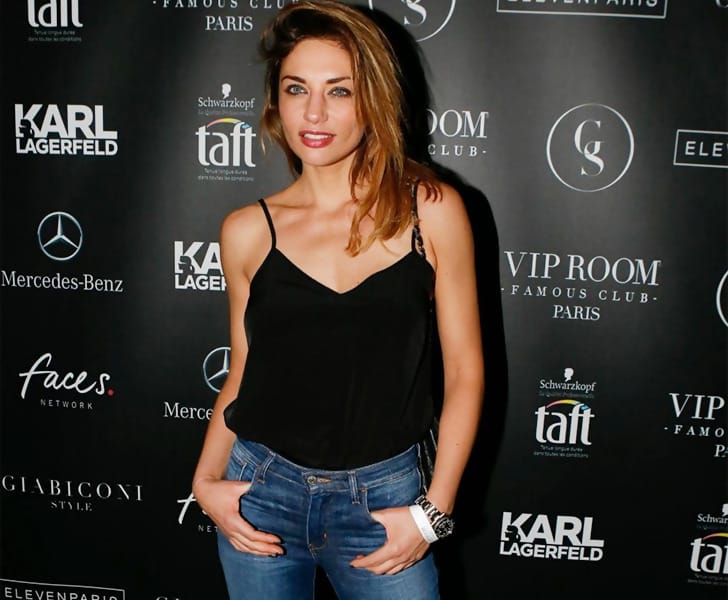 French weather girl, Ariane Brodier, began her career in the mid-2000s. She could be seen on M6 and France 2 reporting the weather and as a columnist. She left her stint as a weather girl to host a stand-up comedy show. 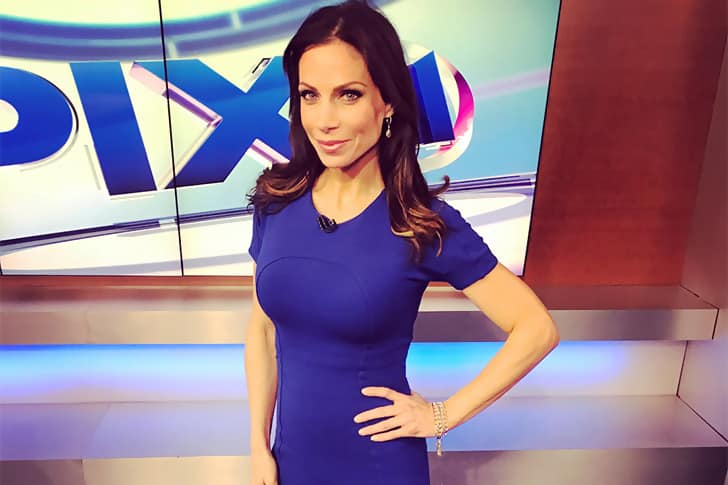 Jill Nicolini worked as a model before becoming a weather girl for Pix 11 and 1010AM WINS Radio. She has been featured in Playboy and tried to become part of the Pussycat Dolls. She found that reporting the weather was more her speed, though. 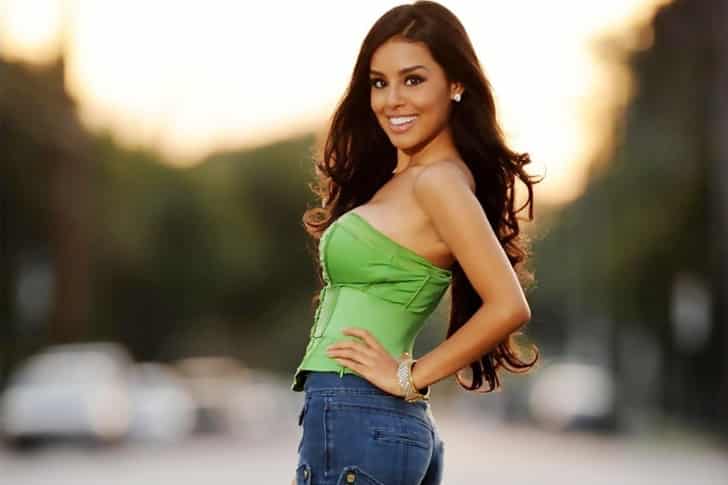 Leticia Castro works as a host for Telemundo and is loved by many viewers. She was also in a reality television show, Nuestra Belleza Latina and has won numerous beauty pageants. It’s no secret that she is gorgeous!

Effective SEO Trends to Drive Traffic on Your Site in 2021
4 Tools to Help Rank Your YouTube Videos
Financial Analytics with Mosaic Tech
Famous Designs and Projects of World Casinos As Well As Online Casinos
10 Important Factors That Affect WordPress Website Speed
9 Artworks You Didn’t Know Were John Lennon’s
Modern Home Plans And Contemporary Architectural Home Features
5 Effective Ways To Optimize Your YouTube Videos For Google Search Visibility
The Best Ways Of Reducing The Spread Of Termites In Your House
Are You An Anime Lover? These Interesting Facts Will Definitely Impress You
6 Necessary Camera Accessories That Every Photographer Must Have
Things To Keep In Mind While Building A Drupal Website
ADVERTISEMENT
ADVERTISEMENT