The Best Coincidences: You Can’t Make This Stuff Up! 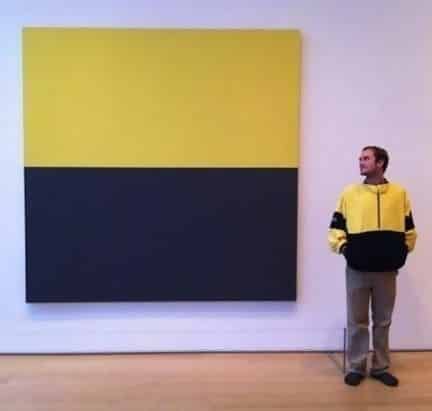 When this guy took a trip to the Art Institute of Chicago, he didn’t expect to match one of the masterpieces hanging on the wall. 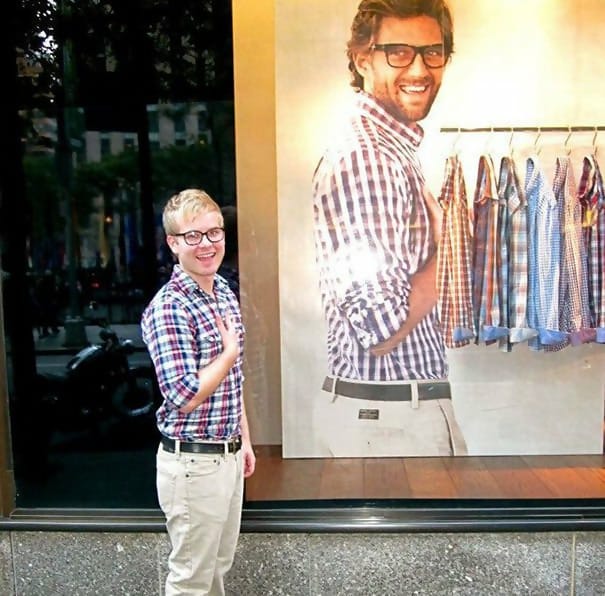 People usually get inspiration from the models showing off a store’s clothing. This kid decided to buy the entire outfit, right down to the glasses. 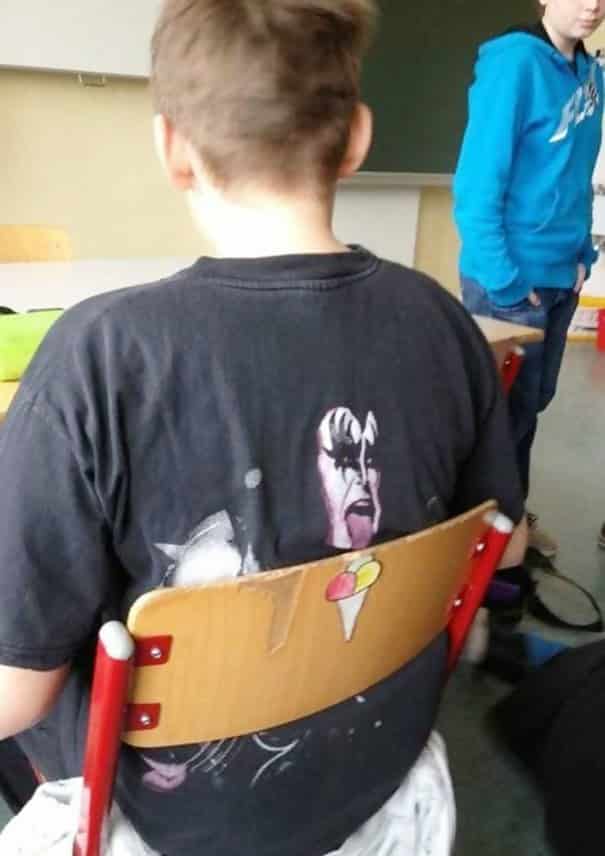 This kid’s KISS shirt matched up perfectly with an ice cream cone sticker on the back of his chair. It’s a good thing Gene is known for his long tongue.

This soldier for the UN just happened to be in the right place at the right time. Rather than claiming to be involved in working towards peace, he is now “uninvolved” thanks to his helmet. 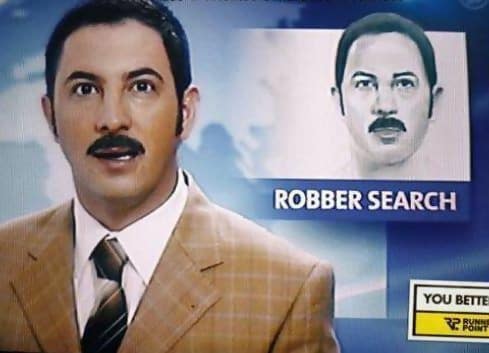 It looks like this news anchor has some serious explaining to do. Maybe he lives a double life. Maybe he has a twin brother. Who knows? 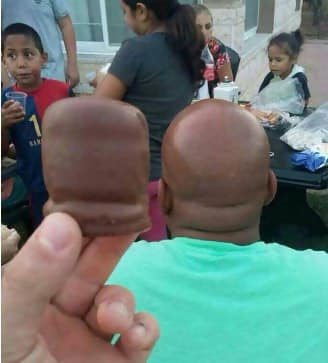 The similarities between this chocolate covered marshmallow and this bald man’s head is undeniable. 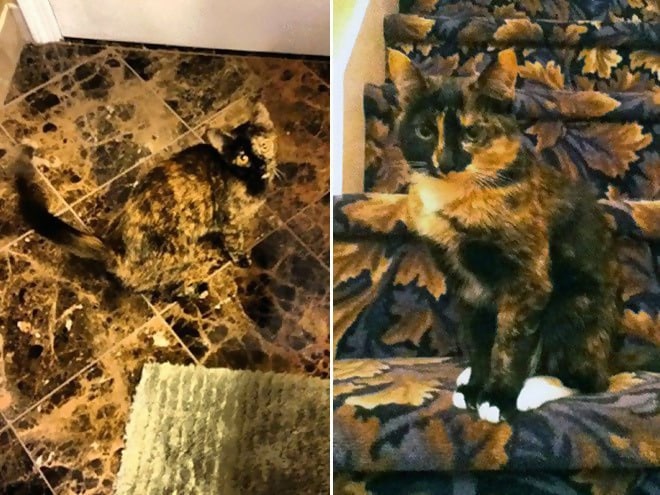 Cats are known for being sneaky creatures. This one just so happens to camouflage into the floor for sneak attacks. 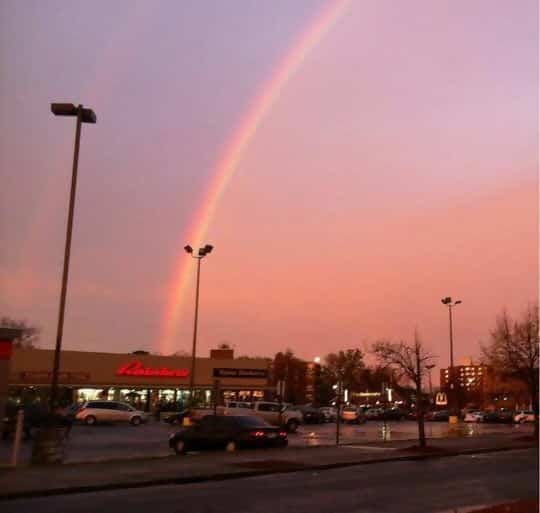 Usually there is a pot of gold at the end of a rainbow. This rainbow just leads you to another Rainbow. Happy shopping!

Gandalf, Is That You? 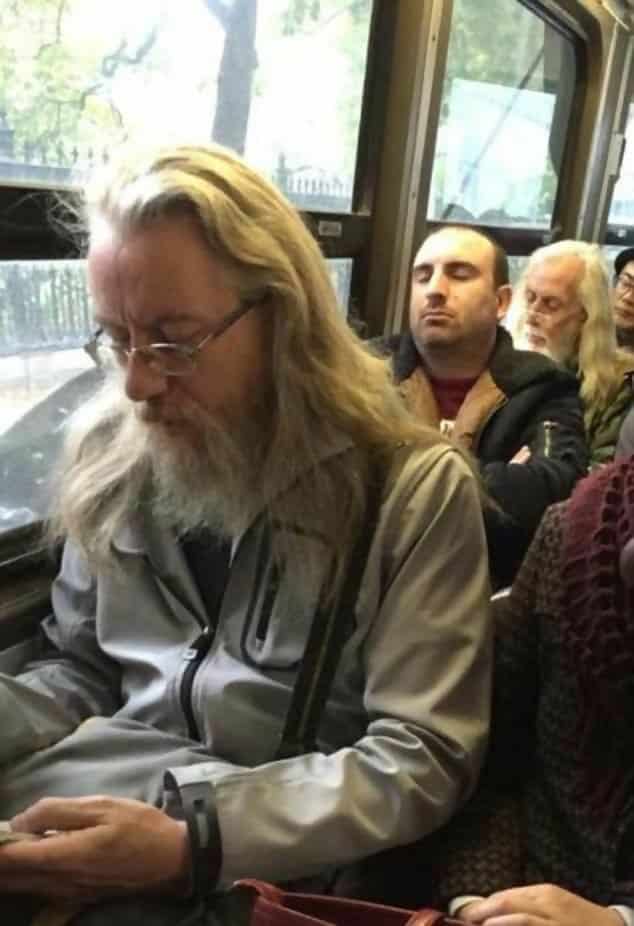 What is Gandalf doing riding the bus in the city? Shouldn’t he be in some mystical world protecting a ring? 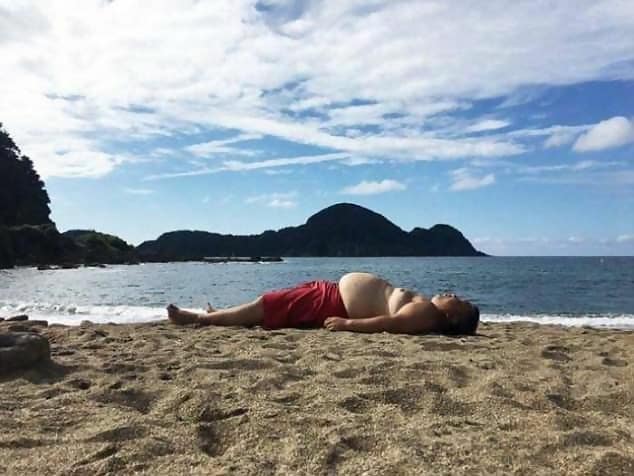 Don’t you hate it when you’re relaxing on the beach and the mountain behind you is the same exact silhouette? This guy probably doesn’t even notice. 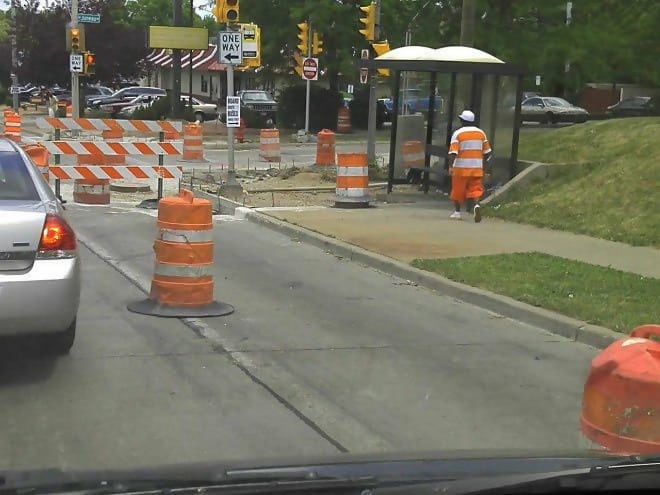 Sometimes the best hiding places are in plain sight. This guy dressed to blend in with the traffic cones on the street. Nobody will ever notice him. 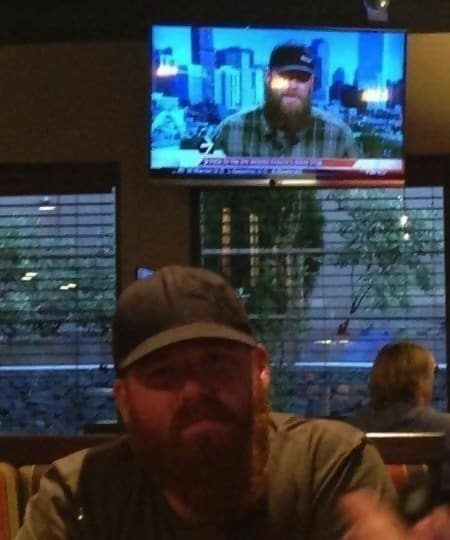 It’s hard being a television star, especially when you’re on TV all the time. This guy just so happened to be on TV while enjoying a meal at his favorite diner. 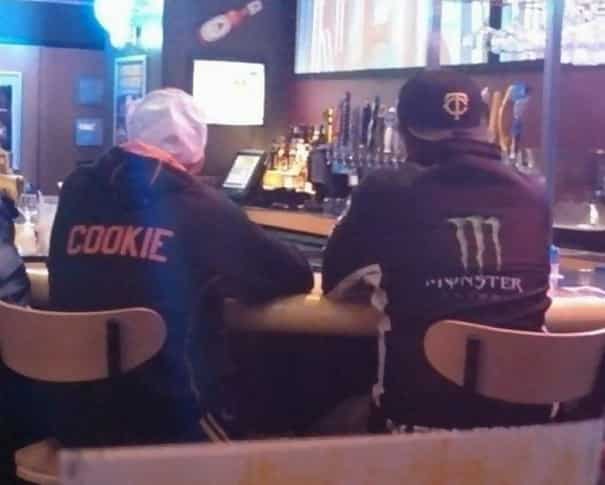 This duo really knows how to match up their outfits. We can only wonder if they enjoy the occasional chocolate chip cookie. 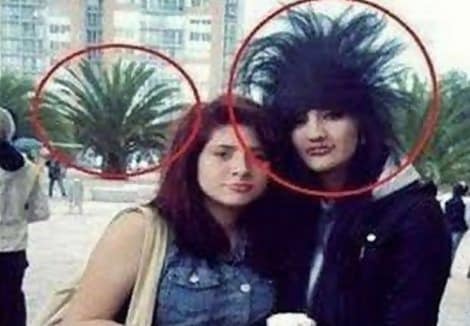 You know you’re having a bad hair day when your hair matches the palm tree behind you. 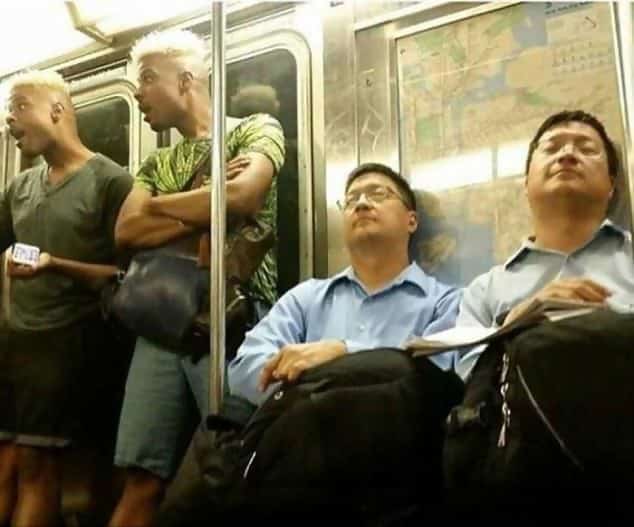 Identical twins are pretty rare. So, when you see two sets of identical twins on the subway at the same time, it’s probably considered to be good luck. 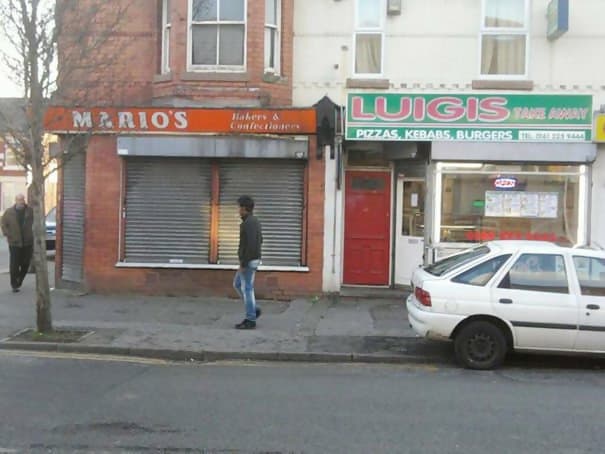 Do you think these two restaurants worked together to plan this Mario Bros. reference? 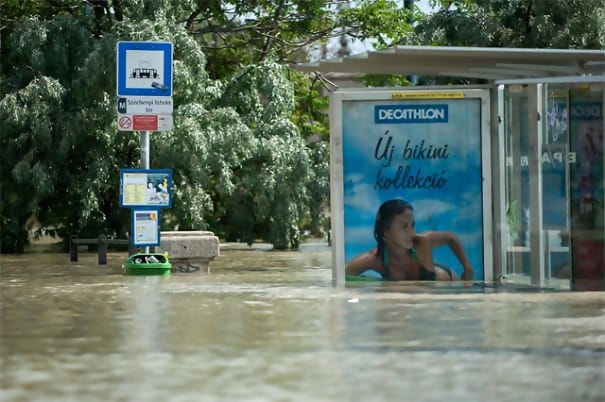 This model is ready to jump in for a swim. On a serious note, though, this flood is pretty crazy. 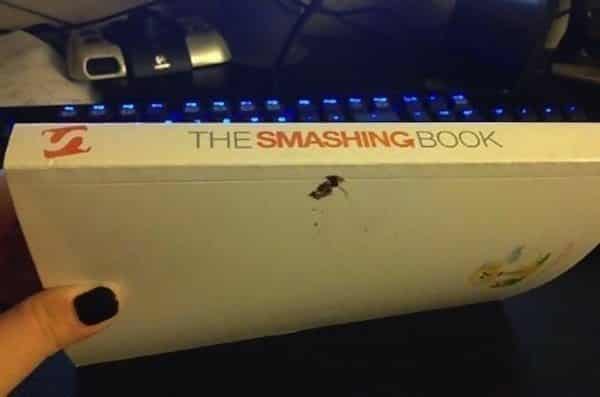 We aren’t sure what The Smashing Book is about, but this person used it to smash a bug, so I guess it has two uses. 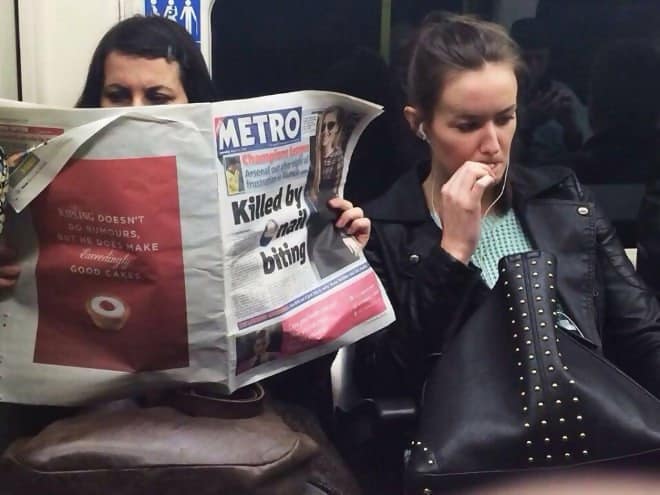 This woman should really pick up a newspaper once in a while. This issue could potentially save her life! 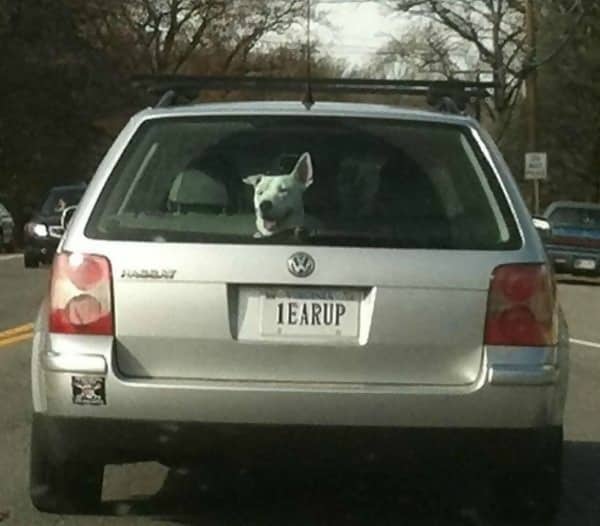 Do you think this driver bought this license plate because of his dog or his dog is just really smart and knows how to read? 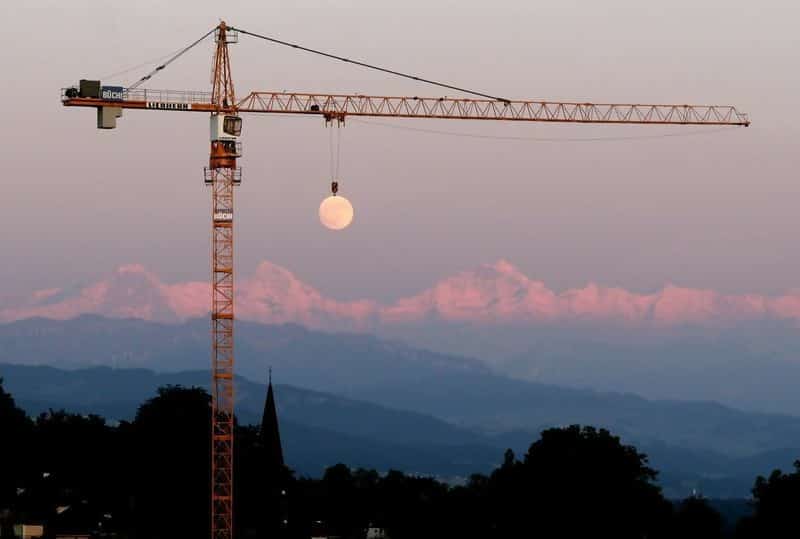 So this is how the moon rises every night. Who knew they had to use a crane? 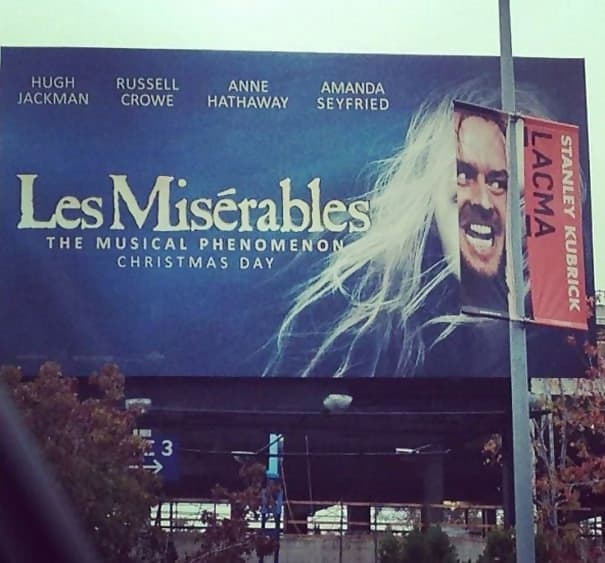 This is a new rendition of Les Miserables featuring Jack Nicholson’s character from The Shining. Coming soon to a theater near you. 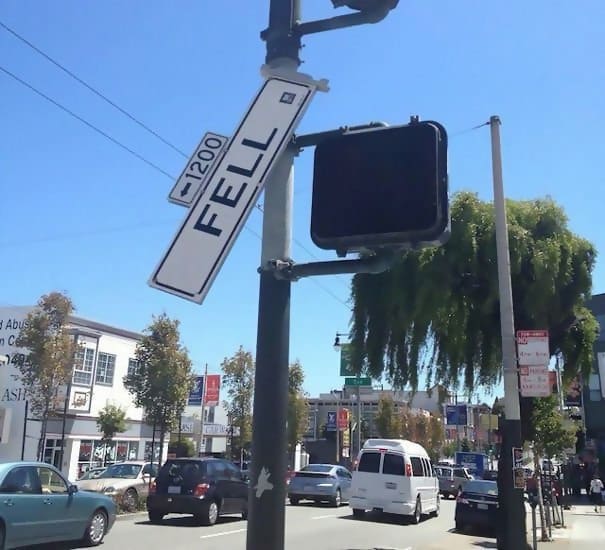 How ironic is it that a sign for “Fell” is falling? You can’t make this stuff up! 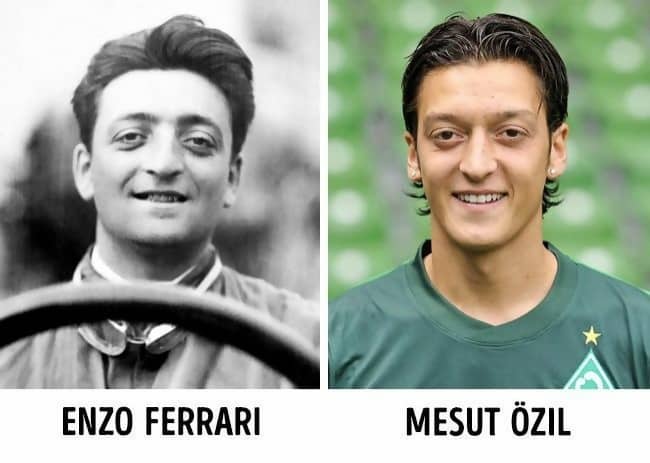 On the left is Enzo Ferrari, the creator of the Ferrari. On the right is Mesut Özil is a soccer player. They look a little too similar to be a coincidence. 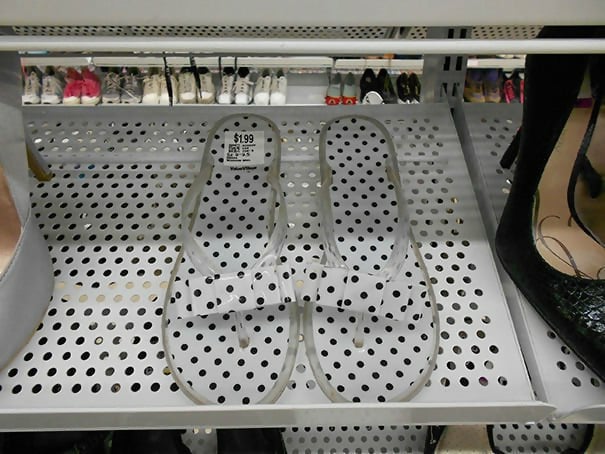 It looks like these shoes may stay on the shelf forever. 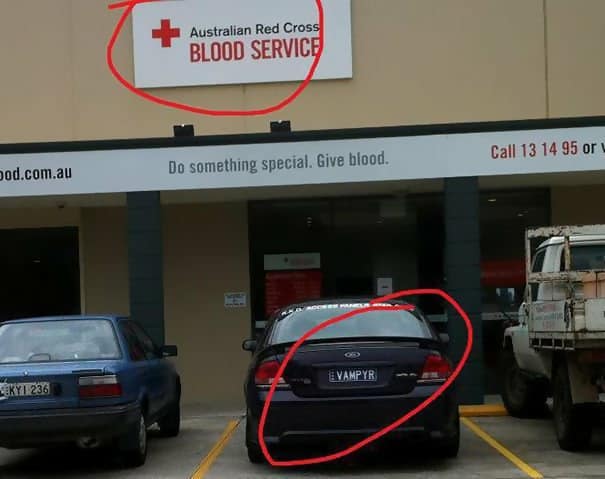 It looks like this vampire doesn’t kill people, but gets his meals from a blood bank. We appreciate his consideration for other people’s lives.

This aisle has all the essentials for new parents. Every grocery store needs this aisle. Parents don’t have time to run around different aisles looking for diapers and wine. 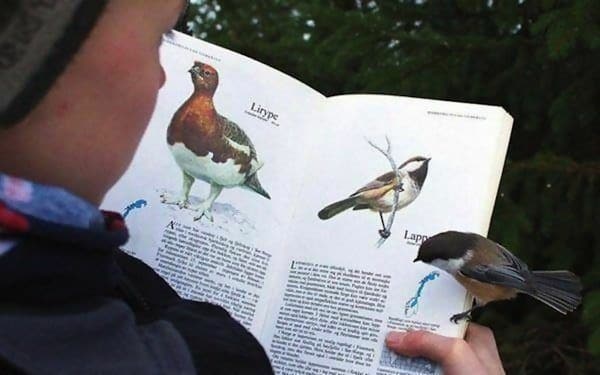 Forget about bird calling, just open up a bird book and they’ll flock right to you. 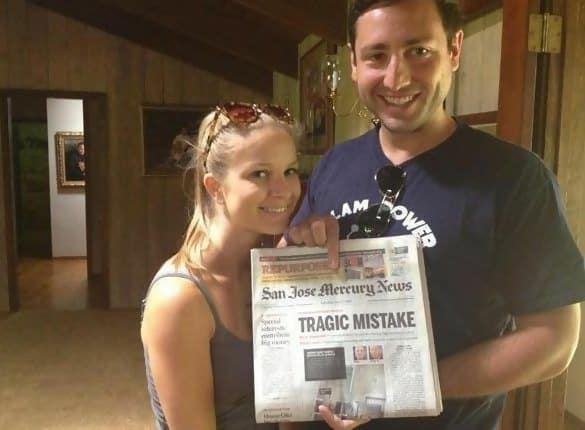 This couple decided to keep the newspaper edition from the day they got married. Unfortunately, the headline seems to foreshadow some pretty terrible things in their future. 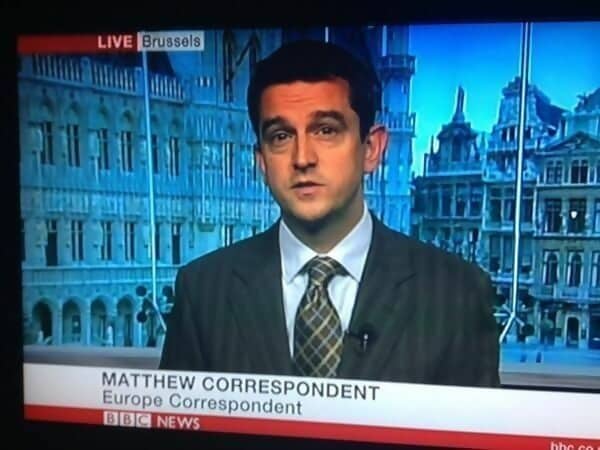 Matthew didn’t choose his correspondent job, he was literally born into it.