These Items Will Make You Question Style Choices 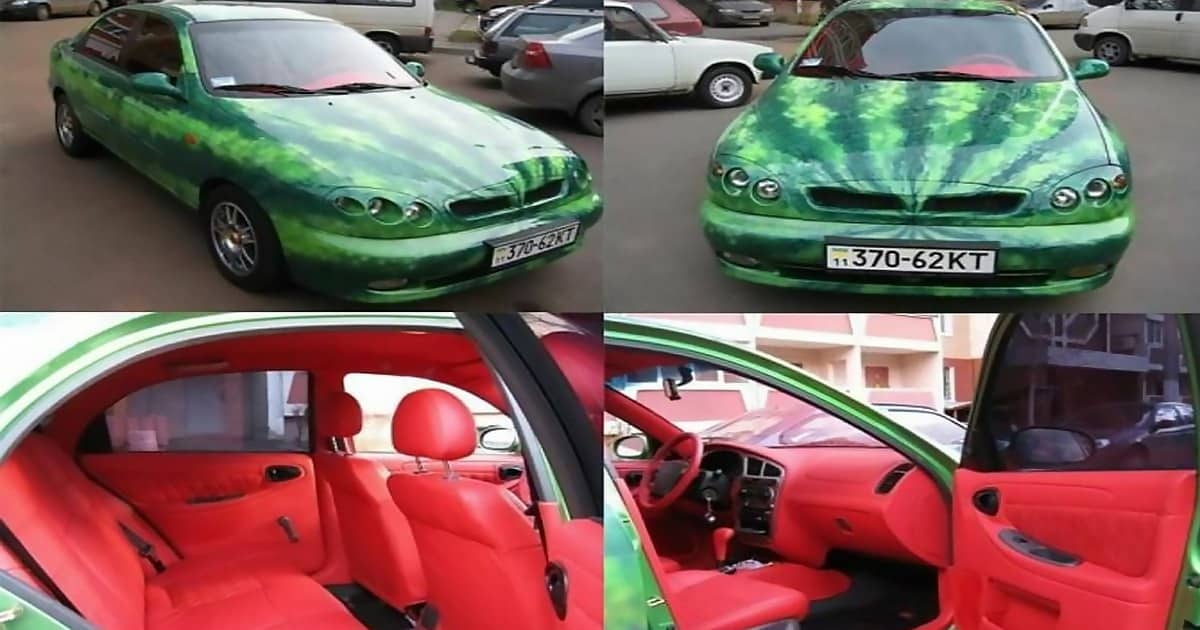 Everyone has their own sense of style. Whether it is chic, comfortable, bold, neutral, or something you’ve ever seen before, style is a way to express yourself to the world. However, there are some people out there that don’t have a great sense of style. These items will make you question people’s style choices for years to come. 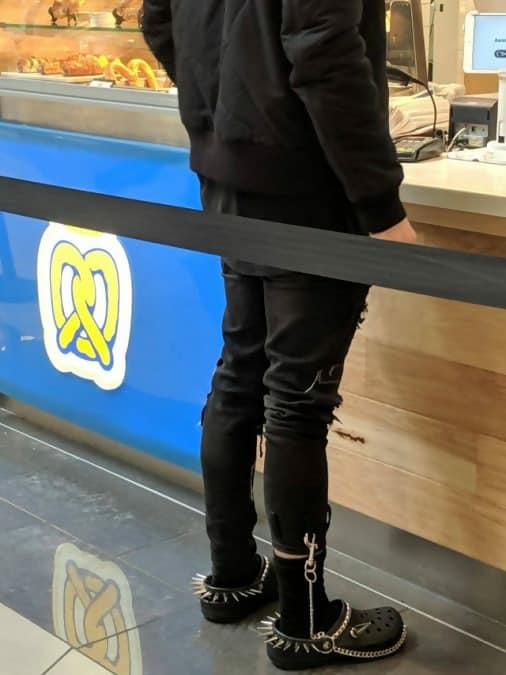 First of all, wearing Crocs is a bad style choice to begin with. Now that they’re paired with spikes and chains, we really can’t help but wonder what people are thinking when they buy shoes. 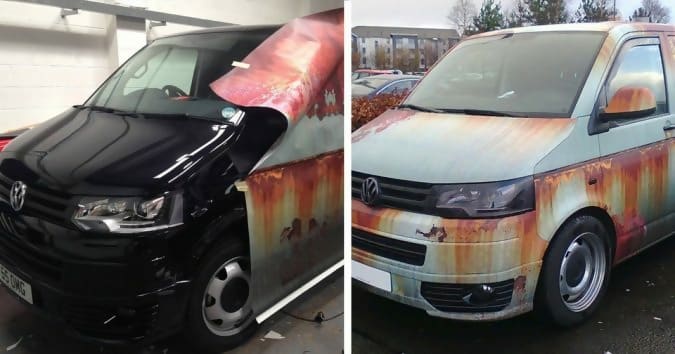 Usually people take a lot of pride in their cars and want to keep them looking clean and fresh. This person would rather have their Volkswagen van look beat up and rusty. We don’t see the reason behind it, but whatever makes them happy.

Fit for a Dentist 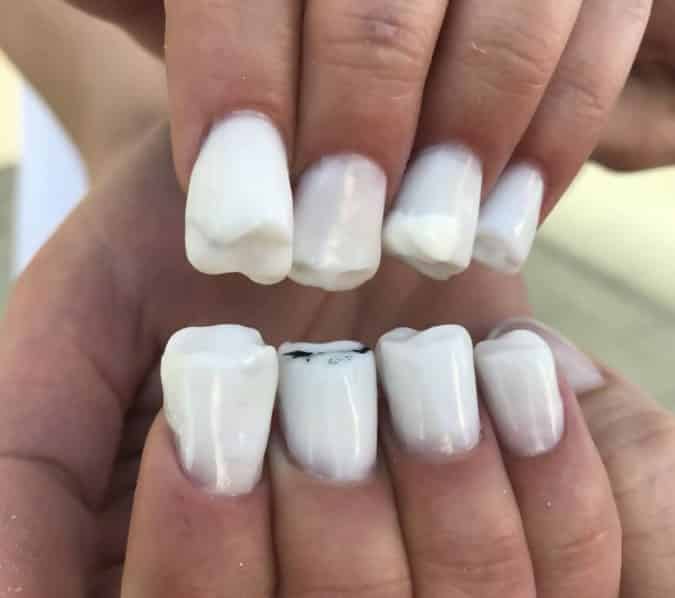 Imagine working as a nail technician and someone comes in asking for their nails to look like human teeth. Would you do it or save them the embarrassment of having such creepy nails? 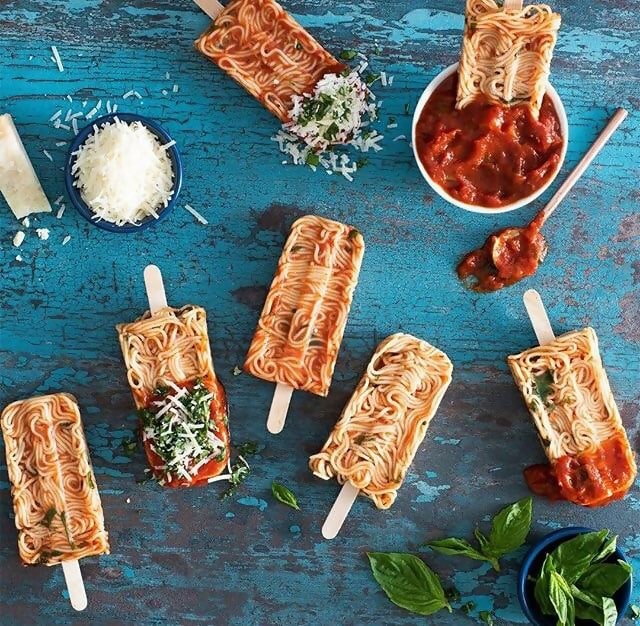 Recent trends have food doing all sorts of crazy things. Take this photo for example, that is spaghetti made into a popsicle. If you’re craving frozen pasta, this is what you’re looking for! 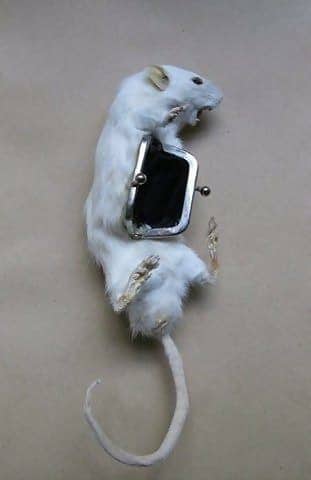 No. Just no. How could you walk around holding something like this? It’s absolutely terrifying! Imagine being the cashier waiting to get paid and someone pulls this out of their purse. 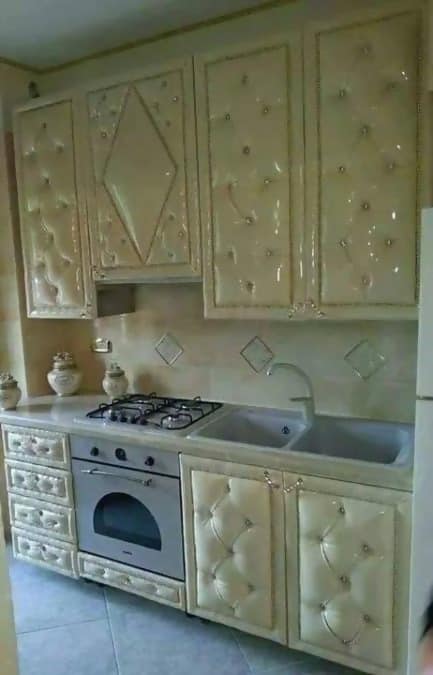 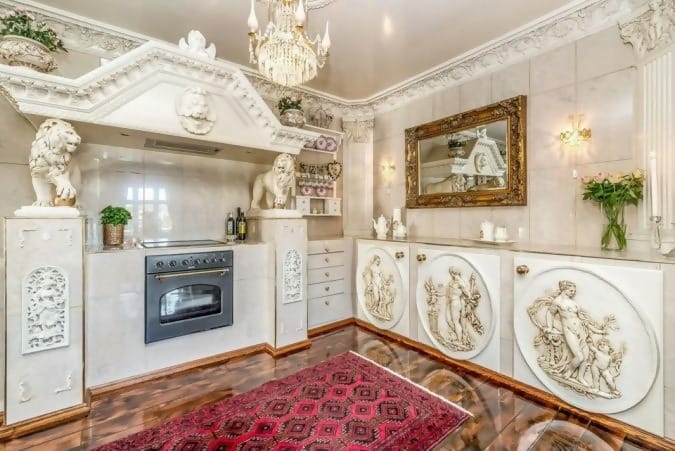 This kitchen looks like it belongs in the Palace of Versailles. No normal person would design their kitchen like this unless they were really self-conscious and wanted to show off. 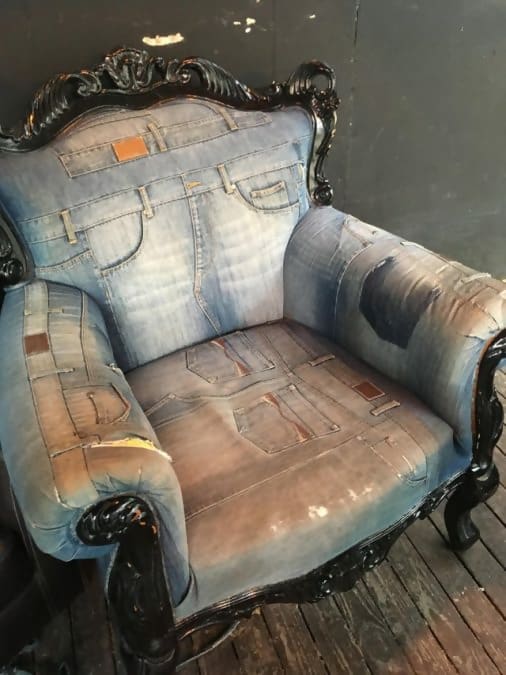 This chair came straight out of the 90’s when jean was really in. We can’t imagine it’s very comfortable to sit in. Though, you can hid little items in the pockets for someone to find! 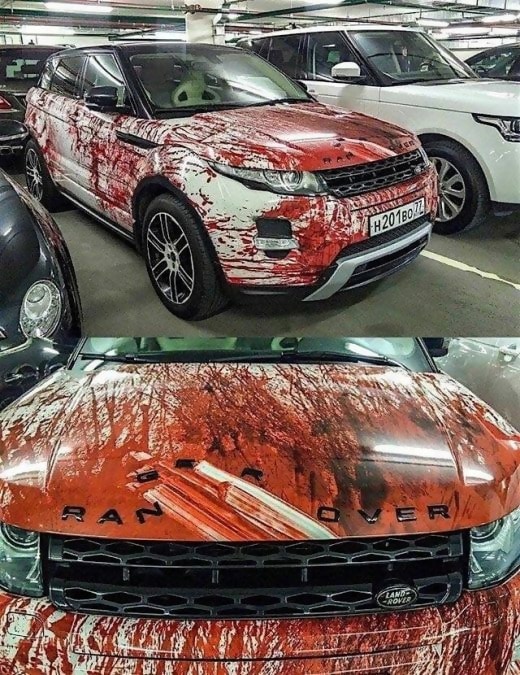 If you ever want to really scare people or make them think you’re a terrible driver, get this paint job. It will always look like you just hit someone. How many calls to the police do you think this vehicle has caused? 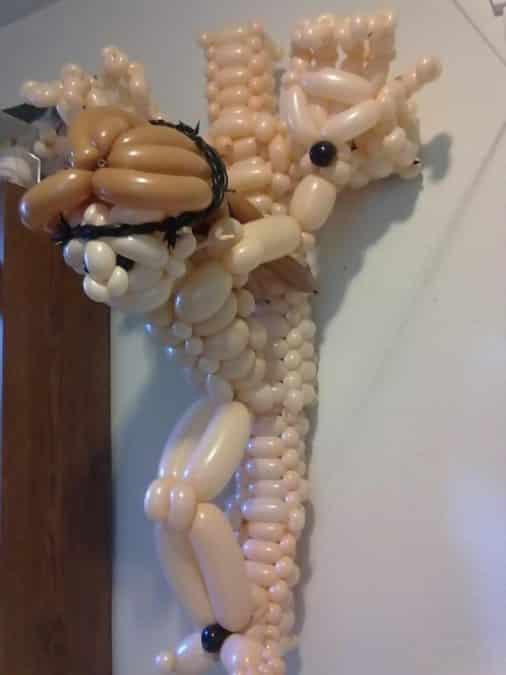 We must admit, this balloon artist definitely has some talent. However, we are a little concerned about their mental state. Why would someone want a crucifix made of balloons hanging on their wall? 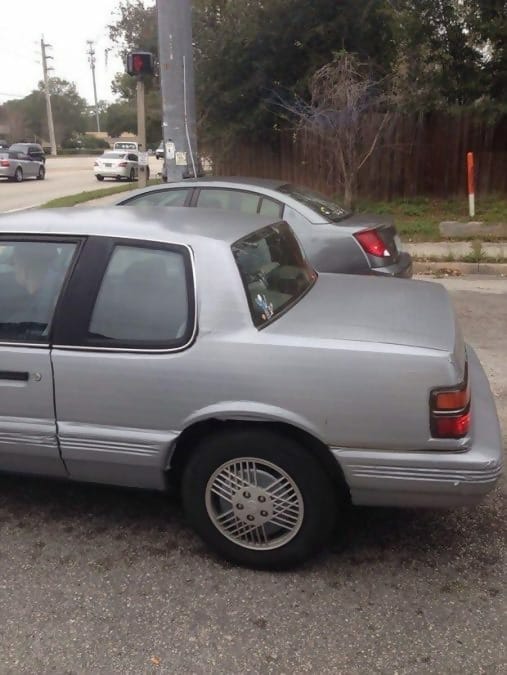 The owner of this car got creative when it came to covering up that fading paint. Rather than shelling out hundreds of dollars for a paint job, he just wrapped his car up in duct tape. We have to admit, it doesn’t look too shabby. 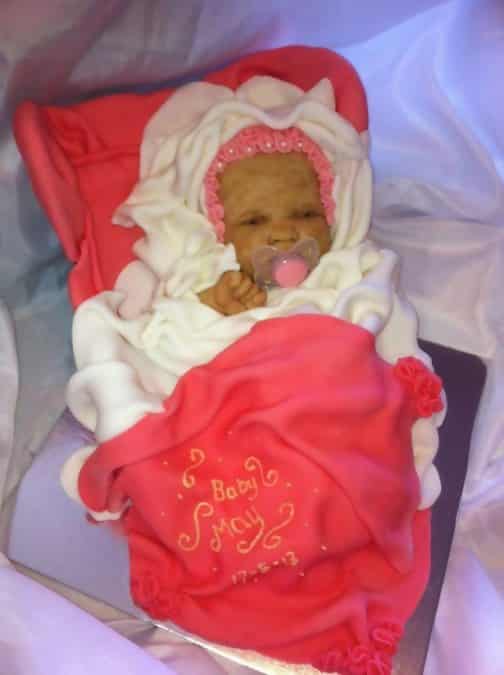 Believe it or not, this is actually a cake celebrating a newborn baby. Let’s just say we are thankful that’s not an actual baby. We would be concerned with how she will look when she grows up. 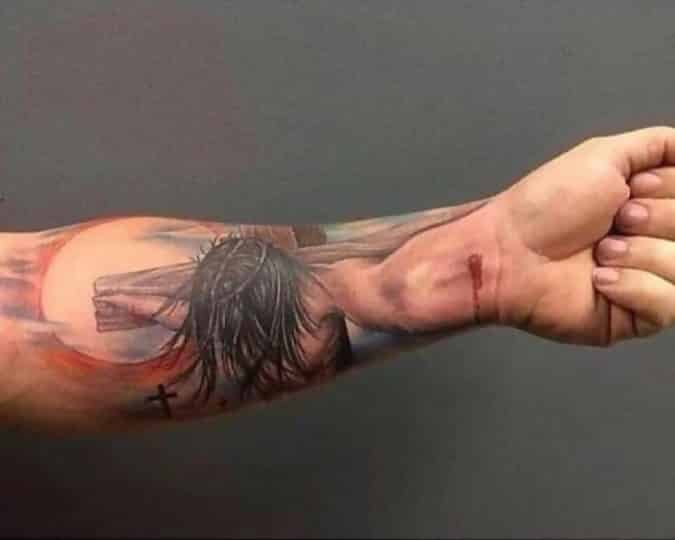 We have to admit, this tattoo is pretty darn clever and pretty well done. However, it is a little creepy to have on your arm for the rest of your life. 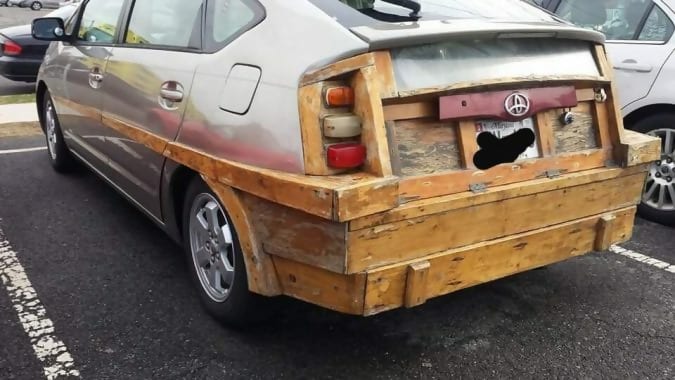 This driver really wants to embrace that pirate life. So, he made the back of his Prius wooden like an old ship. 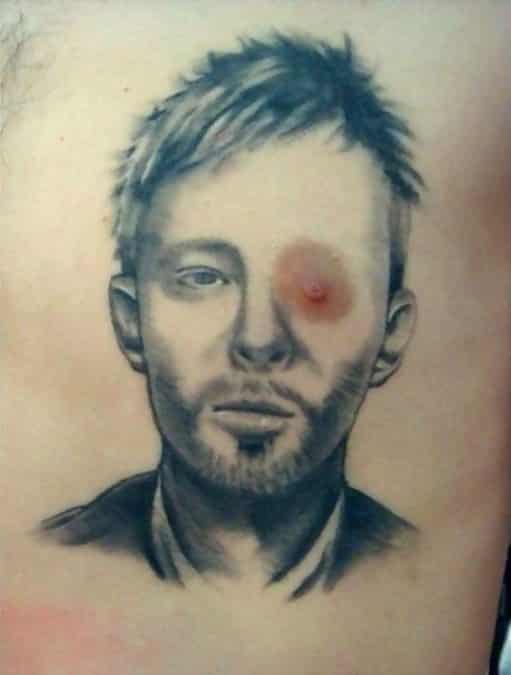 Why do people insist on incorporating body parts into their tattoos? This is just making us uncomfortable. Why won’t he stop staring? 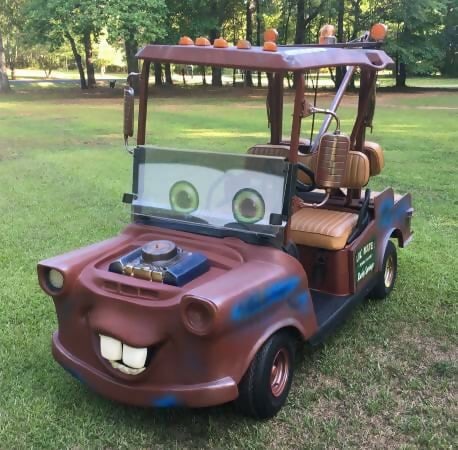 This golf cart looks like it belongs on the streets of Disneyworld. While it’s super cute and will surely make any child happy, it’s pretty creepy to see adults riding around in it. 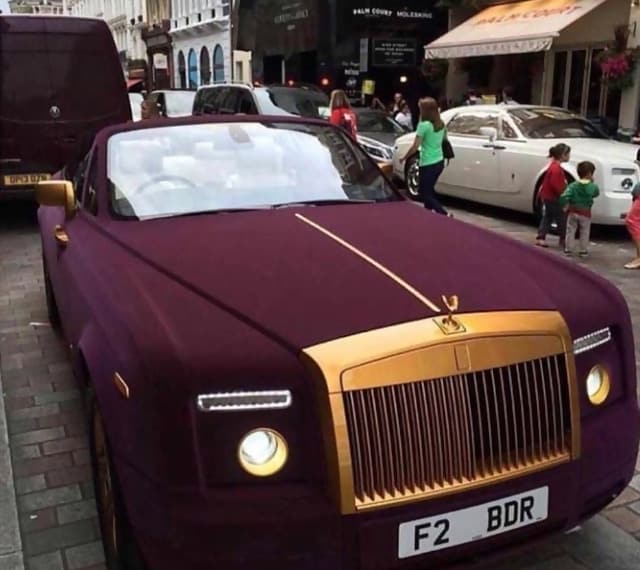 We know Rolls Royce is an extremely expensive car, but this rich person takes it to a whole new level. They covered their car in velvet. That won’t end well when it rains unexpectedly. 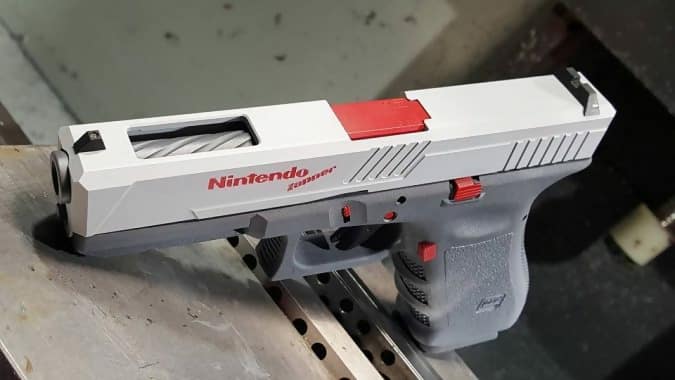 This is an actual gun, but it looks like it would go with a video game. This is a dangerous accident just waiting to happen. 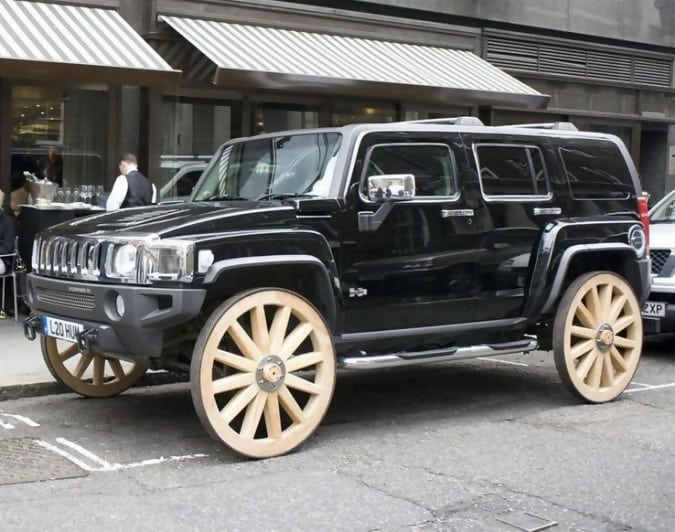 This wealthy car owner makes sure they never forget where they started with these wooden wheels. They may have started on the prairie in the Oregon Trail, but it’s all the same. 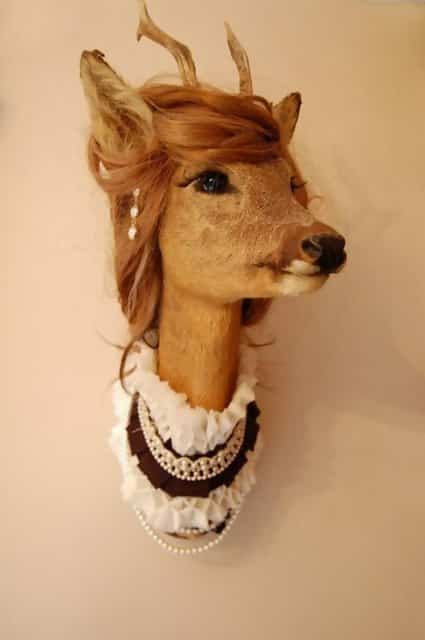 Taxidermy in itself is pretty creepy and distasteful. However, when the animal looks better than you, it’s pretty discouraging the next time you want to look nice.

Look at Those Flippers 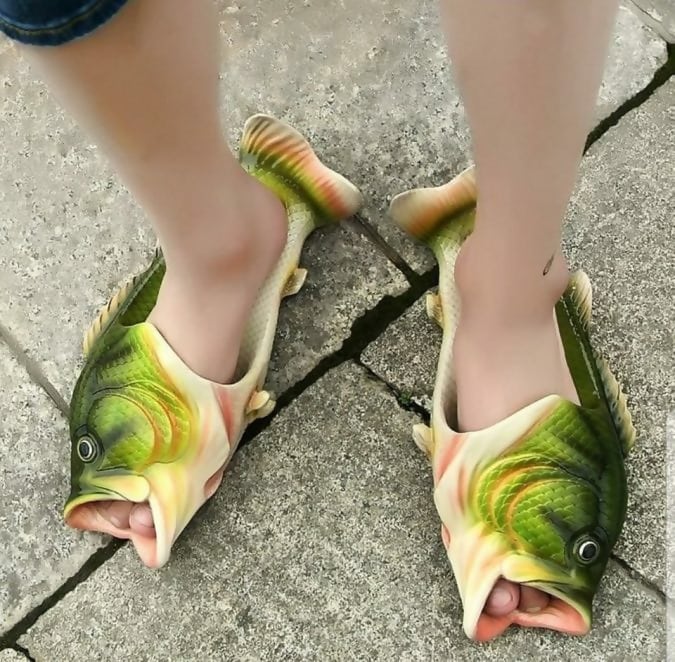 Some people are really into fishing and fashion. This person decided to combine both interests into these fish flops. They don’t look too comfortable. 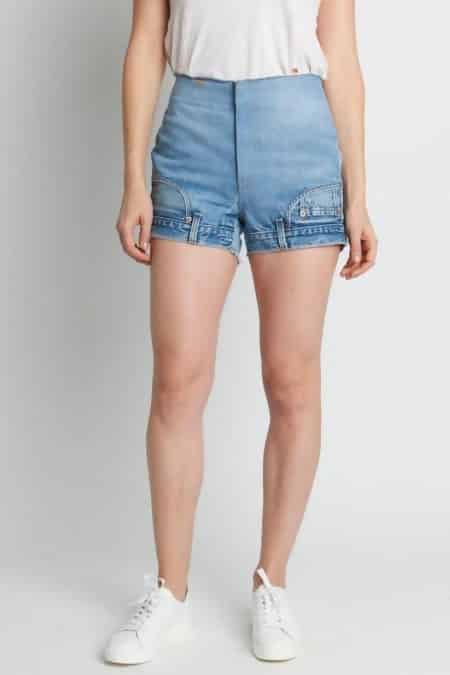 There is always something new coming out when it comes to fashion. Some things catch on, others don’t. We can confidently say that this upside down shorts trend will definitely not catch on. 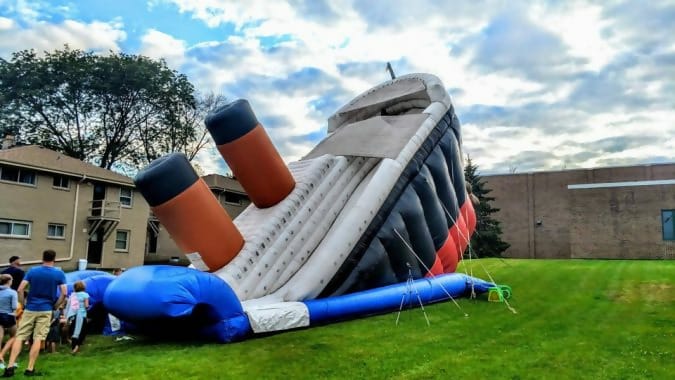 The tragic sinking of the Titanic is not something to be joked about. We know how the movie made the event popular and strangely beloved, but this is just tasteless. People died! 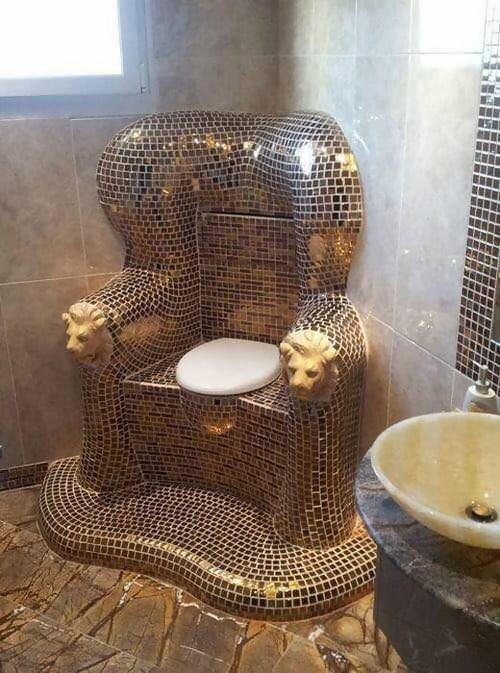 You know how sometimes the toilet is referred to as a throne? This person decided to take it to a whole new level. They now get to sit on a large, golden throne because why feel like a peasant when you do your duties? 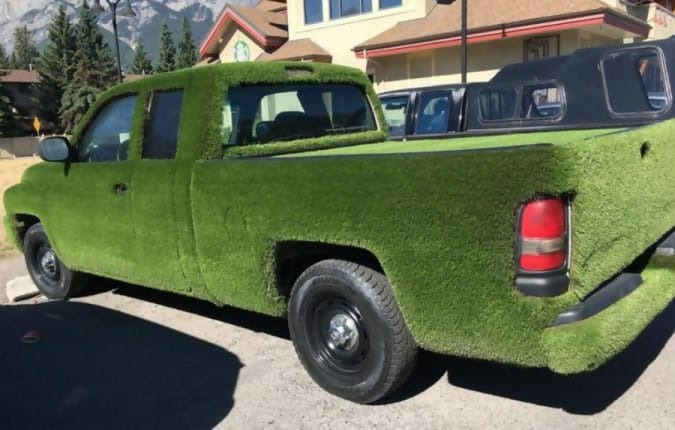 Trucks are supposed to be manly and tough. This fur coat doesn’t really exemplify that stereotype. We can only wonder what the owner was thinking when they decided that this was a good look.

Better to Hear You With 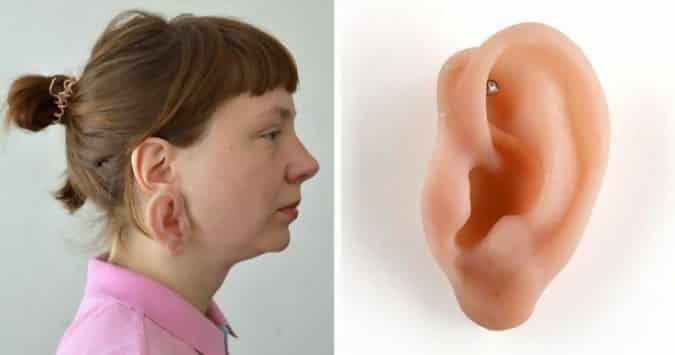 If you really want to make someone look twice, wear these earrings. They’re actual ears! If someone asks about them just pull a line from Little Red Riding Hood and say, “They’re better to hear you with, my dear.”

Would You Eat This? 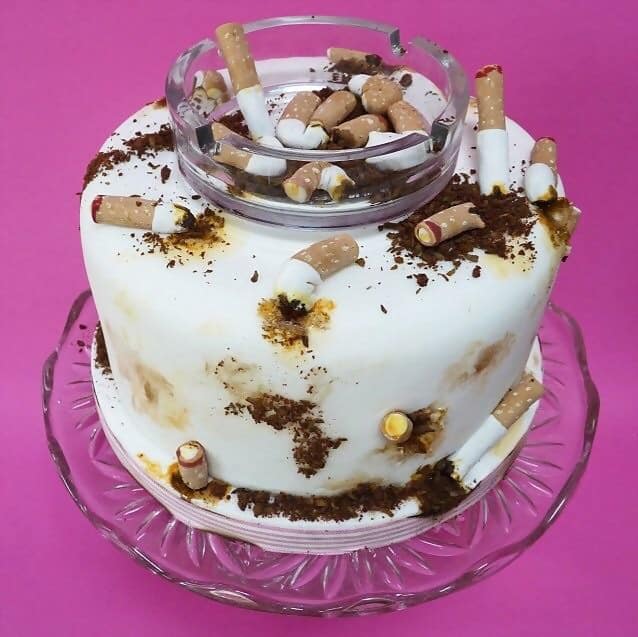 We have to give the baker props for making this look so realistic. If you don’t want to share your birthday cake with anyone, this is the way to go. We can’t say it looks very appetizing.

You Don’t Want to Go In Through There 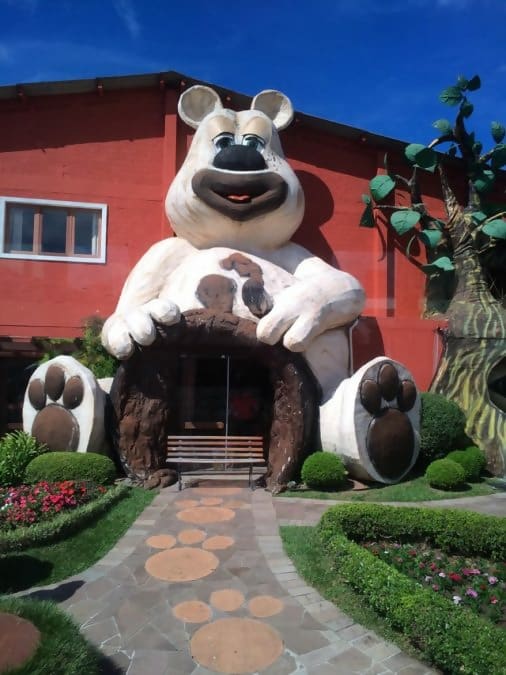 When you look at something you’ve created long enough, you may not notice the mistakes you’ve made. The designer of this storefront definitely didn’t recognize his massive mistake of the door placement. 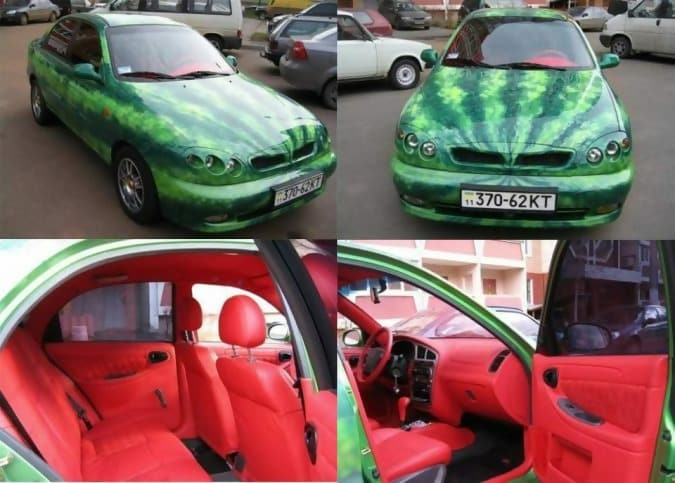 With this car, it always feels like summer. We have to admit, the design is pretty clever, but definitely not stylish.