30 Restaurants Who Tried to Scam Their Customers 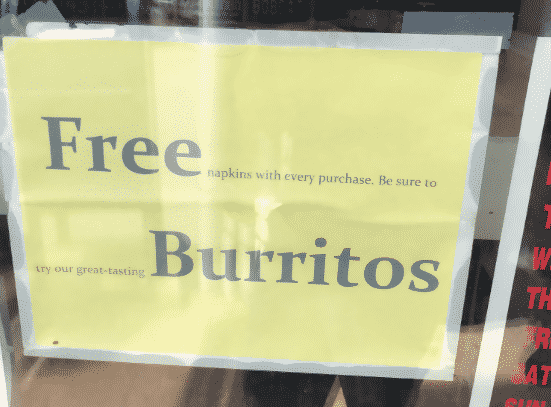 It’s always important to read the fine print when it comes to signs and promotions. These restaurants thought that they could pull one over on their customers with these clever scams. However, they probably didn’t expect the outrage from customers when they figured out that they had been scammed. 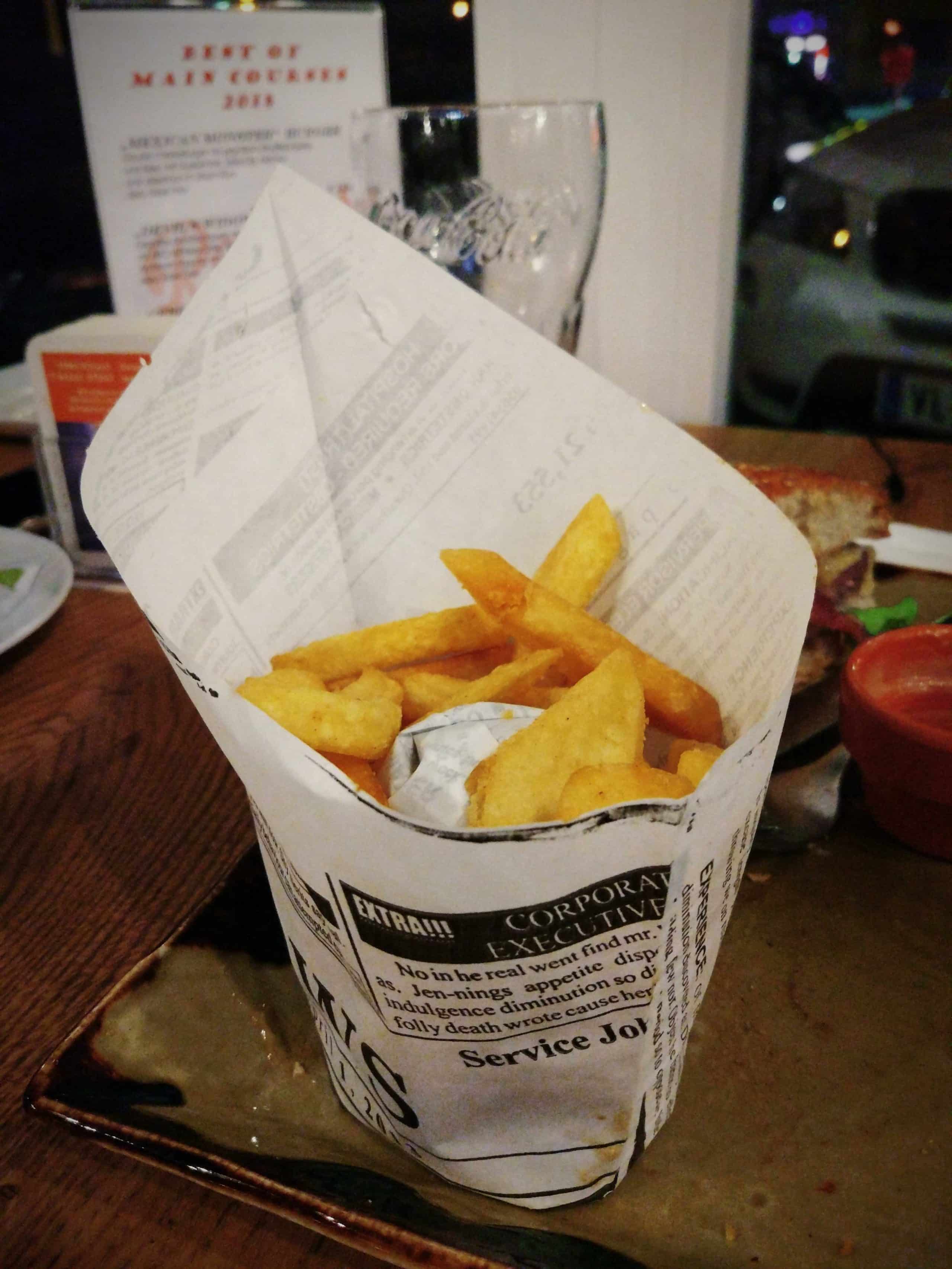 Don’t mess with someone’s French fry portion. They will most definitely not be happy. This restaurant put a giant paper ball in this serving of fries to make it look like there were more than there actually was. 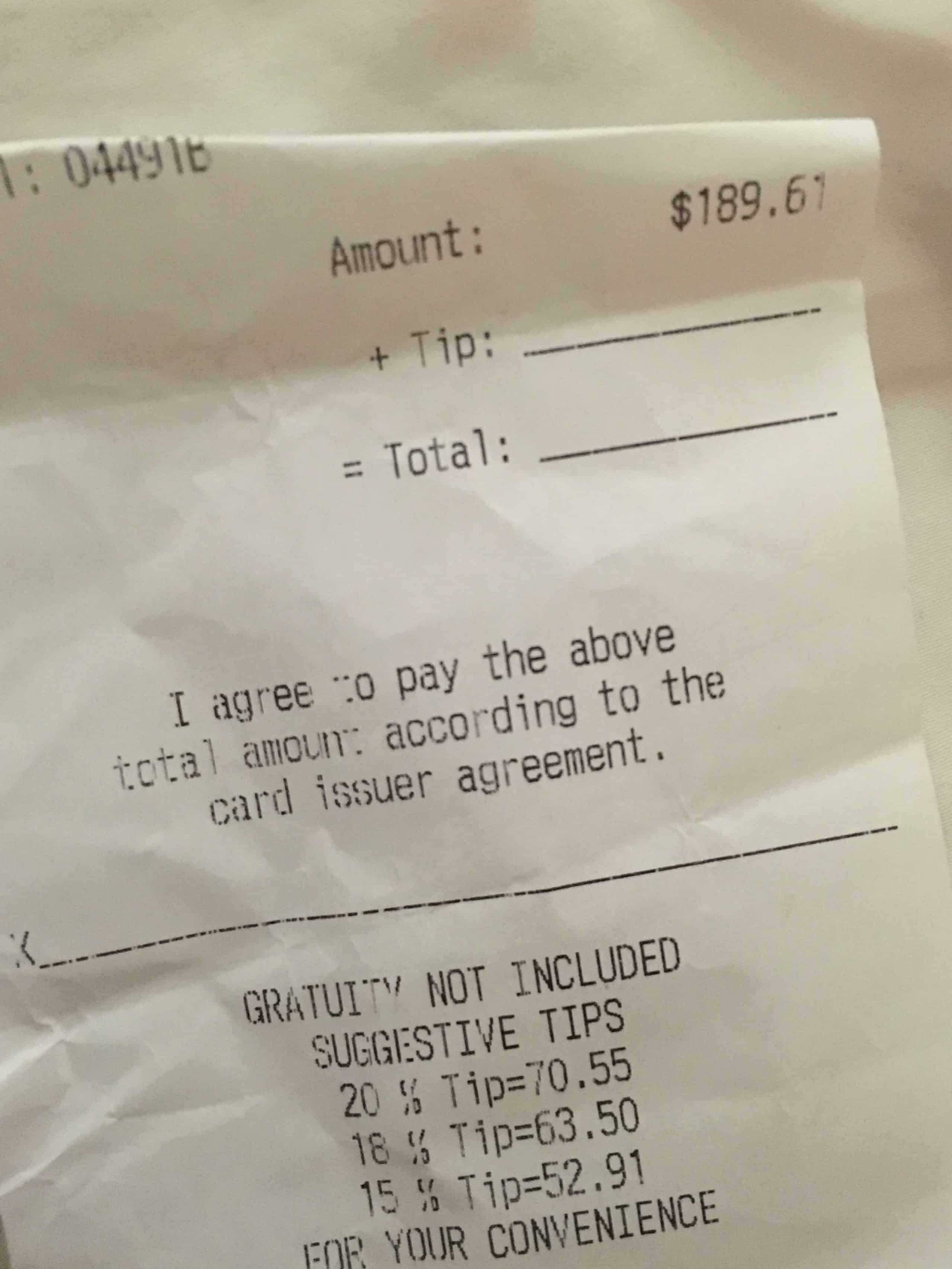 Do yourself a favor and just calculate the tip yourself. Sometimes restaurants and suggest you over tipping when they break it down for you. 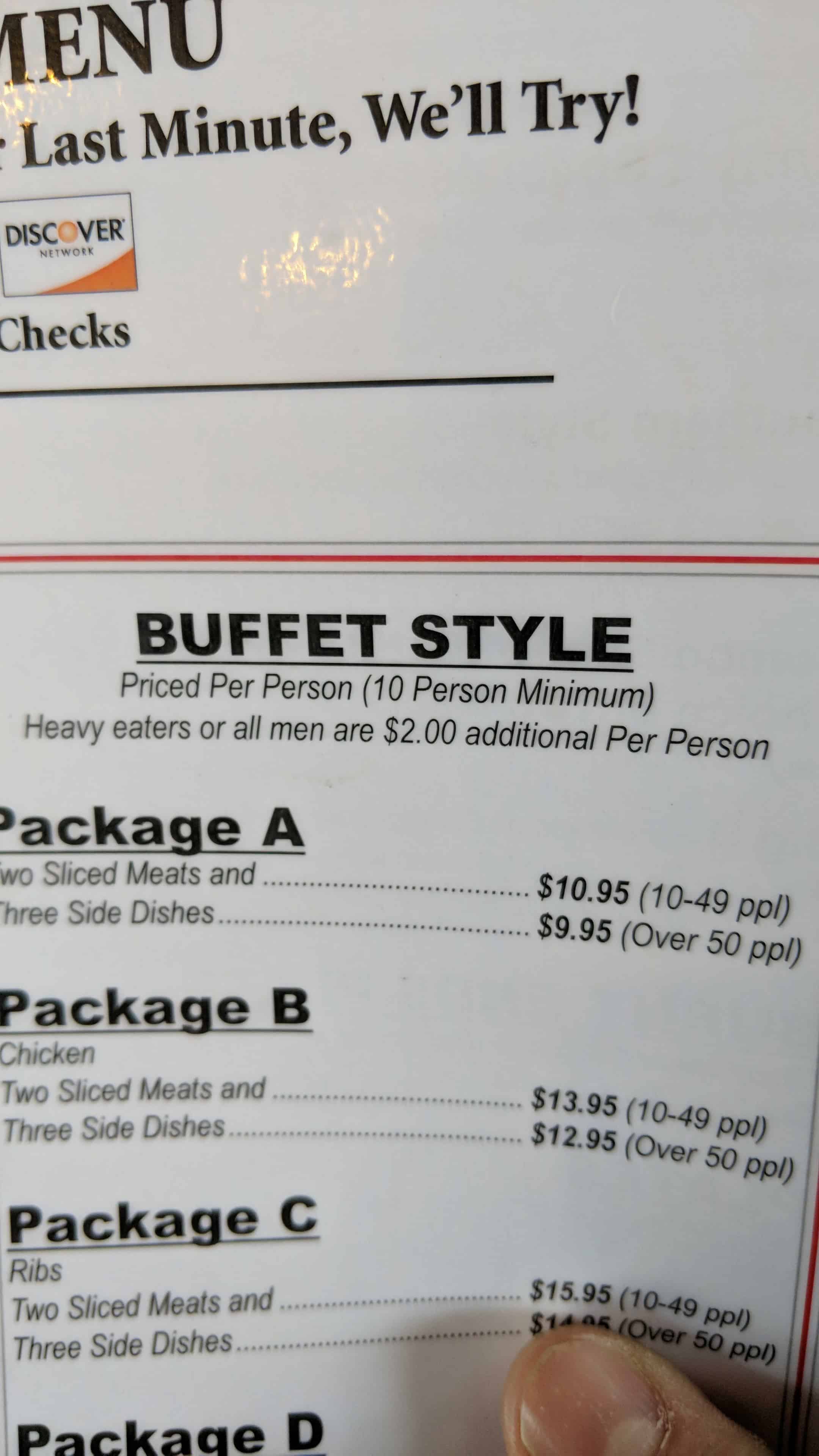 It’s no secret that men eat more than women, so this buffet charges all men $2 more than usual. For once there is some type of discrimination against males. 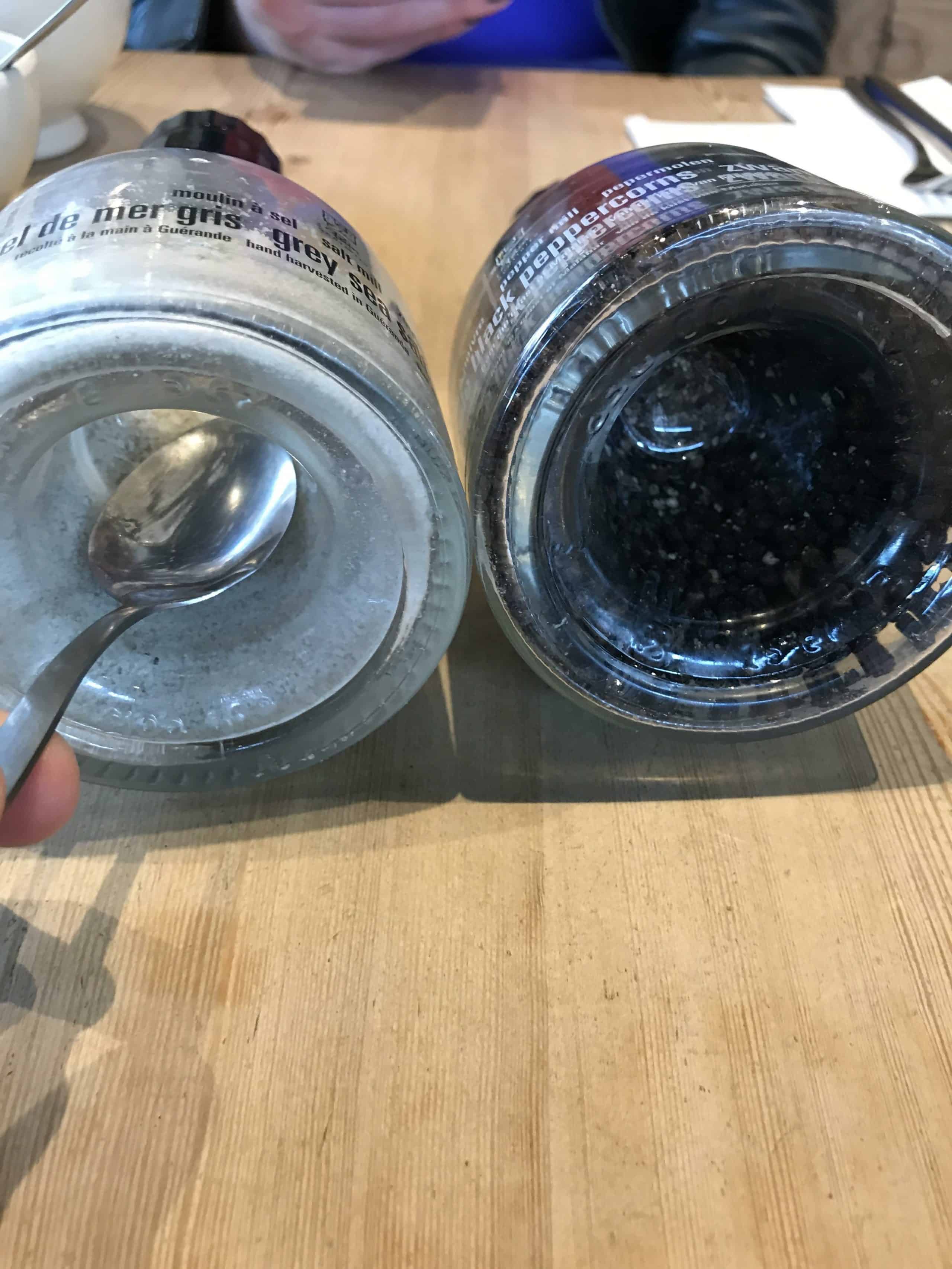 Have you ever checked the bottom of your salt and pepper mills? Yeah, they are actually pretty concaved, meaning you don’t actually get as much of the product as you thought. 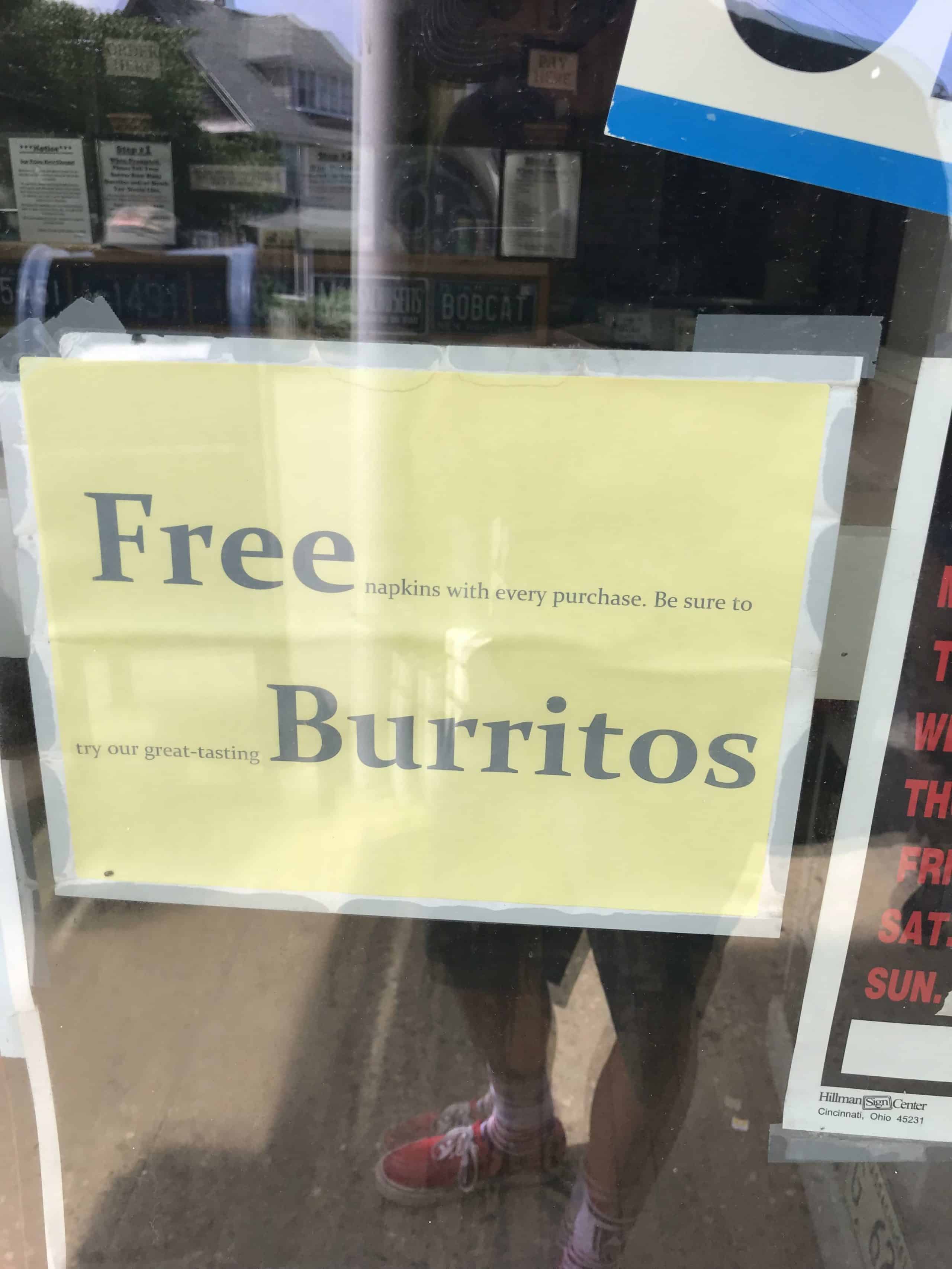 This Mexican restaurant thought that it could pull the wool over their customers with this tricky sign. You think you’re getting a free burrito, but you’re actually just getting free napkins with your purchase. 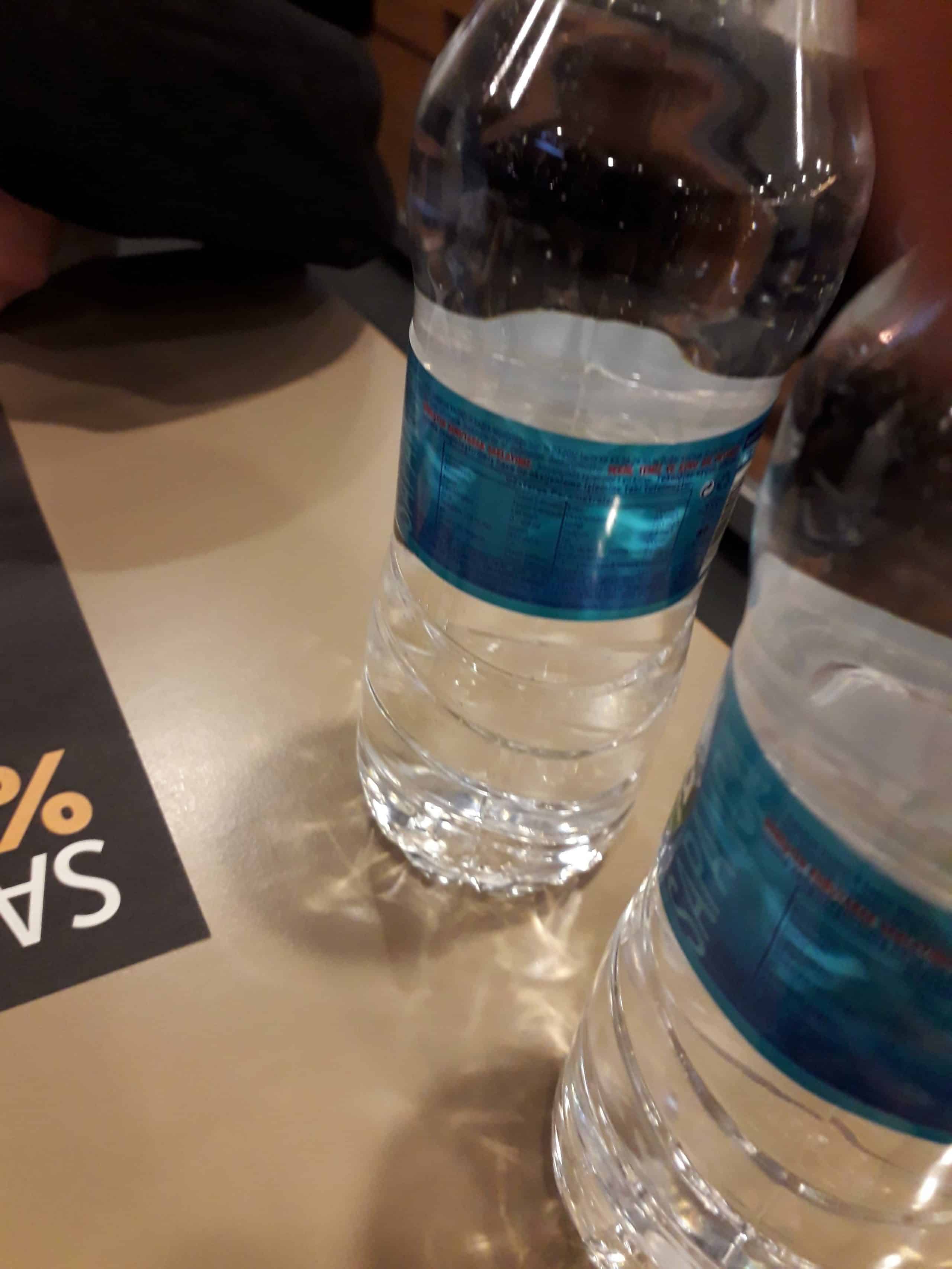 This restaurant puts out water bottles on the table for customers to drink. What they don’t tell them is that they have to pay for them if they open them. 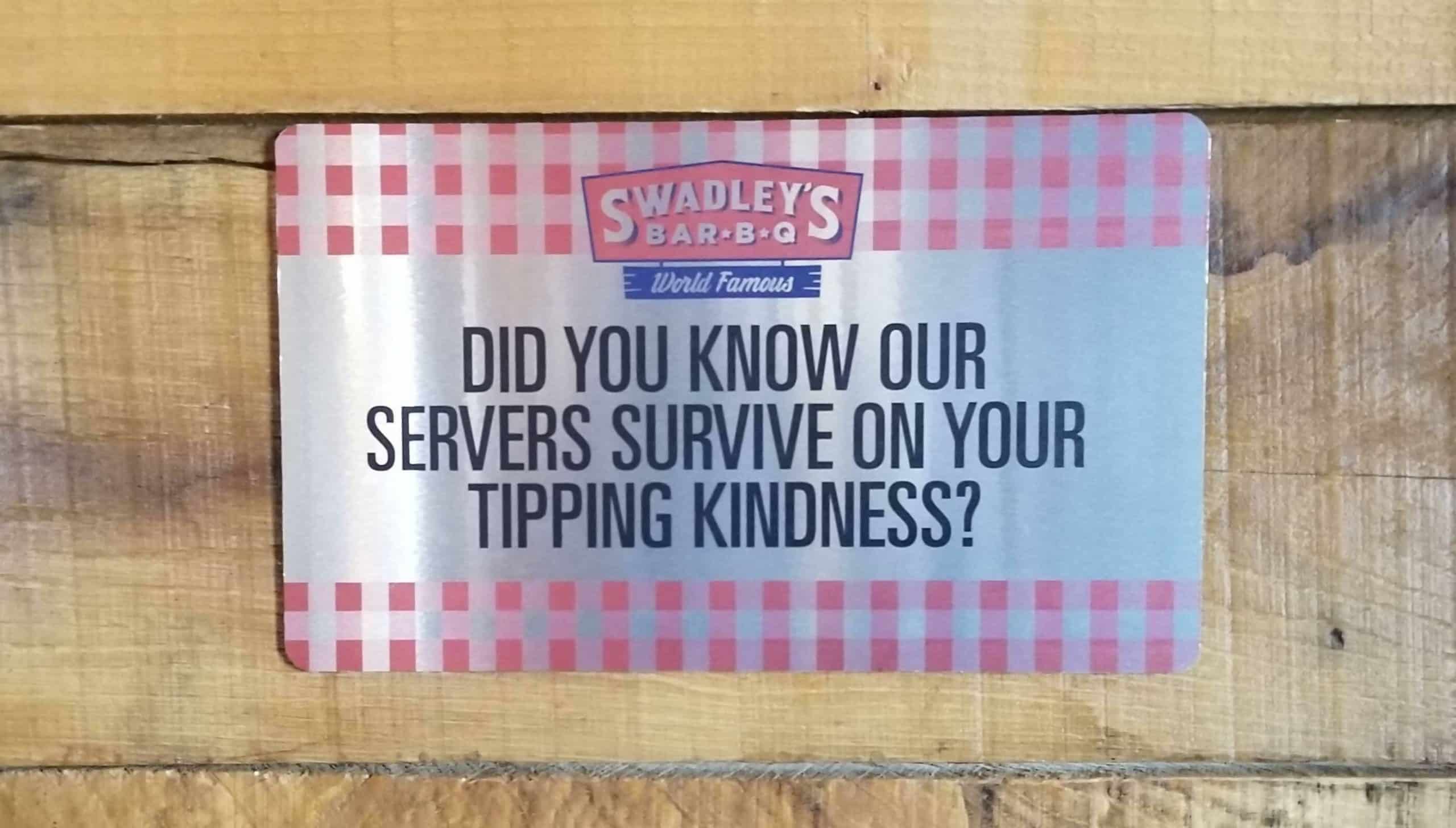 America is the only country that makes their servers survive on the tips that they make, which doesn’t really seem fair. Well, this restaurant makes sure to cake on the guilt and ensure everyone tips their 20%.

This Chinese restaurant was too lazy to take pictures of their food separately. So, they simply flipped the picture of the vegetable pancake for the seafood pancake menu listing. 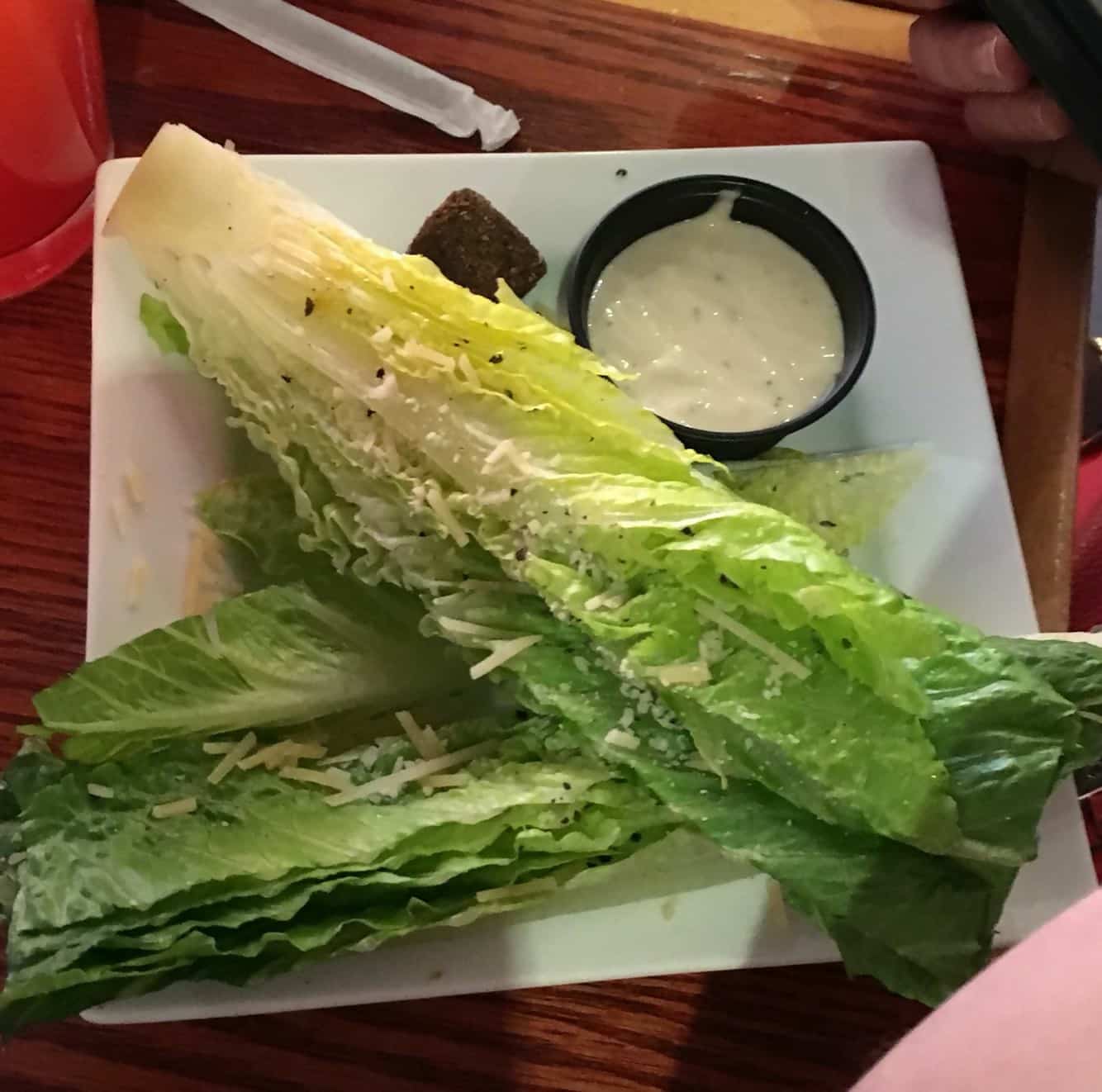 This Caesar salad from Red Robin doesn’t look quite right. Maybe it’s because the chef was too lazy to actually cut up the lettuce. Now the customers have to do all the work while still paying for it. 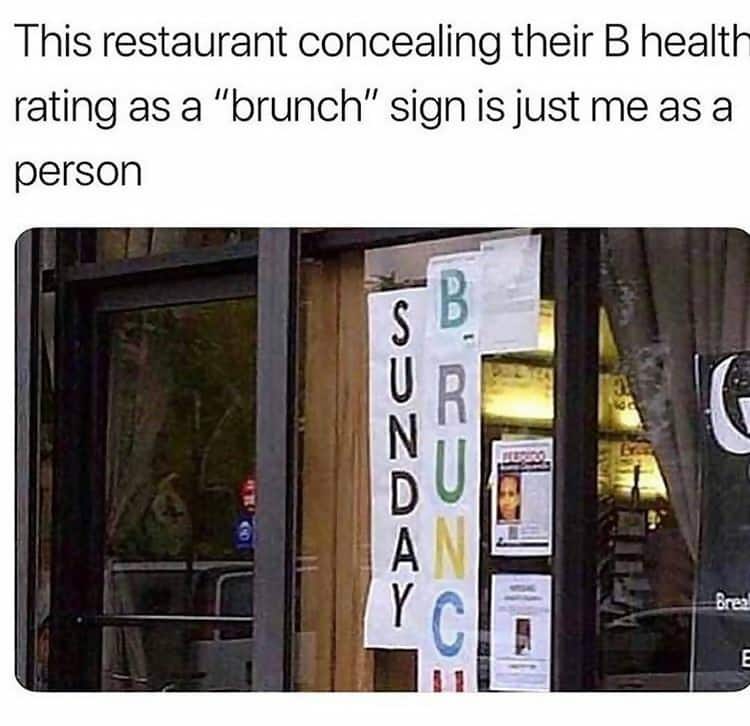 This restaurant cleverly tried to hide their B rating from the health department by placing a “Brunch” sign underneath it. It’s clever, but such a scam! 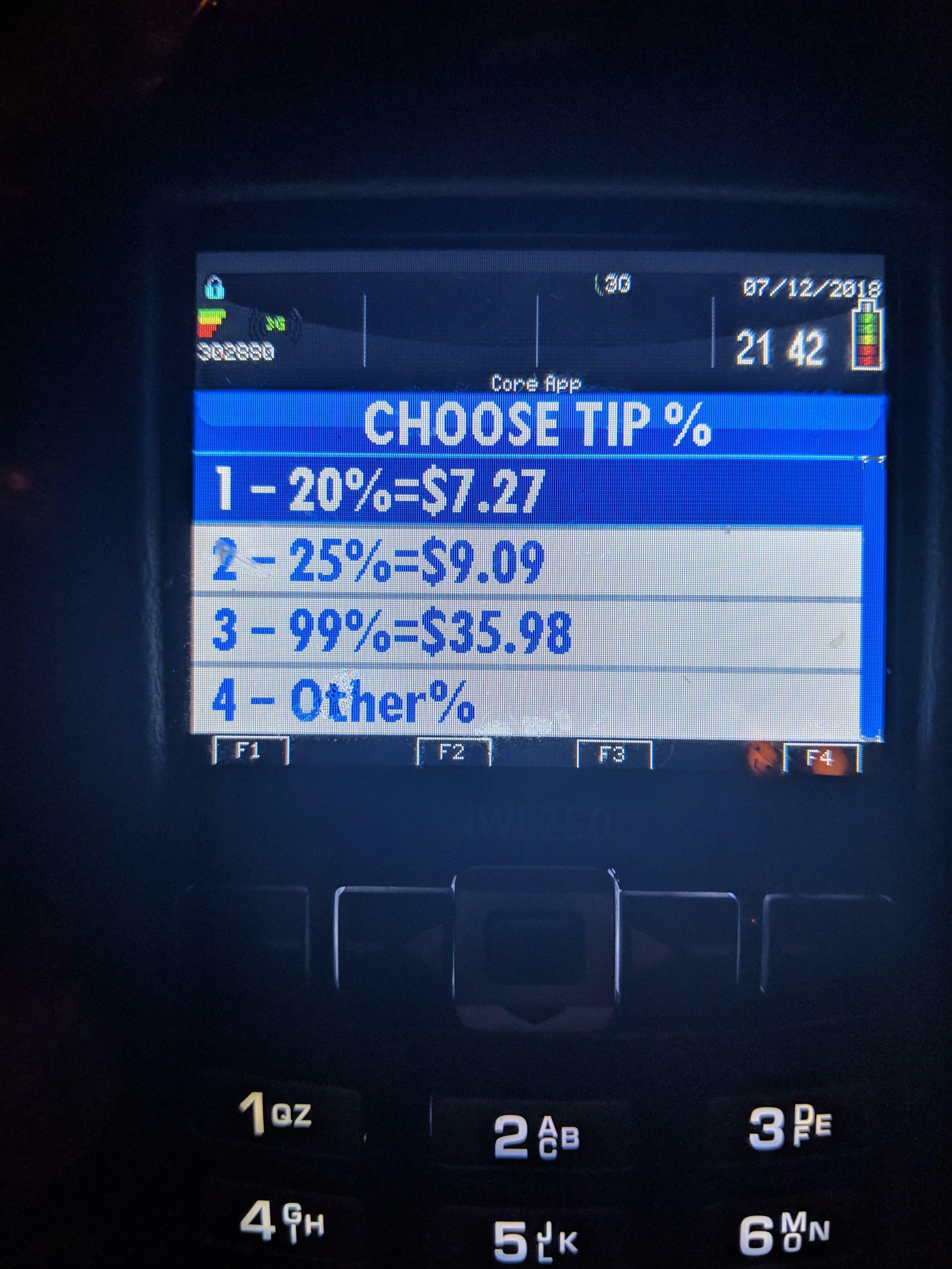 It’s convenient when the restaurant offers tipping options so you don’t have to figure it out yourself. However, these options are just a little ridiculous, don’t you think? 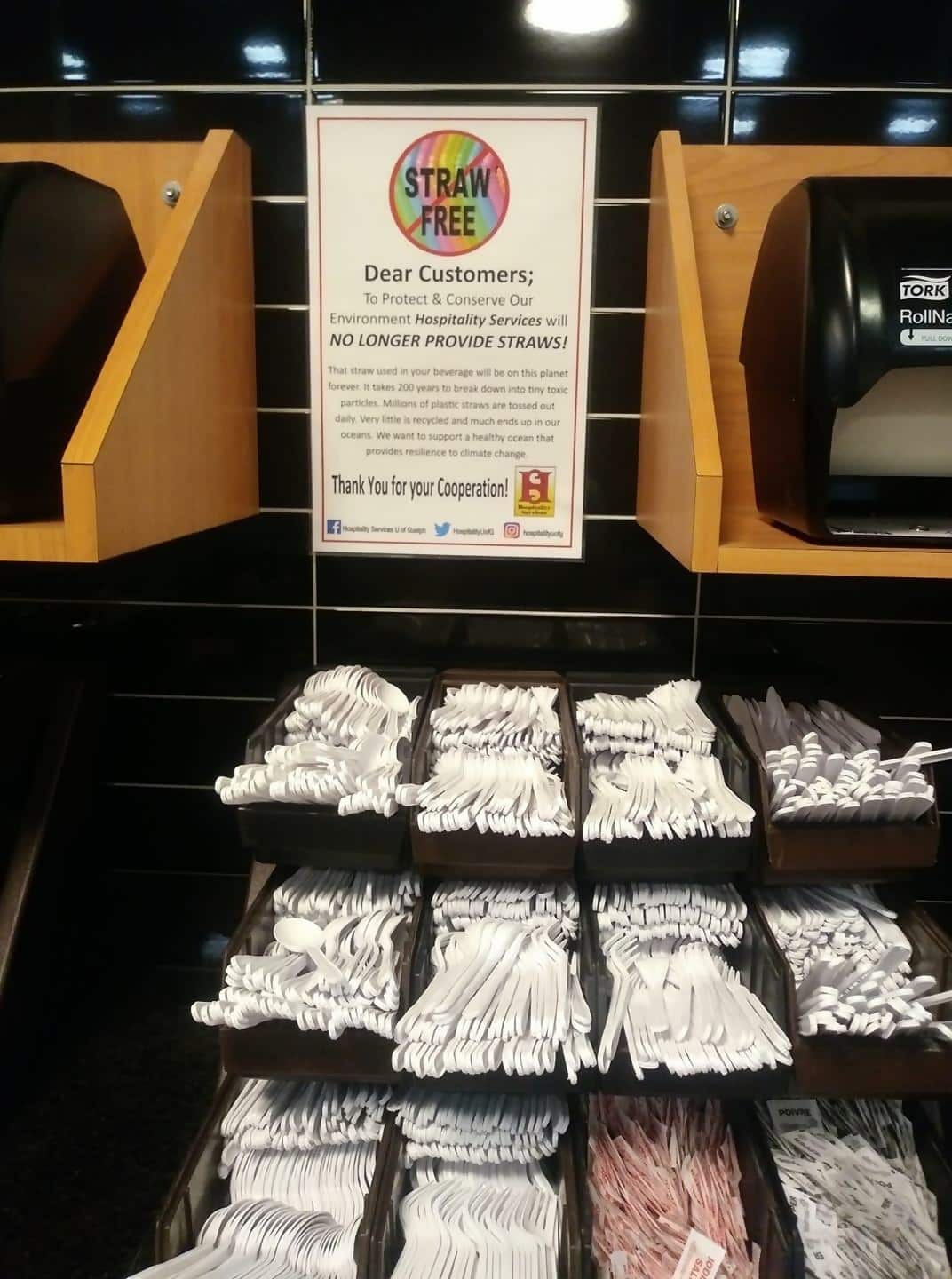 A lot of restaurants are banning plastic straws to help save the environment. However, they are still using tons of plastic utensils. Seems a little counterproductive. 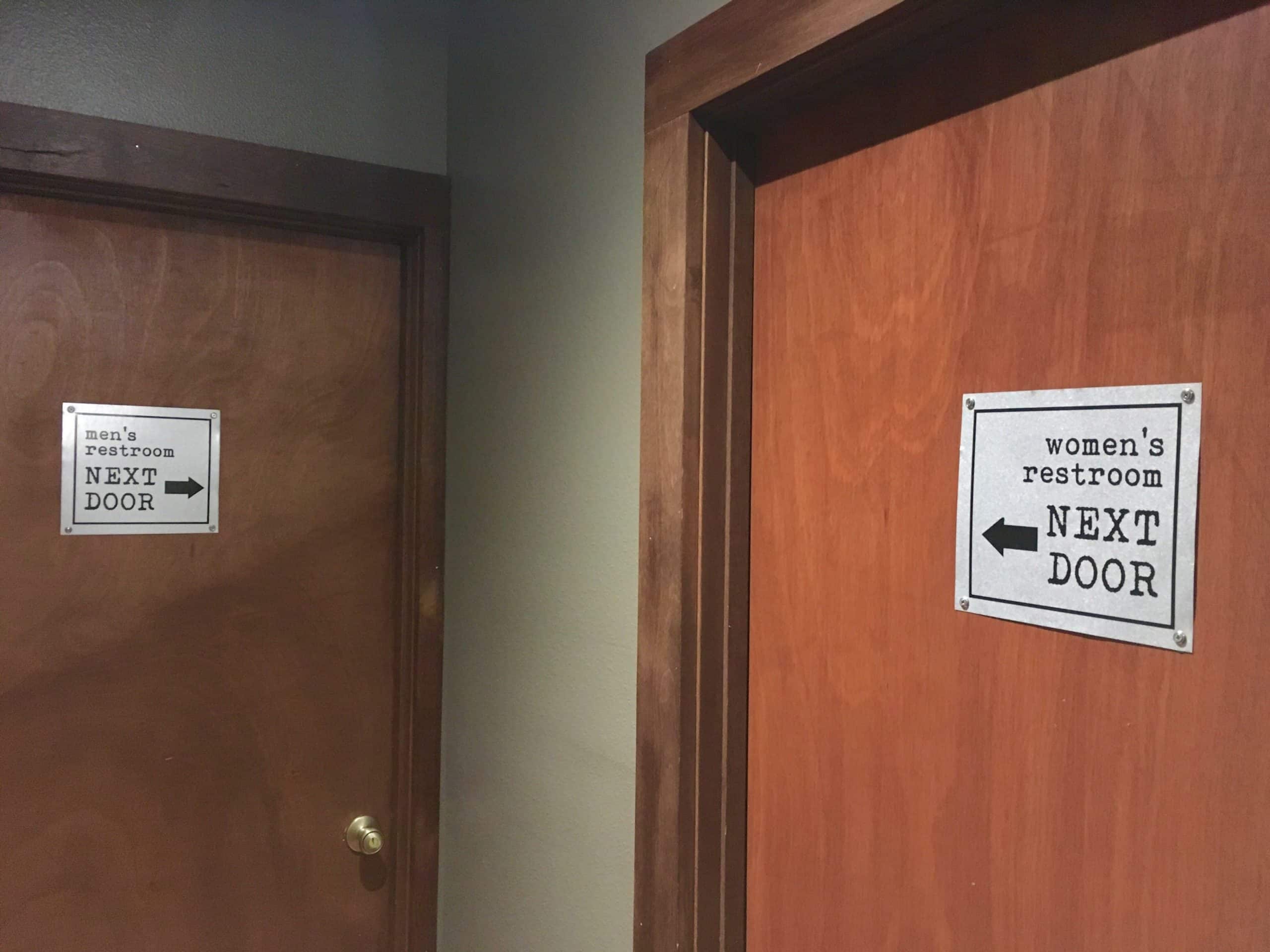 Now why wouldn’t they just put the sign for the bathroom right on the door? We sure hope this isn’t a bar because intoxicated customers will definitely get confused and walk into the wrong bathroom thanks to these signs. 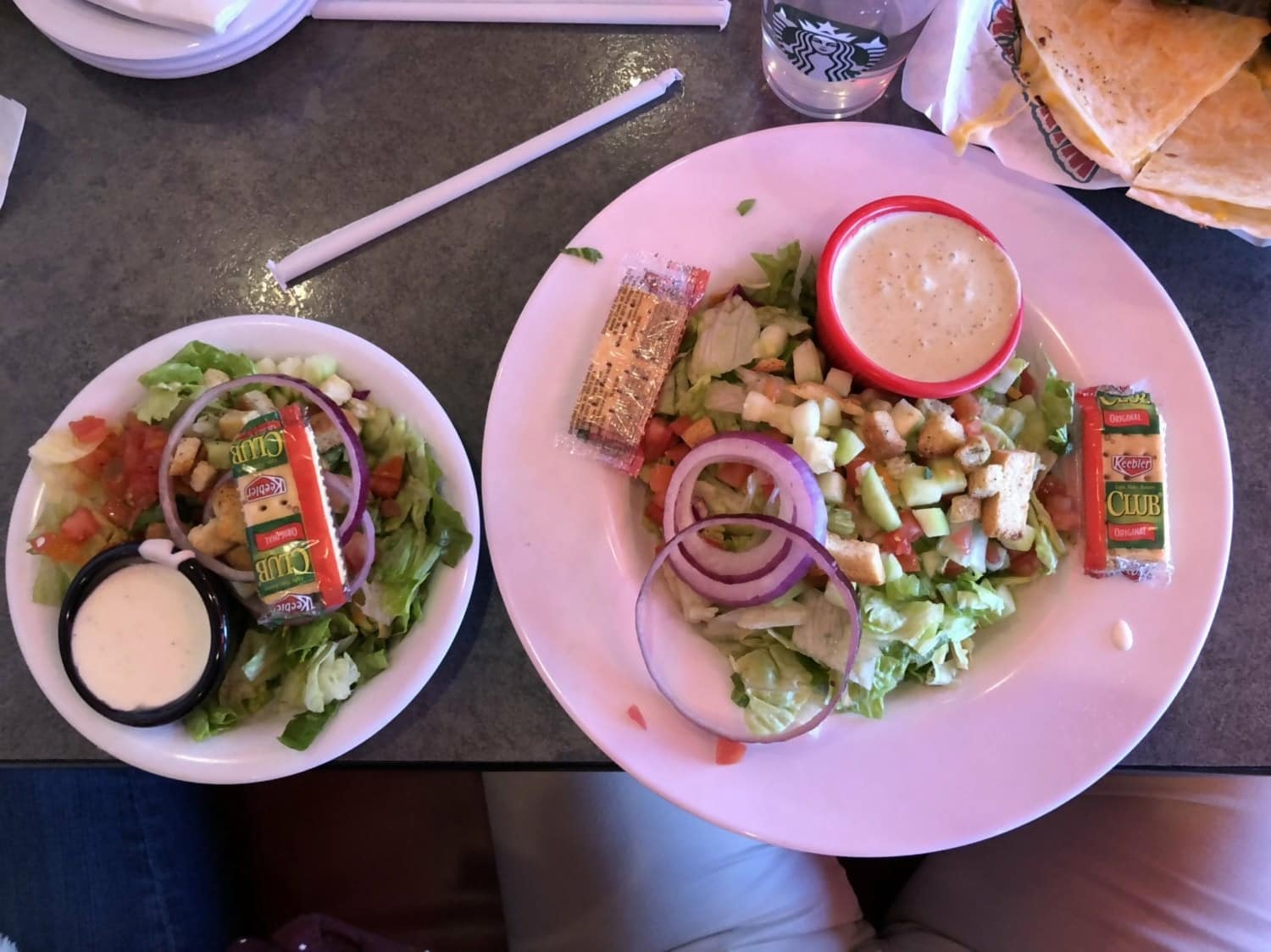 This restaurant offered a side salad or a full salad option on their menu. It turns out the full salad is the same size as the side salad, it’s just served on a bigger plate to make customers think they are getting more.

This bar is also guilty of tricking their customers into paying more for a “large” beer when in reality they are getting the same amount of beer as when they pay for a small. The difference is that they use different glasses. 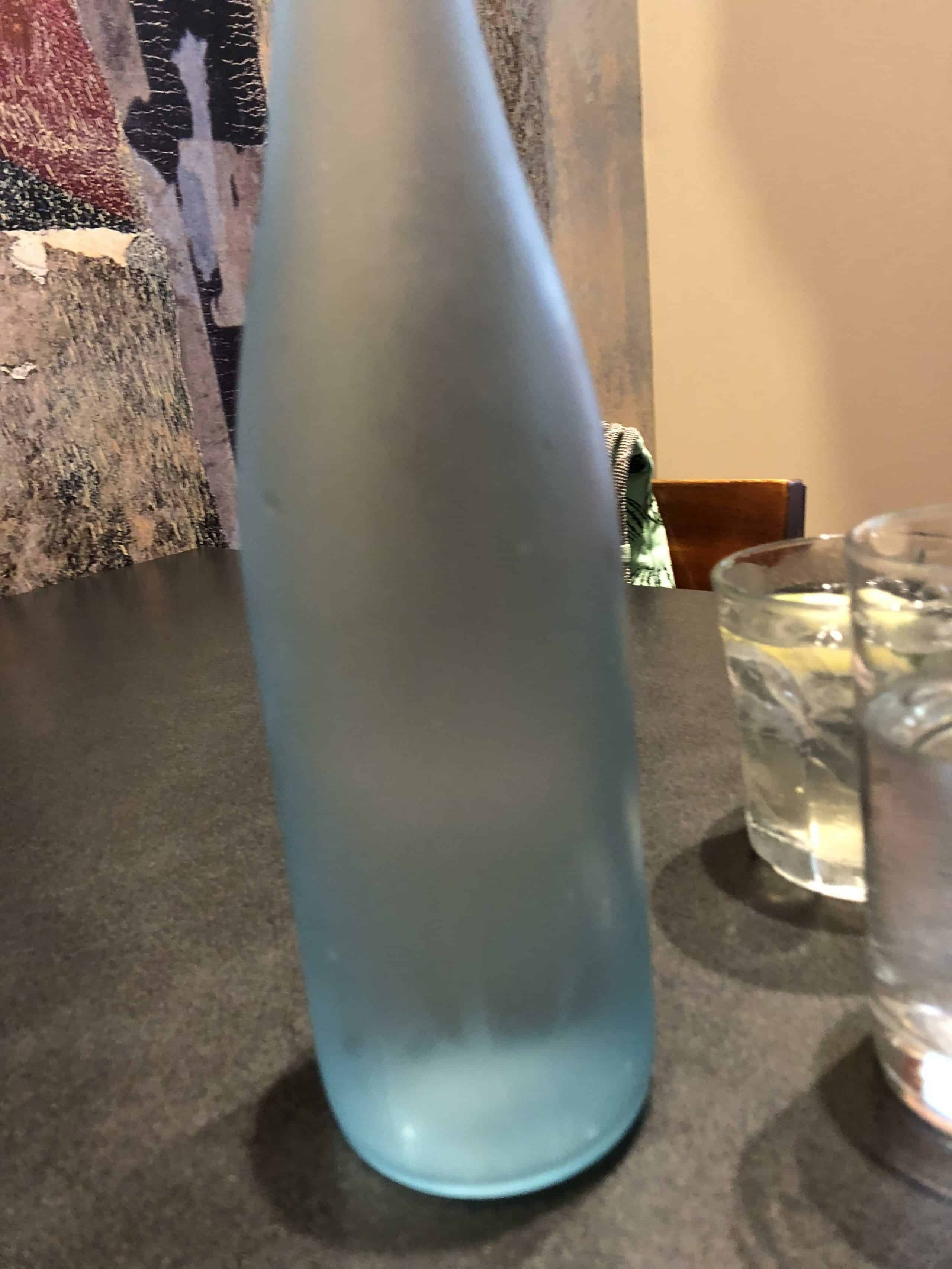 This water may look ice cold to you, but it’s a trick! The glass is just frosted. It’s actually filled with room temperature water. 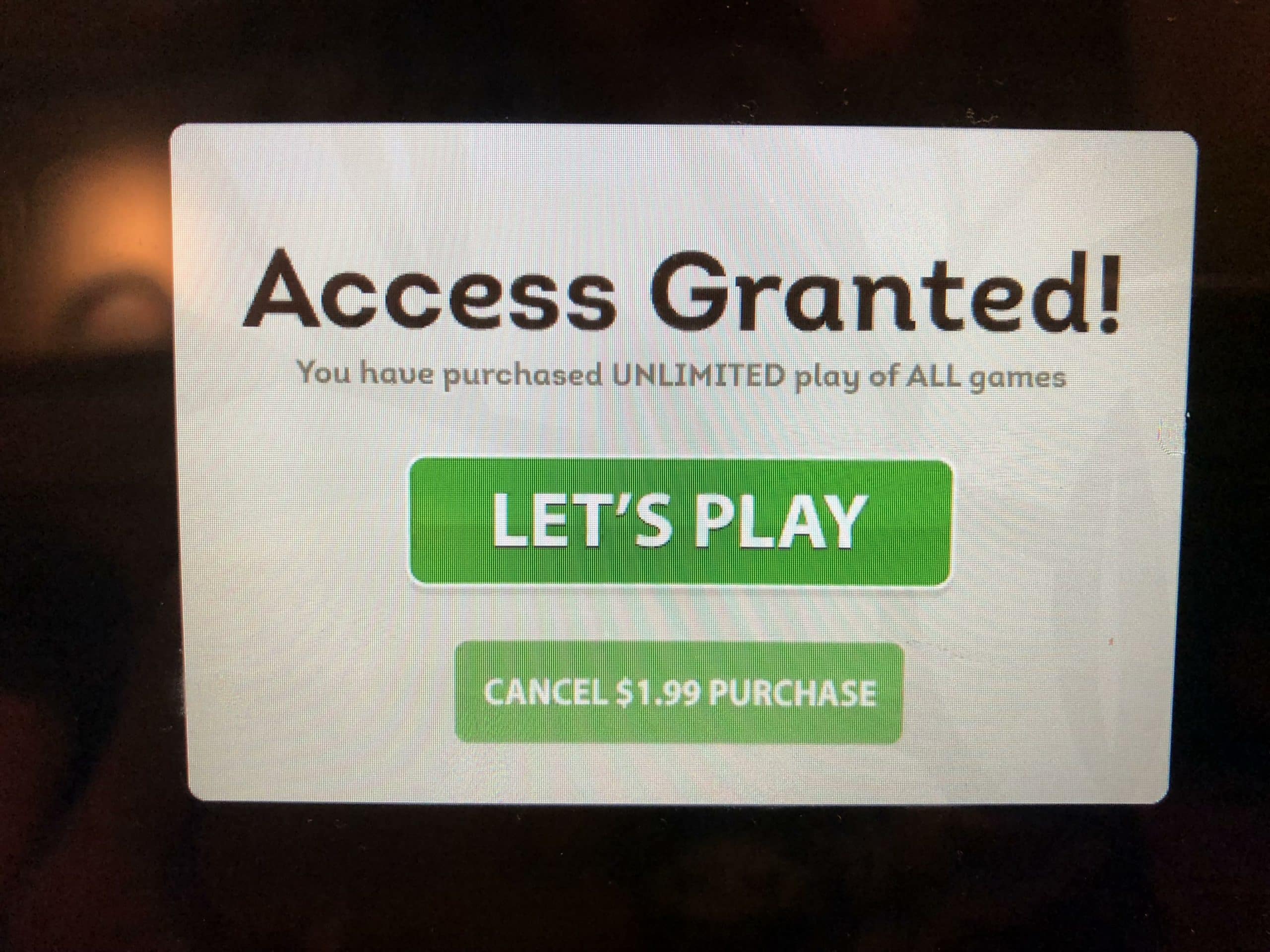 Even the big chain restaurants are out to scam their customers. Olive Garden offers tablets at their tables where you can play games. However, they don’t tell you that you have to pay $1.99 to play the games right off the back. 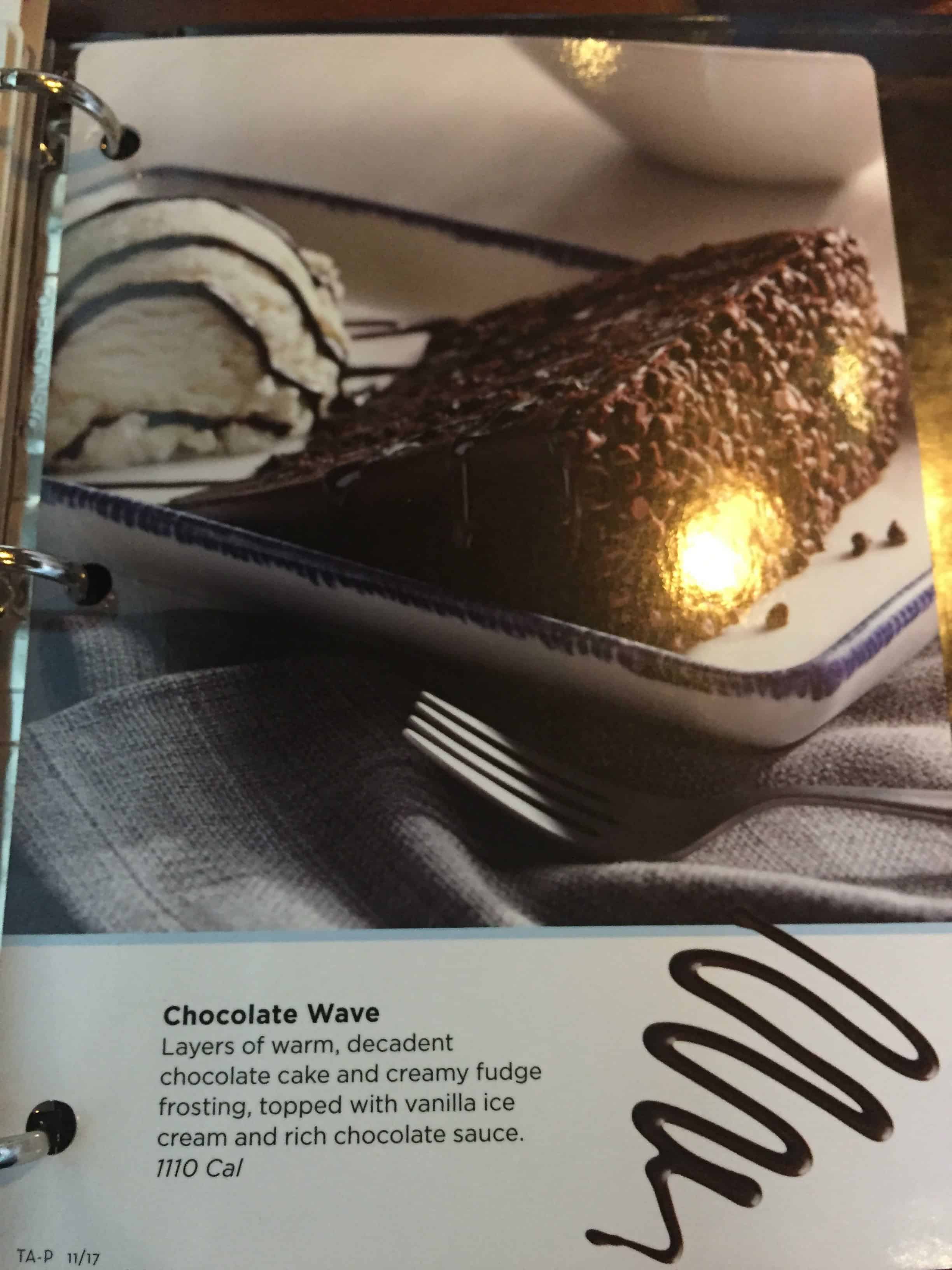 This restaurant doesn’t put the prices of their desserts in the menu. So, you’ll have to ask the server the price of every dessert if you’re looking to spend the least about of money. 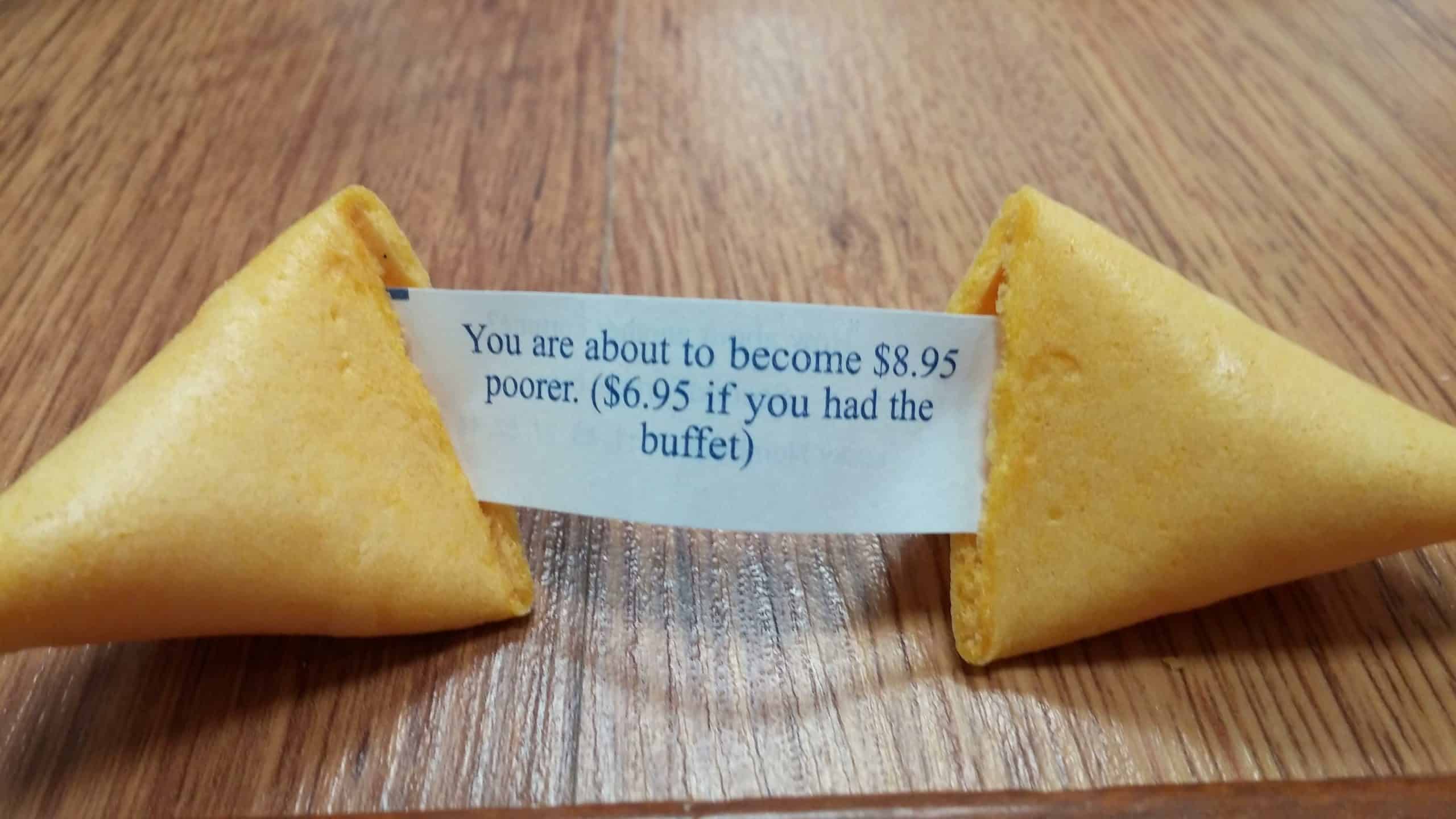 This Chinese restaurant decided to be a little sassy with their fortune cookies. Although, you can’t say that the fortune didn’t come true.

When you see the name of a famous chef outside of a restaurant, you would probably assume that it’s their restaurant, right? False. This restaurant just used his name to get attention. 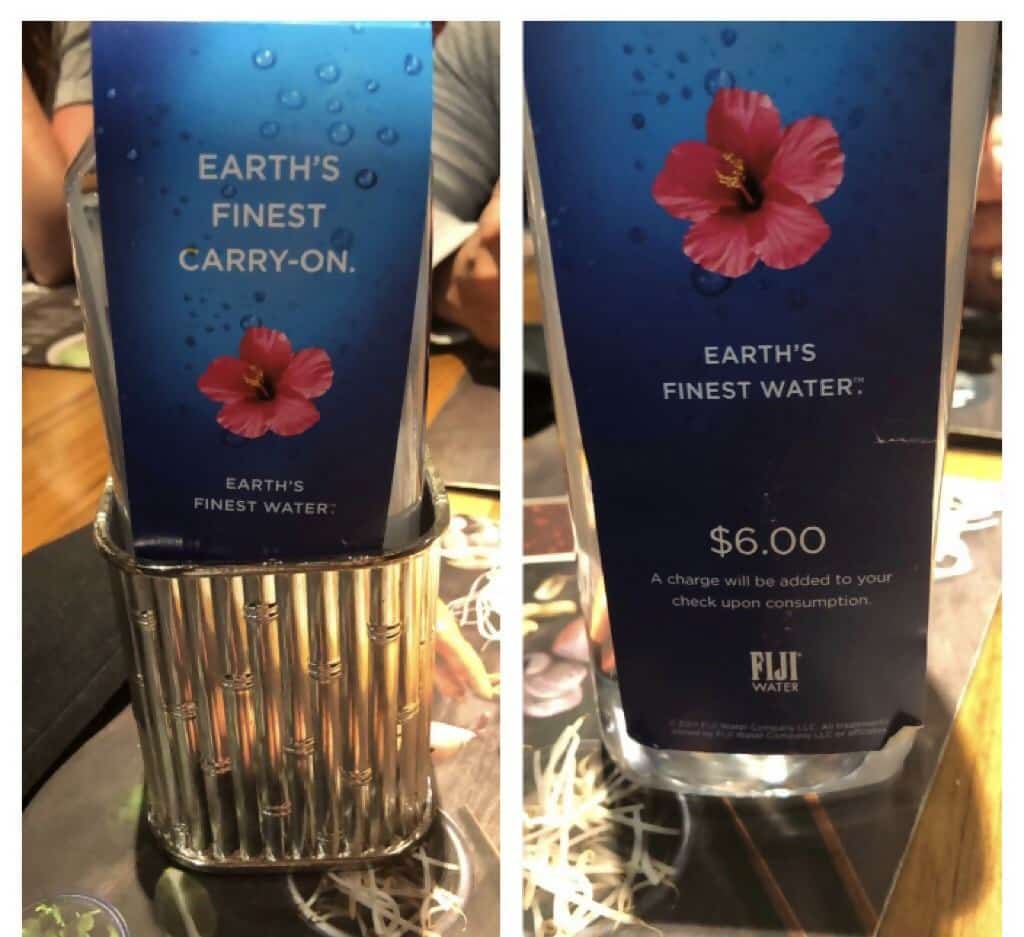 This restaurant cleverly hid the price of a bottle of Fiji water by placing it inside a metal cup. No wonder they decided to do that because $6 for a bottle of water is ridiculous! 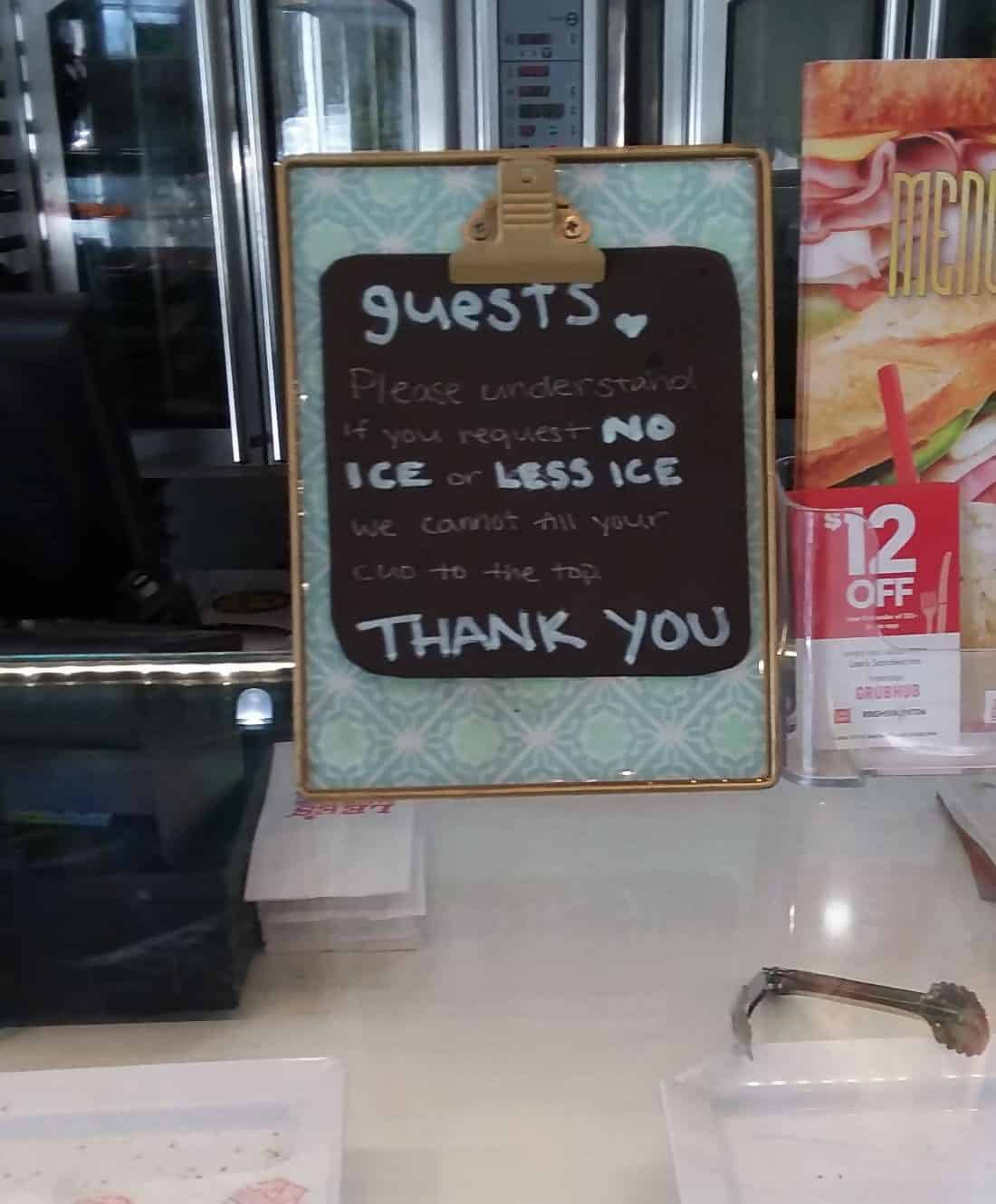 Customers think they have outsmarted restaurants when they ask for no or little ice in their drinks. However, this restaurant knows what they’re up to and decided that they won’t fill the cup up to the top if they ask for this. 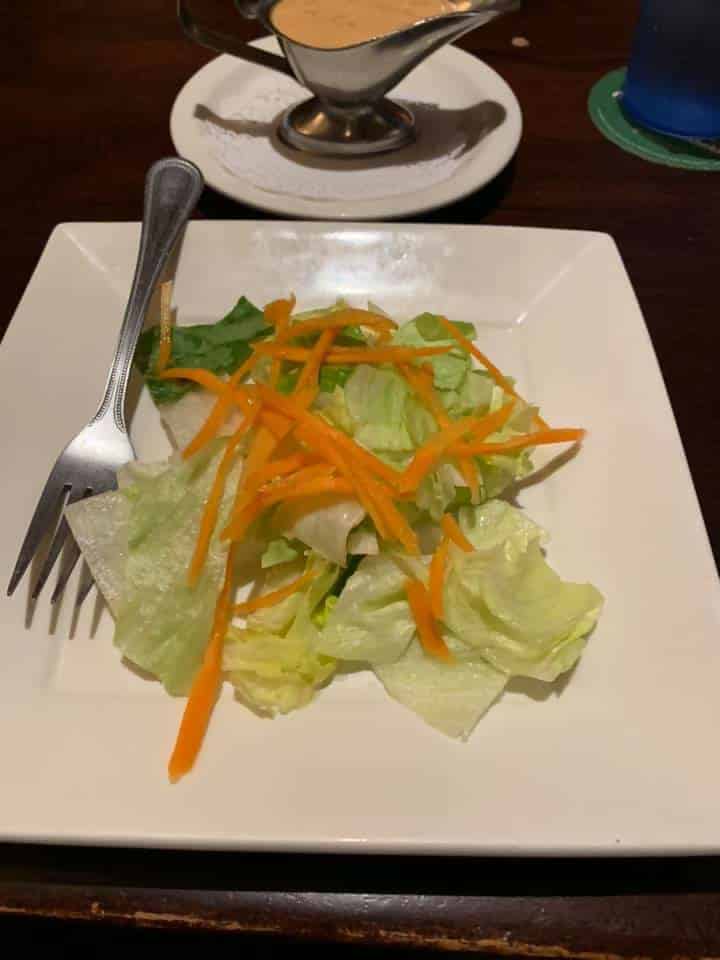 Some restaurants will charge you extra for a side of the house salad. However, when they come out with some lettuce and a handful of carrots, is it really considered a salad? 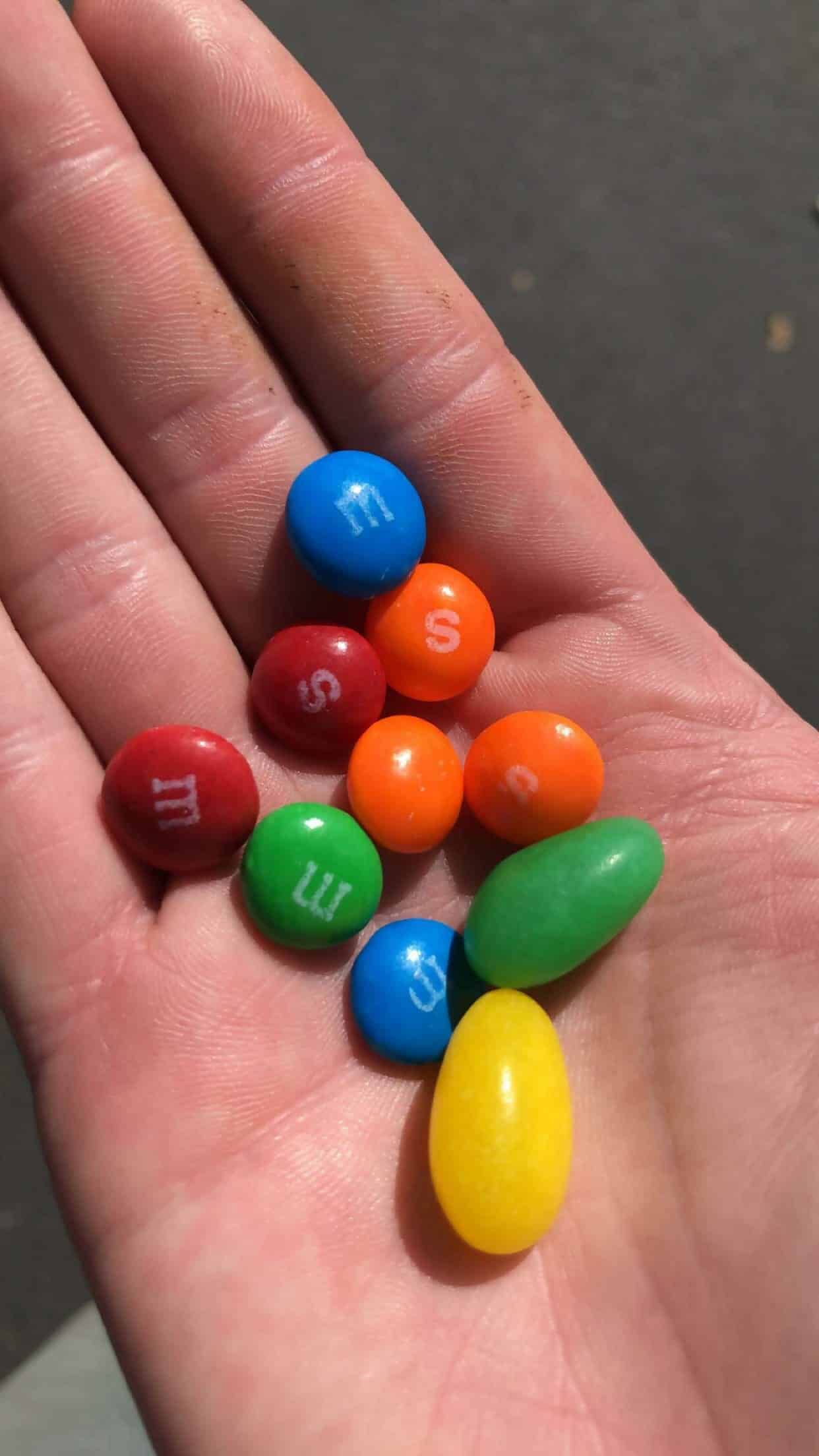 This restaurant had a small candy vending machine, which is great! Except that they mixed up M&Ms, Skittles, and Jelly Beans. Good luck with tasting all of those flavors at once. 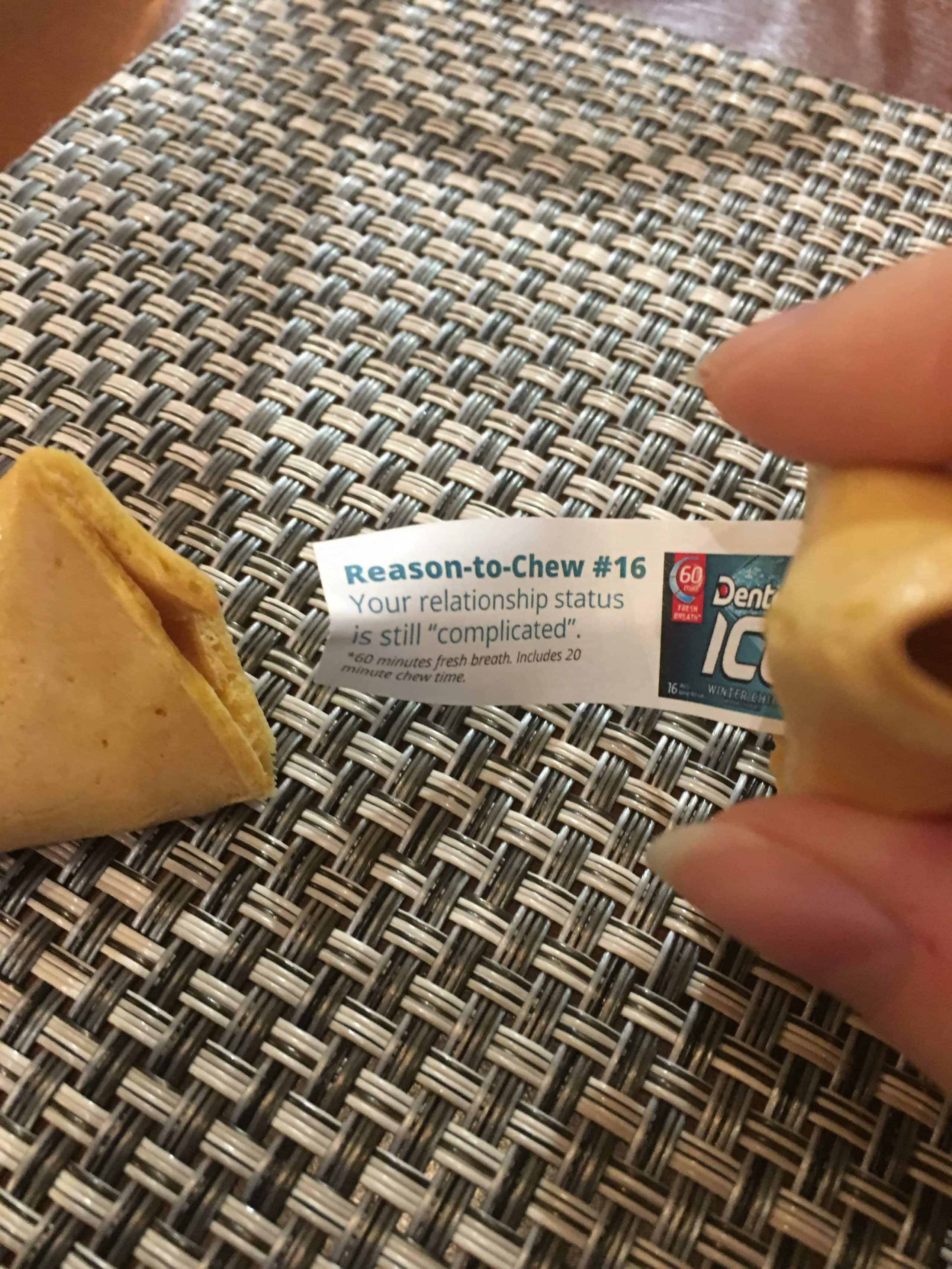 We live in the age of advertising. Everywhere we turn we see advertisements, even inside our fortune cookies.

Those Are Not Nachos 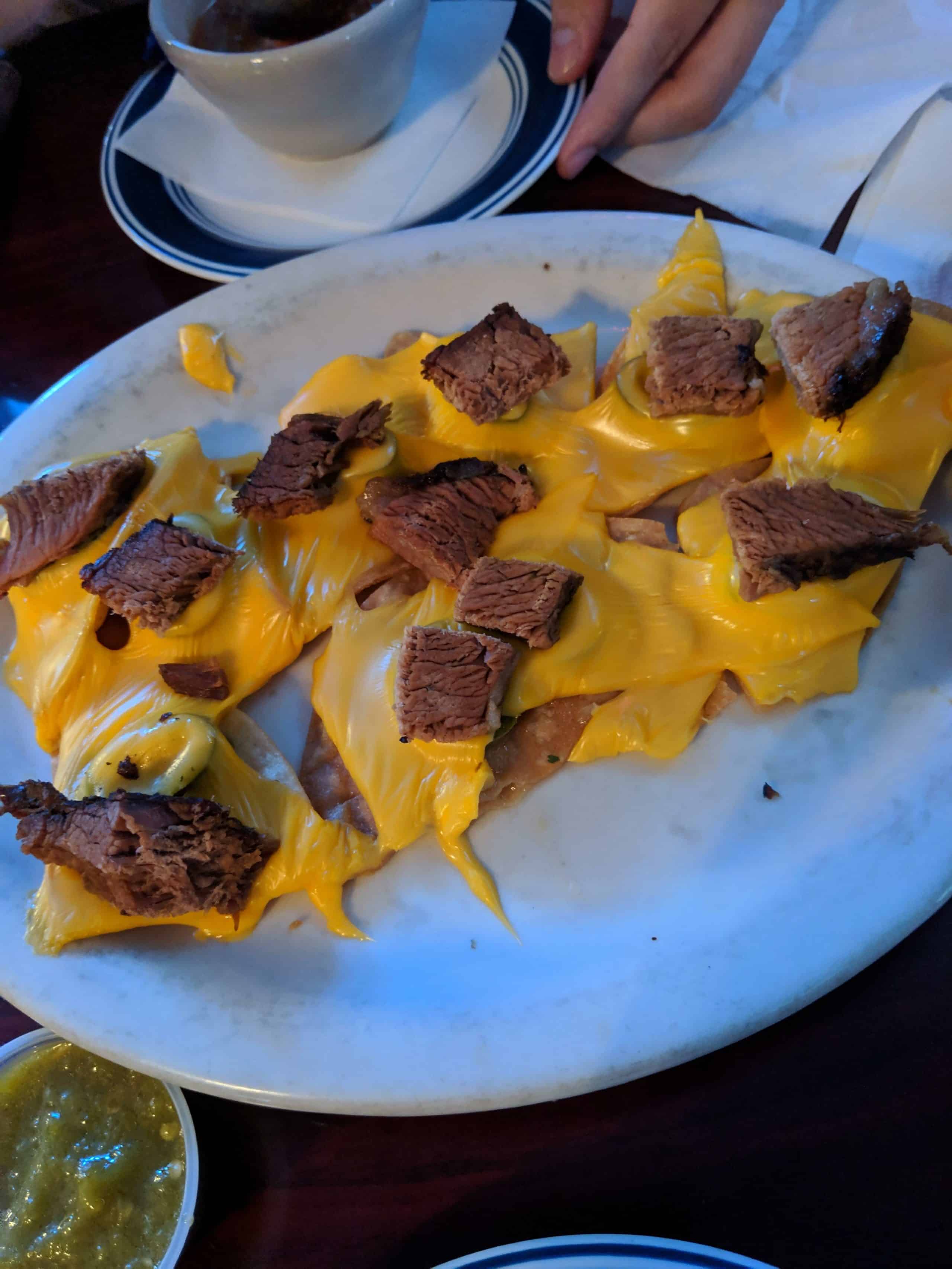 It’s hard to mess up nachos, but this restaurant managed to do it perfectly. It looks like a plate with melted cheese and some chunks of brisket. Where are the chips?

Cheese or No Cheese? 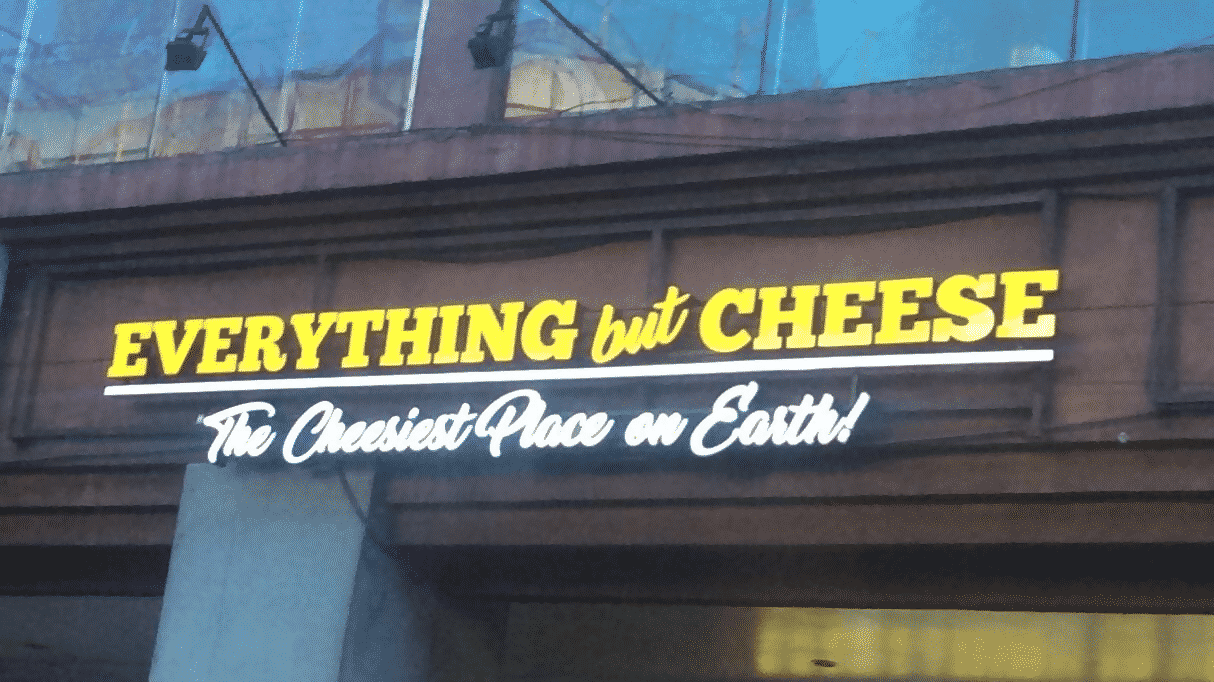 Wait, but is there cheese? How can it be the cheesiest place on earth and have everything but cheese? Guess the only way to find out is to eat there. Clever marketing tactic! 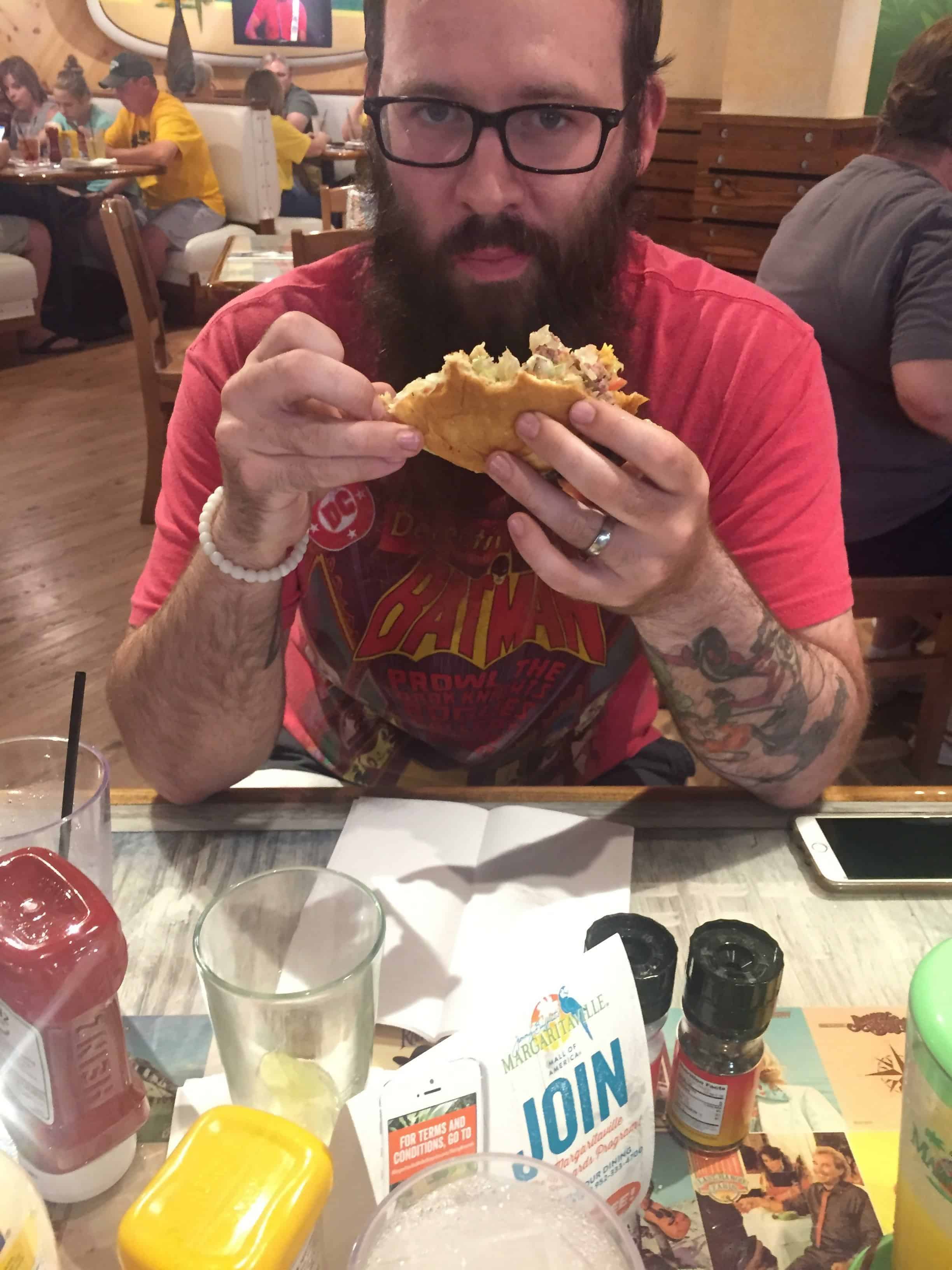 While this guy was eating a burger, his server came over and took his plate away as he was holding his food. Talk about bad customer service. 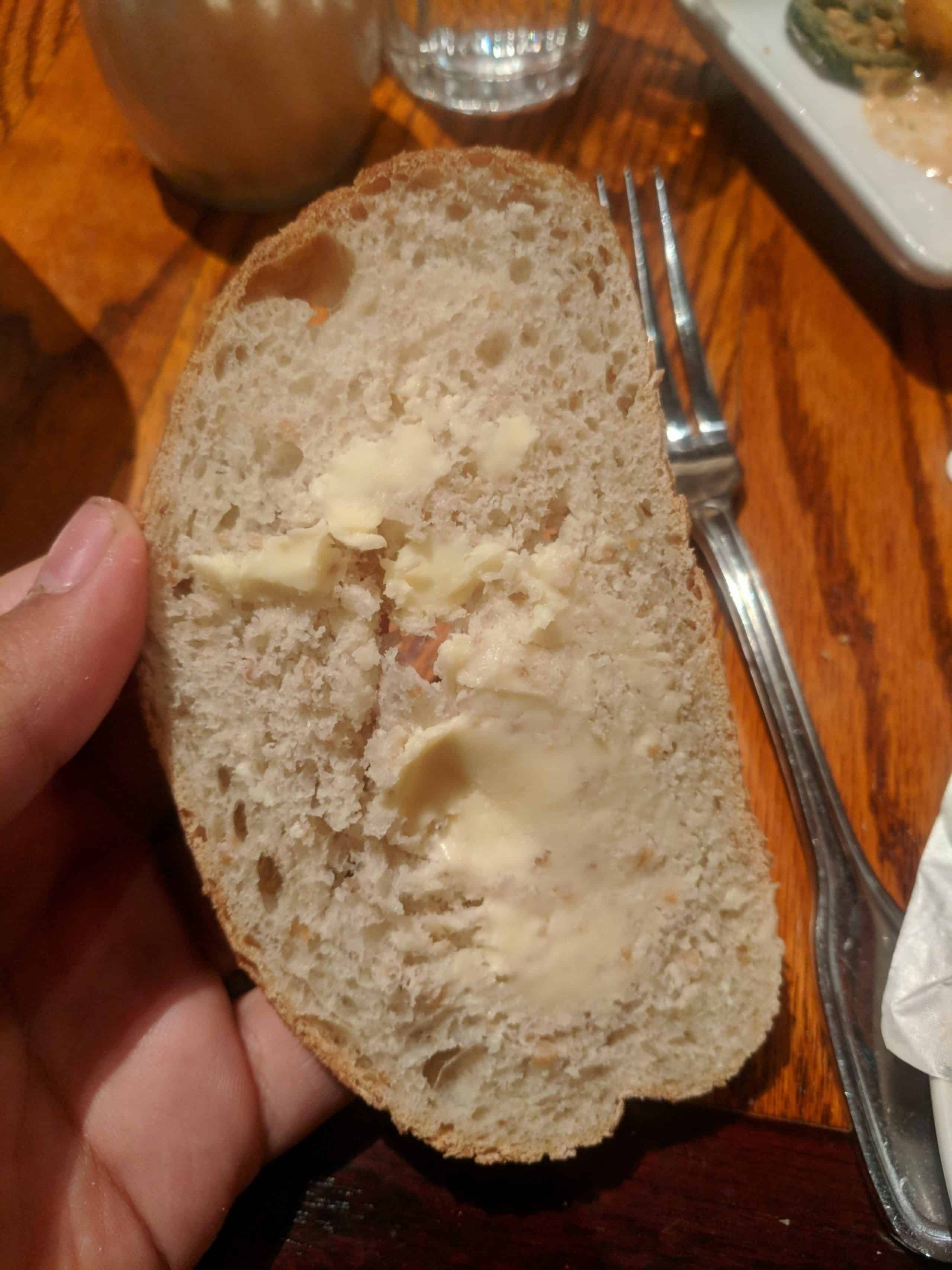 There is nothing worse than when restaurants serve their butter cold. It’s inevitable that you’ll rip your bread while trying to spread it. At least serve the bread warm! 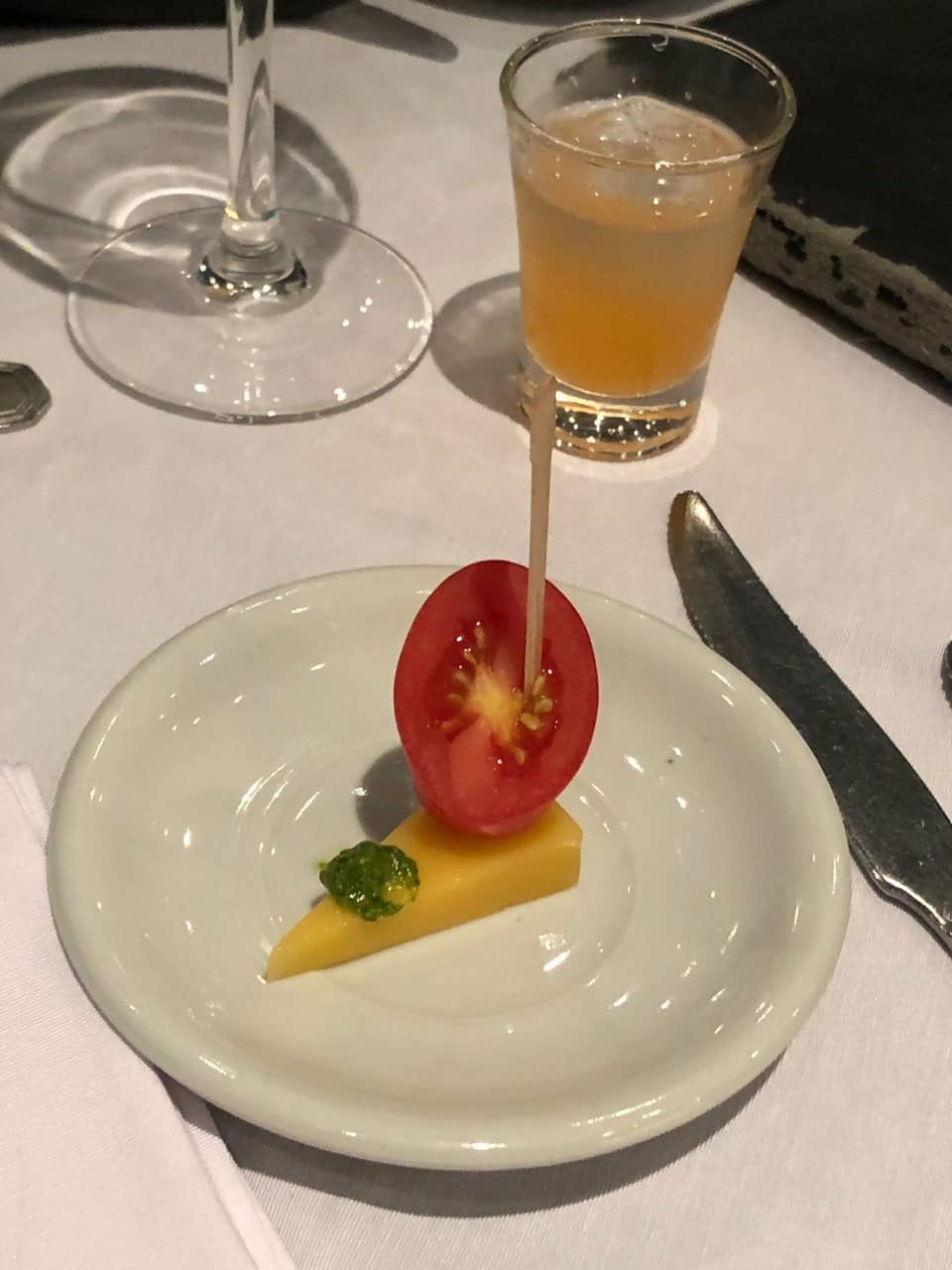 This is a “salad” served at a gourmet restaurant. Just because you’re gourmet doesn’t mean you can skimp out on serving an actual salad. Where is the lettuce?