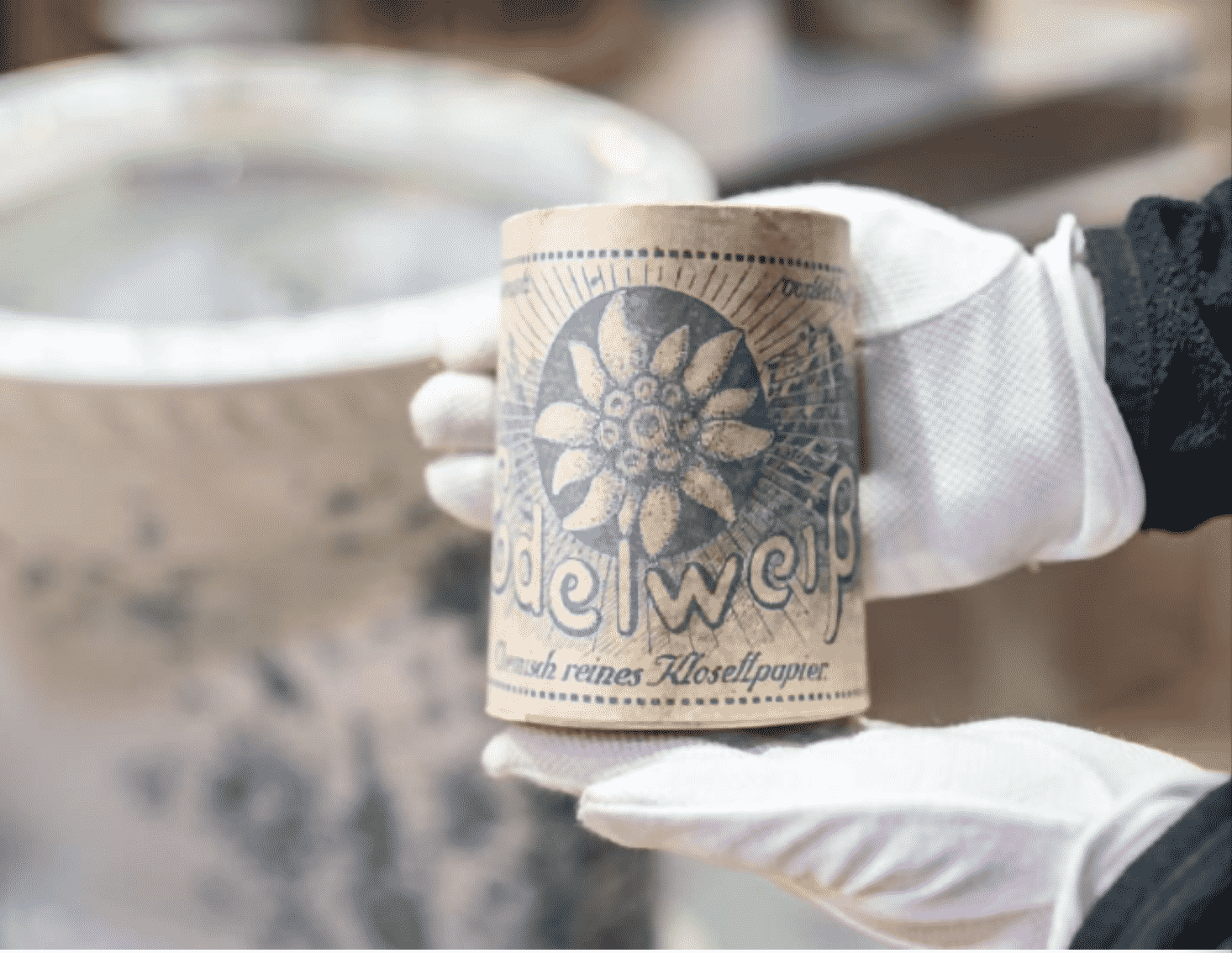 Among the many things we take for granted in the 21st Century is toilet paper. Before 1888 folks made do with all sorts of things from sticks wrapped with cloth and dipped in water, leaves, or an unlucky right hand. 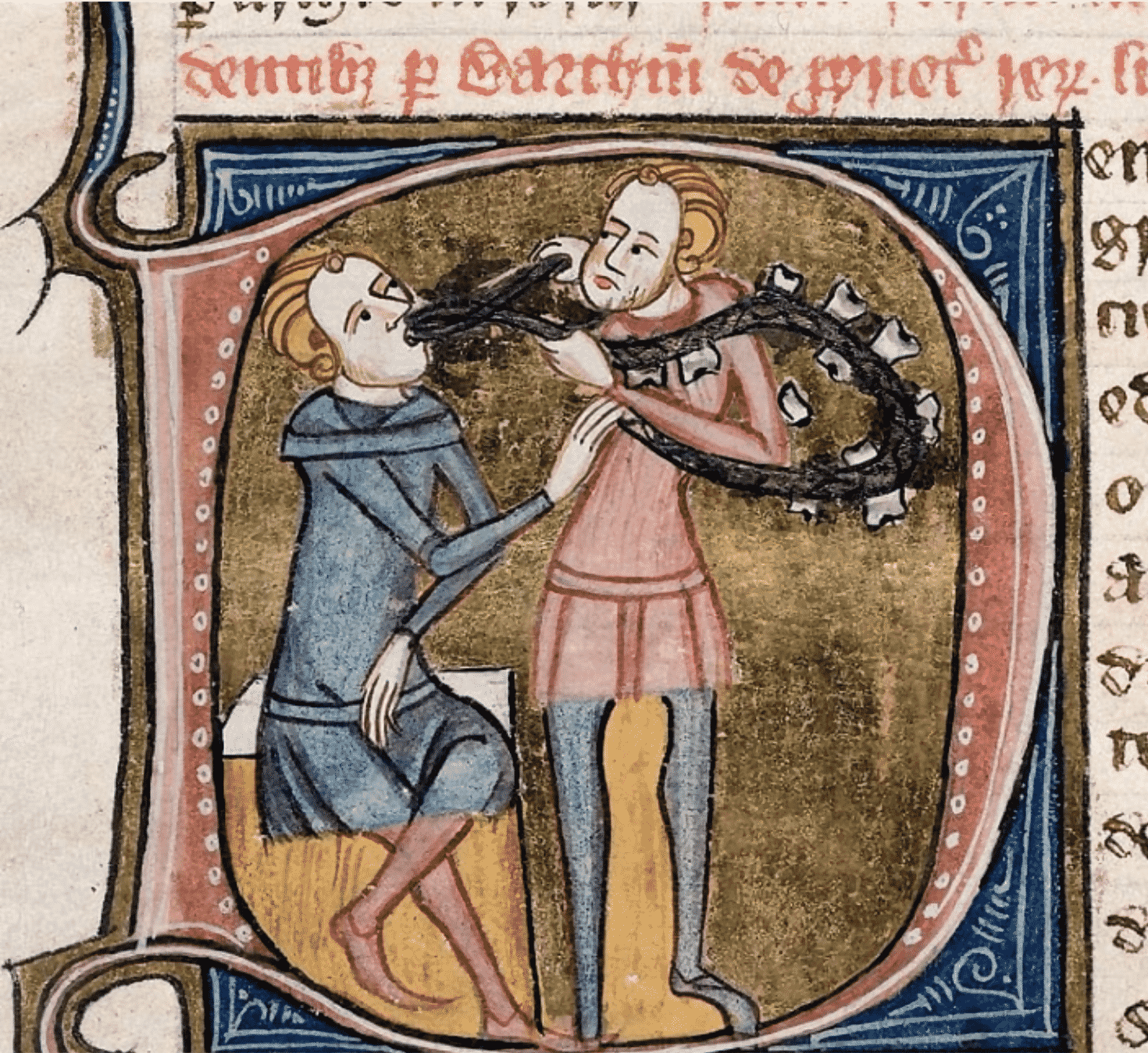 Turns out, there was a time where being a barber also required being a dental practitioner. That’s right: there were two types of barbers, ones who were surgeons trained to perform complicated operations and others focused on basic grooming. And yes, you guessed it, the tooth-pulling barbers were considered part of the second group. 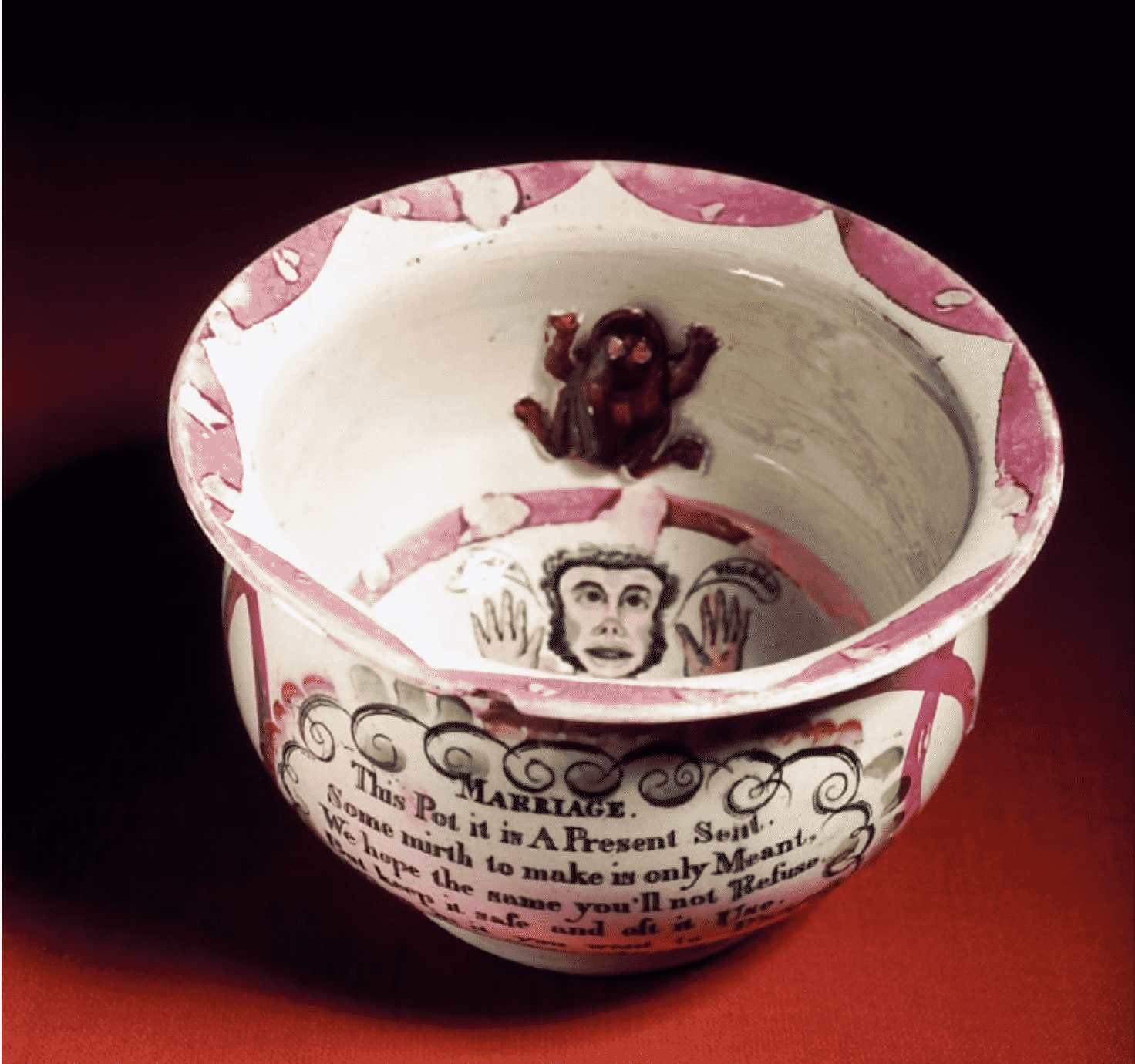 Everyone’s had to face the challenge of getting up in the middle of the night of fumbling to the bathroom. Centuries ago, people had a much more practical solution: mini toilets, known as chamber pots, under their beds. 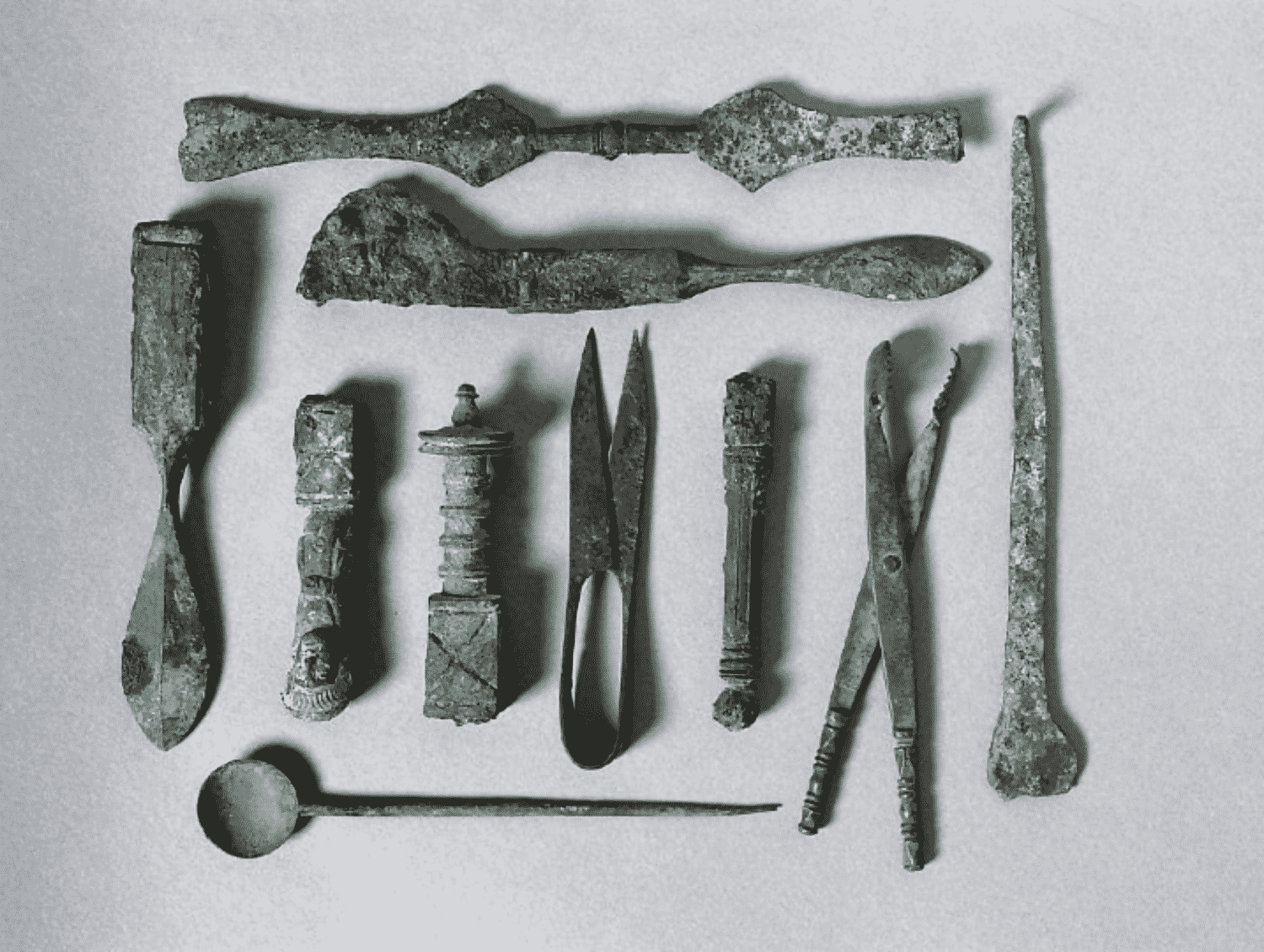 Until the 19th century, even the most knowledgable doctors had no conception of bacteria or what causes infections. If they decided something needed to be removed from your body, it was done with a freshly unsterilized knife or forceps. And don’t expect any anesthetic when you go under that germ-infested knife either!

5. The Real Reason for Wigs 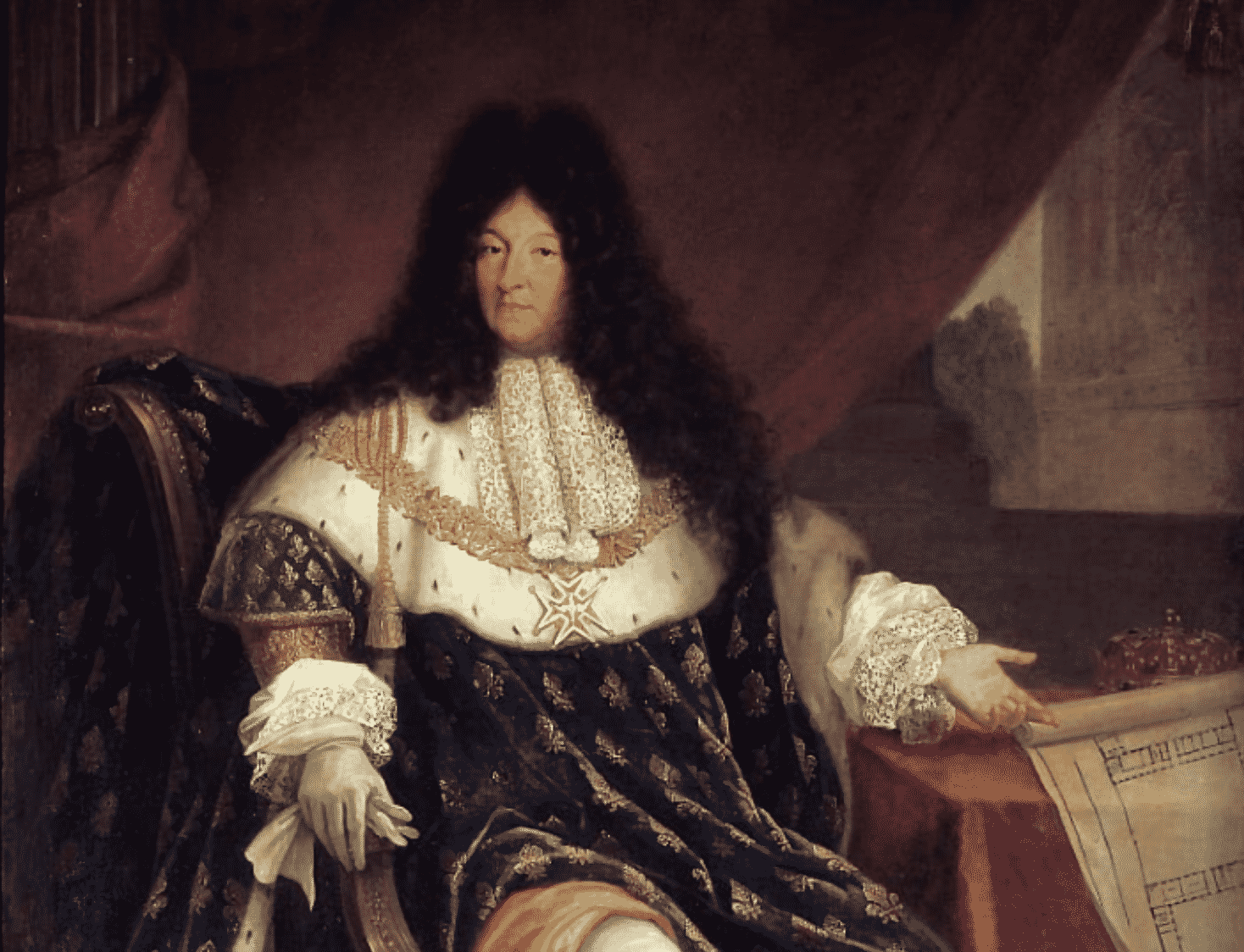 The real reason for the ever-popular wig in the 16th and 17th century was much more sinister than a simple fashion statement. Nobility and aristocrats suffered from Syphilis during this time en mass, thanks to a massive outbreak in 1580. The disease is now easily treatable with antibiotics but in past centuries people would endure open sores, blindness, memory loss and hair loss. Hence, the wigs. Most notably, Louis XIV began wearing a wig when he started going bald at the young age of 17, likely due to syphilis. Years later, his cousin King Charles II followed suit, and it became a fashion statement among aristocrats. 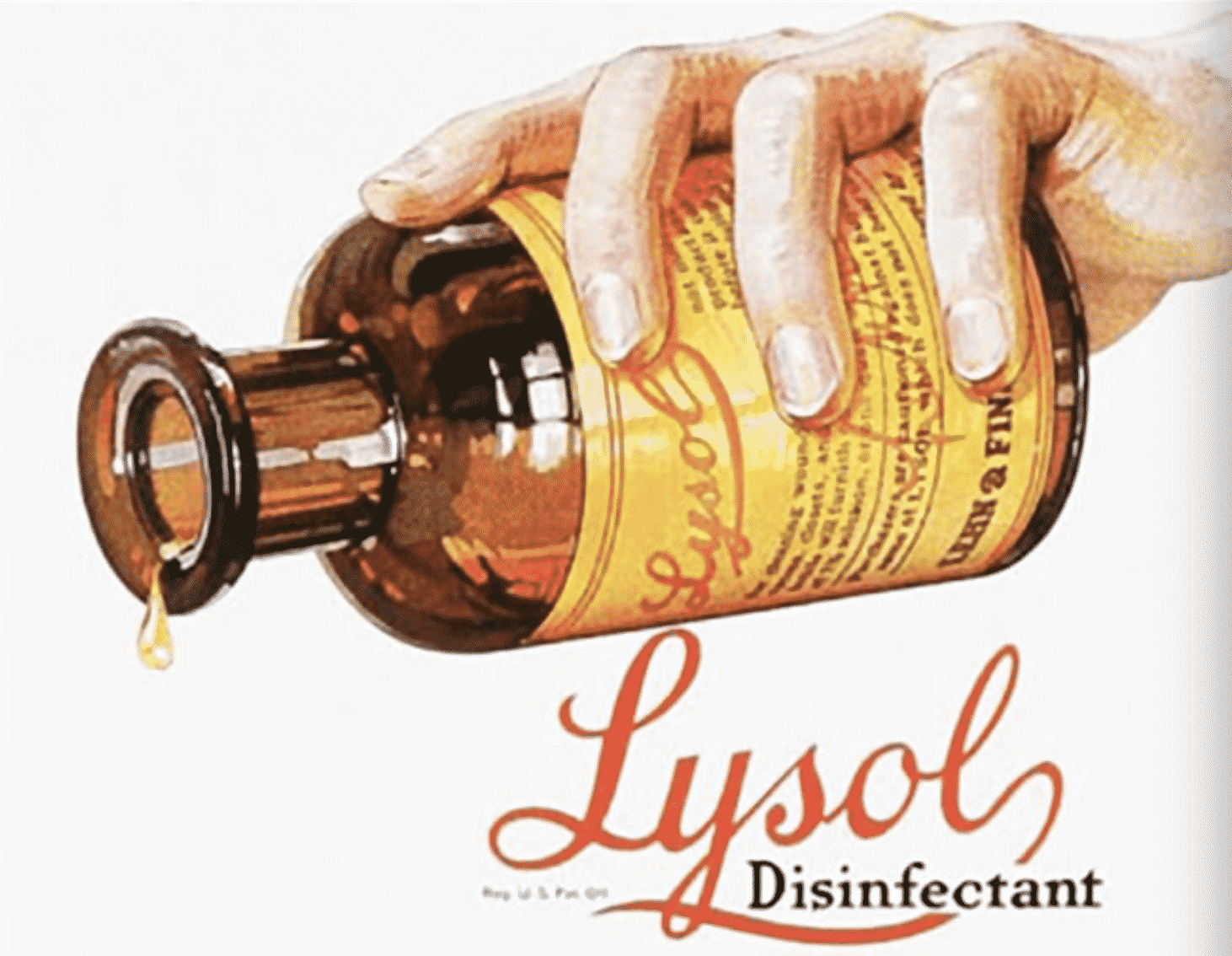 Even modern history has its ugly health secrets: in the early 20th century, women would resort to Lysol in place of conventional birth control methods. Women would simply treat their private area with liquid Lysol and was considered gentle and safe to freshen the area. Obviously, neither was true. Needless to say, Lysol didn’t prevent conception. In a 1933 study, half of the 507 women still got pregnant. Further, many women suffered from inflammation and burning, even death due to the toxicity of the substance. 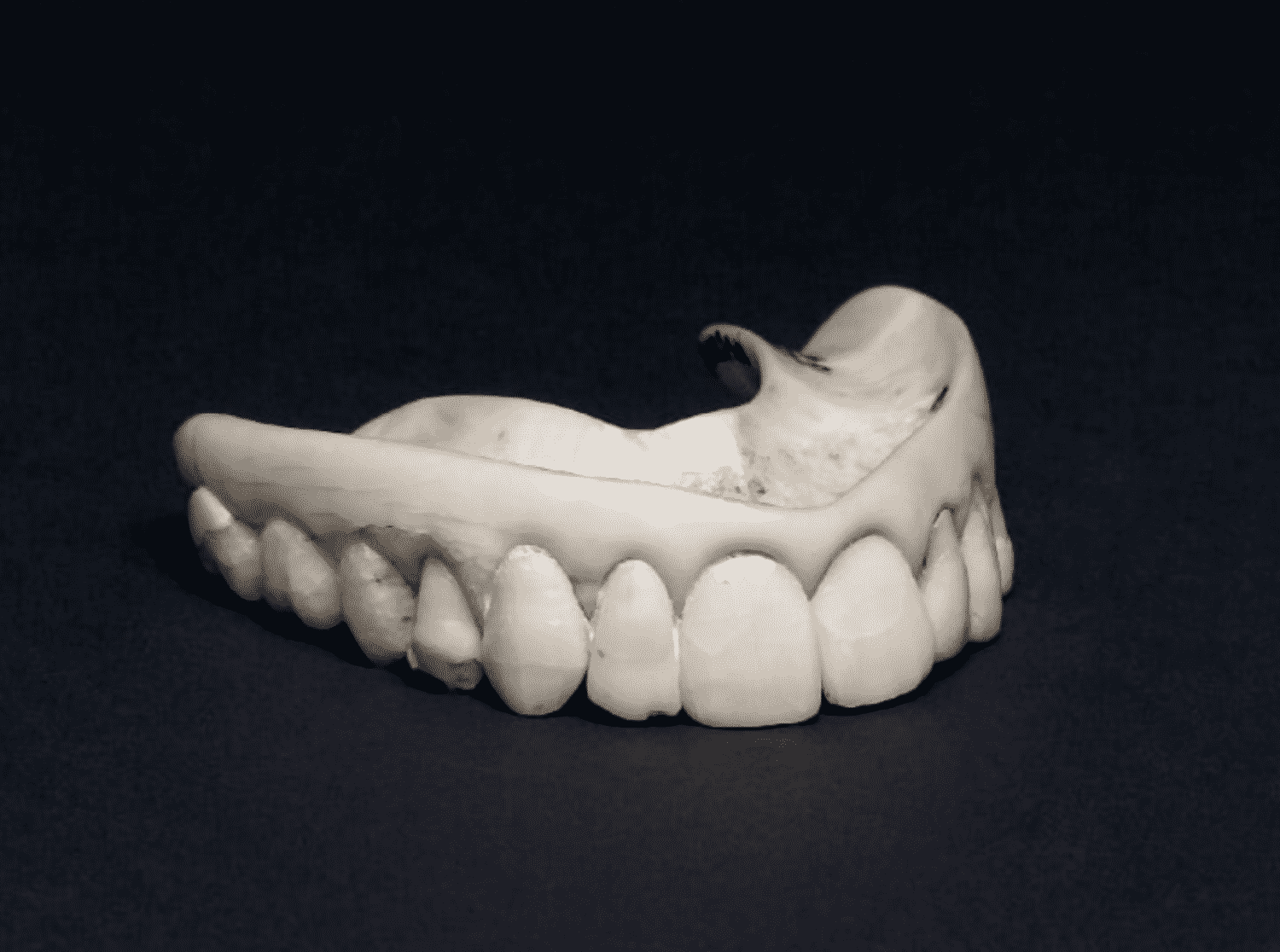 Nothing beats the real thing. In the 18th century, when people lost their teeth or they rotted out, it was desirable to have them replaced. Obviously, people wanted them to look real, but they took it a bit far by sometimes using real human teeth. Before porcelain dentures were introduced by Alexis Duchateau in 1774, folks would make dentures from human teeth, called “Waterloo Teeth”, after the battle of 1815 when teeth were taken from fallen soldiers. The most celebrated false teeth of all history actually belonged to George Washington, which were made up of hippo ivory, horse and donkey teeth, and human teeth. 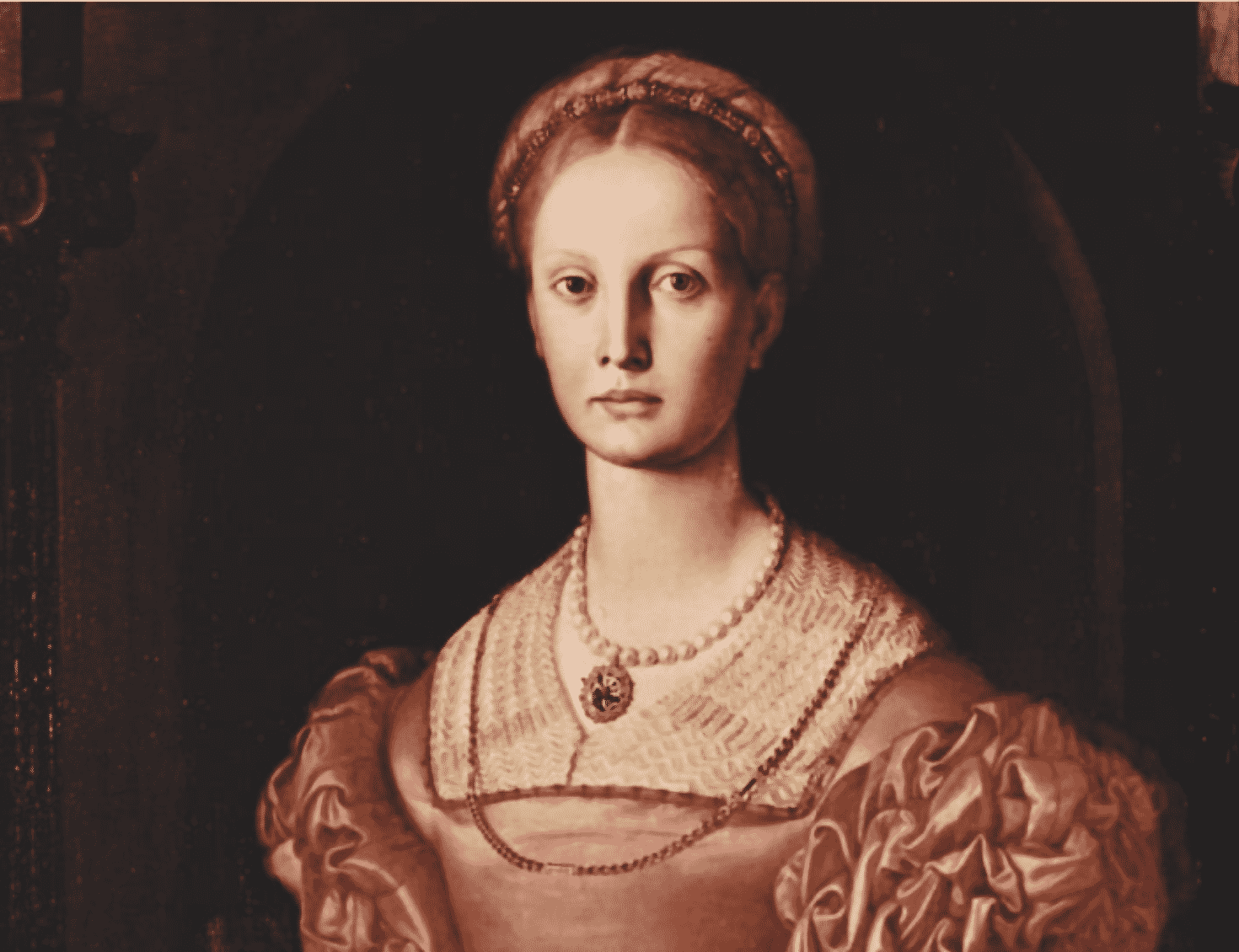 The name “Belladonna” means “beautiful lady” in Italian, and refers to a poisonous nightshade. As it happens, women used the plant in the 16th and 17th centuries to dilate their pupils, which was considered beautiful. Women also rubbed it on their cheeks to cause a red irritation, which was also desirable. Symptoms included congestive heart failure, hallucinations, stomach ulcers, rapid heart rate, and GI infections. 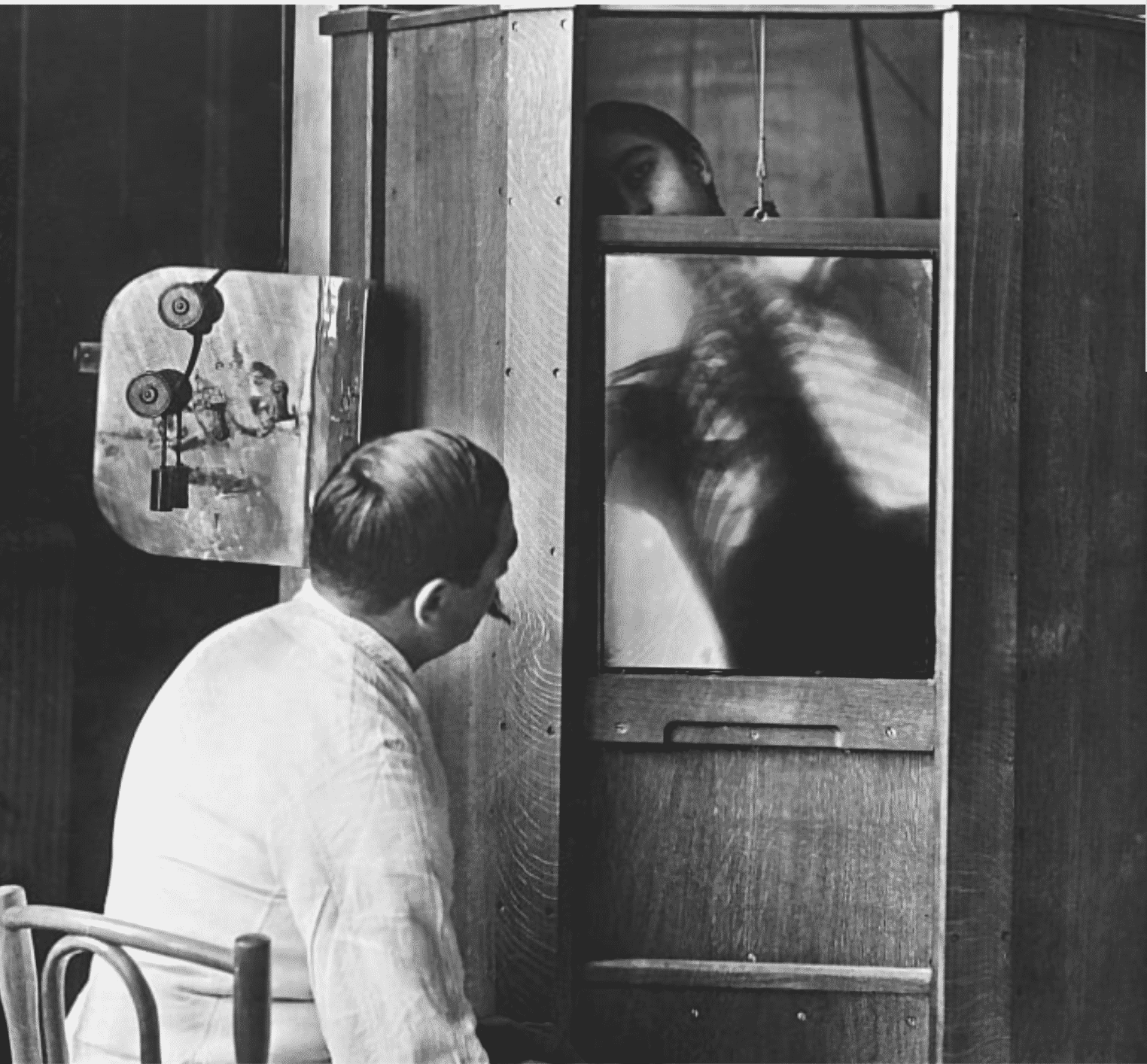 While one of the most painful and recognizable effects of cancer treatment is hair loss. In the past, people would willingly spend up to 20 hours under X-rays to make their hair fall out. In the early 1900s, folks didn’t have laser hair removal as an option so the dangers of radiation exposure seemed worth the trouble! 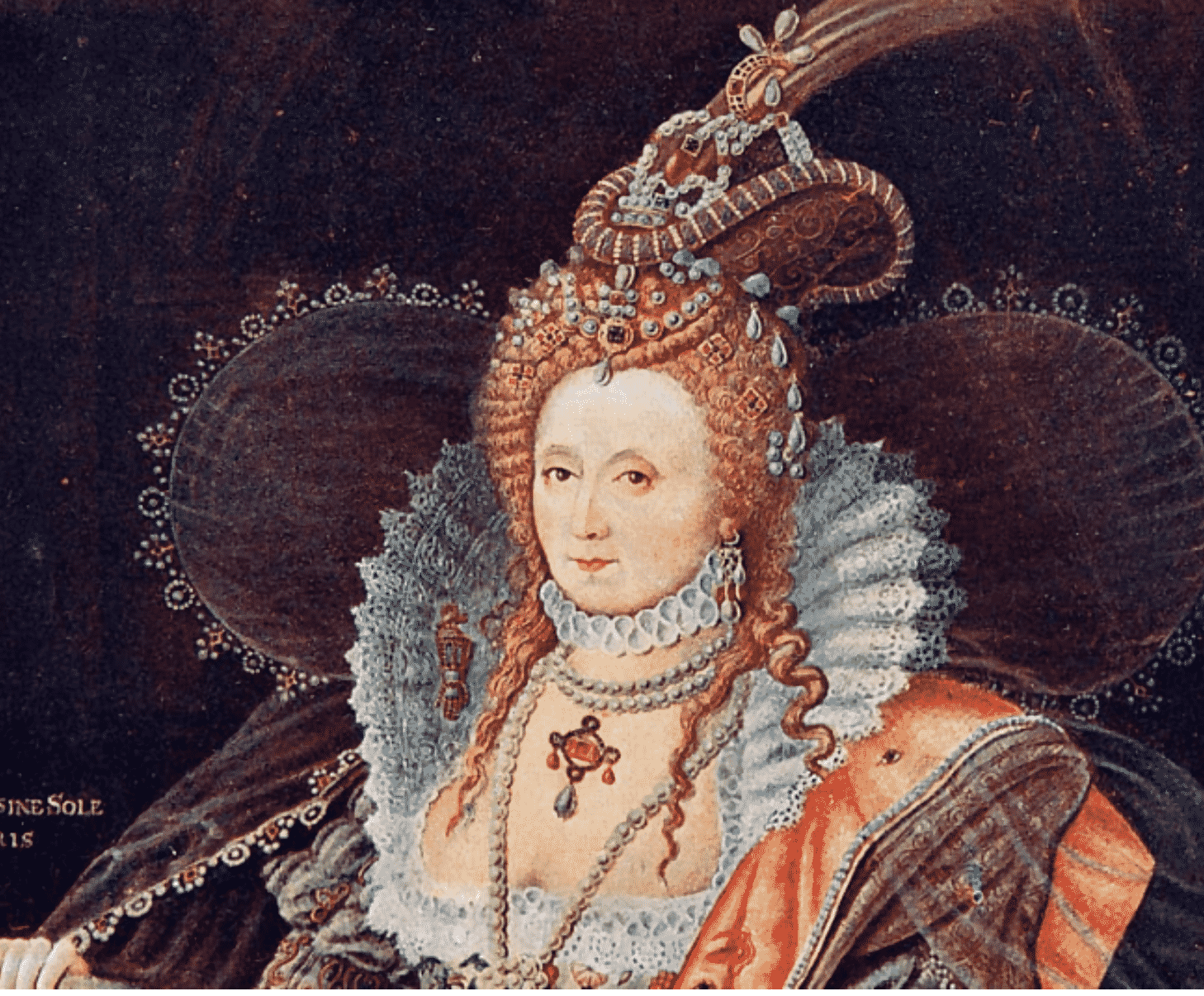 Beauty products have come a long way over the ages, and certainly hair products are no exception. Women frequently used urine to lighten their hair. This was made popular by the stylish Queen Elizabeth I of England with bright orange curls. She used a mix of toxic chemicals including urine to keep the desired shade. 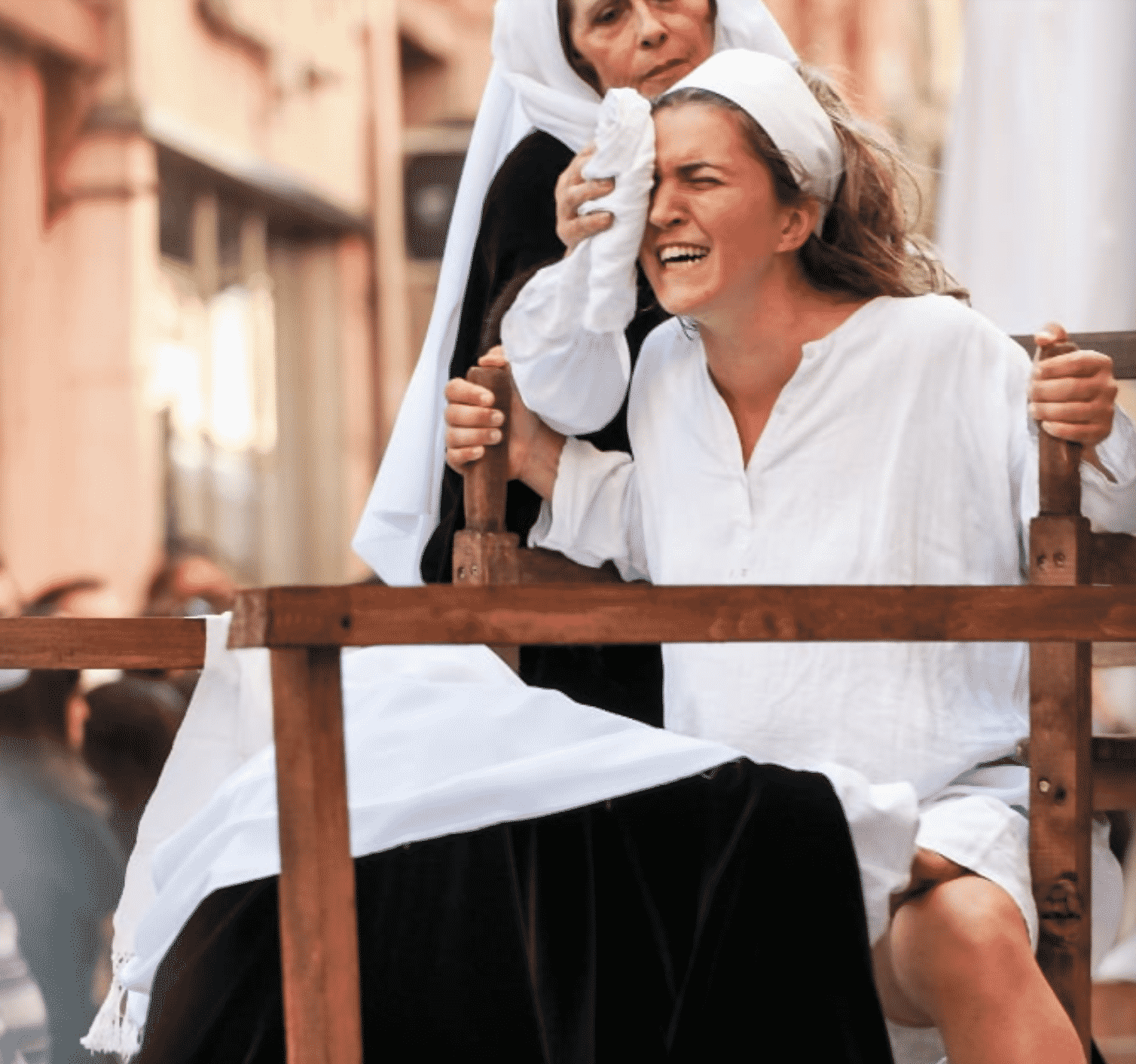 Childbirth was a very messy and dangerous event throughout much of history. In the middle ages, it was not uncommon for women to die in the process and pain management was basically impossible. Some tried eagle dung on the thighs of women having painful cramps. It is, for obvious reasons, doubtful that such approaches were effective. 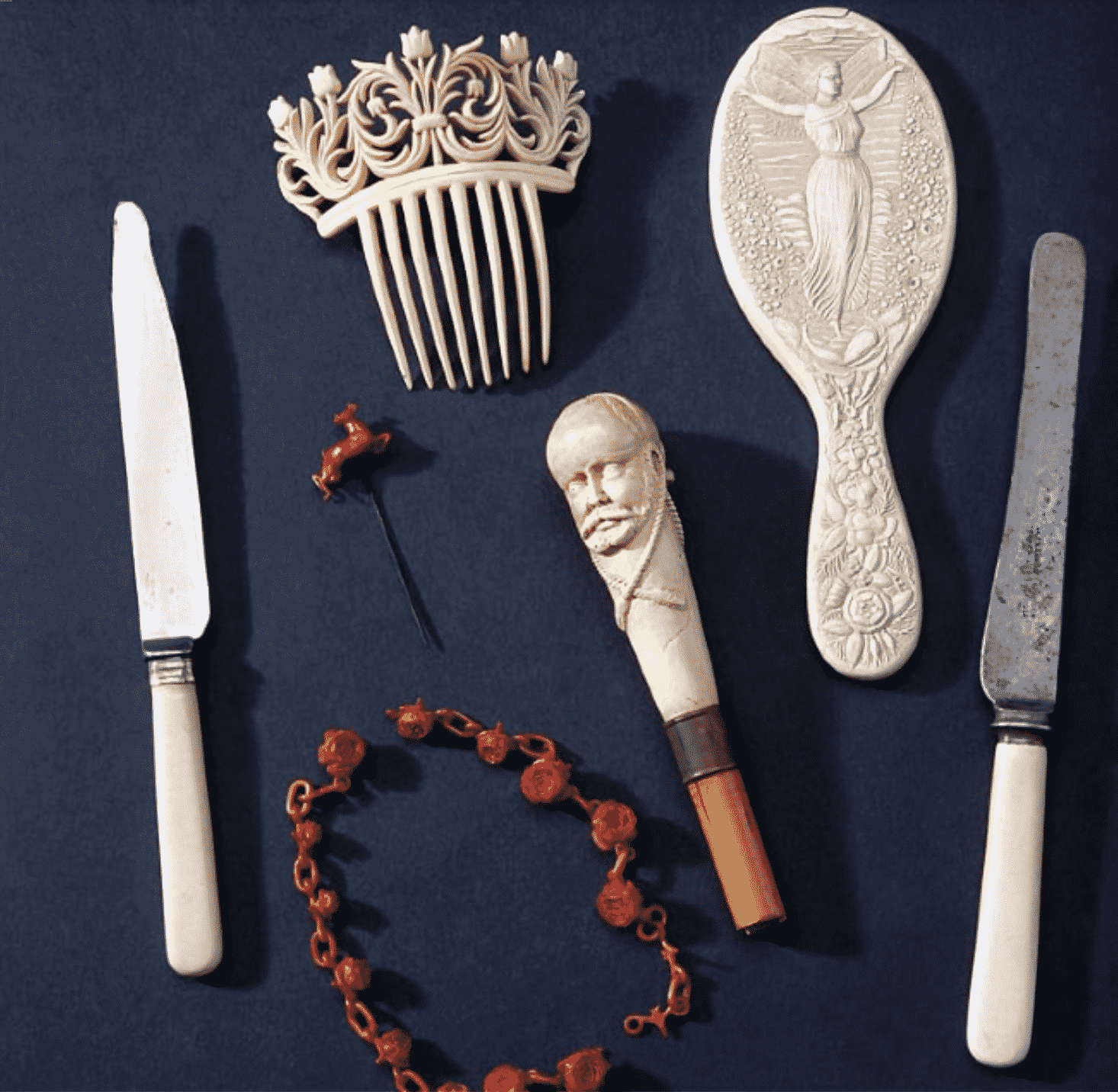 Many items in the late 1800s were made of a cheap alternative to ivory called celluloid. It is highly moldable and lightweight, however it is also combustible. All it would take is semi-close proximity to any heat source and it would explode. Many groomers lost their lives while combing their beards or hair. 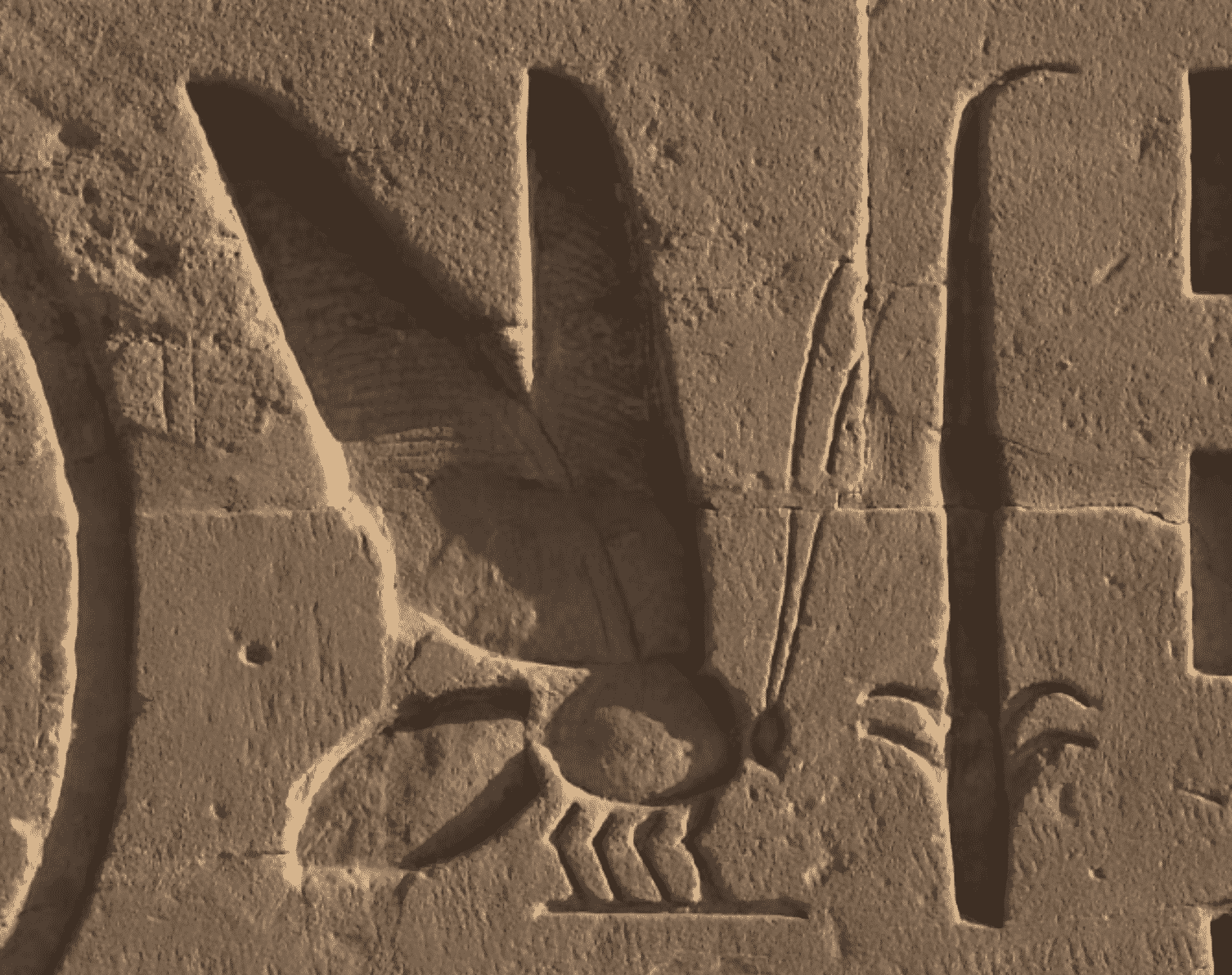 Most of us are familiar with the annoyance of flies. Mosquitos and flies can be serious pest whilst trying to enjoy time outside, with or without a yummy snack or beverage. In ancient Egypt, slaves would dip themselves in honey to repel flies from their Pharaoh. The practice was made popular by Pepi II Neferkare, who ruled from age nine to over one hundred years old. At least the slaves got the skin benefits of honey!

The 18th century is known for an overconsideration of appearances. It conjures images of ladies in large wigs, puffy dresses, and red cheeks and lips. Women would also, as it happens, shave their eyebrows off and replace them with mouse skins in the shape of fuller brows. 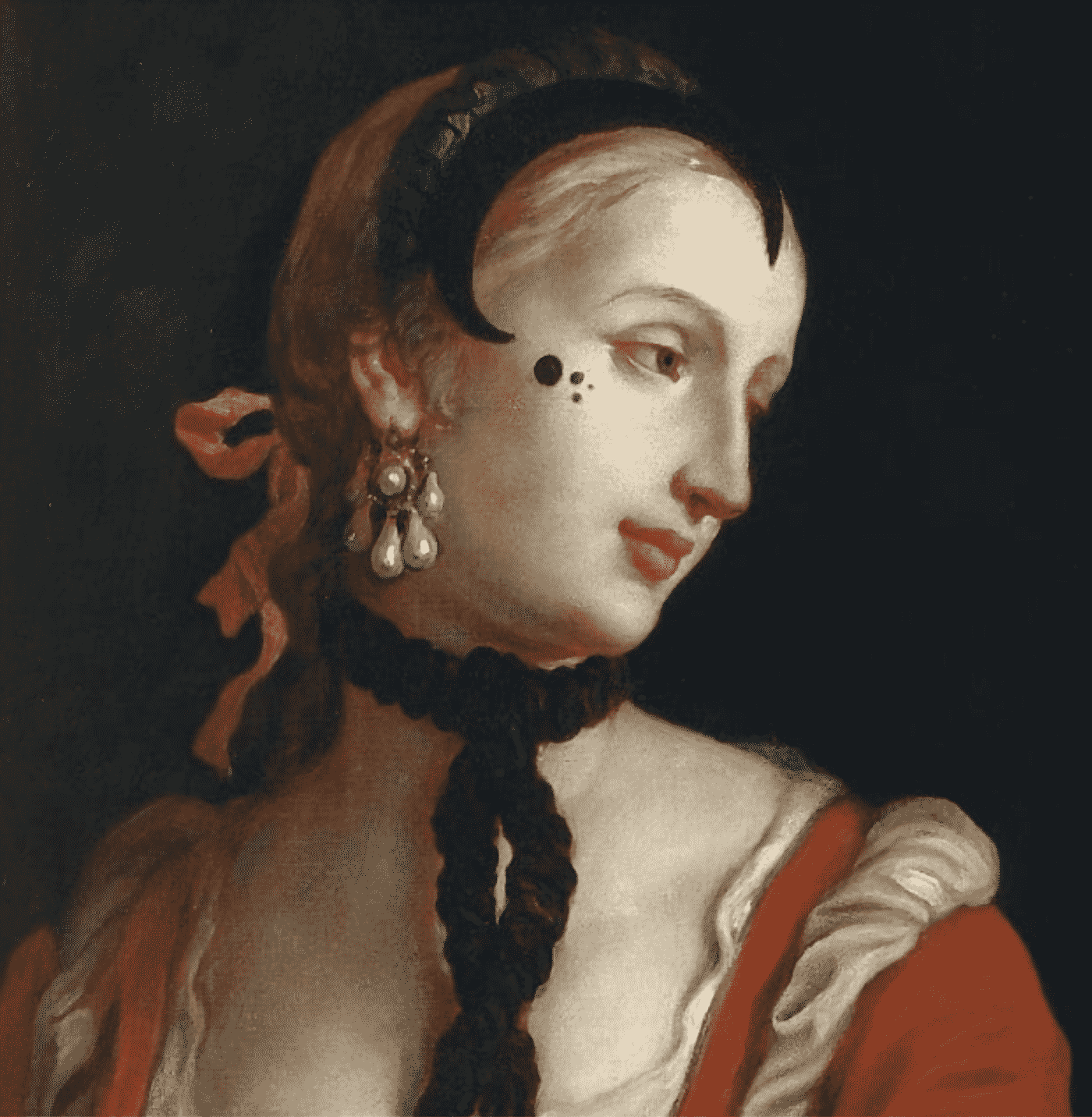 Still commonly used in beauty products today, powdered chalk is often used as a setting powder for ladies’ makeup. Though limestone is toxic to ingest, women in the 18th and 19th centuries would eat chalk as well as smothering their faces with it. 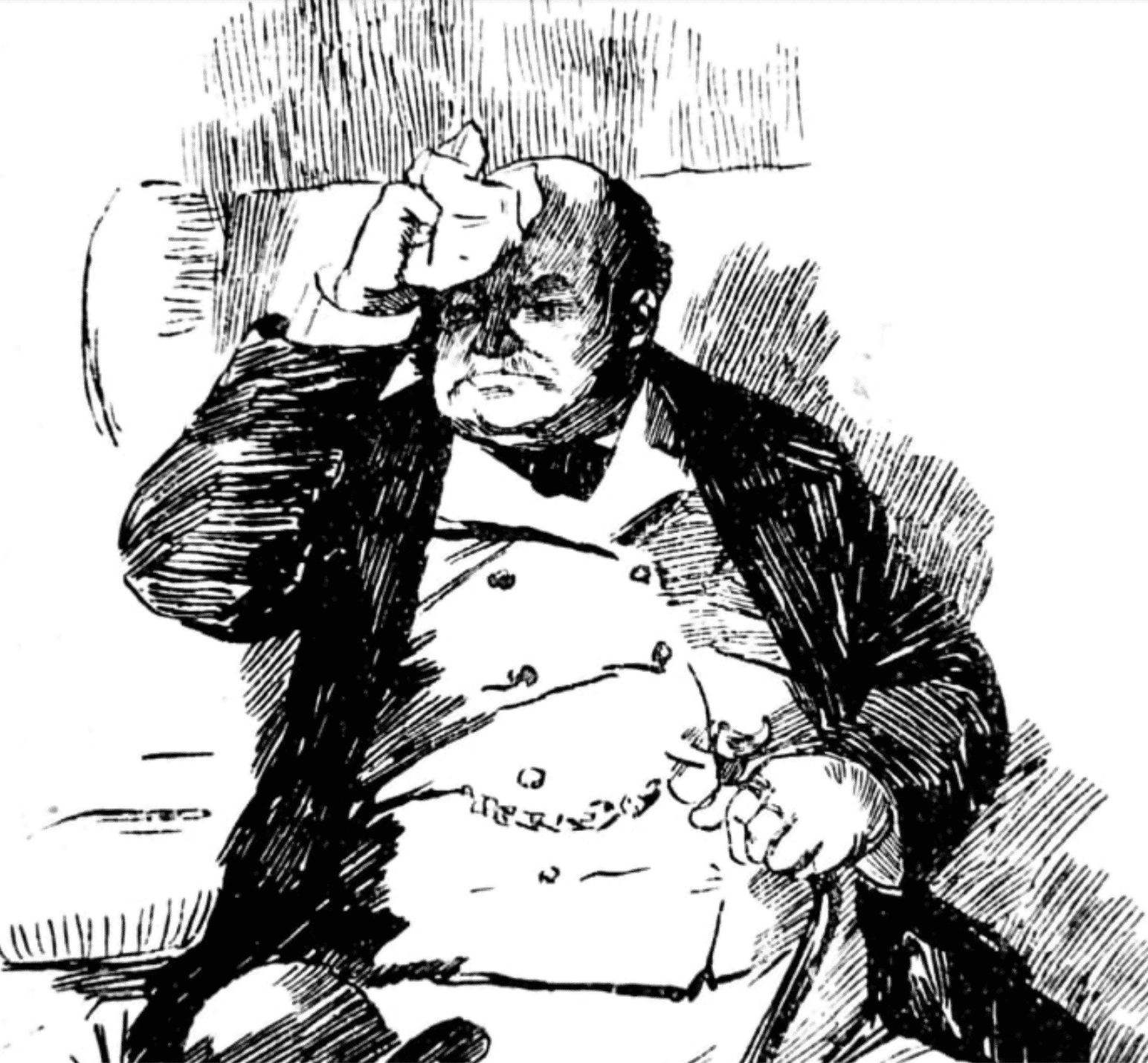 Baldness has never been trendy. In the old days, men would rub chicken poop on their follicles in order to grow hair again. Clearly, that didn’t work! It was probably the original case of “don’t believe everything you read”. 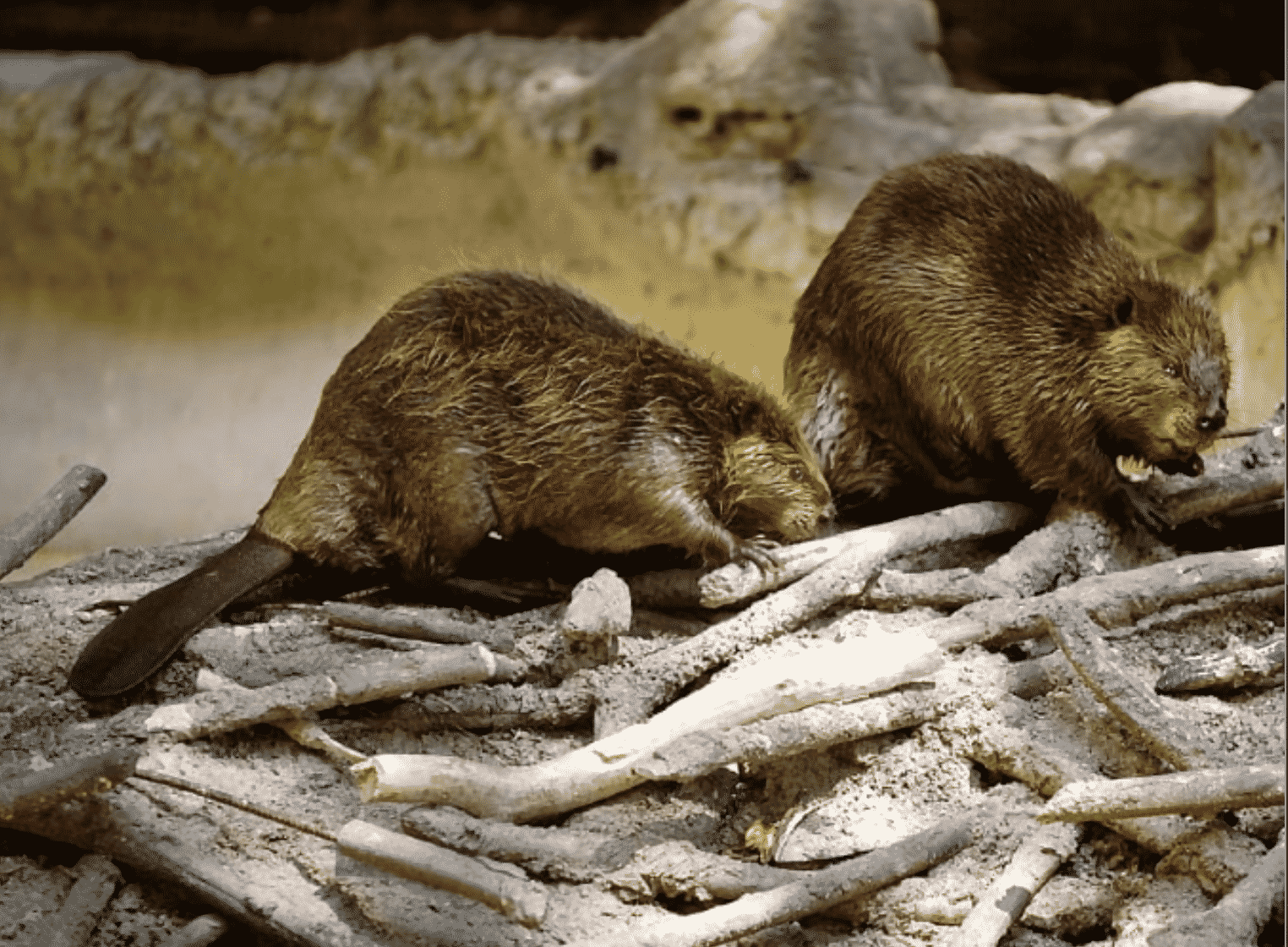 Native Canadian women in the 16th century used a potion made from beaver genitals to supposedly prevent conception. That’s one way to do it! 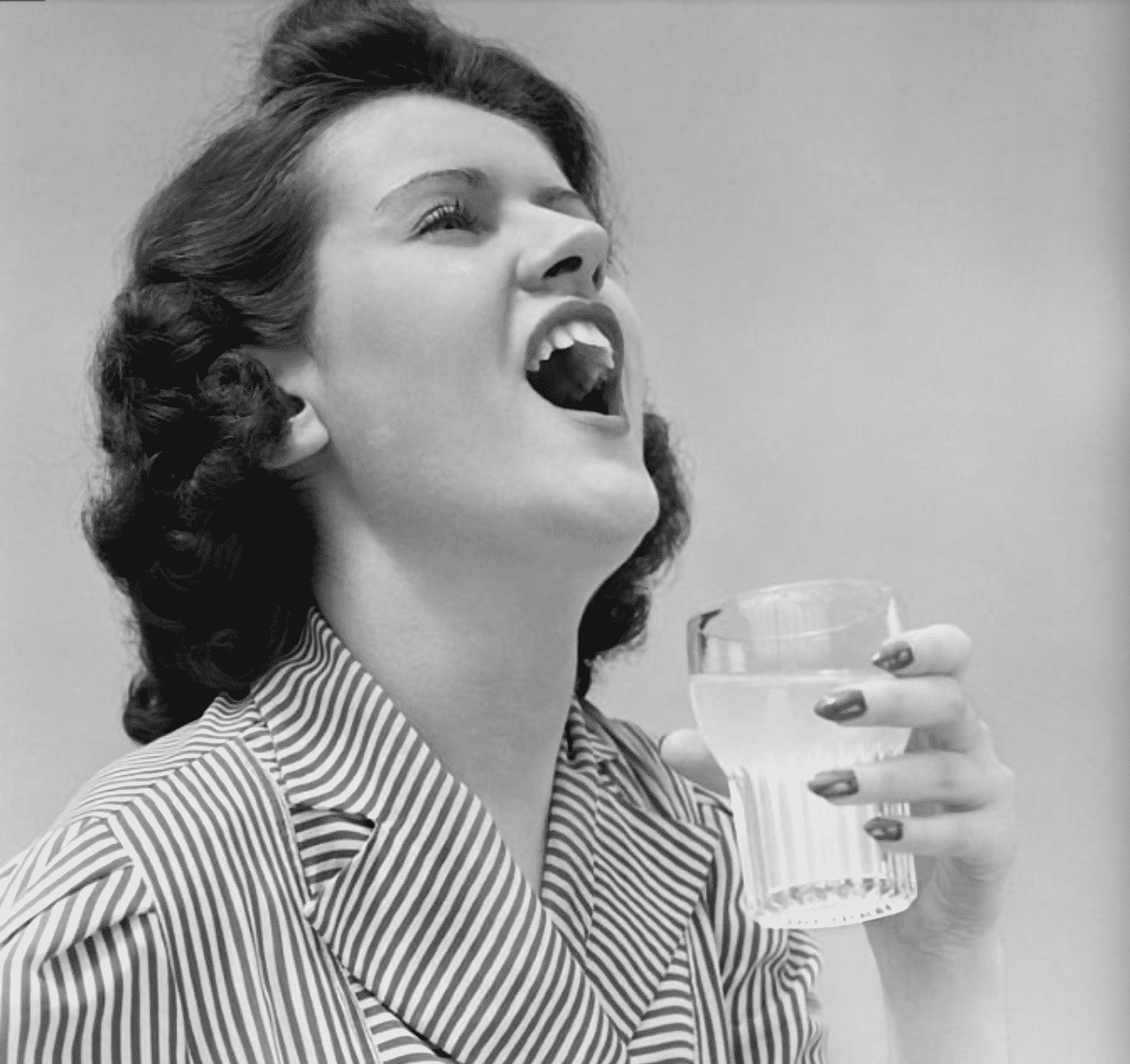 Humans have come up with many ways to handle morning breath. One of the more unique approaches: urine as mouthwash. That’s right: Ancient Greeks and Romans would gargle their own urine to keep their mouths fresh. Don’t try that at home! 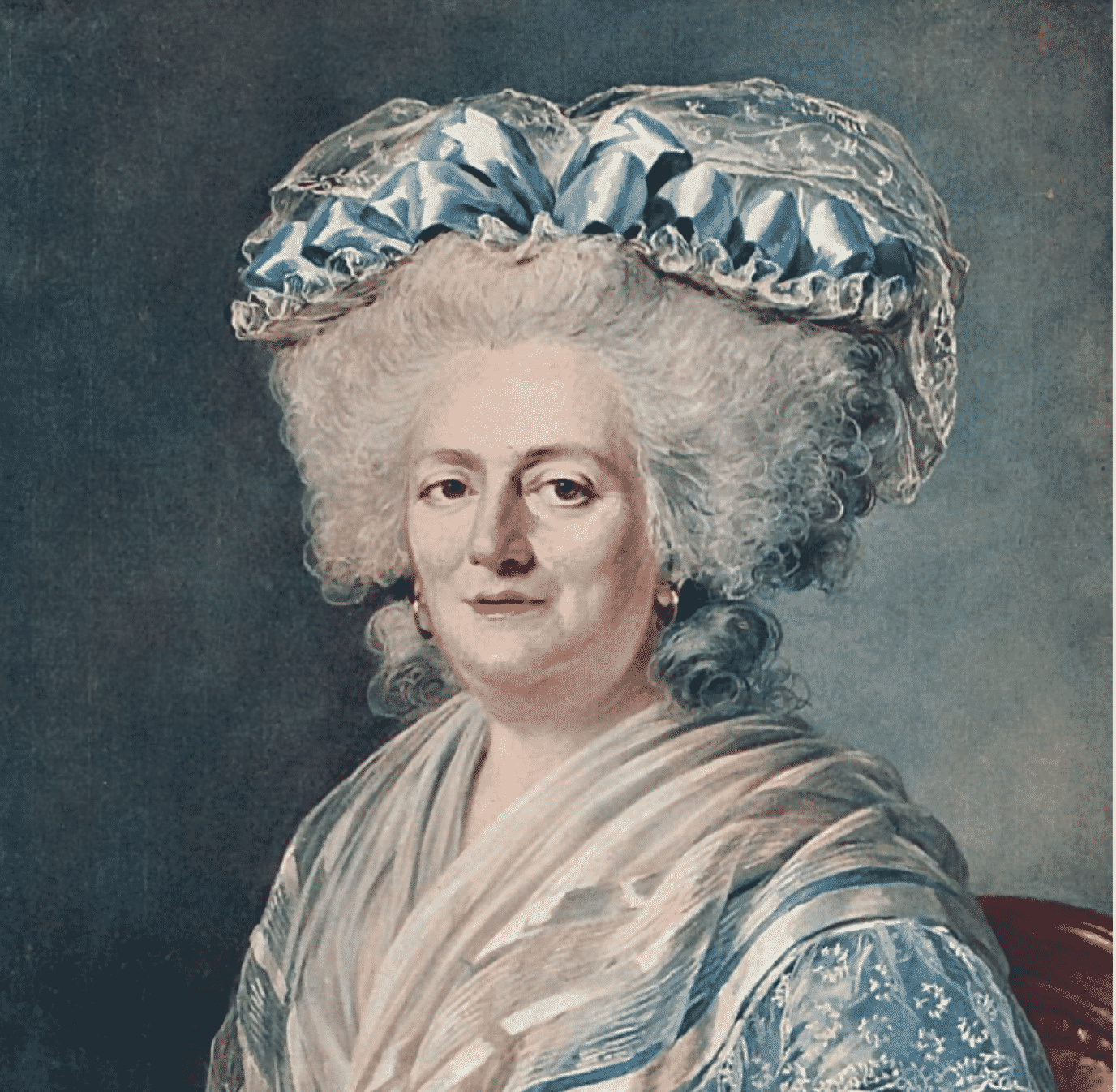 Before the crazy 80s hair trends, women in the 1800s would use lard in their hair to keep their hair standing up. This way, they could forgo washing for weeks at a time. Unfortunately, there were some negative side effects to this practice like attracting insects and scalp infections. 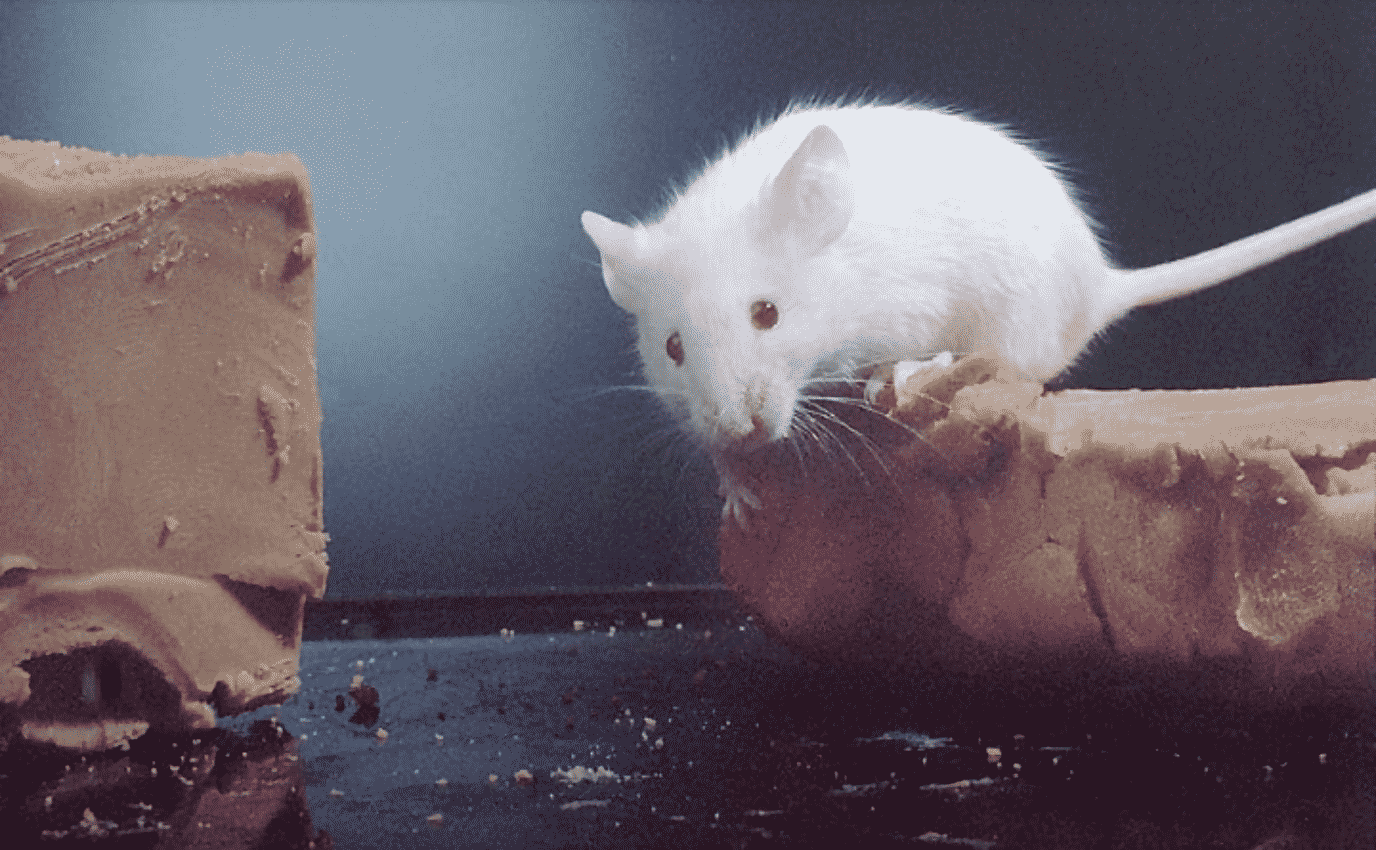 Tooth brushing hasn’t always been a pleasant task: Ancient Egyptians would brush their teeth with ash from ox hooves and egg shells while Greeks and Roman s would use bone, oyster shell, bark, charcoal, and mouse brains as a sort of toothpaste. It wasn’t until the Persians discovered that abrasive powders like herbs, crystallized honey and burnt snail shells would scrape away tooth enamel build up in 1000s A.D. that people enjoyed anything close to what we associate with tooth brushing. 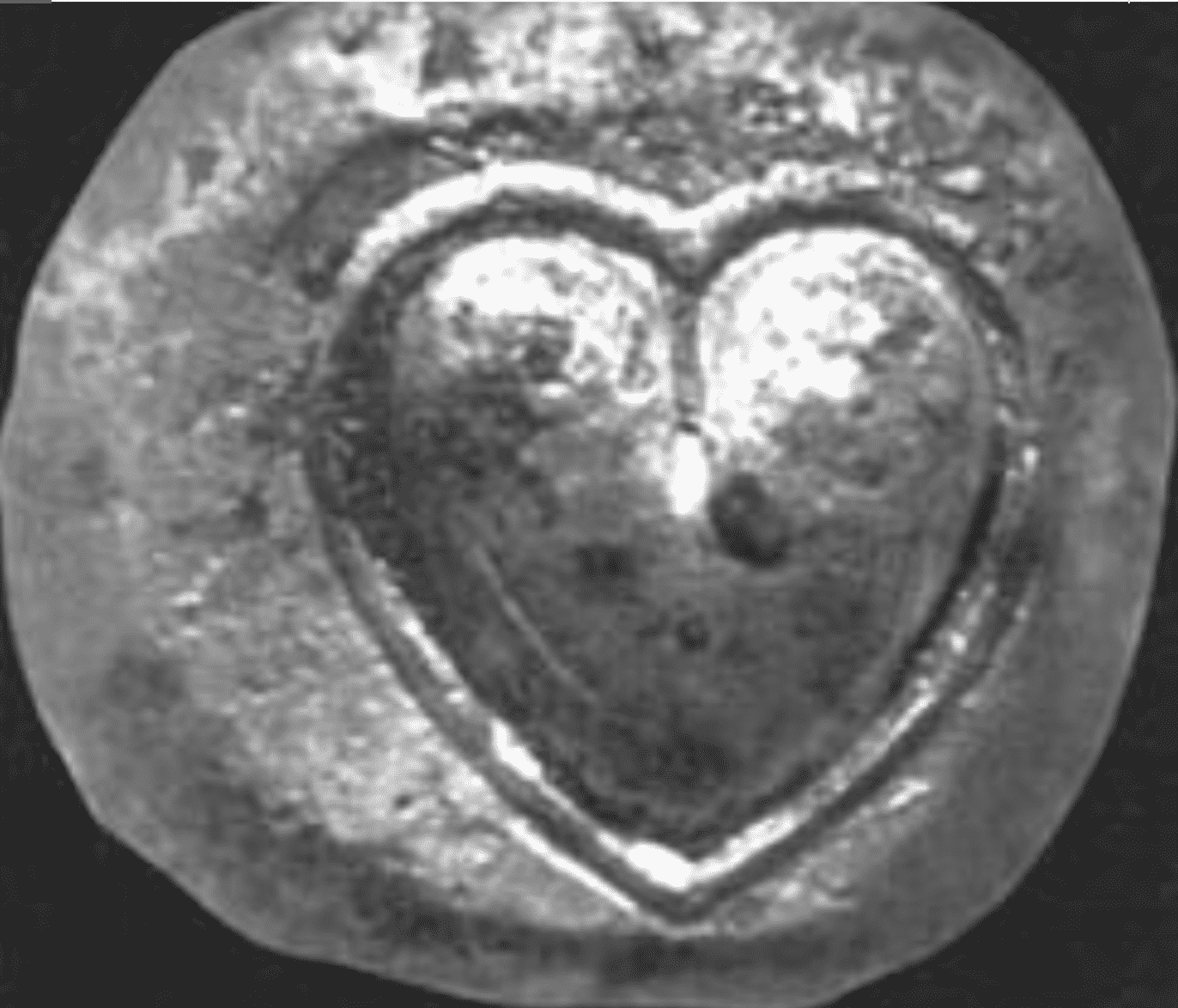 Although now extinct because the Romans consumed all of it, Silphium was once used as birth control. It was so popular among promiscuous ancient civilizations that they printed it on coins. It was also used for curing madness…perhaps the “madness of love”? 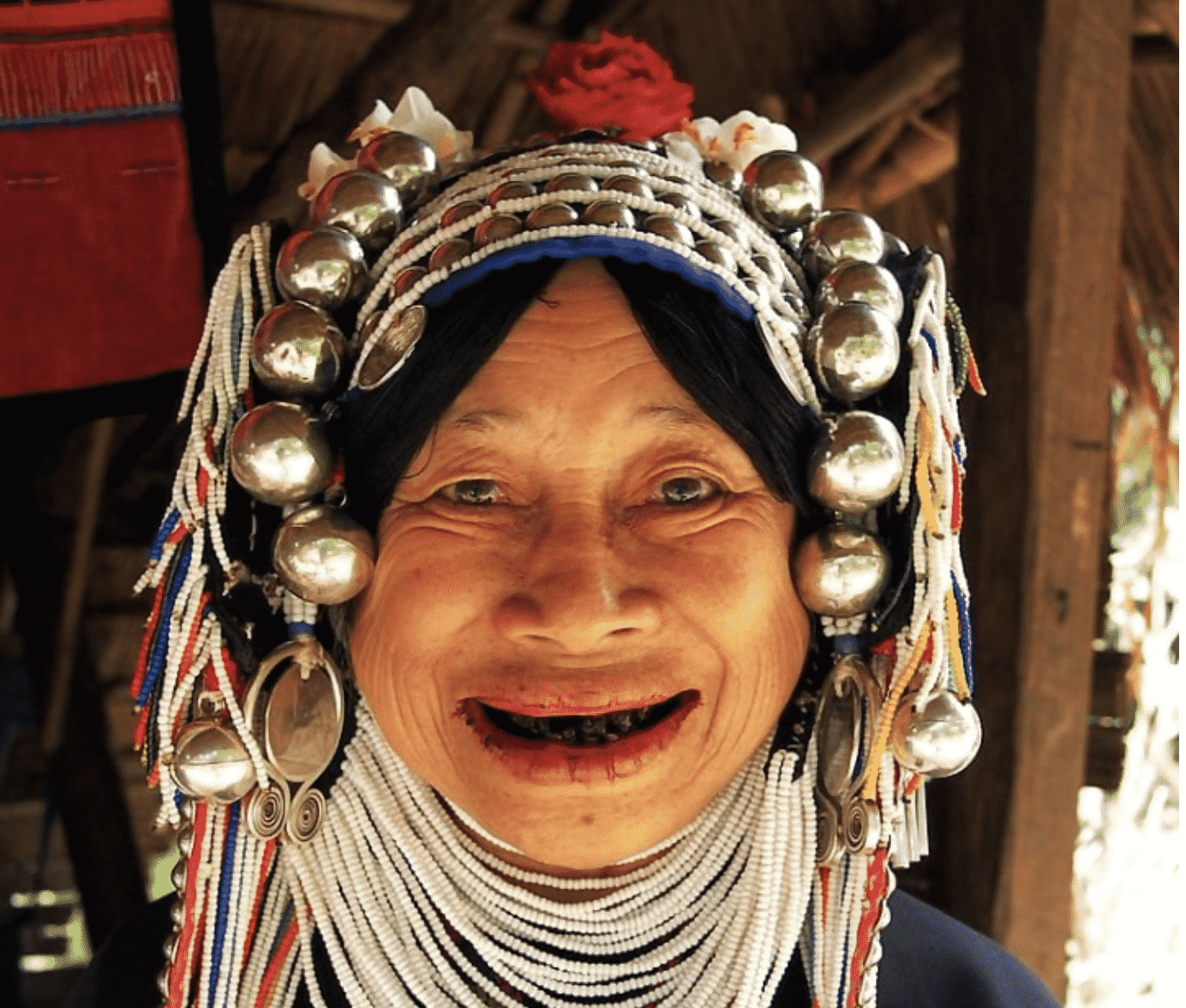 The process of “ohaguro” in Japan included dying teeth black with shiny pitch in the late 20th century. This has continued to be popular in tribes of Southeast Asia and was seen as a sign of beauty and maturity. It is pretty obvious why it’s not popular, though there were benefits: coating teeth in lacquer protects them from cavities. 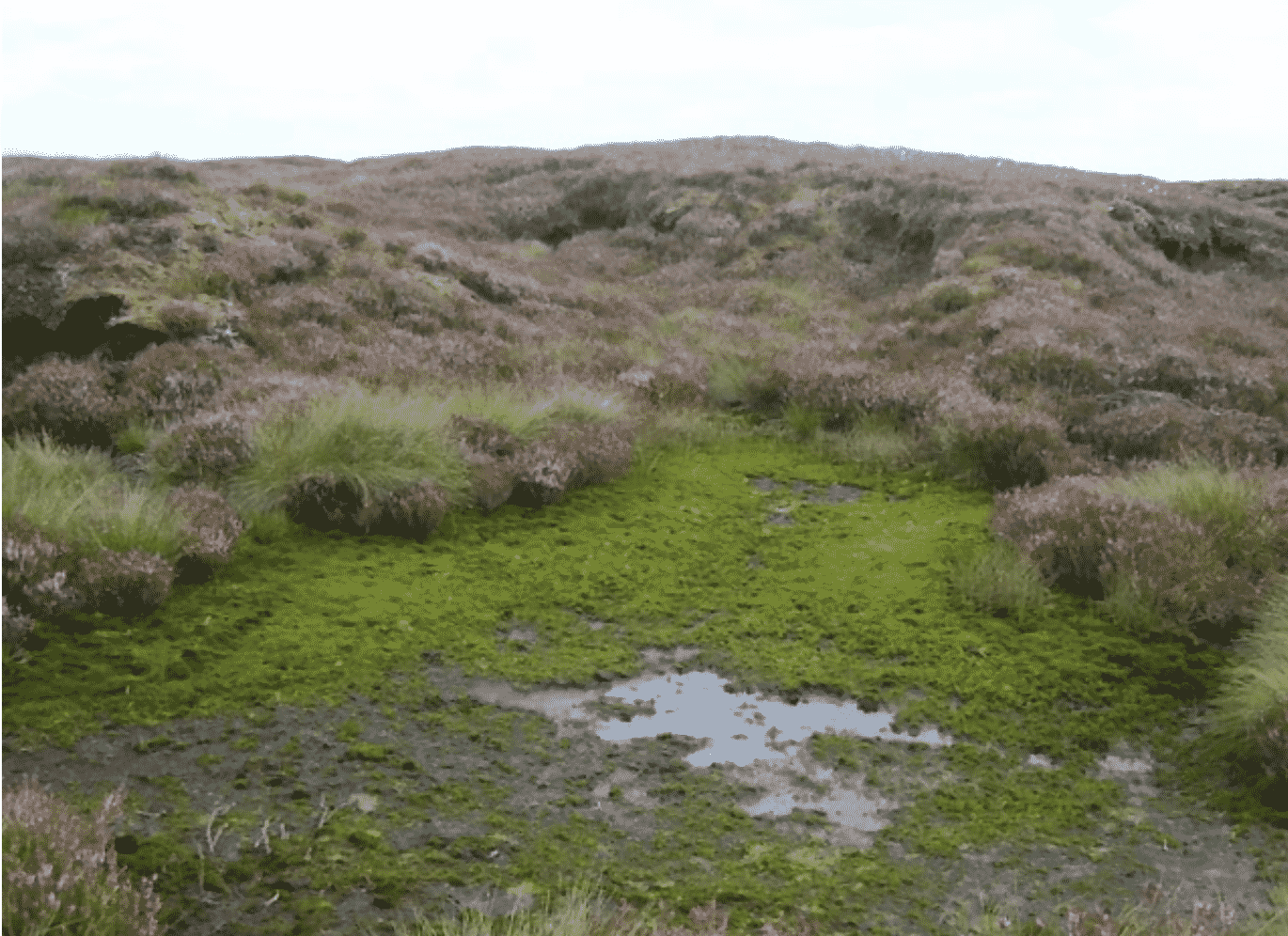 Before cotton and latex pads and tampons, women used moss. Just think about that.

24. Gingivitis For the Privileged 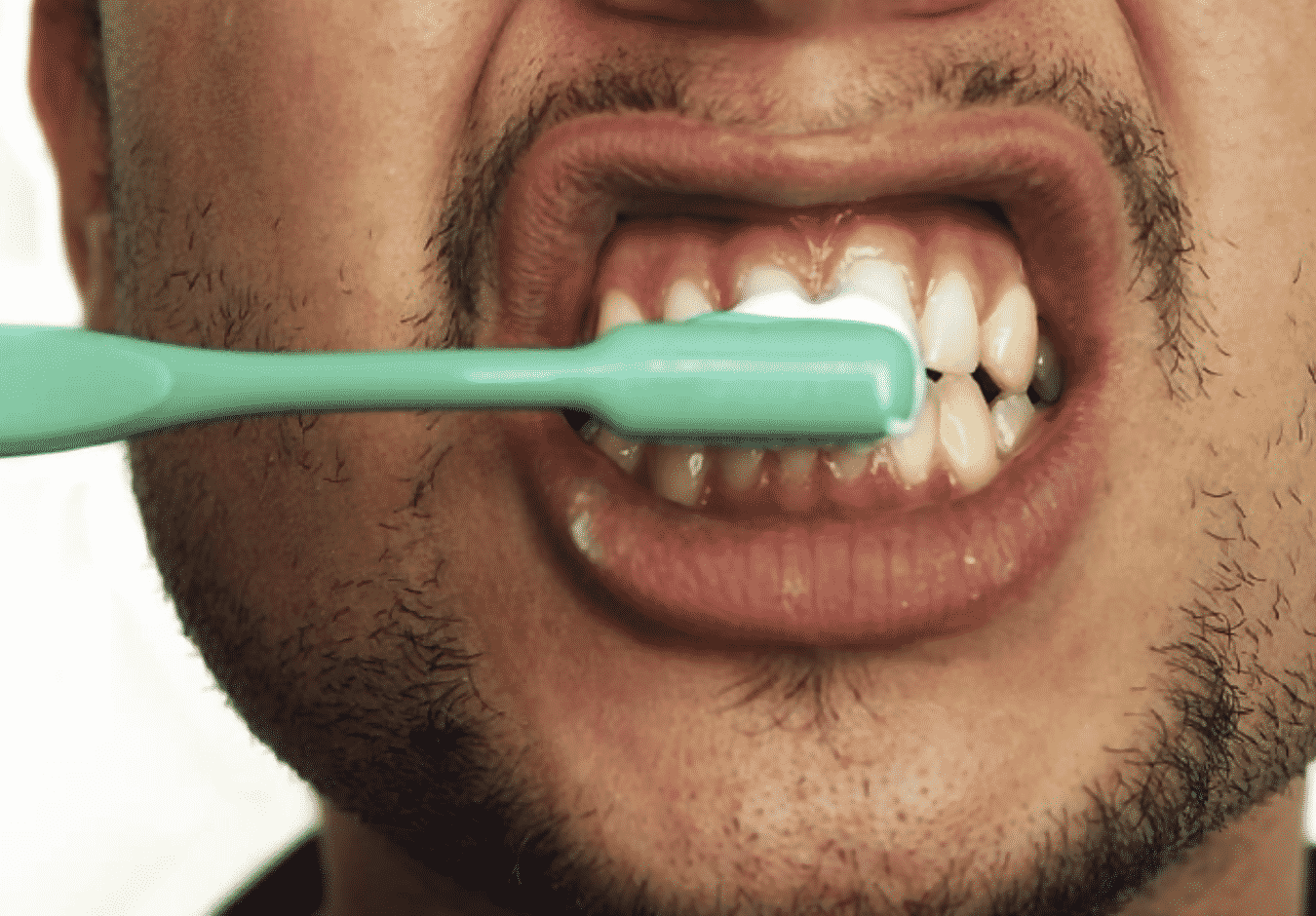 In Britain, people could literally “check their privilege” by checking their mouths: Gingivitis was seen as a mark of the upper class as sugar damaged gums and sugar was expensive, ergo, only wealthy people had gum disease. Apparently, the impoverished would attempt to replicate this by damaging their own gums with chemicals in the Elizabethan era. 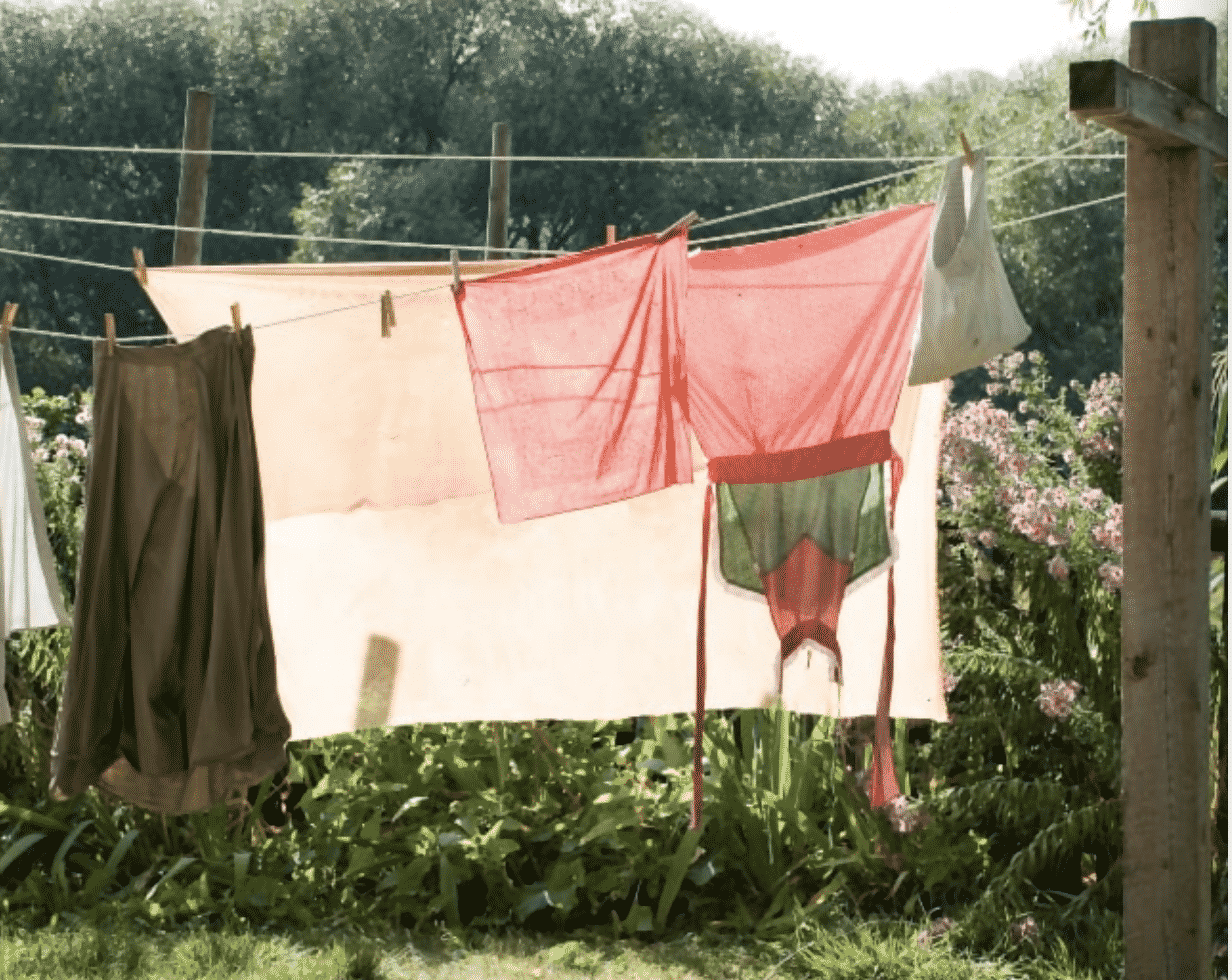 Before Gain was around, folks used urine to clean clothes. We don’t even want to imagine how they smelled when “clean”, let alone a few days later.

Outsourcing web development. Problems and Solutions
How to Prepare for Fire Season
Will Social Media Be Used Against Me in a Divorce and How to Protect Yourself from This
Getting ready to buy your dream home this year? Be smart and be prepared…
Disney Movies Paused at Just the Right Moment
Artist Reimagines Celebrities as Disney Characters
Disney Memes Guaranteed to Make You Laugh
Disney Memes That Are Too Relatable
Disney Characters In Real Life? Check This Out!
Kids Say the Darnedest Things
It’s Time for These People to Just Give Up
Famous Actors Who Were Blacklisted from Hollywood
ADVERTISEMENT
300x250_Desktop_ATF1
ADVERTISEMENT
300x250_Desktop_ATF2