8 of the Most Complex and Inspiring Architectural Projects 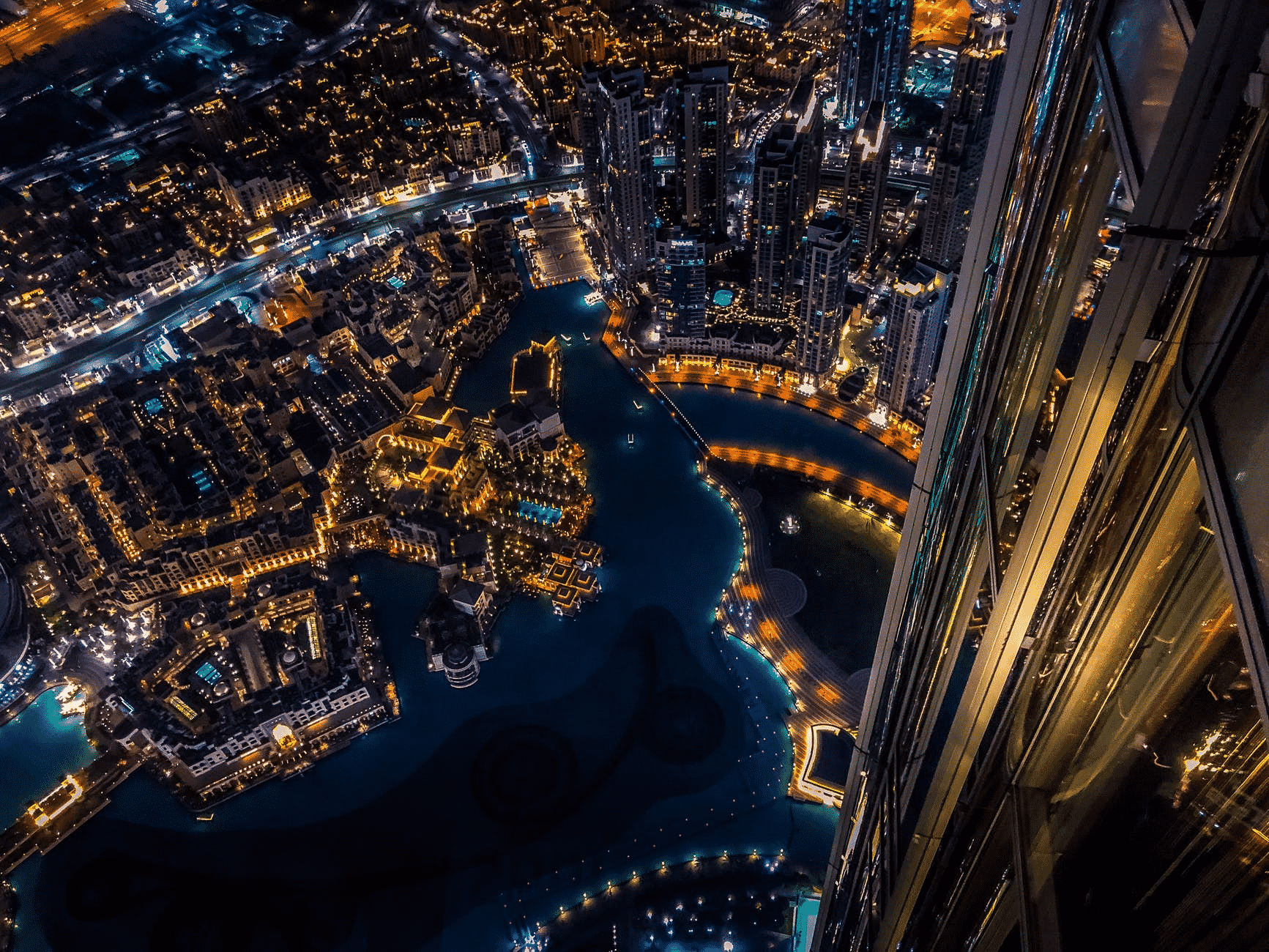 There are numerous architectural marvels from throughout history, from the Great Pyramids to the Christ Redeemer statue. As new technologies continue to emerge, innovators and architects can now create even more impressive feats of wonder. Even so, some dream projects are years ahead of what we can possibly bring to realization today.

Here are some of the most complex and inspiring architectural projects from recent history.

Outside the Ordos Museum in Kangbashi, Ordos in Inner Mongolia, China, is an architectural sign showing the prancing horses that have become synonymous with this controversial ghost city. Experts in architectural signage stress the importance of the harmonic cooperation between designers, architects, and signage professionals in achieving the most successful outcome for even the craziest design ideas. That idea is punctuated throughout the near-empty streets of Ordos and the revolutionary Ordos Museum.

The 29,000 square foot building is designed to invoke sacred geometry. It has the appearance of a spaceship that accidentally found its way to this abandoned town in China. What makes this space so complex is the targeted disproportions, with small corridors in some areas and massive openings in others. While light is permitted to flow freely in some areas, the curving walls in display rooms are designed to limit the sun’s direct impact on the priceless works of art inside.

Water is a central and elemental feature in the dramatic architecture that is the Los Cabos Viceroy. Colloquially known as the Mar Adentro (Sea Inside), this luxury hotel was designed so that guests feel as if they are walking on water. From the auditory features to the visual designs, guests can see or hear the water from every common area.

In addition to the challenge of incorporating water as a dominant design feature, this piece was created as a universe apart from the bustling city behind it. Every section is designed to be both autonomous and versatile, creating a truly unique experience for guests.

The $4 billion Oculus building at the former World Trade Center site in New York City has been a controversial piece of architecture since its inception. Designer Santiago Calatrava wanted to create a space that was both functional and emotional, conveying the weight of the location. As such, the idea for the wings of a phoenix rising from the ashes was born. Additionally, the bunker-like complex that’s simultaneously closed and secure while being bright and open strikes a nuanced balance that’s difficult to capture in architectural design.

What’s perhaps most fascinating about this illustrious project is that Calatrava’s fee was a mere 2% of the total cost — far less than one would expect for such a complex project. The initial backlash over the decade-long project has ended, but the power of this beacon of hope has not.

The Broad Museum in downtown Los Angeles takes a different approach to the Ordos Museum’s efforts to let in natural light while protecting the treasures contained within. Design firm Diller Scofidio + Renfro accomplished this task with the Vault and the Veil.

The Vault is the core of the building, a solid mass visible throughout the museum, acting as a guide from entrance to exit. The Veil exists as a separate structure enclosing the museum proper, with the two coming together at the ceiling of the top floor. The Veil comprises honeycomb-like shapes that allow natural light to enter without allowing direct sunlight onto the exhibits.

In addition to this bold architectural design, the Broad also has a LEED Gold certification for its sustainable and eco-friendly features.

This lesser-known building just outside of Toronto, Canada is one of the few residential buildings to make a profound architectural statement in recent years. The Absolute World complex boasts two condominium towers that overshadow other buildings in the vicinity, both in terms of height and design.

What makes the innovative Absolute World towers stand out is the undulating design that creates the image of separate floors staggered along a vertical axis. The fluid, curving effect has earned the towers the moniker “The Marilyn Monroe Towers” among locals. Rather than following the typical framework of clean vertical lines, the Absolute World buildings have a stunning balcony around every floor, adding to the mirage.

The designers at MAD Architects brought this piece to realization with strategically placed load-bearing walls. The curvature of the building helps improve its aerodynamic qualities, creating less wind resistance that allows for more stability and safety.

The completion of Apple Park is perhaps one of the most prolific architecture feats in recent history; there’s no other space like it on the planet.

The designers at Foster + Partners were presented with the monumental task in realizing Steve Job’s dream for the Apple campus in Cupertino, California: a seamless blend between the peak of technology and the organic surroundings. The ring-shaped building is entirely eco-friendly, with solar energy panels encompassing the roof and well-placed ventilation for natural airflow.

Within the ring, you’ll find drought-resistant fruit trees that are meant to withstand climate change. It should come as no surprise that the Apple campus uses fruit and technology both symbolically and functionally. However, the fact that designers were able to execute this spaceship-like project is incredible.

The HARPA Concert Hall in Reykjavík, Iceland, may not have the notoriety of Sydney’s famous Opera House, but it’s equally worthy of attention. This oft-overlooked gem was created by a team of architects from different firms who came together to create a building that captures the magic of the sky above it. Composed of massive glass and steel bricks that light up with the help of ingrained LEDs, the HARPA shines like the Northern lights along the water.

The geometry of the building, with subtle tilts and angles, also stands out against the boxy grey buildings that dominate Reykjavík. This architectural feat showcases what designers from different backgrounds can accomplish when they come together.

Standing at 2,722 feet tall, the Burj Khalifa in Dubai has held the title of the world’s tallest building since its completion in 2010. As with many skyscrapers, the challenge with building something so high is testing the wind resistance and ensuring the structural integrity of the building.

In addition to the complexity of building such a gargantuan structure, the Burj Khalifa also houses one of the world’s highest swimming pools. While visitors to the building might not notice the natural swaying of the building, designers were tasked with creating a pool that wouldn’t spill out or overflow during high winds.

Another significant design challenge for the Burj Khalifa was the extreme desert heat. To maintain the structural integrity of the building, designers incorporated a glazed coating to reflect the sun’s rays. This consideration also played a role in the construction process. Workers mixed concrete by night to avoid cracking, even using ice to guide the process when the temperatures were overwhelming.

Everything from the shape of the building to the positioning is built with weight, wind resistance, and heat in mind. To date, there is perhaps no other design and construction project that tops the Burj Khalifa in complexity.

Every year, skilled architects and designers challenge the status quo and create something extraordinary. It’s fascinating to consider which of these wonders of the modern world will become the next Chichen Itza or Colosseum — of course, only time will tell.

Top 5 Data Recovery Software In 2021
Behind the Lens in the Capital: A Look at Filming Venues in Washington D.C.
Digital Trends That Will Transform The Online Gambling Industry in 2021
Printing Photos At Home – A Quick Guide To Photo Paper
Choosing the Right Laptop for Photo Editing
Hype app Clubhouse Under Fire – Personal Data Issues
What You Should Know About Designing Church Banner
8 Tips For Effective Marketing
What is a No-Code Web Builder?
The Oddest Things People Have Seen In The Airport
The Burden of Power: 5 Tips on How to Be a Good Boss Straight out of College
The Important Occasions You Should Remember In A Relationship And How To Make Them Unforgettable
ADVERTISEMENT
ADVERTISEMENT